New York City—the undisputed birthplace of hip-hop. An amalgamation of musical styles, the genre has evolved from a party in the South Bronx to a worldwide phenomena that has permeated nearly every facet of culture. Athletes want to be rap stars and designers collaborate with the hottest emcees; even the former President had hip-hop in his playlists. Thanks to influential, music-driven restaurants like Charlie Bird and Pasquale Jones, the food scene is no different.

Launched in 2013 by chef Ryan Hardy, wine consultant Robert Bohr, and sommelier Grant Reynolds, Charlie Bird is a casual SoHo restaurant with phenomenal food, wine, and a hefty dose of hip-hop. The music flooding the restaurant is true to its creative menu: Rather than pressing play on a Pandora playlist, the restaurant’s soundtrack is carefully curated over countless hours by the restaurant’s Head Bartender and Music Coordinator, Charlie Reyes. 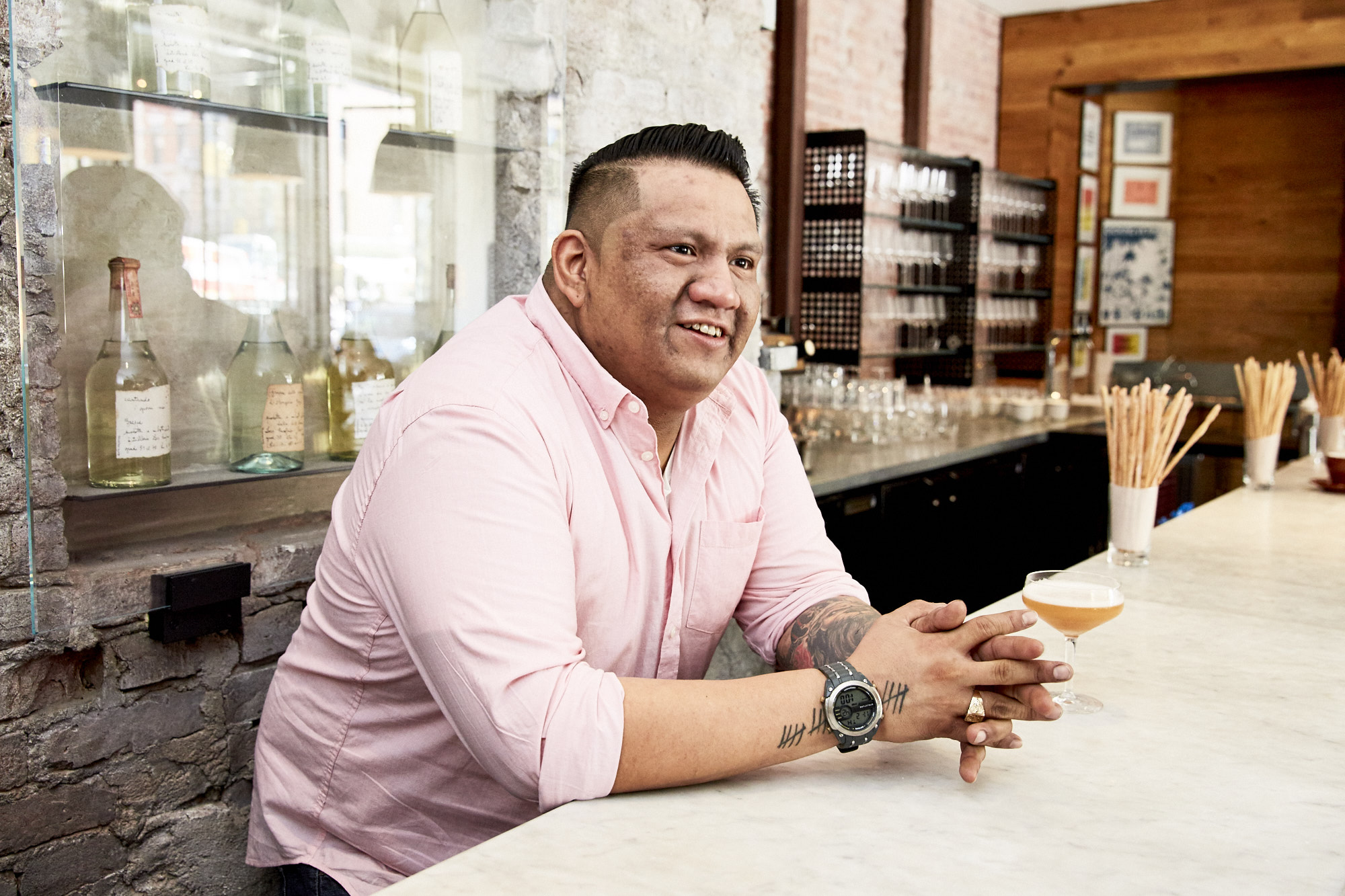 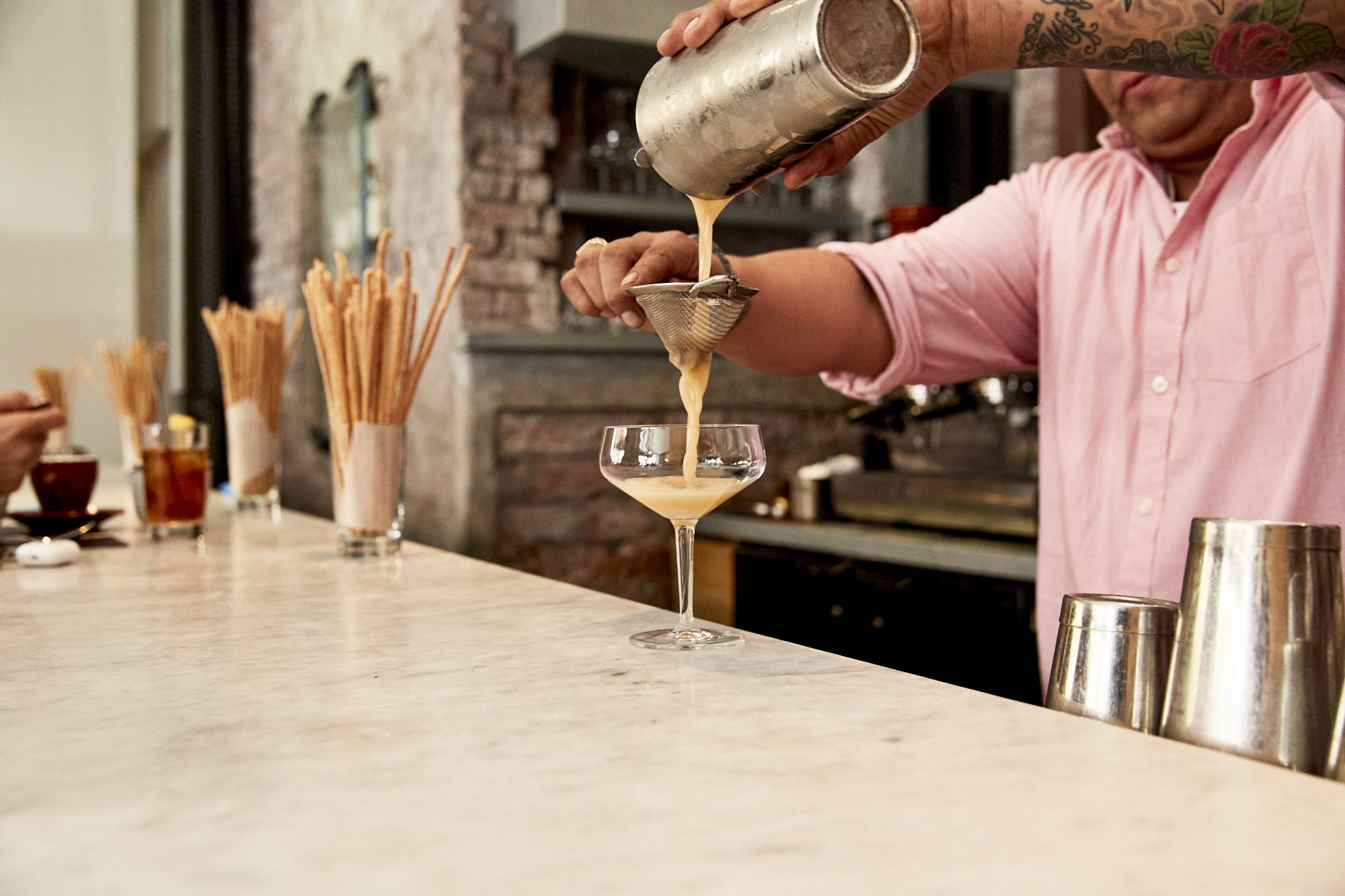 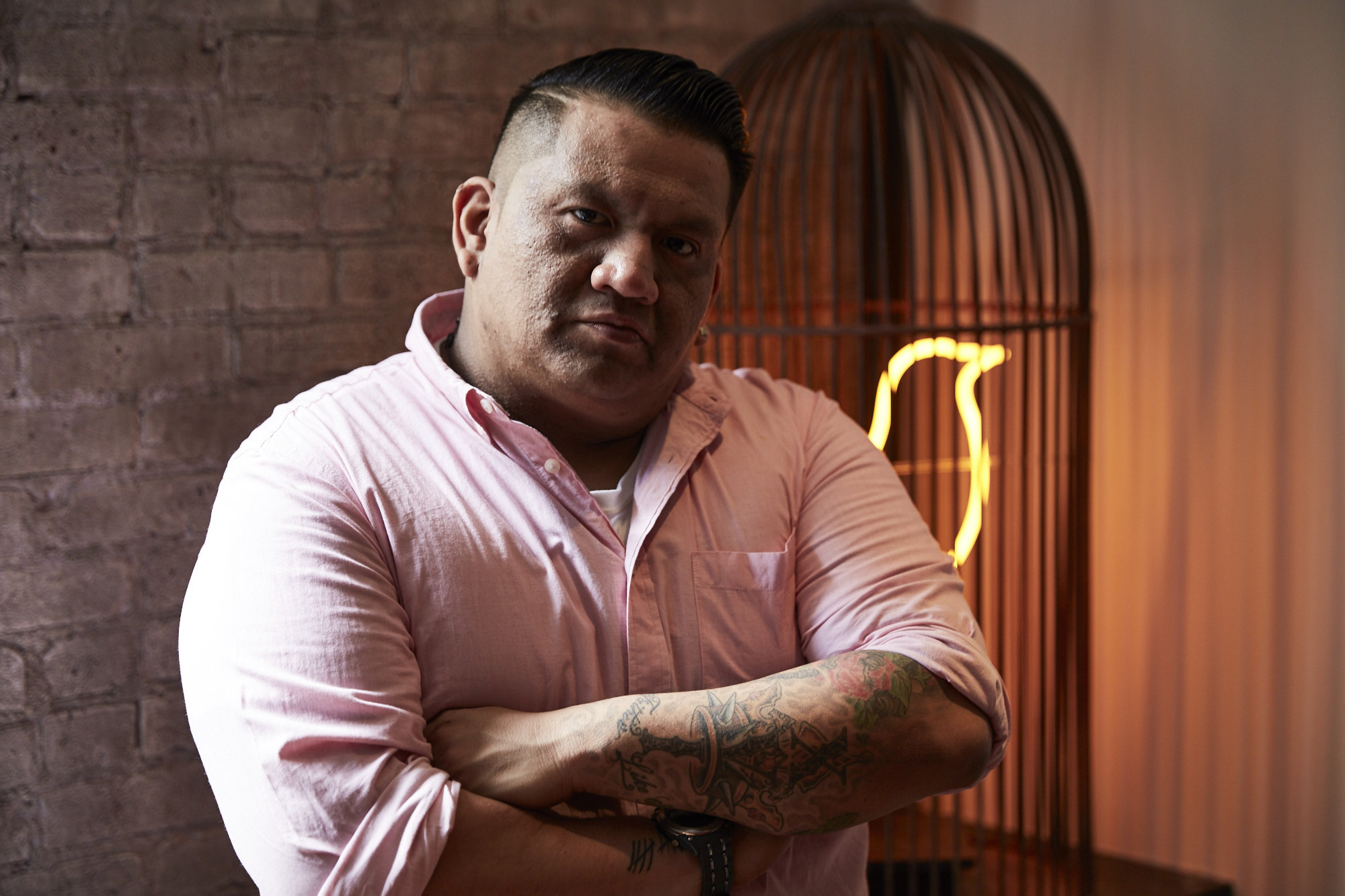 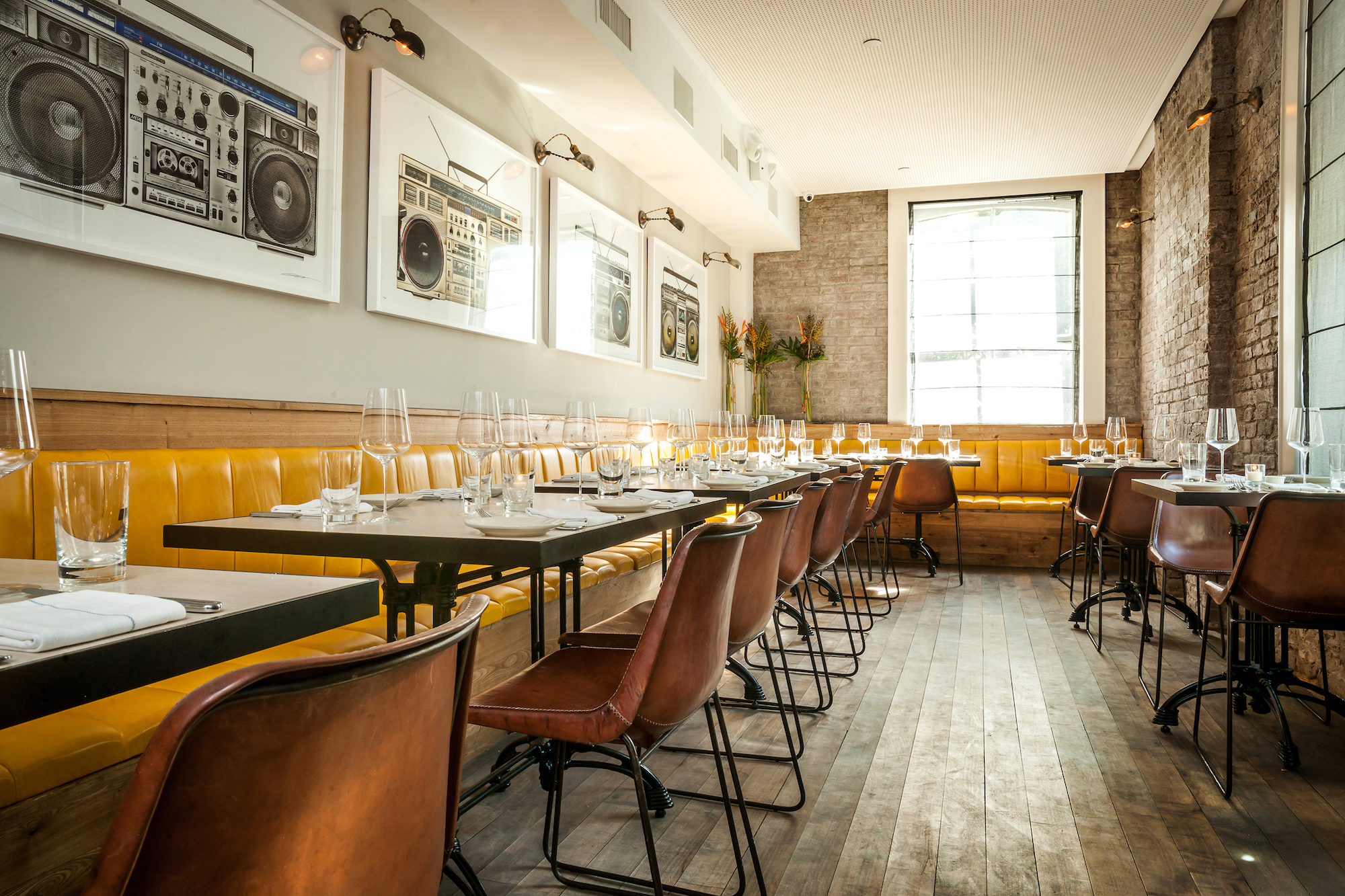 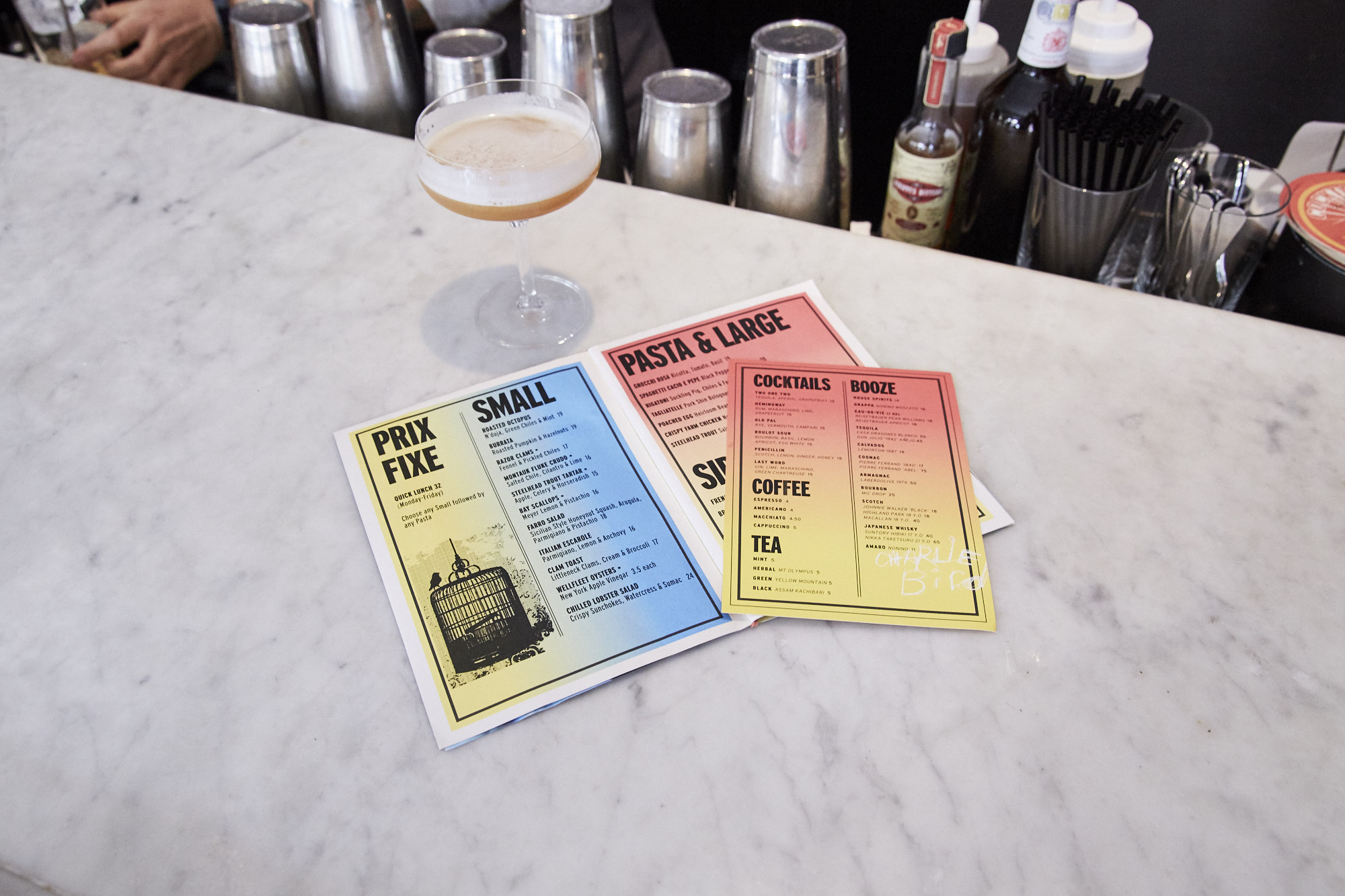 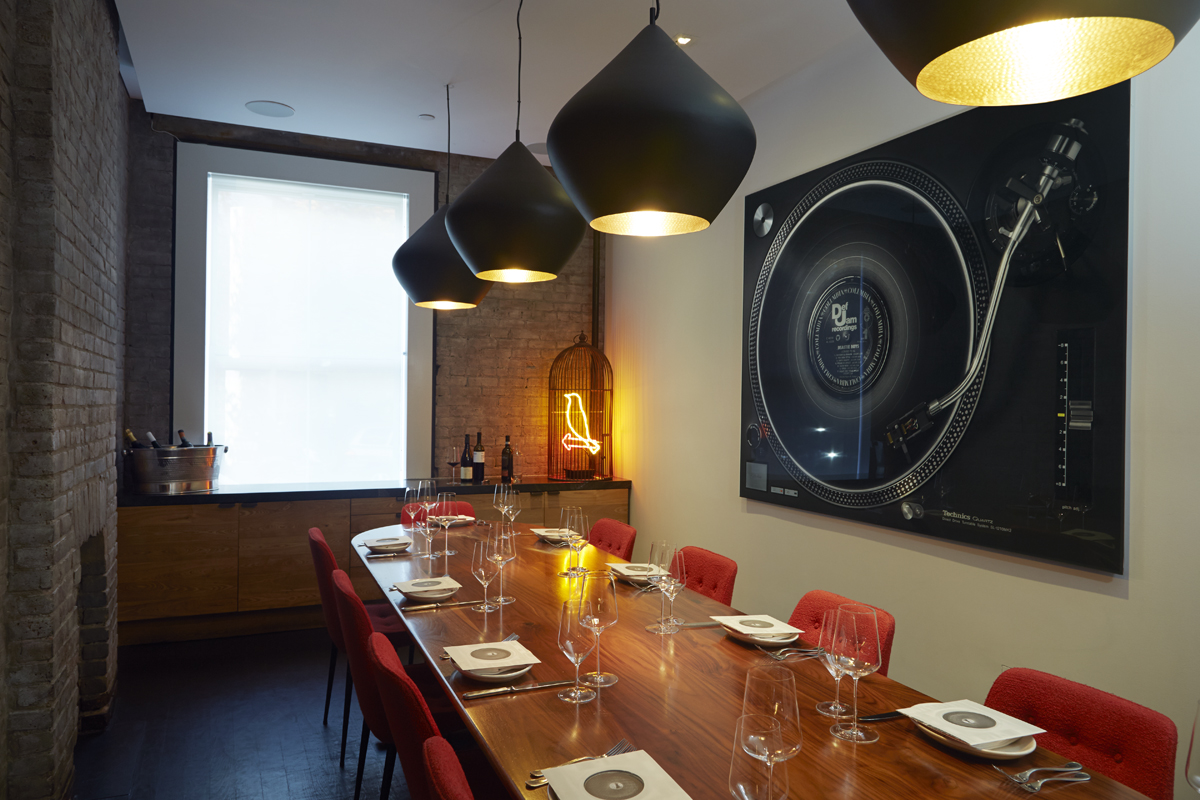 A born and raised New Yorker, Reyes grew up in both El Barrio and the Bronx. Upon graduating high school two years ahead of schedule, he briefly attended college north of the city, ultimately dropping out and joining his dad in Rhode Island. In search of a career, Reyes enrolled at Johnson & Wales University’s College of Culinary Arts with dreams of becoming a chef, but a series of uninspiring cooking gigs led him to an unusual job at Forbidden City, “a bubble tea restaurant [in Providence] that had random nightlife lounge shit going on.” Charged with tackling Forbidden City’s dull 5:00 – 9:00 p.m. shift, Reyes quickly transformed the unassuming venue into Providence’s go-to spot for hip-hop.

Upon moving back to New York City, Charlie accepted a position at the newly formed Charlie Bird, located on King Street in the West Village. As his rapport with the owners grew, he was eventually tasked with taking full control of the restaurant’s speaker system.

Over four and a half years later, his role as the Music Coordinator for both Charlie Bird and the restaurant group’s newest venture Pasquale Jones—which Reyes has given a classic soul/contemporary hip-hop theme—takes up fifty to sixty hours of his time per month.

“Food and wine traditionally cause euphoria and nostalgia. They either create a new memory or take you back to a phenomenal time that you had,” says Reyes. “My mission is to make people feel some sort of nostalgia in the three-hour window that they’re here. Whereas a DJ in a club wants that ‘Oooh!’ moment, for me it’s not to get you up to dance, it’s more of a ‘fuck yeah.’”

On top of the carefully curated daily soundtracks that reverberate throughout both Charlie Bird and Pasquale Jones, Reyes also runs a special “Best Of” series. “Every Thursday we only play one artist, and I create a four-to-six-hour playlist where that artist is featured exclusively. It’s challenging to dig for that much music from the same person, but it also allows me to show that range of familiarity. We’ve done lists for Jay-Z. We’ve done a list for Kanye. We’ve got one for the Wu. We’ve got one for Mobb Deep. We have one for Bad Boy Records.”

While Charlie Bird predominantly covers golden age hip-hop – the revered section of the genre that stems from a series of widely recognized artists in the late ’80s and early ’90s – Pasquale Jones has a more modern sound. “Each restaurant has its own identity, and even that changes throughout the day. You won’t hear the same songs at lunch that you will during dinner,” he says.

“I’ve fallen in love with hip-hop all over again,” says Reyes. “When I started doing the music program for these guys I was super focused on old school ‘90s hip-hop. I’m thirty-eight years old, and up until a few years ago I was one of those old-heads who thought the genre was done. I don’t feel that way anymore.”