The acclaimed work of Austrian-born graphic designer and typographer Stefan Sagmeister is striking in its emotional resonance, delving into subjects such as happiness, beauty, and long-term human development. Sagmeiser’s provocative work was most recently shown in an exhibit, titled “Beautiful Numbers,” at New York’s Thomas Erben Gallery where he displayed designs touching on “short-term vs. long-term thinking.” The 10,000 spoke to the designer about conceptualizing that exhibit, designing Grammy award-winning album covers, and highlighting emerging artists. Read on to learn more about Sagmeister and his work.

What sparked your interest in graphic design and typography? Was there a particular inspiration during your childhood years in Austria?

I had joined a small local youth magazine called Alphorn and discovered there that I was much more interested in creating the lay-outs than writing the articles. Furthermore I was fascinated by album covers and thought that would be a wonderful thing to do with my life. 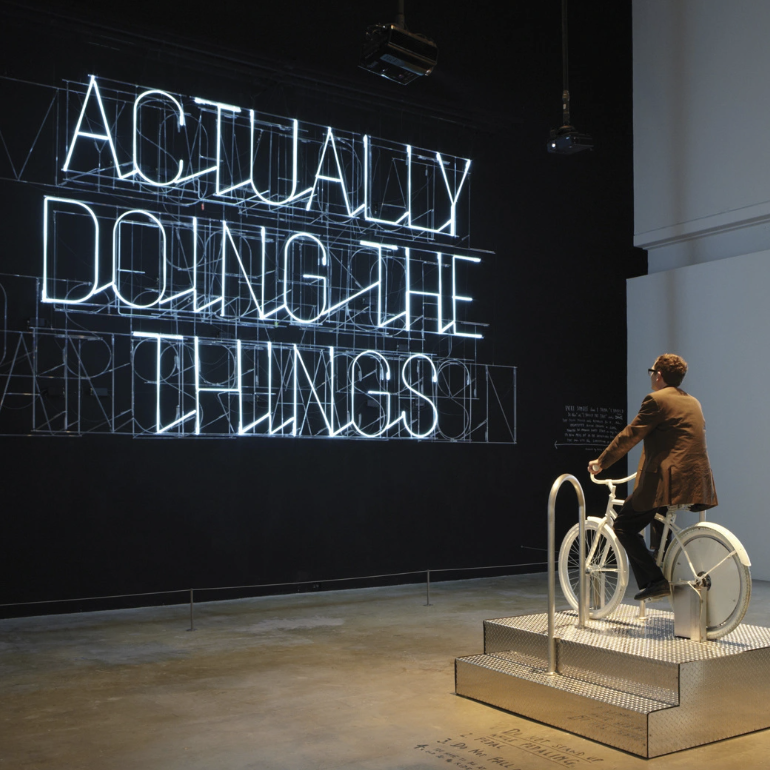 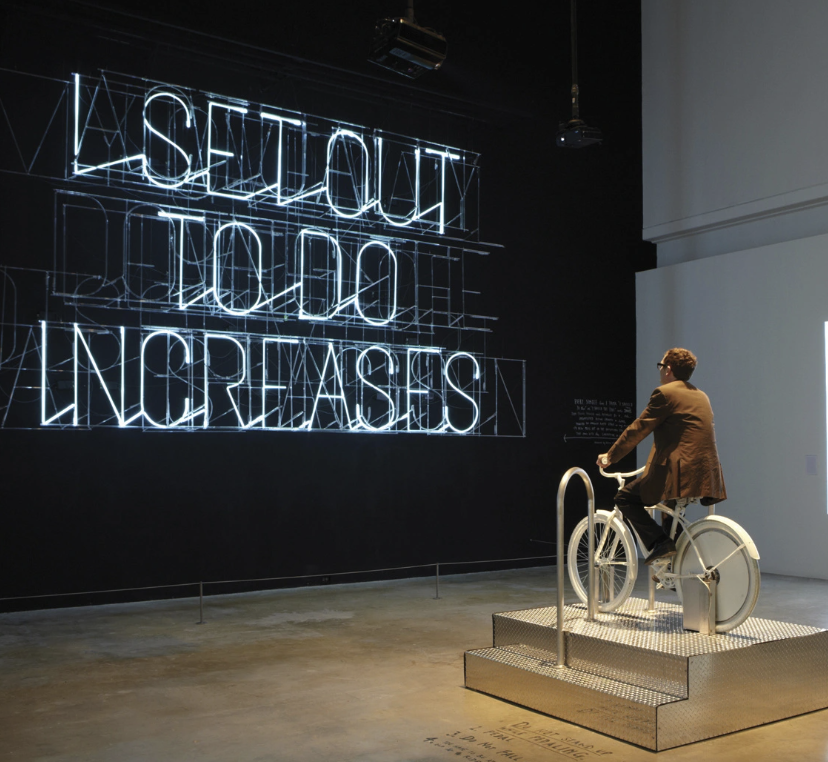 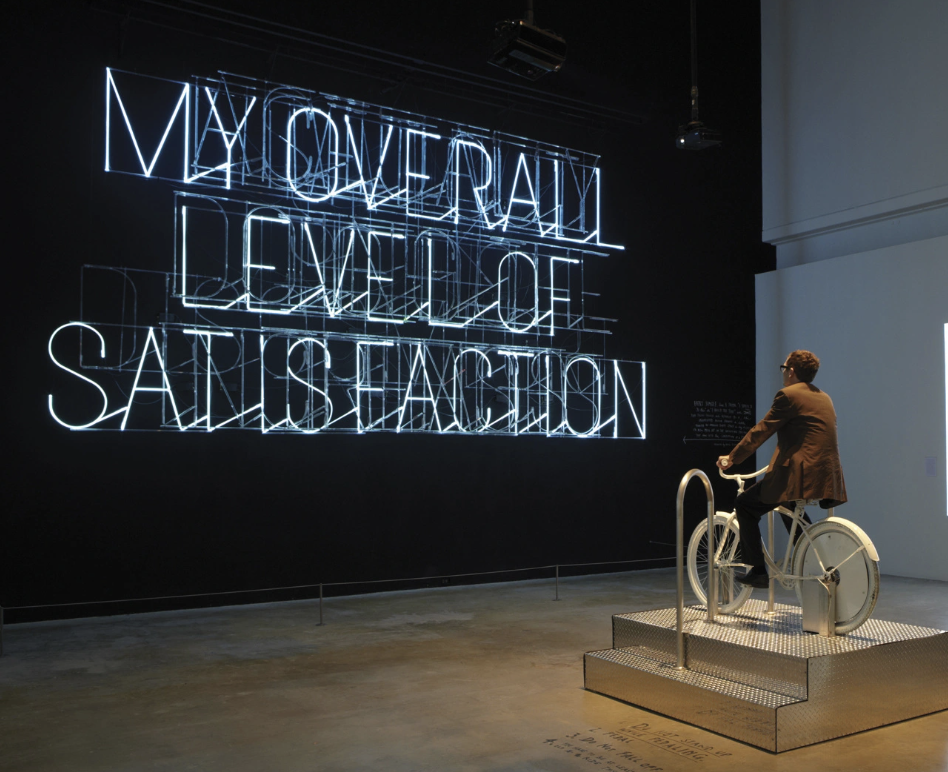 It's what he calls "communication design"

You’ve designed album covers and art for The Rolling Stones, Talking Heads, and Jay-Z. What is your starting point when creating covers and how much input do you take from the artists?

My playing in bands simply heightened my interest in music and was influential in my desire to concentrate on music in the beginning of the studio. We usually talked to the band about the music, the lyrics, anything connected to the album. We would touch on any reason why they would make a new album, always avoiding any talk about the cover itself. Translating the music into the appropriate visual form was our job.

A few of your past exhibitions touch on how we’re affected by and the role of societal pressure; such as your 2019/20 visual multimedia exhibition “Beauty” and 2012’s “The Happy Show” at the Institute of Contemporary Art. How do you go about conceptualizing a show like those two?

I look at a very large subject matter - happiness, or beauty or currently long-term human development - and try to communicate it, attempting to transform that into an enjoyable experience for the viewer. That’s pretty much the definition of communication design.

We read that your current solo exhibition at New York’s Thomas Erben Gallery, “Beautiful Numbers,” deals with long term thinking. Can you elaborate on that and how the works in the show relate to that theme?

Oh yes! The world tends to look very differently pending on how you look at it: Long or short term.. Short-term media like Twitter and hourly news create an impression of a world out of control, with democracy in peril, ubiquitous conflicts, and an overall outlook of doom. But if we look at developments concerning the world from a long-term perspective, almost any aspect concerning humanity seems to get better.

Fewer people go hungry, fewer people die in wars and natural disasters, more people live in democracies - and live much longer lives - than ever before. 200 years ago, nine out of ten people could neither read nor write, now it is just one out of ten. Even if you look at pandemics from a point of view of 100 years, you will see that the Spanish Flu killed at least 45 million people, AIDS/HIV about 30 million people. This of course does not mitigate the unbelievable 3 million humans (and counting) that lost their lives during Covid 19, but it does put the often-quoted view that we live in ‘unprecedented times’ into perspective.

The goal behind these visualizations is that viewers might want to place them into their living rooms, as reminders that the latest tweets are just tiny blips in an overall rather healthy environment. Doing that they retain functionality, which is why they are pieces of design, not art.

You could call them propaganda for the living room.

You invite artists to submit their works to be featured on your Instagram. Why did you start this initiative and why is it important to highlight emerging artists’ work?

Even before the advent of social media, we received a stream of mail from designers asking for comments on their work. People are simply interested in feedback. I critique about one out of every ten pieces sent in. I select them either if they delight me, or if they have some merit and I suspect I could nudge the designer into pushing it just a bit harder. I try to not take on a piece if all I’d have to say is negative, unless the piece is bad in a way that is quite common and I can make an overall larger point.

I try to write my reviews in the way I like to be critiqued myself: With the best outcome for my piece and myself in mind. If my work is reviewed in a snarky or scathing manner, I am hurt, and sadly learn nothing, a double negative. I have heard back from design faculty members that they follow me in order to make their own reviews of student work tighter. I got a big kick out of that. I've heard from designers getting job offers after being featured on my stream.

Tell us what is interesting to you lately.

I was reminded about how cultural output moves from place to place by a fantastic exhibit on Italian design from the sixties and seventies. At that point, Italy was the leading force in European cinema, from Fellini to the spaghetti westerns.  It was leading in architecture, product, fashion and graphic design and all of Europe was listening to Adriano Celentano. This concentration of cultural output has since moved to the UK and might now move somewhere else again after Brexit.

Since Master & Dynamic designs sound tools we’re always trying to circle back to music. What do you listen to while working?

Here is the playlist that has been running on repeat while I’m working: 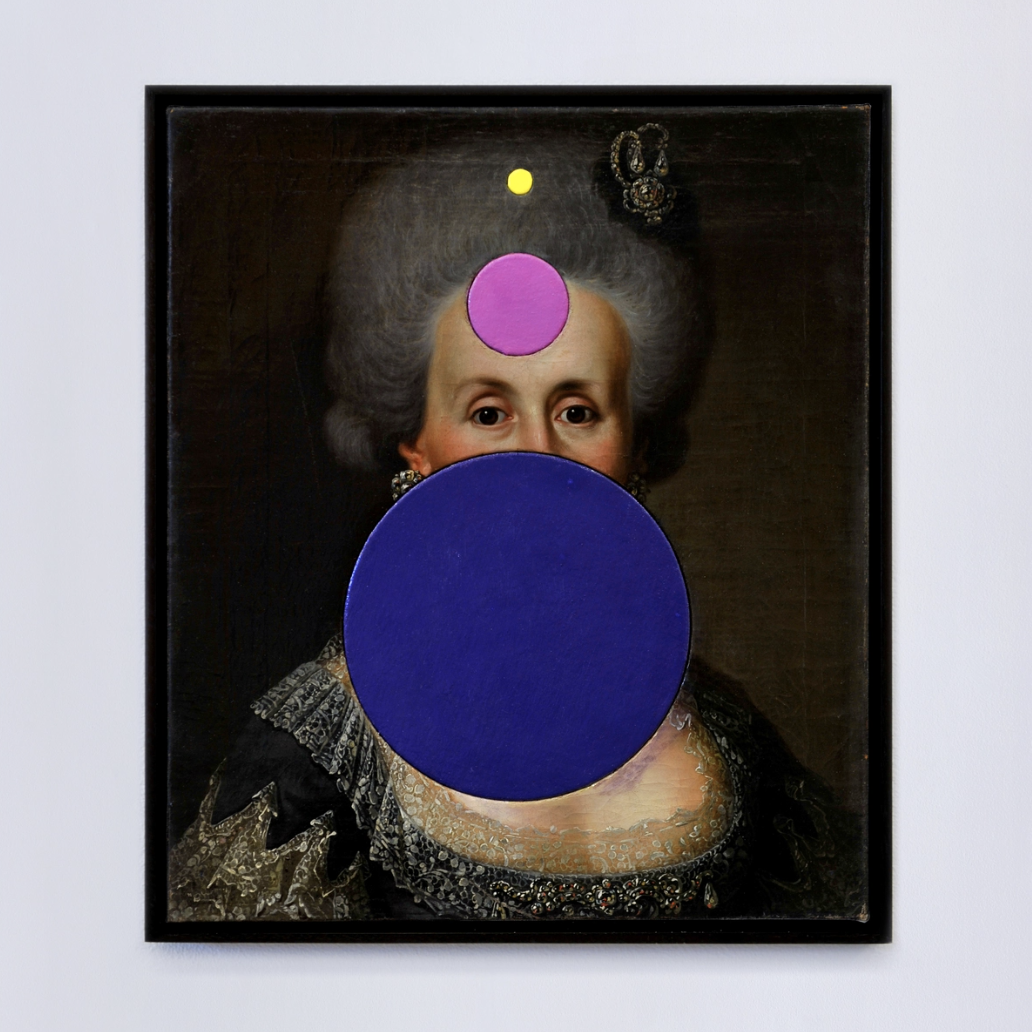 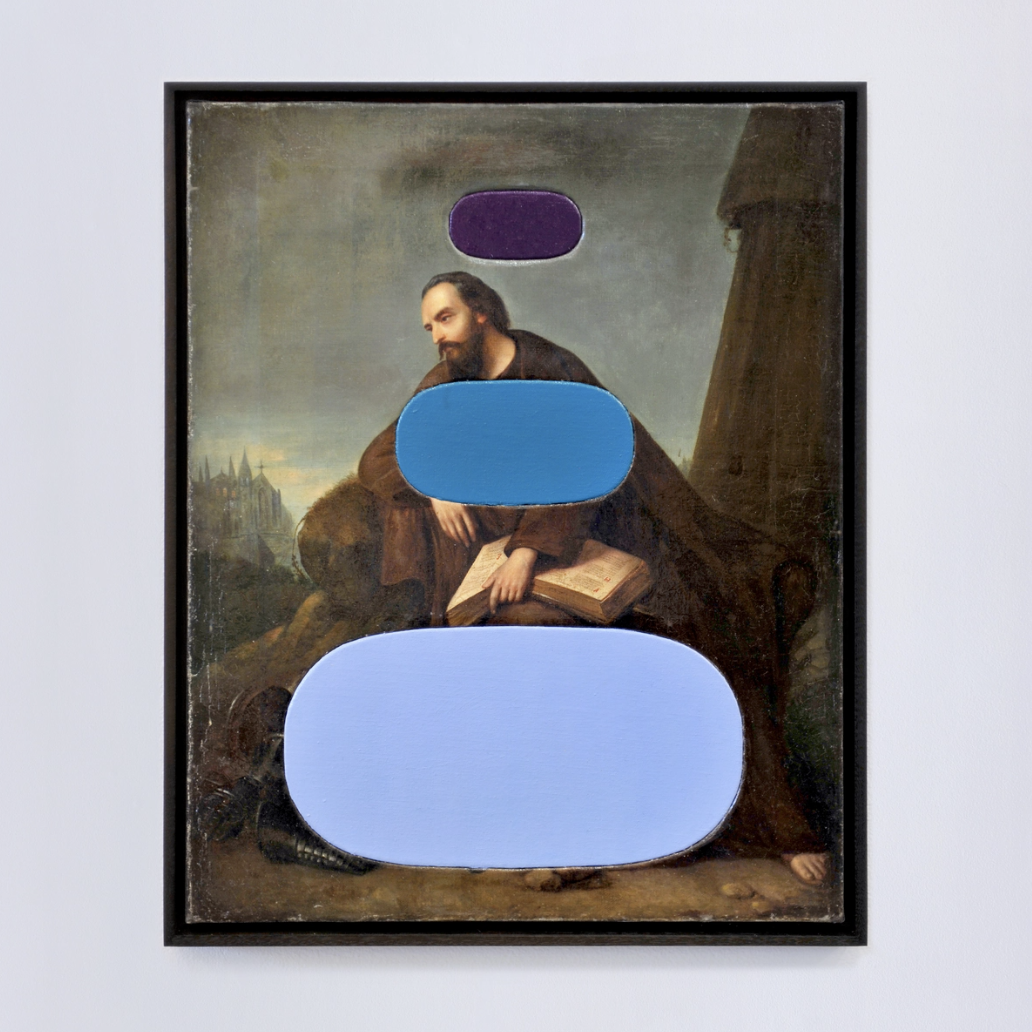 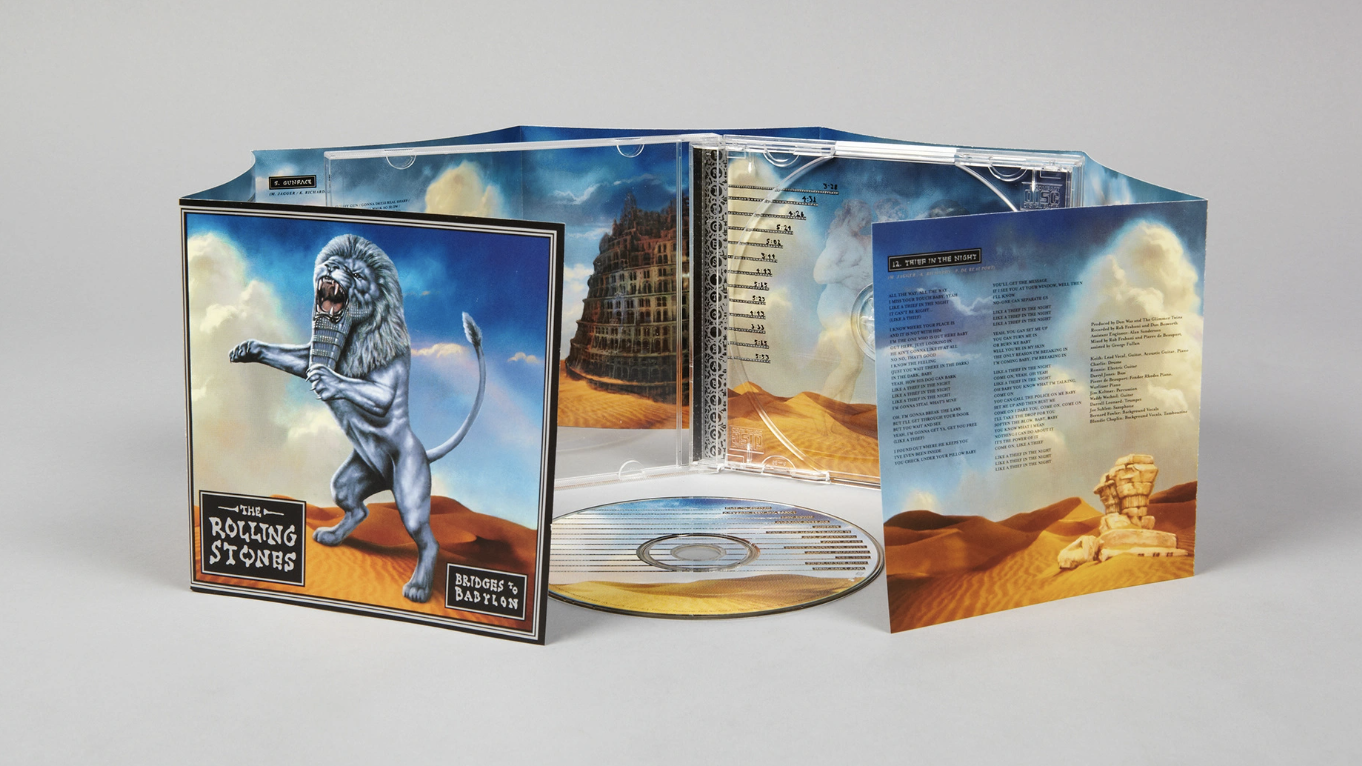 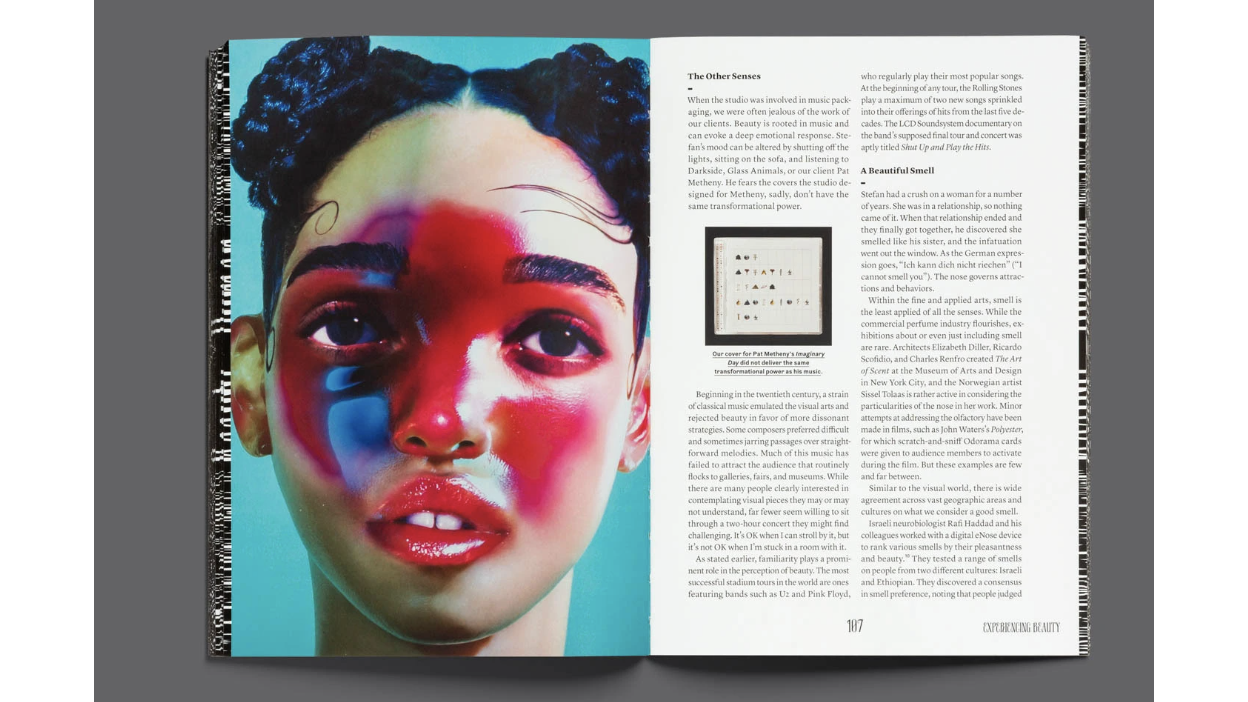 A Conversation With Temi Coker