Virtual Viewership: Kristin Lucas and Joe McKay's 'Away From Keyboard'

In their two-person exhibition Away From Keyboard at Postmasters Gallery, New York-based artists Kristin Lucas and Joe McKay challenge viewers' perceptions through a wide range of engrossing user interfaces and innovative technology. With Lucas' "pedestrian rollercoaster" Sole Soaker, McKay's OmegaMouse, and their collaborative movable sculptures Tablet Tumblers, Lucas and McKay's art requires viewers to become active participants, questioning their prescribed interactions with digital art. Open until January 23, the 10,000 spoke with Kristin Lucas about her individual contributions to the exhibition, her collaboration with McKay and how art can address the increasingly blurred lines between the physical and the virtual.

From her nauseating hallucinatory video Sick Waves, created to "induce sensations of unease in viewers," to her 3-D printed vendor cart Inventory, Lucas' solo works appear, at once, entirely familiar yet surprisingly alien. Employing technology to destabilize viewers' sensory experiences, Lucas explains, "I'm trying to make work that speaks to the body through uncanny and liminal spaces of technology, between virtual and physical."

The most immersive of Lucas' works in the exhibition is Sole Soaker, in which viewers slowly proceed via game controller over a winding and looping structure through vastly changing sea levels. With two inviting beach chairs in front of a monumental screen, Sole Soaker draws the viewer into its surreal environment that includes "physically impossible architecture, a sea level that gradually rises and falls around them, and fish that do not always behave according to the laws of physics."

Describing Sole Soaker as having an "an apocalyptic feel without the usual signs," Lucas admits the rise and fall of the water directly correlates to climate change data from Florida that Lucas discovered in preparation for an exhibition at Gallery Protocol in Gainesville. Describing the choice to use real data in an otherwise dreamlike artwork, Lucas considers, "I wanted to make an experiential piece about climate change that could be felt in an immediate and immersive way. The piece doesn't jump out and say, 'Hey, I'm talking about climate change.' It's a slow reveal that is phenomenological. The reality of the data adds to the surreal element. Surrealism is grounded in reality."

With similar artistic interests and practices, Lucas and McKay began collaborating under the name Electric Donut in 2012 after first exhibiting together at the New Museum in 2001. Detailing their collaborative process, Lucas says, "We have always relied heavily on one another to talk through ideas and give each other feedback. We are both faculty of new media with differently developed skills, which works to our advantage because we can help each other out."

Derived from references as varied as "the story of Sisyphus, a cultural obsession with mapping, research on Mars, the Fitbit craze, human impact on the world through technology," the duo's Tablet Tumblers encourage viewers to roll the circular structures and virtually interact with their multiple tablets. Since Tablet Tumblers permits viewers to think beyond the digital, we asked Lucas about the increasingly confused boundaries between the virtual and physical. "I never really drank the Cartesian mind-body split Kool-Aid," observes Lucas, "There is no doubt in my mind that we are evolving new senses for our new spatial experiences. The feeling of disorientation we experience in the shift is an evolutionary growing pain. So is the dull pain in my arm that wakes me up at night from trackpad overuse."

You can view Away from Keyboard until January 23rd at Postmasters at 54 Franklin St, New York, NY 10013 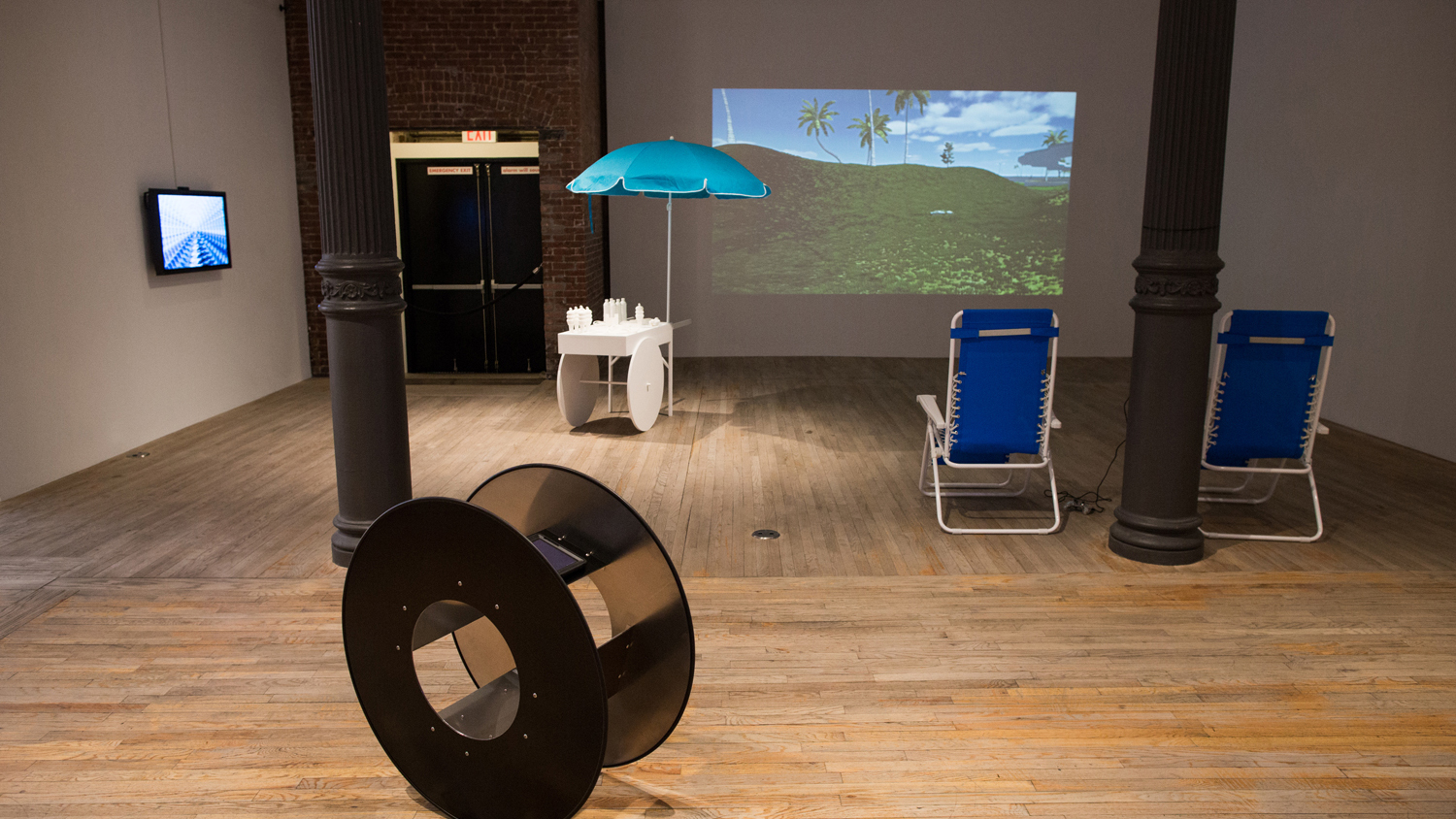 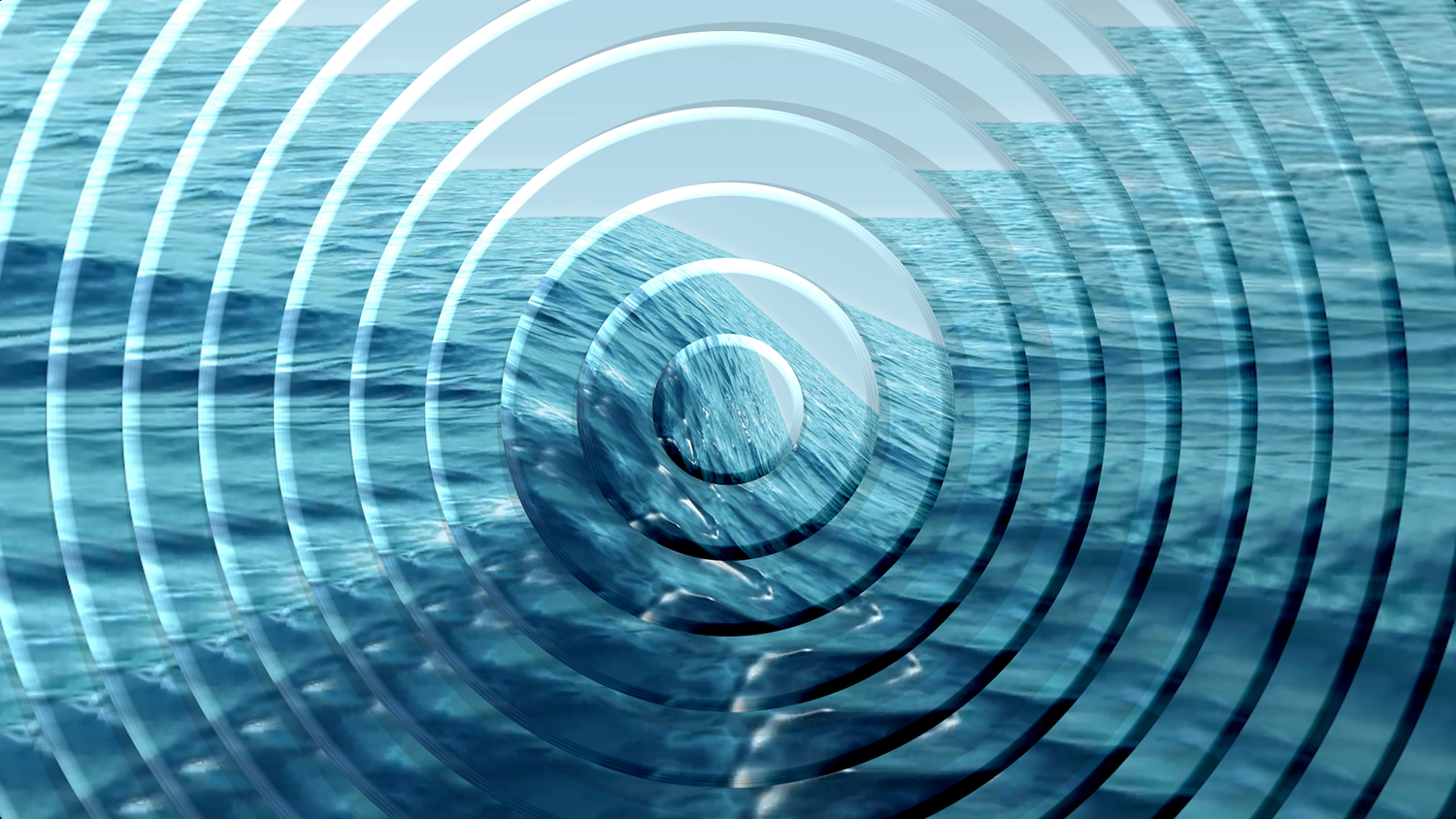 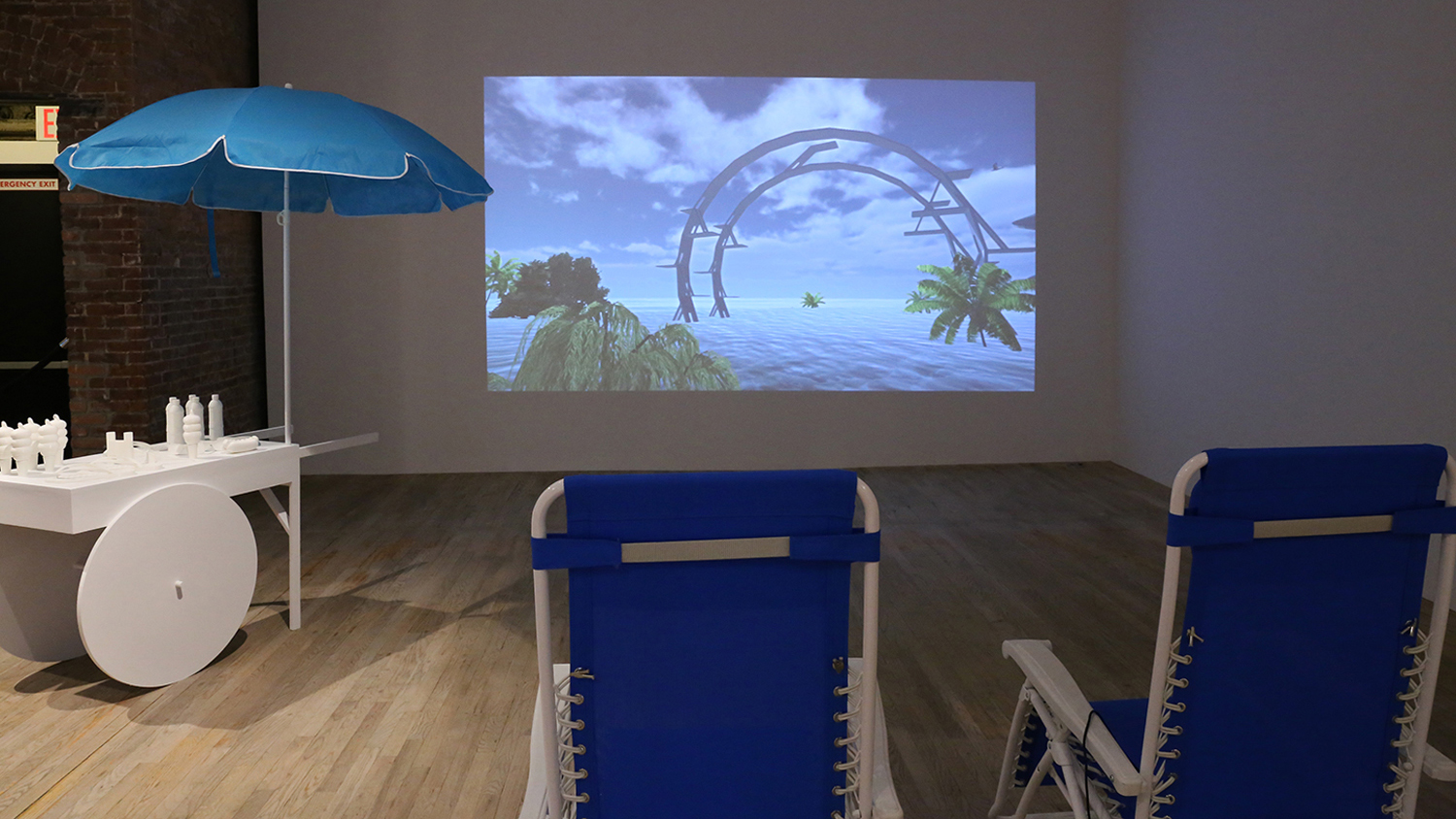 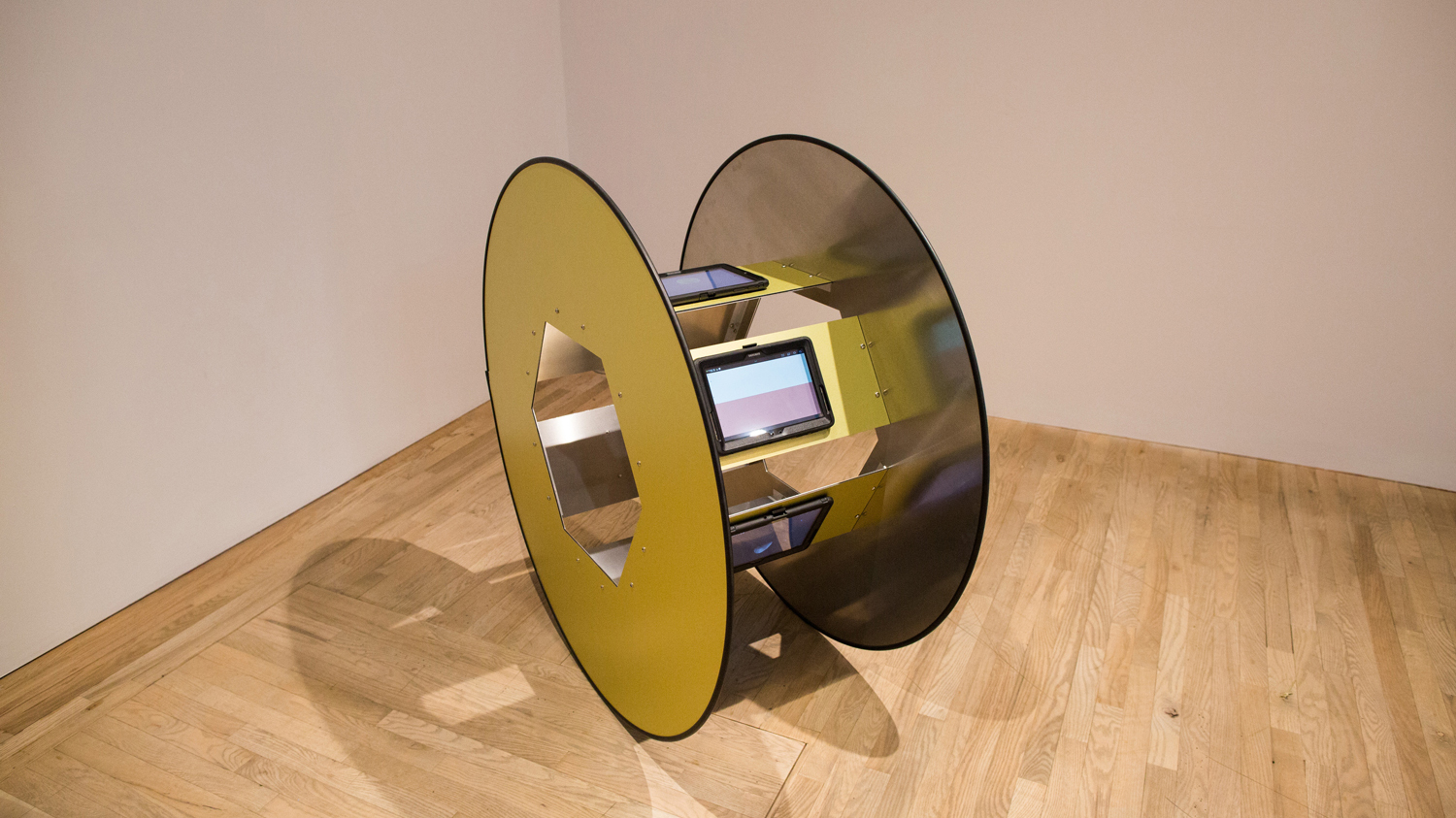