Dreamlands: Immersive Cinema and Art, 1905-2016 brings cinema out of the movie theater and into the museum.

On view at the Whitney Museum in New York City until February 5, 2017, this captivating group exhibition invites you to explore film beyond just what's on the screen. The exhibit examines — and sometimes, rethinks — the entire cinematic experience, including the lights, sounds, architecture, and technology that transport viewers to another time and place.

Taking up the entirety of the museum's fifth floor, Dreamlands is the most ambitious and challenging exhibit to hit the Whitney since its move to the Meatpacking District last year. Curated by Chrissie Iles, Dreamlands blurs the line between reality and fiction through a wide range of pioneering technology and provides you with a thoroughly imaginative viewing experience. It's no coincidence that the show is named after sci-fi writer H.P. Lovecraft's alternate fictional universe.

Dreamlands begins with a bit of a surprise: Edwin S. Porter's black-and-white film Coney Island at Night from 1905. More than a nostalgic throwback to early New York, this shimmering footage is a precursor to the abstract experimentations of later contemporary artists in the show. From the turn of the century, to the psychedelic 1960s with Stan Vanderbeek's trippy Movie Mural, to today with Ben Coonley's 3-D cardboard planetarium, Dreamlands traces a history of invention and increasing immersion in cinema.

The most compelling installations in the show fully plunge you into the respective artist's visual landscape, confusing the boundaries between on-screen and off. For example, Philadelphia-based artist Alex Da Corte and Jayson Musson's collaborative piece Easternsports translates the Technicolor surrealism from their multi-channel film into the surrounding installation with bright neon carpets, vibrant fluorescent clocks, and oranges scattered around the floor. To further draw you into the installation, Blood Orange's Dev Hynes eerie soundtrack plays on repeat in the background.

Hito Steyerl's Factory of the Sun is even more engrossing, leading you into a futuristic gridded room that looks like the set of Tron. The room is constructed to resemble a lawn chair-filled motion capture studio, which creates computer-generated imagery from bodily movements, and mirrors the aesthetics in Steyerl's corresponding video. The video follows a disjointed, dystopian plot concerning a group of people that have to dance in order to generate sunlight. With text reading "Your team won," the video seems like a video game, but you as the viewer don't have any control. At one point, the words "This is reality" flash on screen, encouraging you to question if that reality is really in the video, or the museum.

Some installations take destroying filmic conventions a step further. Jud Yalkut's Destruct Film not only allows you to enter a cinematic world, but also provides you with the opportunity to literally walk on cinema. Reams of unspooled film cover the floor of a dark room. Made in 1967, decades before the most cutting-edge installations in the show, the work makes you uniquely and acutely aware of your physical relation to the film as you stomp over piles of it. Yalkut also frees film from the restrictions of a singular screen by ricocheting and spinning a film countdown around the room's periphery. Like Destruct Film, Dreamlands is a dizzying but thoroughly electrifying reconsideration of the aesthetics and experience of cinema. 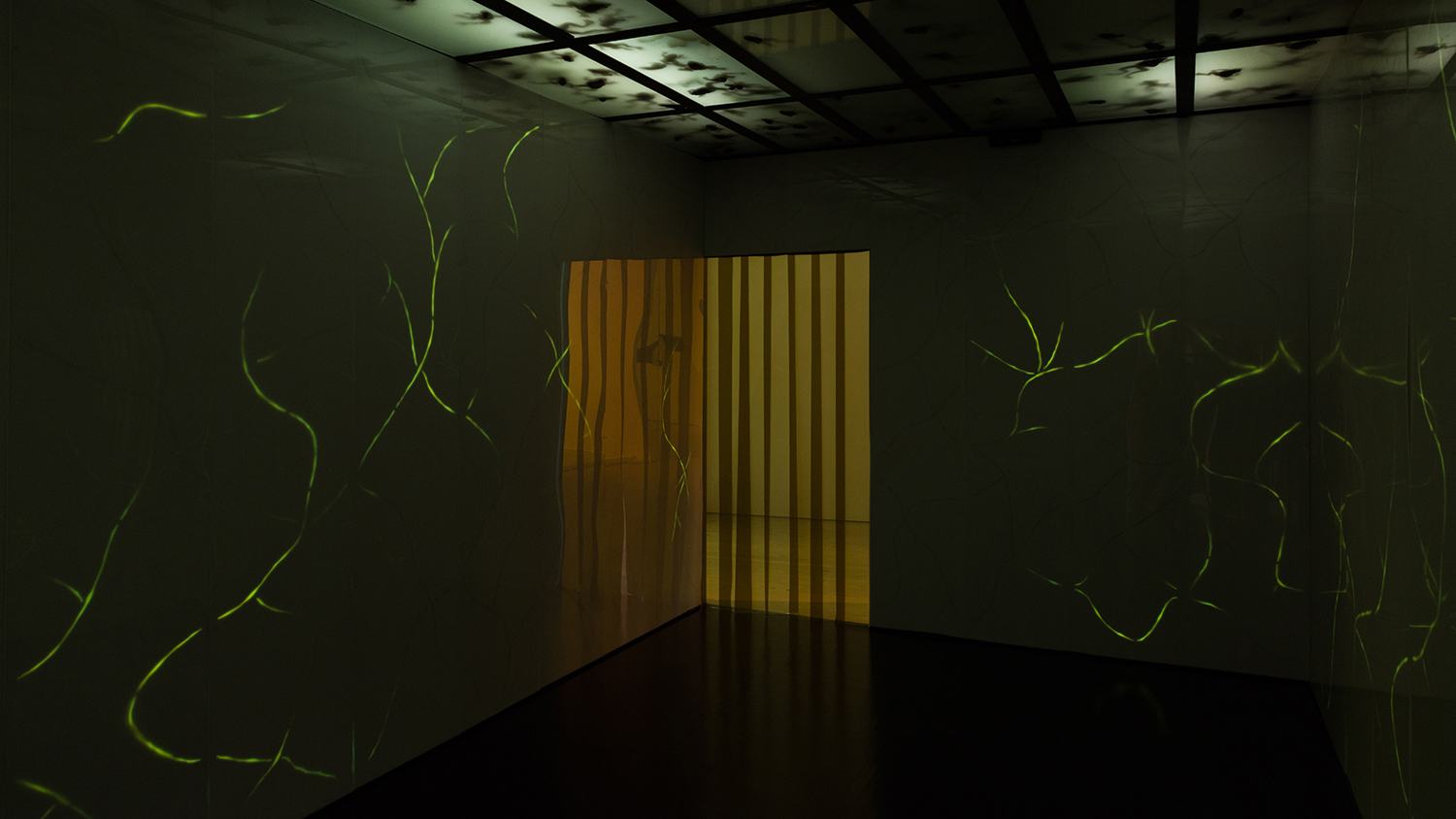 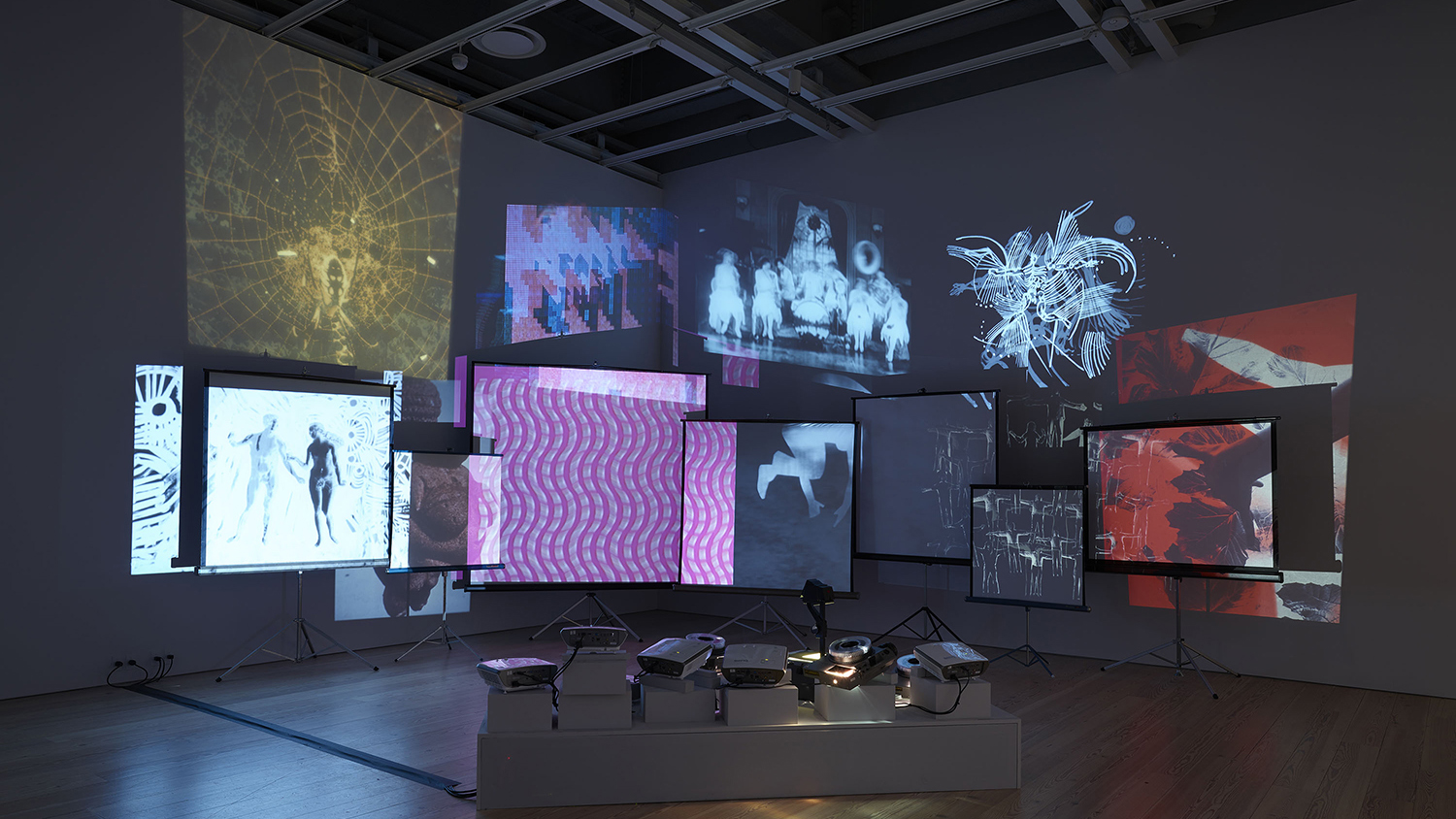 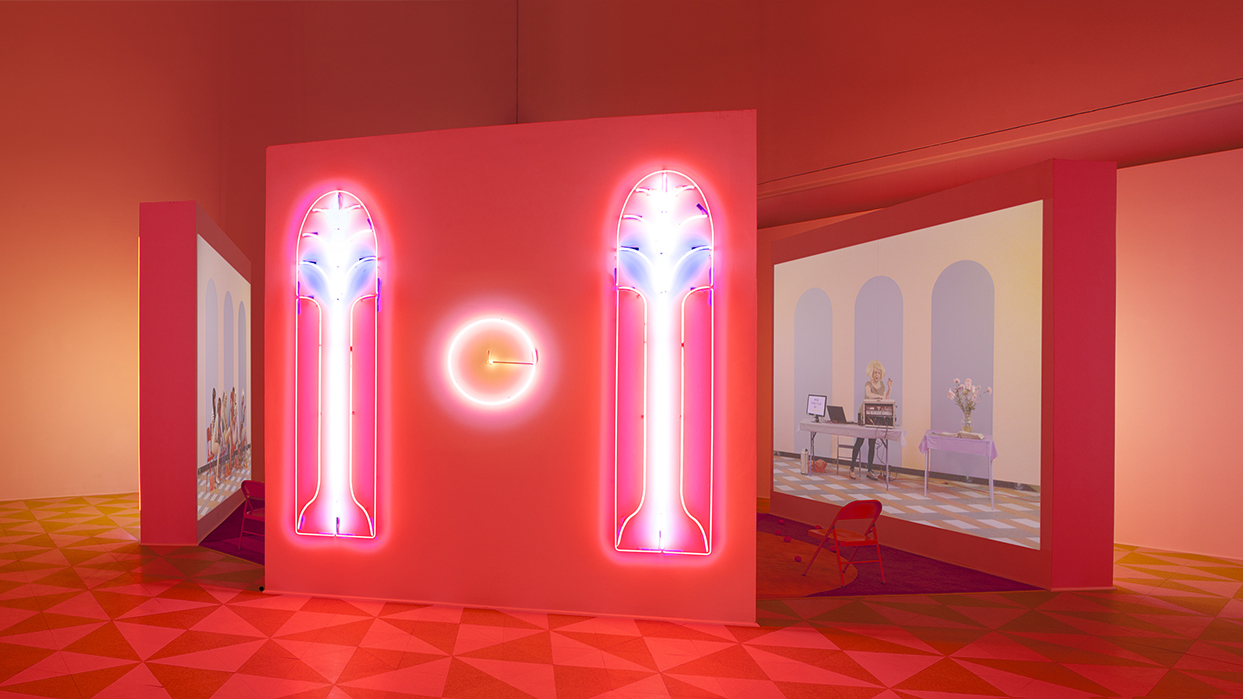 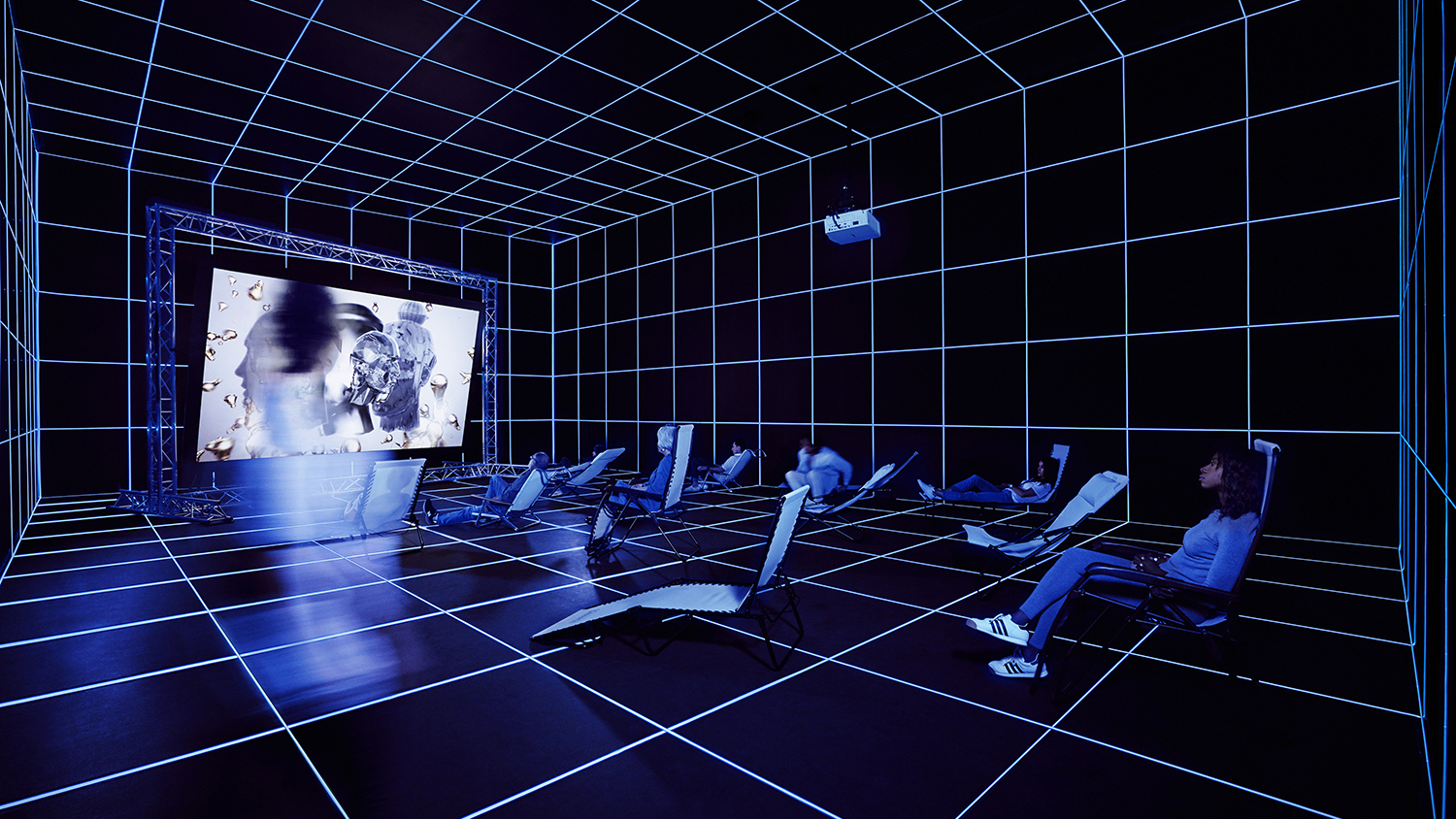