A new digital art exhibit seeking to navigate the convergence of art and technology is currently on display in a most appropriate venue: Silicon Valley's Menlo Park.

The 20,000-square-foot interactive installation by Japanese artist collective teamLab, and hosted by Pace Art + Technology, "Living Digital Space and Future Parks" features 20 digital works on the grounds of the former Tesla showroom, its largest installation to date. While the exhibit is immersed in technology, viewers may be surprised to learn that its creators are very much focused on the human element in their work.

teamLab is a collective made up of 400 members, and each piece of artwork was created by a team of up to a dozen people and completed over a period of anywhere from six months to over five years. Visitors to the gallery find themselves on a "journey" as they make their way through the exhibit. "We love being able to step inside the world of art," teamLab says. Their exhibit was designed as a physical experience in which creativity, play, and exploration are strongly encouraged.

But the greatest desire of the artists is that you not experience this exhibit alone. "The space changes in the presence of others. With [other] art, the presence of other viewers used to constitute more of a hindrance than anything else. If you found yourself alone at an exhibition, you would consider yourself to be very lucky. However, [at] teamLab's exhibitions, the existence of other viewers is seen as a positive element."

"At the very least, compared to traditional art viewing, people will become more aware of those around them. Art now has the ability to influence the relationship between the people." In creating these incredibly immersive works, the artists have extended the way they create the artwork—as a collective team—to the way it is to be experienced.

When asked what their advice would be for up-and-coming artists, teamLab says, "No matter how unsightly or unfashionable [your] work may seem, [you] should seek to find the best way to continue working on it."

"Living Digital Space and Future Parks" is on view now through July 1st at the Pace Gallery in Menlo Park, California. 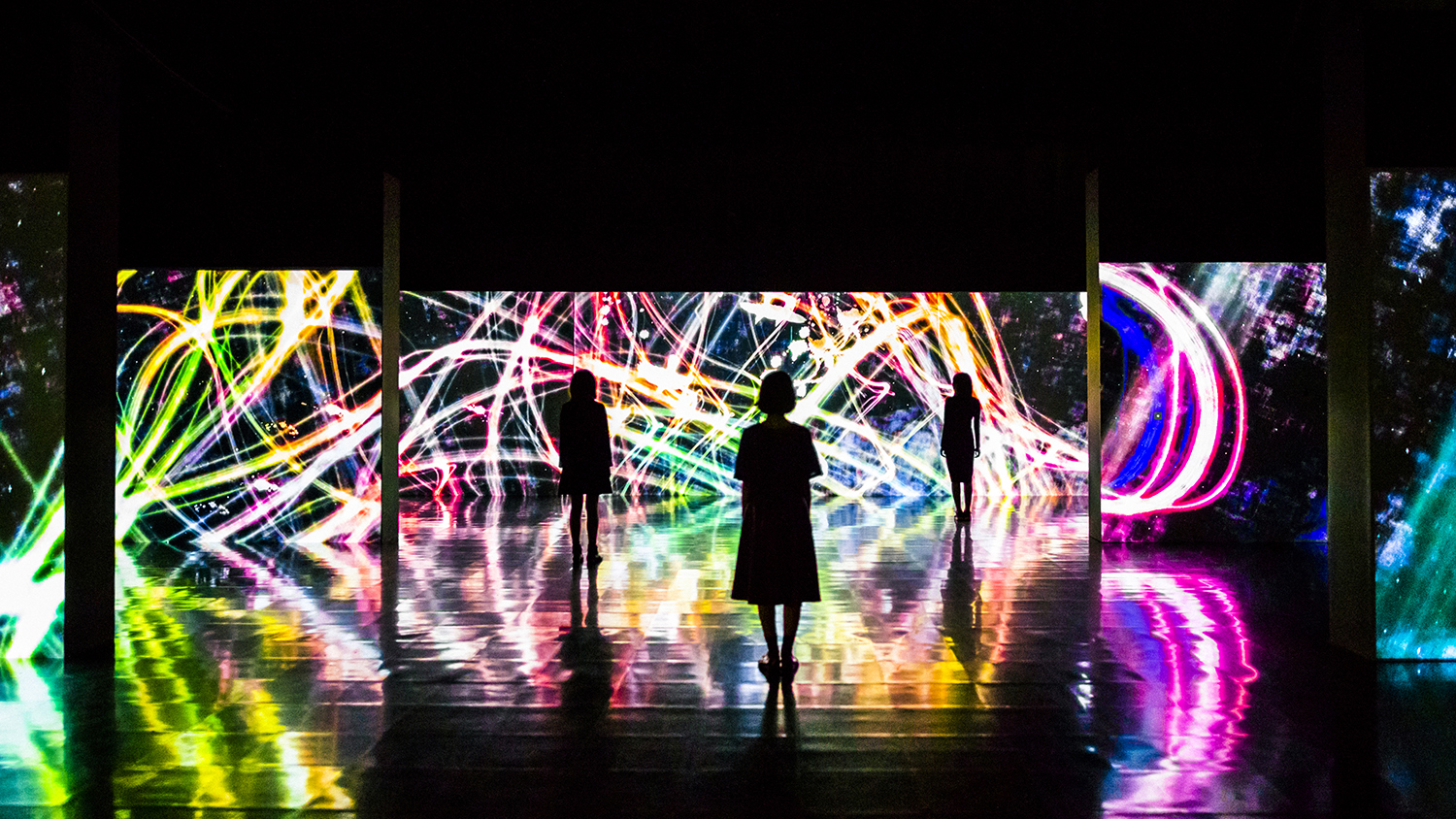 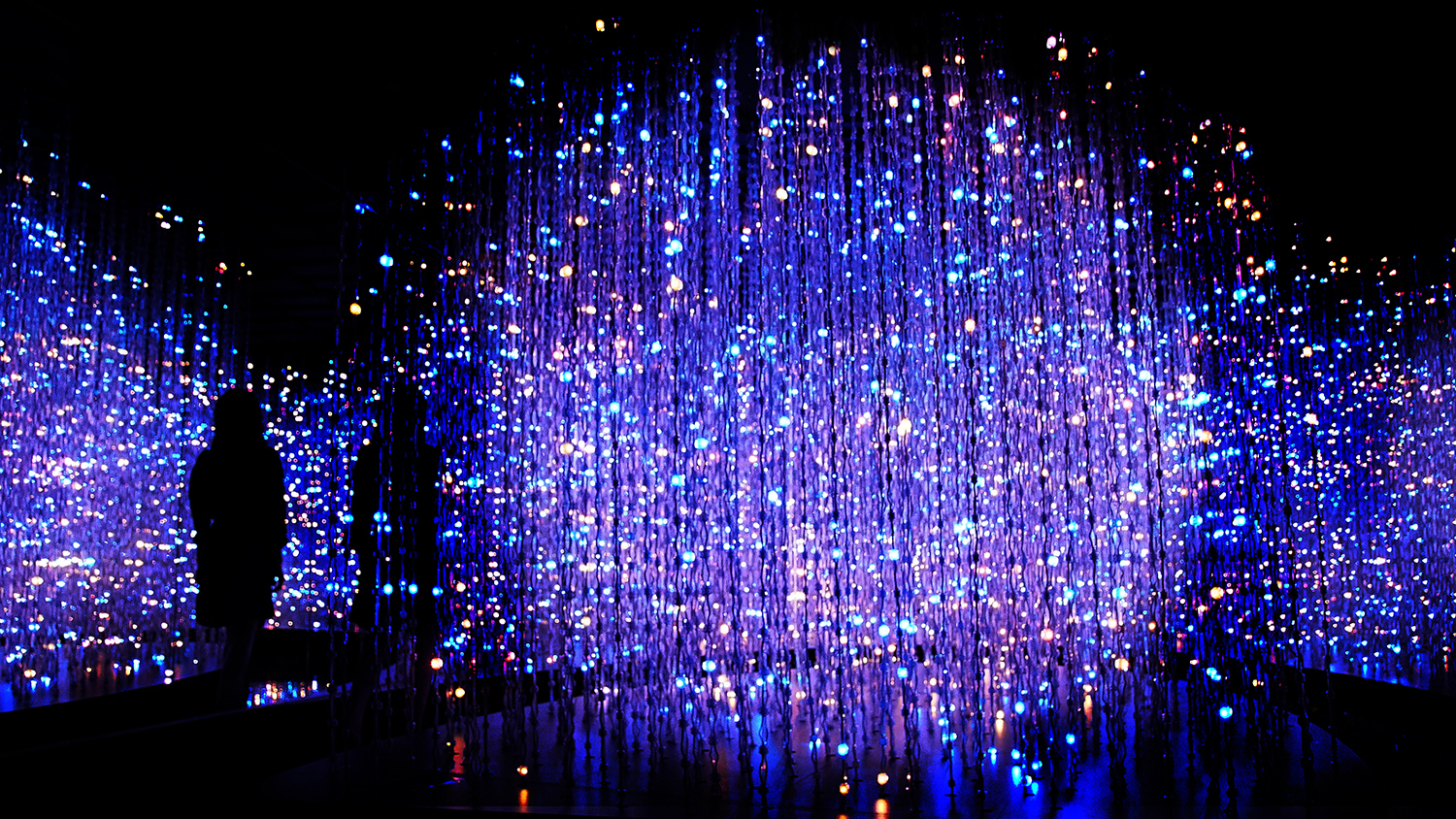 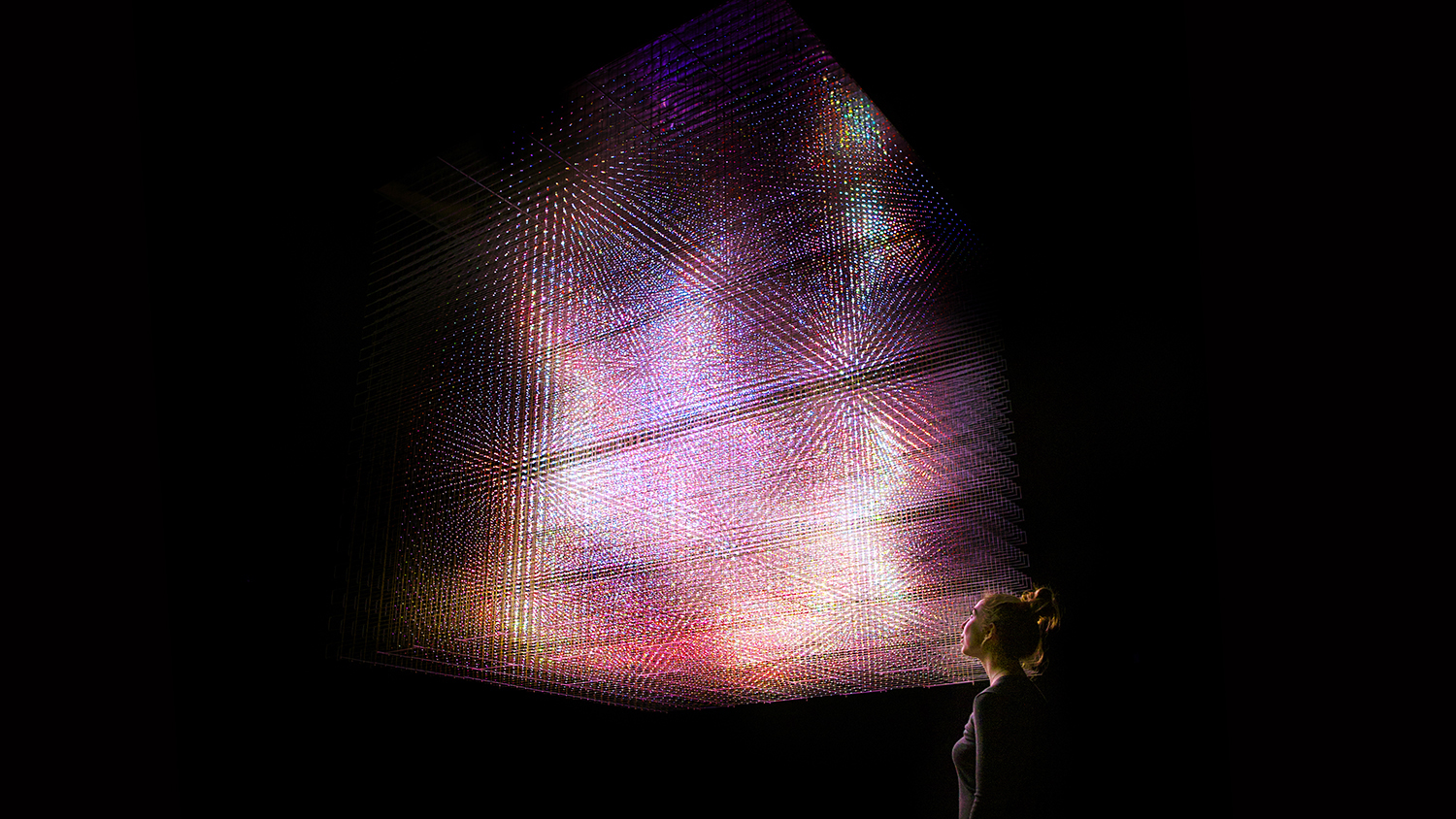 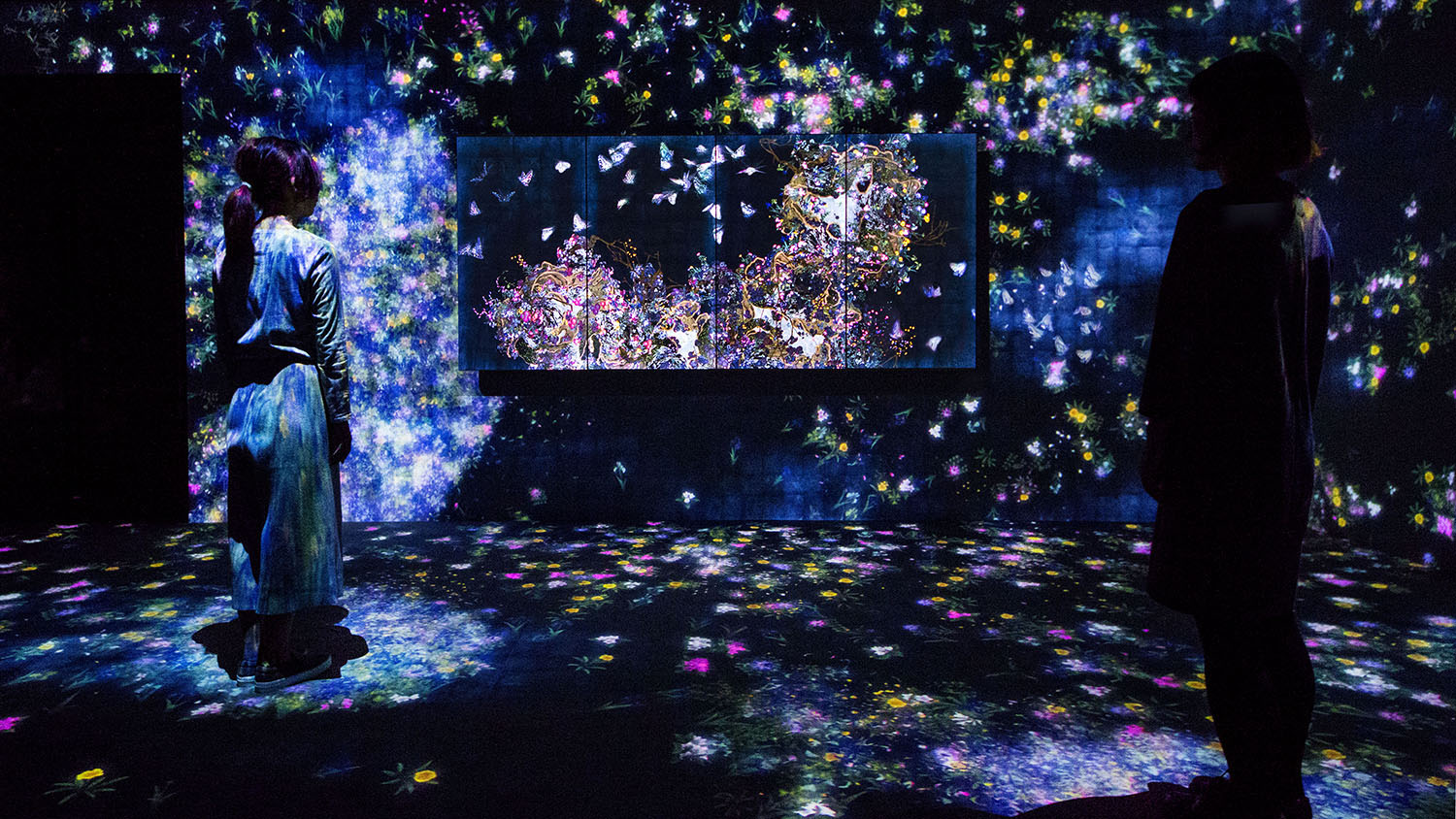 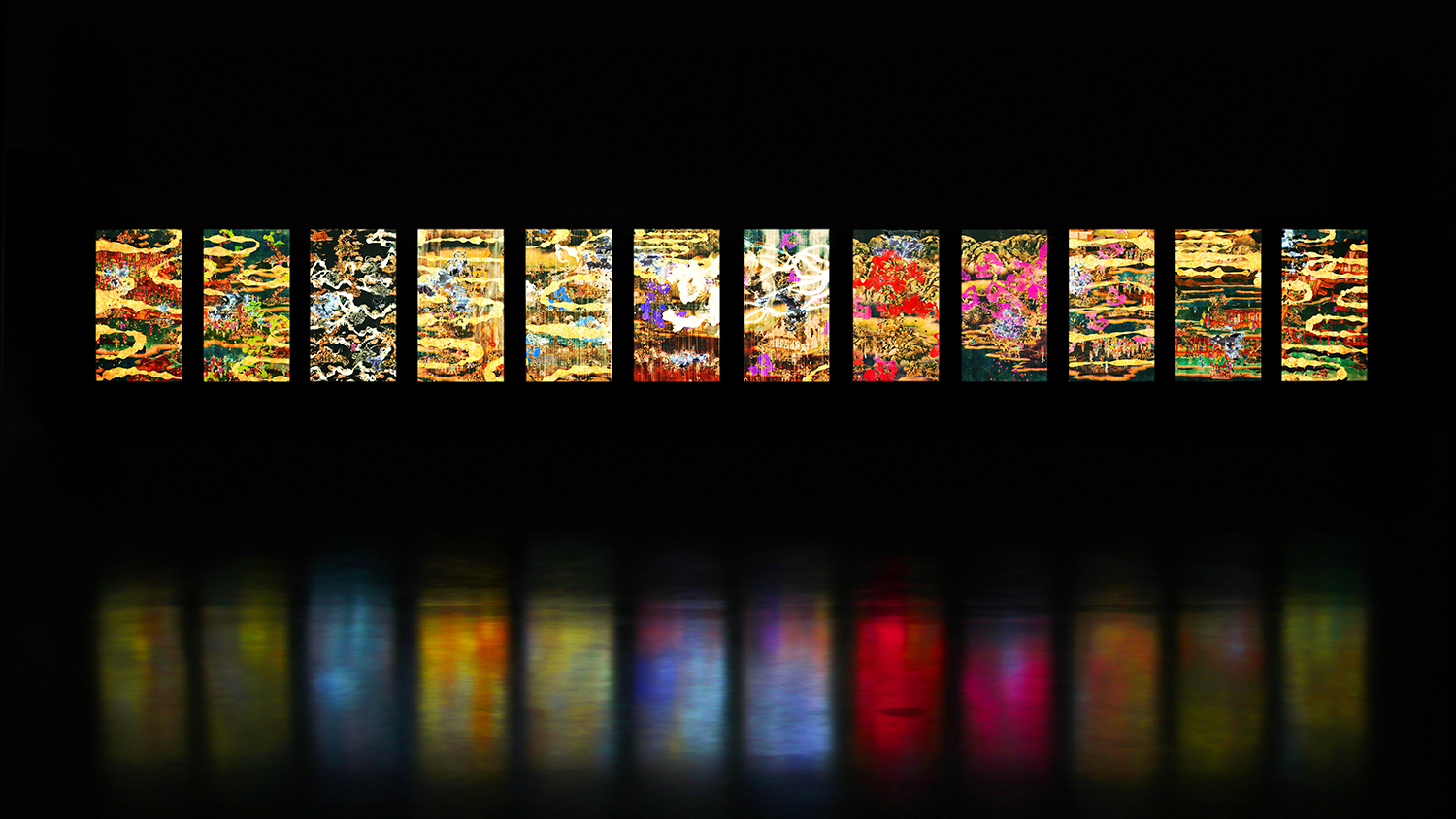