At the edge of Pier 6, near the south end of the Brooklyn Bridge Park, something other than the skyscrapers of lower Manhattan now dominates the horizon.

Creed, one of Great Britain's most acclaimed contemporary artists, works in a variety of media including sculpture, painting, installation, choreography, and music. The London-based artist is known for his conceptual minimalism, using existing materials and situations to create logical, deadpan works that question the definition of art.

Work No. 2630, UNDERSTANDING (2016) is Creed's largest public sculpture to date. The word 'understanding' is crafted with ten-foot tall individual steel letters and supported by an industrial 50-foot long I-beam mounted to a post. The letters are illuminated in neon red, and rotate 360 degrees on a central axis at varying speeds; a computerized program designed by the artist determines the rhythm. The post stands in the center of a rectangular, tiered concrete base, meant to be used as seating for park visitors.

Nicholas Baume, Director & Chief Curator at the Public Art Fund, which brought Martin's sculpture to the Brooklyn Bridge Park, says, "Martin Creed is a poet of the everyday. His art confronts us with things we think we already know, inviting us to look at them afresh. 'Understanding' is a simple word with complex meanings. In this luminous and dynamic sculptural form, the word is isolated, monumental, and continually moving. Both literally and figuratively, Creed offers us a new vantage point to see the world."

Baume goes on, "I think Martin intends the work as an open question: it could be read as a demand for more understanding in our polarized political landscape, but it can also be seen as a celebration of the understanding that exists between diverse people and communities that have made an effort to get to know each other."

Which is a reflection of the city itself; or at least, how we'd like it to be. Though only visible from two boroughs of New York City, Creed's message is one that would do well to be projected across the rest of the country and the world. 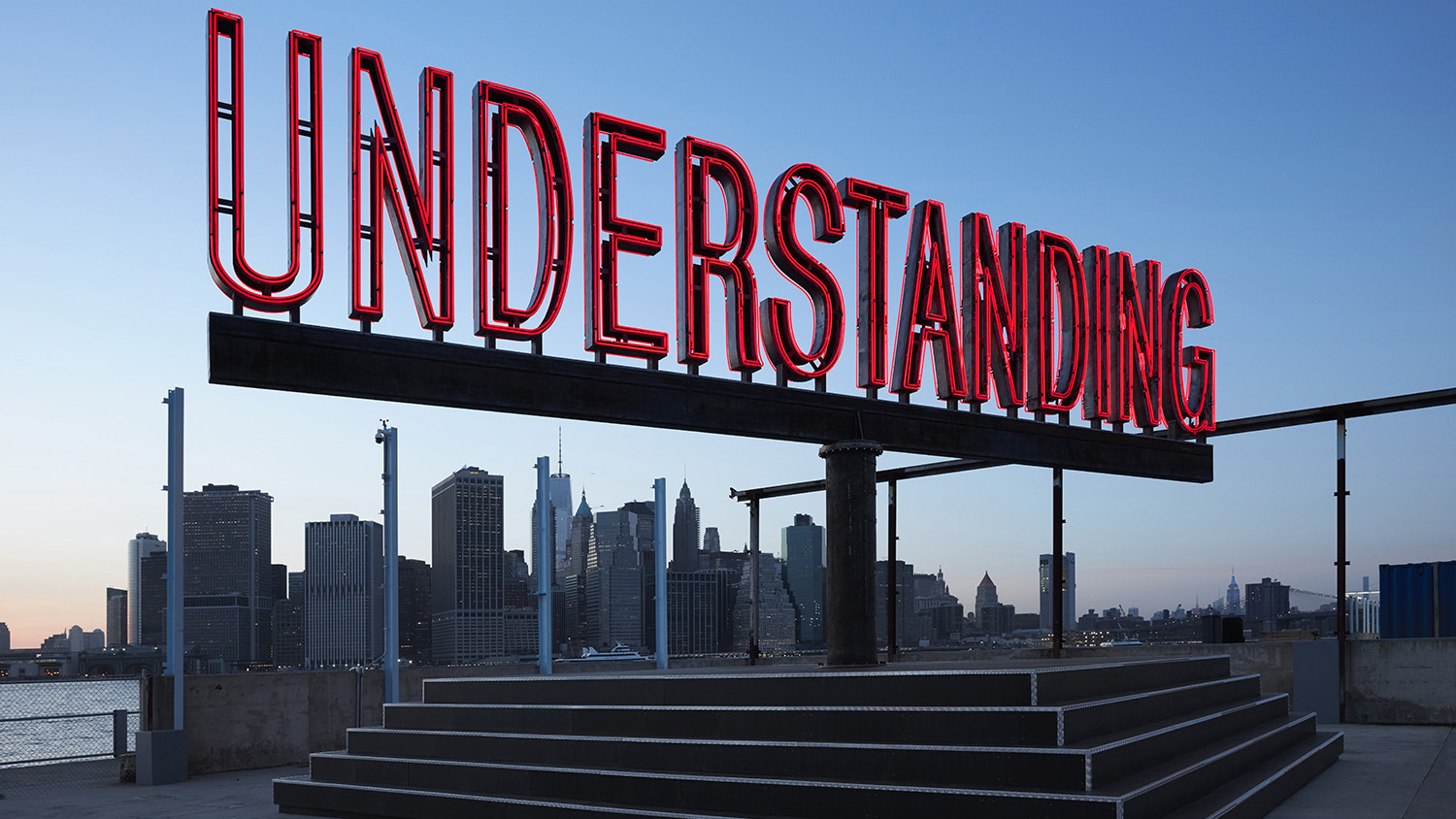 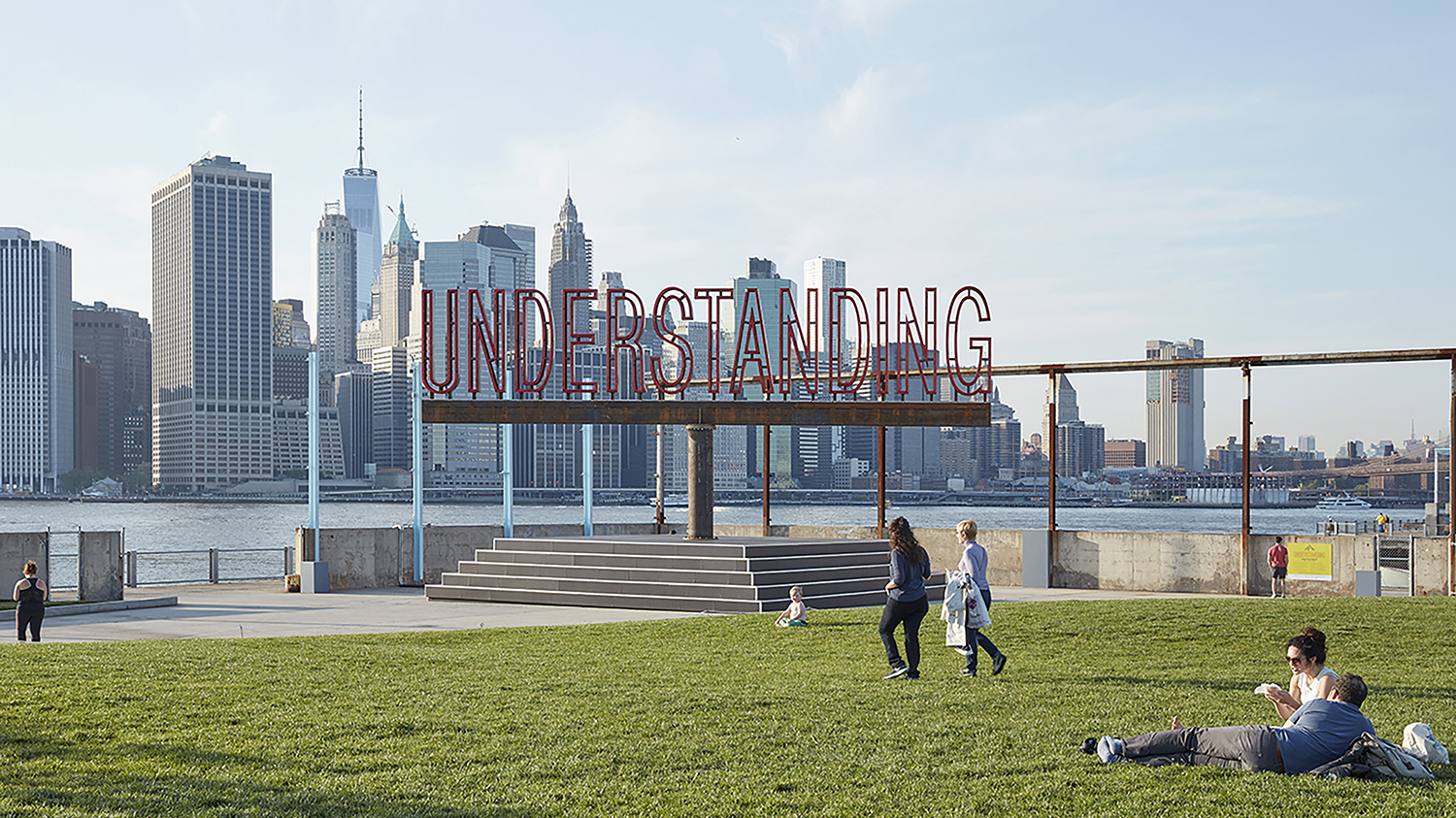 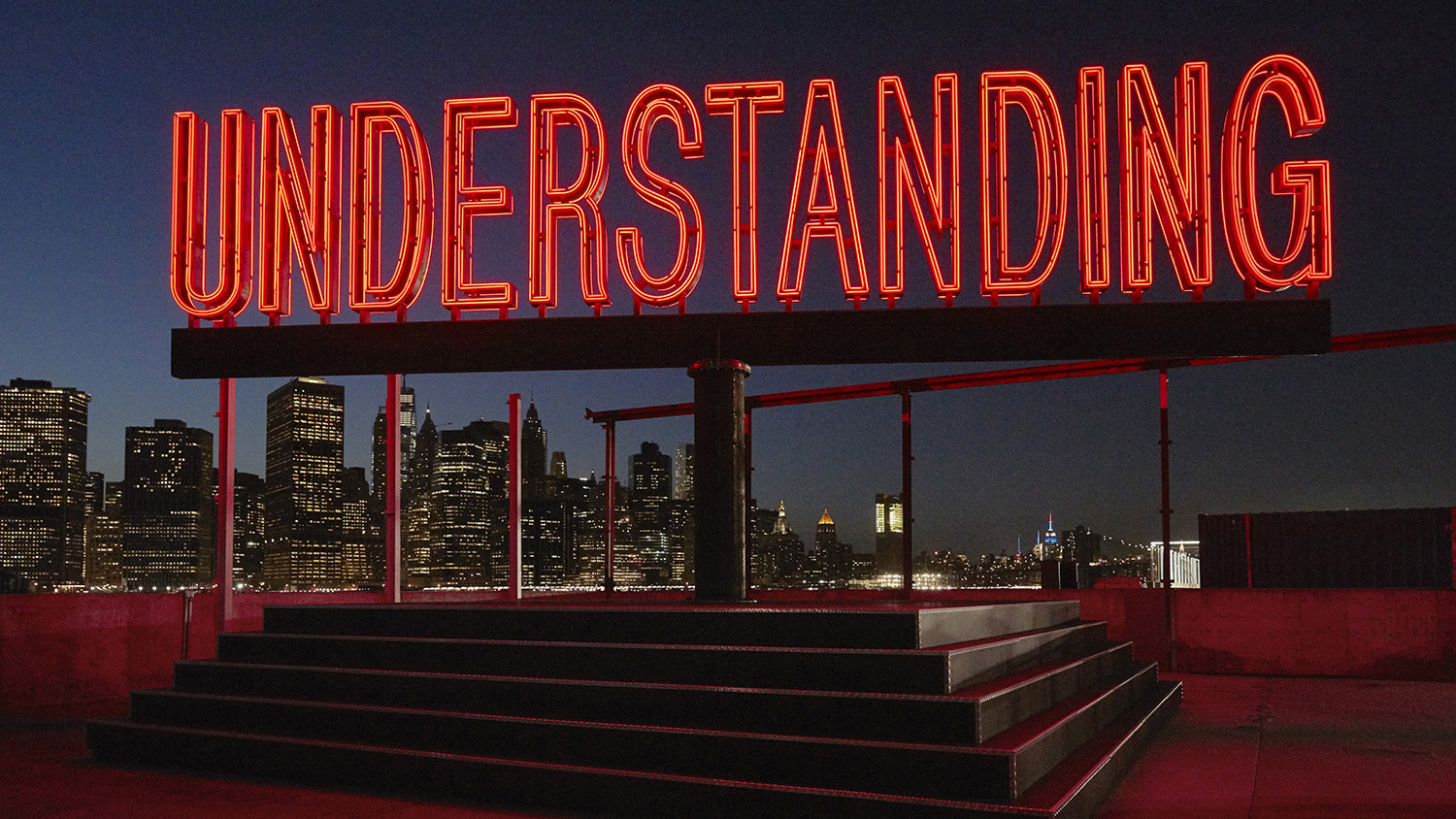