The moment you step through the doors and into the sun-drenched atrium of the Brooklyn Museum, you're greeted by music emanating from inventively constructed boomboxes. On display is everything from a sleek eight-by-twelve foot boombox modeled after Jamaican sound systems to the Presidential Vampire Booth, featuring a stocked bar emblazoned with the presidential seal and Prince's Purple Rain wedged into one of its compartments.

Boombox Retrospective—on view until August 14th—was organized by the Brooklyn Museum's contemporary art curator Eugenie Tsai after a successful run at The Contemporary Austin in 2015. This exhibition successfully blurs the boundaries between art and design, as well as technological innovation and analogue assembly. With boomboxes like Defender, made from the classic arcade game, or Bodega, an actual full-sized bodega that offers both coffee and music, the exhibition reflects Sachs' unmistakable DIY aesthetic and his career-long transformation of everyday materials into art that is both visually striking and functional.

Although Boombox Retrospective proposes to focus solely on seventeen years of Sachs' boombox creations, the exhibition also traces the development of many of Sachs' quintessential artistic interests. There's his subversive appropriation of mainstream commercial logos, evident in the golden arches of his McDonald's Boombox. You'll also find space exploration, particularly the Apollo missions of the '60s and '70s; see his NASA-branded boombox AAU (Acoustic Amplification Unit) MK II and Phonkey, which, with its wing-like solar panels, resembles a satellite. Only Sachs' frequent Hello Kitty references appear to be absent in this exhibition.

In a flyer distributed with the exhibition, Sachs reveals that his experimentation with boomboxes began as a child, driven by his love of music and a passion for tinkering. Motivated to pursue building boomboxes after his first attempt at a portable sound system in 1981, Sachs writes, "Like many suburban lonely guys, I've been making sound systems for myself, to impress friends and mostly to bore and alienate beautiful women with long talks about high quality electronics…just ask my wife."

Despite Sachs' ribbing at his own musical nerdiness, Boombox Retrospective is anything but boring or alienating. Children, casual viewers, and sound system geeks alike are drawn to the lively, danceable, fun songs that seem to originate from all the boomboxes at once and echo through the Rubin Pavilion. The Brooklyn Museum will further encourage engagement with the boomboxes this summer by hosting several residencies with well-known DJs such as DJ Nemo, TYGAPAW, Natasha Diggs, and Juliana Huxtable.

By placing the boomboxes in the museum's entryway, as close to the outdoors as possible, Sachs gives a nod to the beat-driven, audio-influenced street culture that accounted for the popularity of boomboxes in the '80s. Although the boombox has inevitably gone the way of the 8-track player, the exhibition draws on our collective nostalgia. By harnessing the shared energy and accessibility of boomboxes, Sachs' Boombox Retrospective generates a palpable sense of community and wonder. 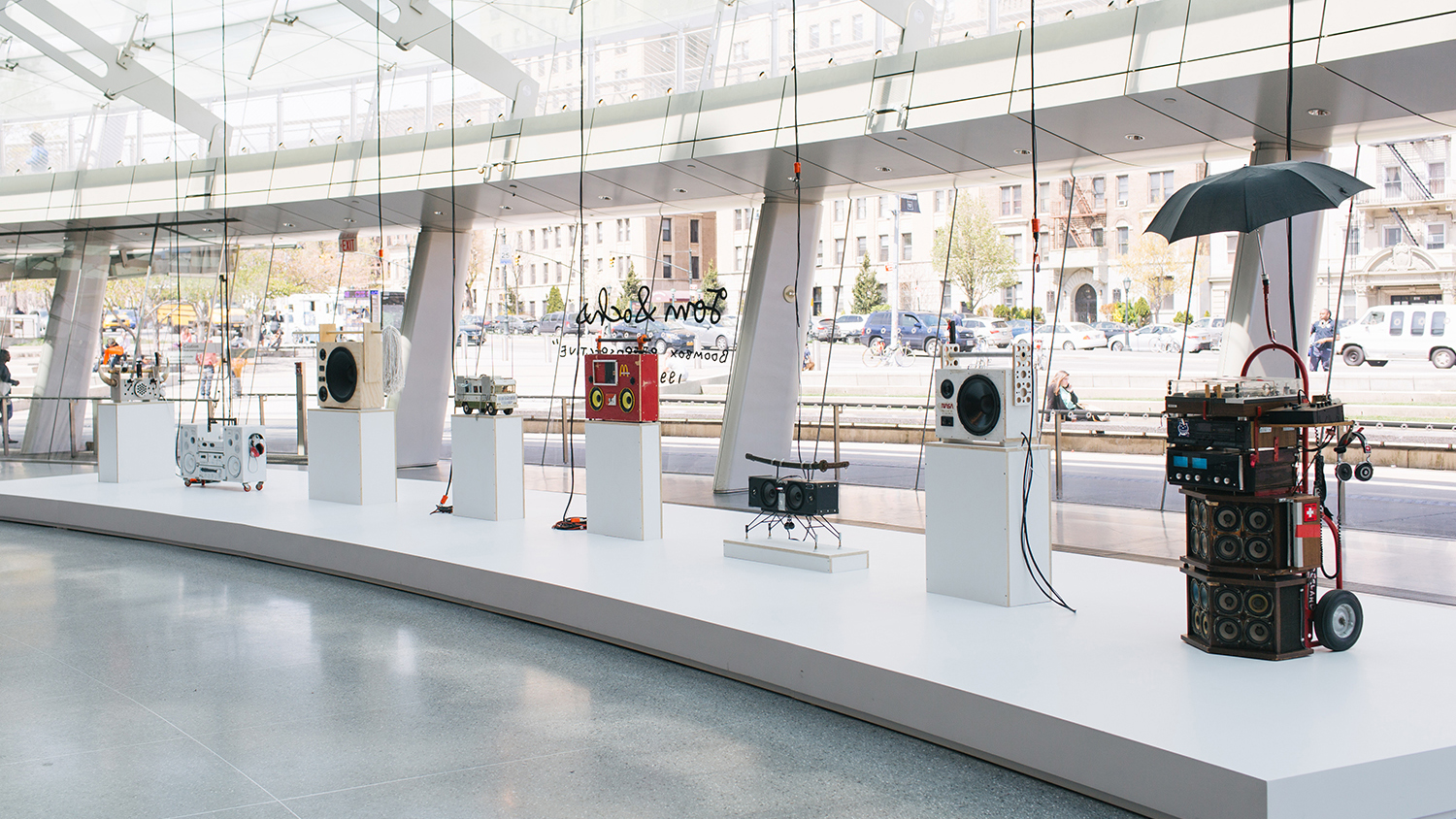 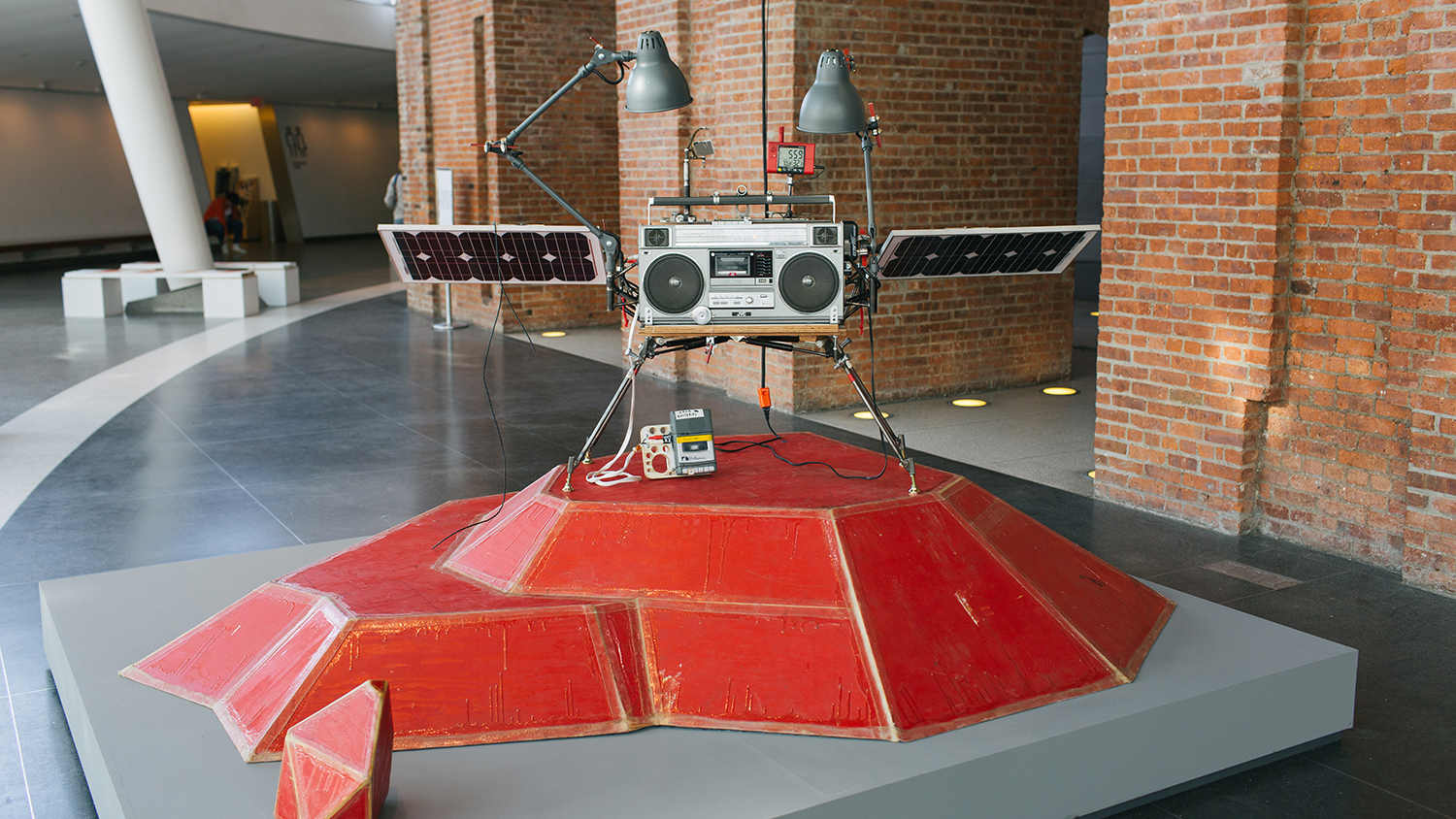 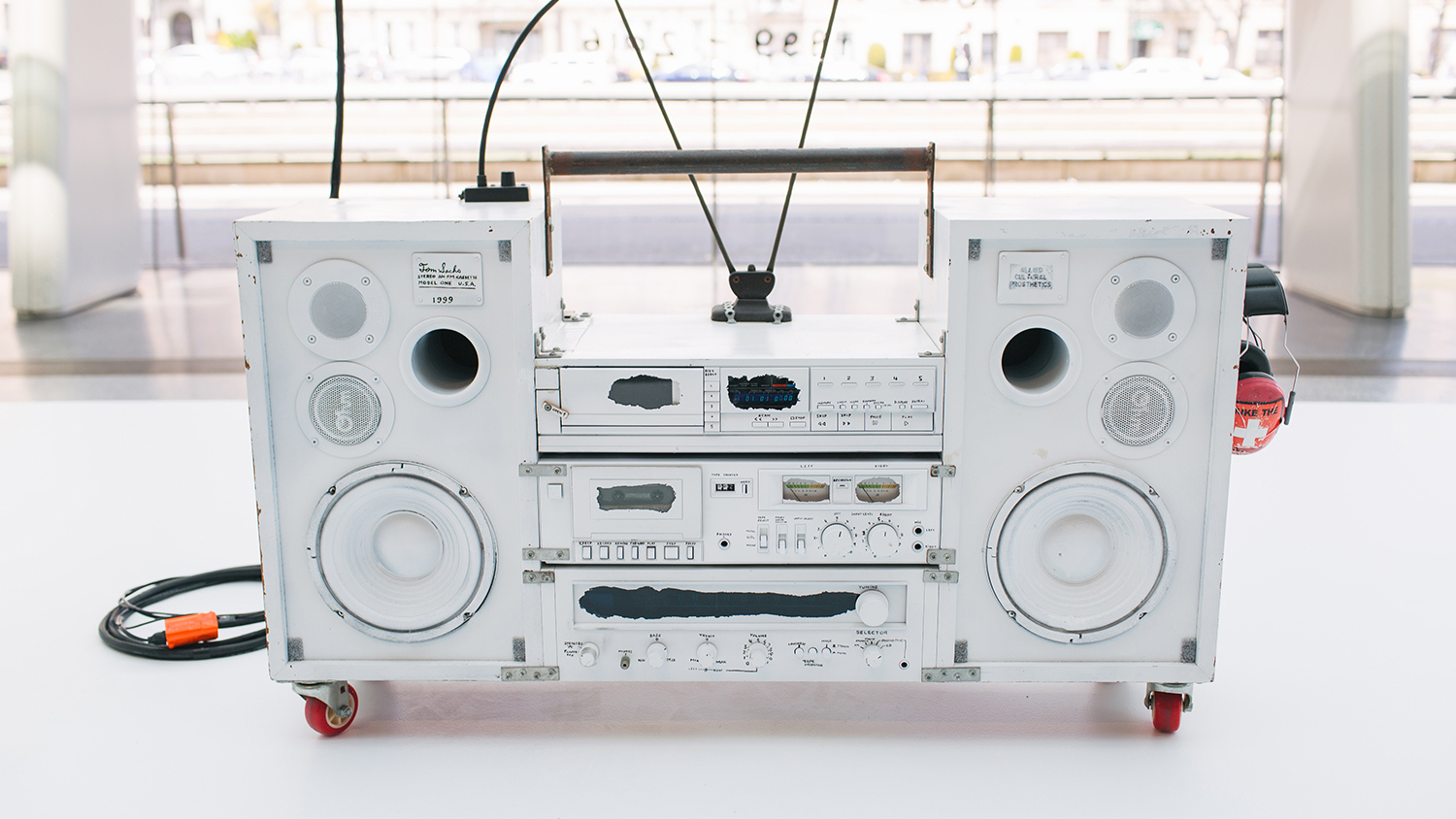 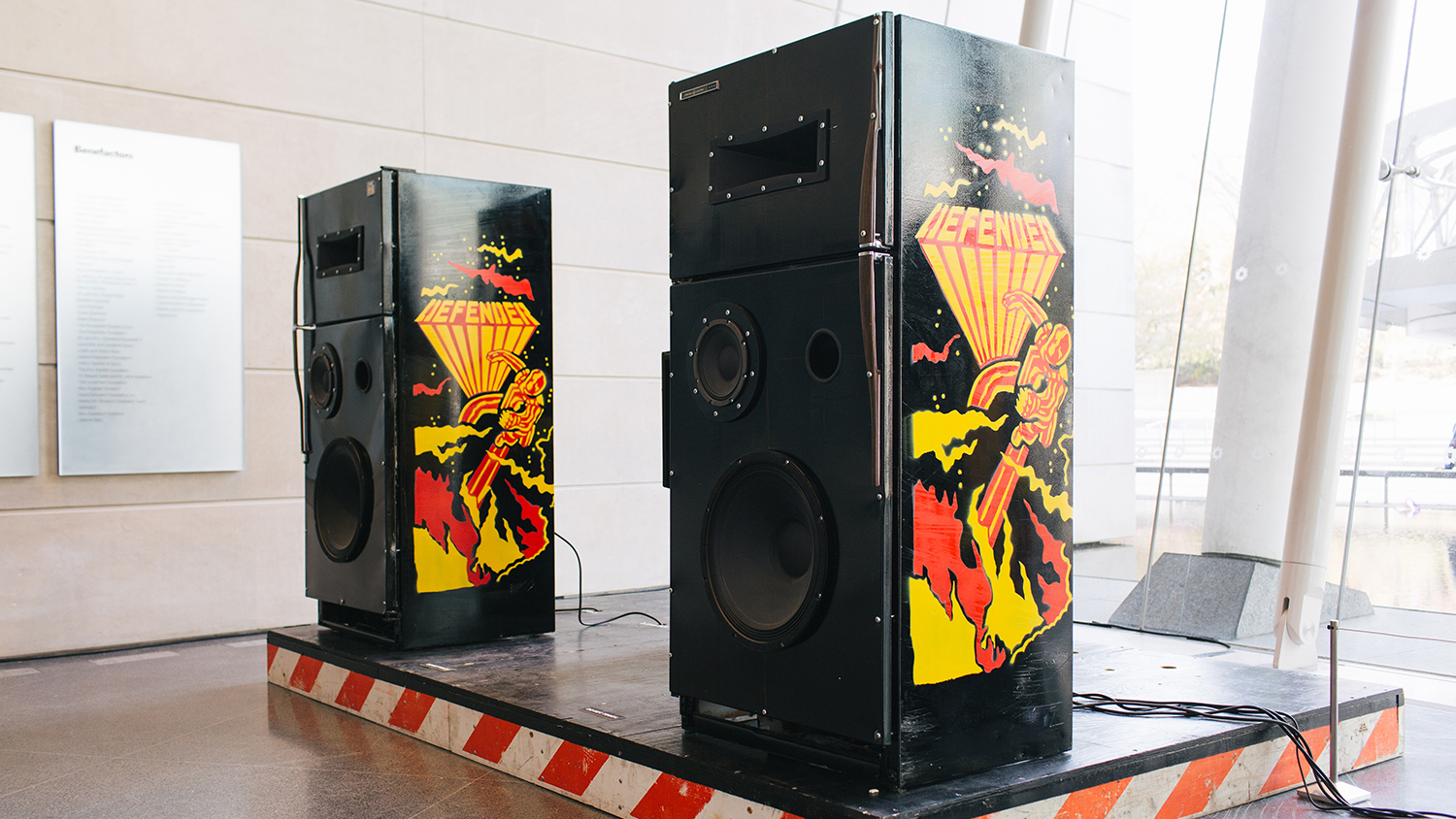 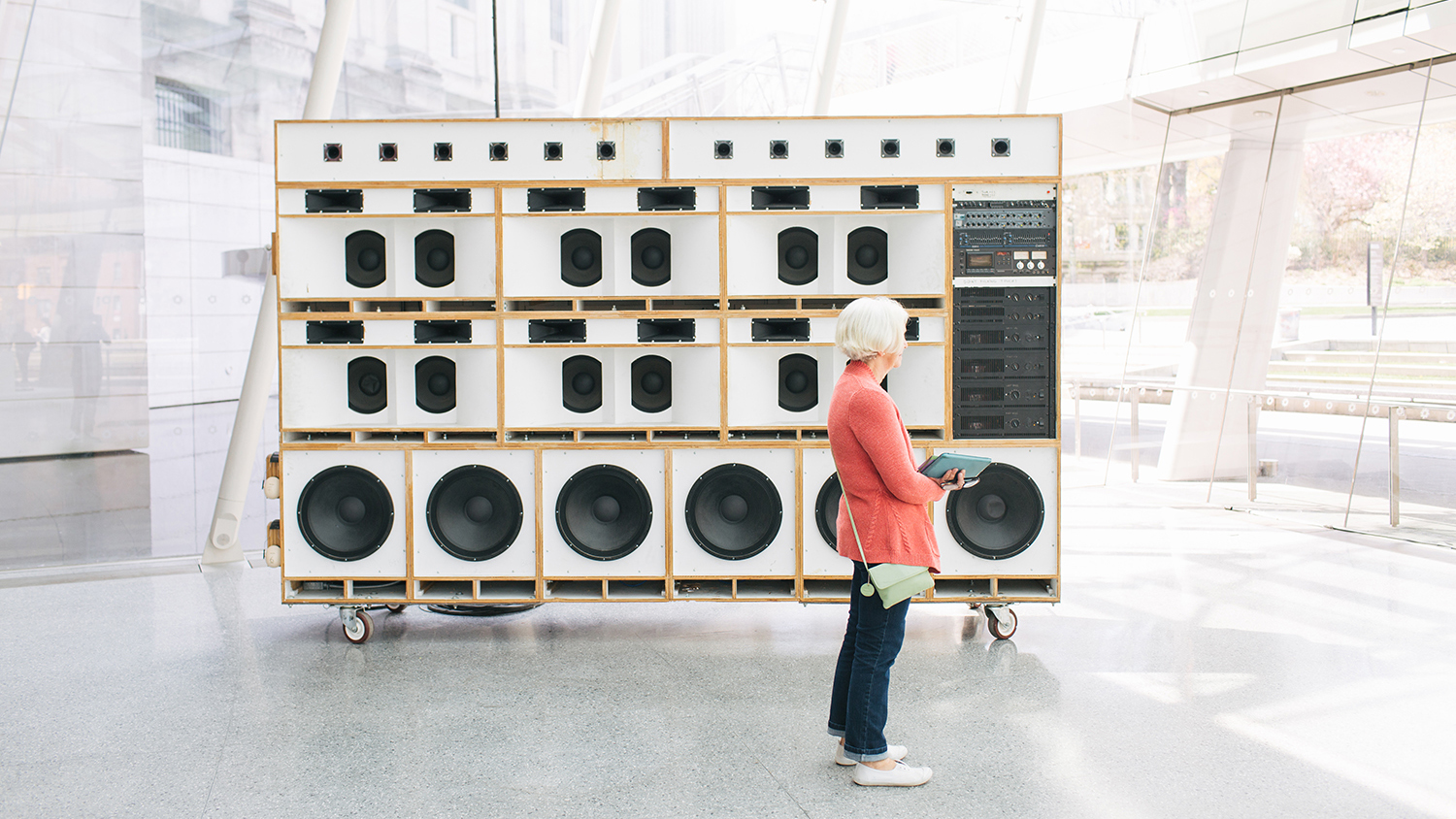