The Art of Making Music Modern

Making Music Modern: Design for Ear and Eye at the Museum of Modern Art celebrates the many relationships between musicians and designers and how they influence each other. Tracking the evolution of music technologies, the exhibit illuminates how listening devices have elevated musical preference from an interest to an identity. Listen to punk? You are punk. Beyond the devices used for listening to tunes - LPs, iPods and chunky headphones - the museum also displays posters, sheet music, album covers, musical instruments and designs for auditoriums. Every piece seems designed to recall a distinct moment in history, whether a decade of affluence, a modernist aesthetic or a futuristic fluidity.

These historical moments, alongside both alternative and mainstream musical cultures, are reflected in the exhibit's framing of aural history - Sex Pistols artwork stands parallel to an album by the Beatles. The museum highlights the symbiotic action and reaction between music and design. This also serves to expound the genius of such artists as Daniel Libeskind, Hiroshi Ohchi and Lilly Reich - avant-garde designers who reflected and refined modern musical identities through their creations.

Browsing the exhibit, one visually experiences the evolution of identities and musical technology. The displays chart the history of the headphone and feature select turntables and record players along with less common technologies like the TP1 - a portable transistor radio and phonograph - designed by Dieter Rams in 1959.

Of particular interest is an early innovation in personal mobile music - a turnstile, made of clear pink plastic, which plays vinyl 45s and includes a silver-colored case that allows for easy transport. In Making Music Modern, the old-school and the futuristic stand side by side - the TP1 sits in contrast to a piece by Hartmut Esslinger Wega 51K, a stereo system made of plastic and steel. Created in 1976, the turntable is a series of gray boxes and black buttons - designed to look futuristic and cutting-edge.

An equally eye-catching display is the wall of album covers that irresistibly beckons visitors. Since the exhibition opened, the social media world has seen a burst of the exhibit's hash tag #MakingMusicModern, where visitors tag their favorite album from the collection. A perusal of the choices reveals the enlightened decisions of the exhibit's curators - the array of album art proves a unique revelation of the American cultural psyche over the past five decades. At one corner, a pre-scandal Britney Spears smiles angelically from the ...baby one more time cover. Tangential, a naked baby floating underwater reaches for a dollar on Nirvana's Nevermind. Dexter Gordon's solemn profile in Our Man in Paris hangs nearby.

Making Music Modern: Design for Ear and Eye recognizes the triumph of design in shaping a culture - mod black and white speakers unfold from a stereo system like robotic arms, and small transistor radios with slim silver handles live in colored shells, including bold tangerine, candy apple red, and black matte. Not only does Making Music Modern encompass the evolution of the design soundscape, it pinpoints moments of adolescence that resound aurally and visually. Making Music Modern is housed in the Phillip Johnson Architecture and Design Galleries and runs until November 1, 2015. 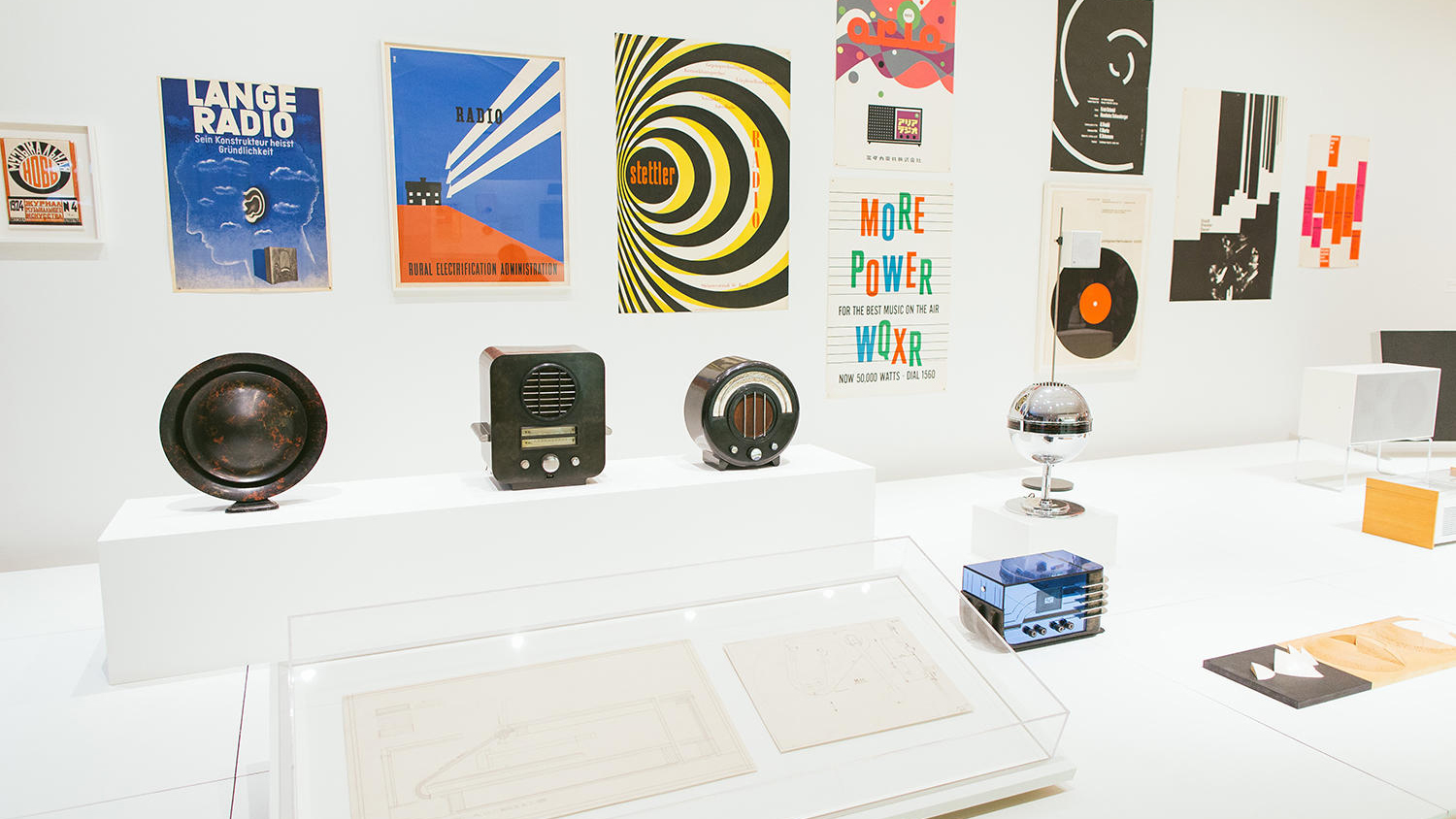 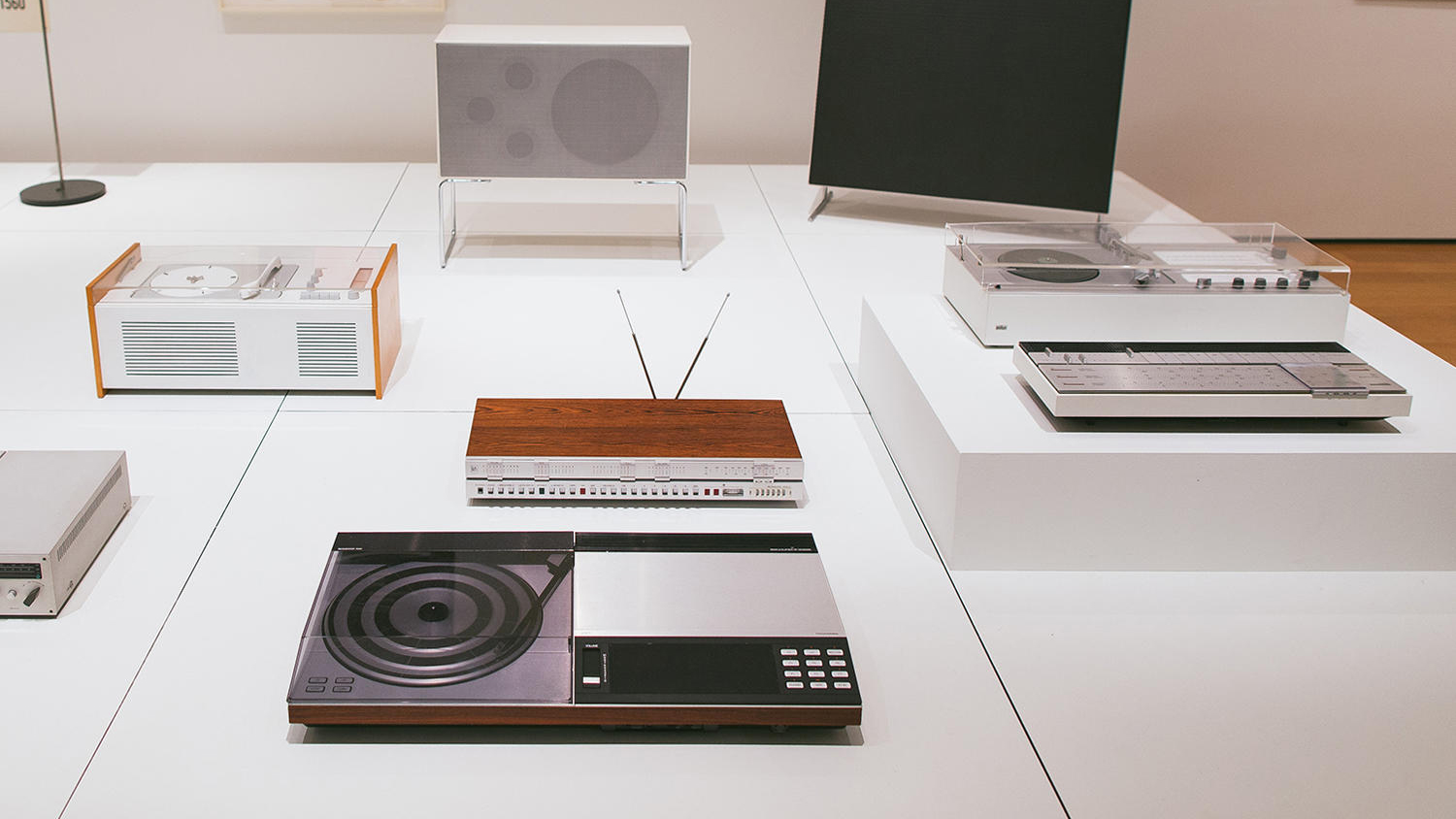 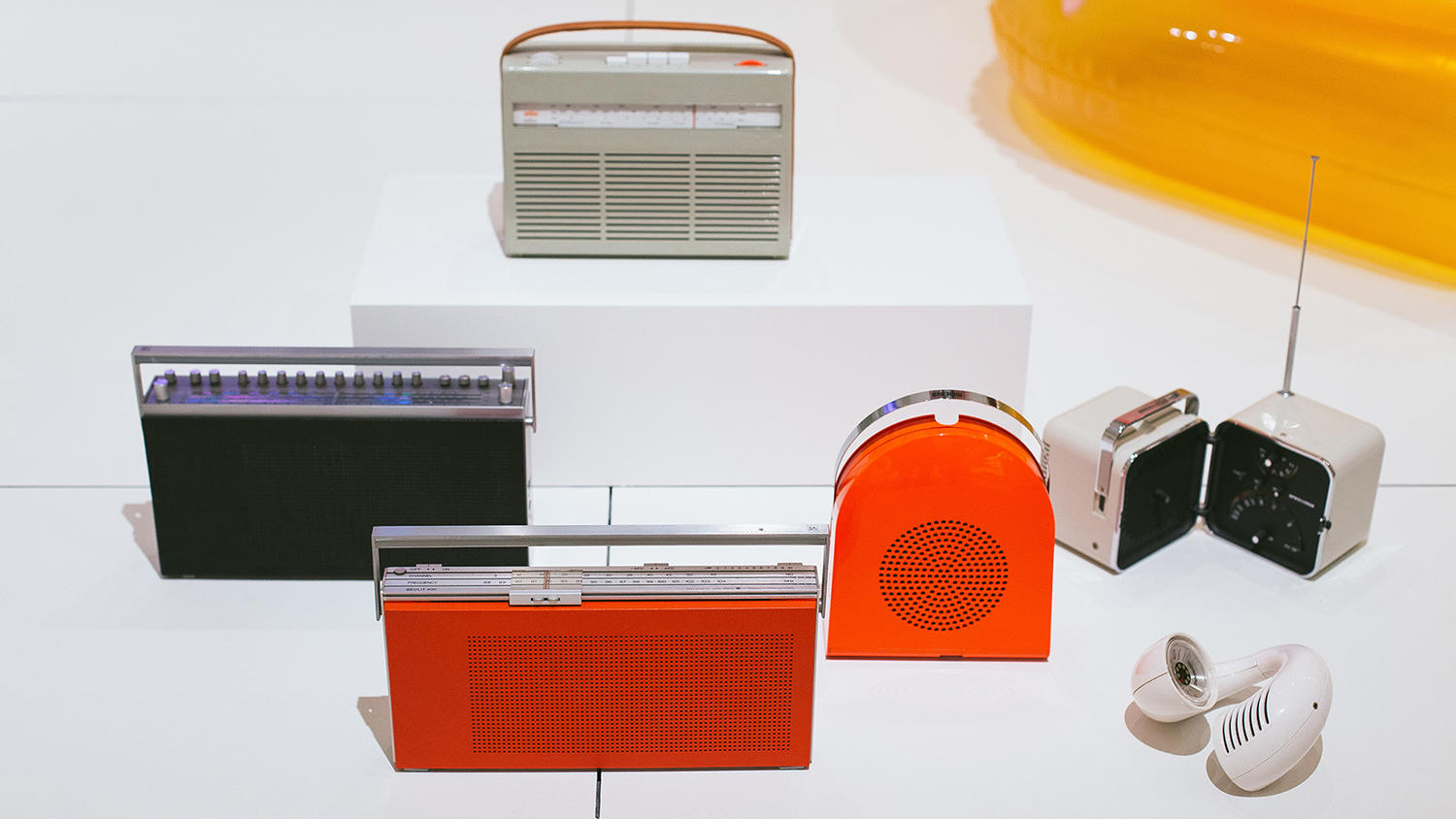 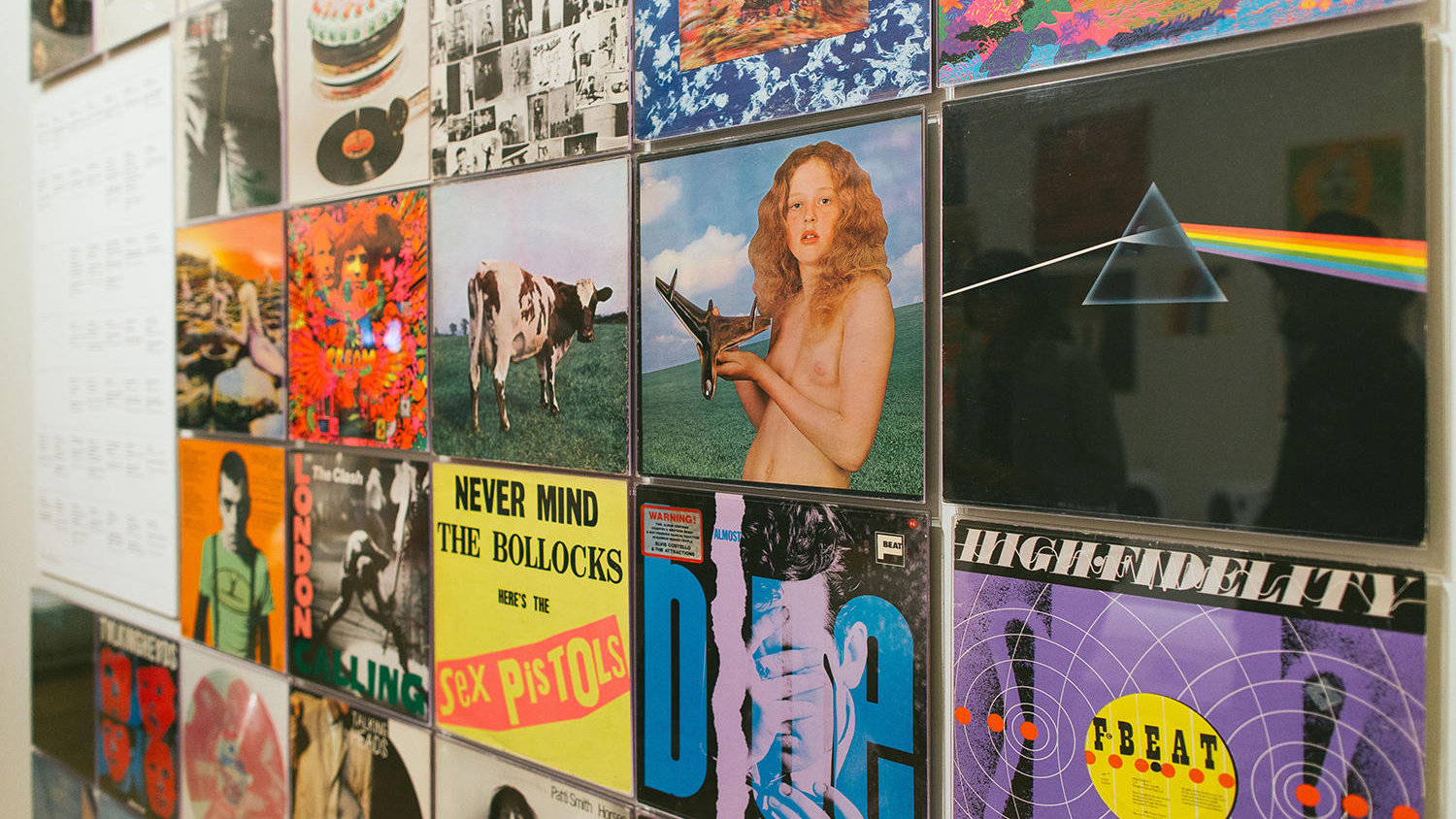