Conceived by New Zealand-based musician Nigel Stanford, Cymatics is a music video that explores the visualization of sound, depicting granules of sand, streams of water and arcs of electricity coming to life as they are affected by sonic forces. Giving form to the intangible and invisible, the content of the video appears to defy physical laws — while actually reinforcing them.

Of the inspiration behind his video, Stanford states "In 1999 I watched a documentary on Synesthesia—a disorder that effects the audio and visual functions of the brain. People with the disorder hear a sound when they see bright colors, or see a color when they hear various sounds (…) This got me thinking that it would be cool to make a music video where every time a sound plays, you see a corresponding visual element."

Named for the science of visualizing audio frequencies, Cymatics is the first single from Stanford's new album Solar Echoes. The accompanying video, shot by New York film director Shahir Daud, gives each audio track from Stanford's single an accompanying visualization — from magnetic ferro fluid to plasma filaments — revealing the intricate and incredibly beautiful effects of sound on these varied forms of matter.

For the video's first visualization, Stanford appropriately focuses on one of the earliest cymatic inventions: the Chlandi Plate. Invented by the "father of acoustics," German physicist and musician Ernst Chladni, the thin metal plate is coated with a layer of sand and attached to a speaker. As notes from Stanford's secondary keyboard track are played, the plate vibrates at different frequencies, causing the sand to shift and morph into ornate kaleidoscopic patterns.

As the video progresses, Stanford experiments with the effect of sound waves on liquid. A stream of water spirals into a sine wave as it reacts to the vibration from a speaker. To create the effect, Stanford ensured that the speaker was vibrating at the same rate as the camera's frame rate, making the water appear to freeze in mid-air. Frozen vodka ripples in quickly shifting geometric patterns as bass frequencies of 50 and 100Hz reverberate from a speaker, and magnetic ferro fluid forms molten spikes and undulating waves as magnets controlled by a keyboard are activated.

When Stanford mimics playing the keyboard on the outer surface of a plasma globe, using his hand position to imply the level of filter being applied to the sound, his movements send fluorescent filaments shooting to the interior of the glass dome. Next, a Ruben's Tube — conceived by physicist Heinrich Rubens to demonstrate the relationship between sound waves and sound pressure — unleashes flames of varying strength and height. As organ notes matching the resonant frequency of the tube are played, pressure zones create variations in the flames to spectacular effect. Finally, as all tracks are combined and synced, a Tesla coil generates dramatic arcs of electricity, allowing the song's many layers to be perceived visually.

A testament to the power of sound, Cymatics is an ambitious endeavor that explores the genesis, diversity and applications of an unseen force. Through his unexpected use of scientific apparatus and musical equipment, Stanford unveils the innate and imperceptible artistry that surrounds us; a hidden sonic world that is remarkably complex, endlessly captivating and undeniably magical. 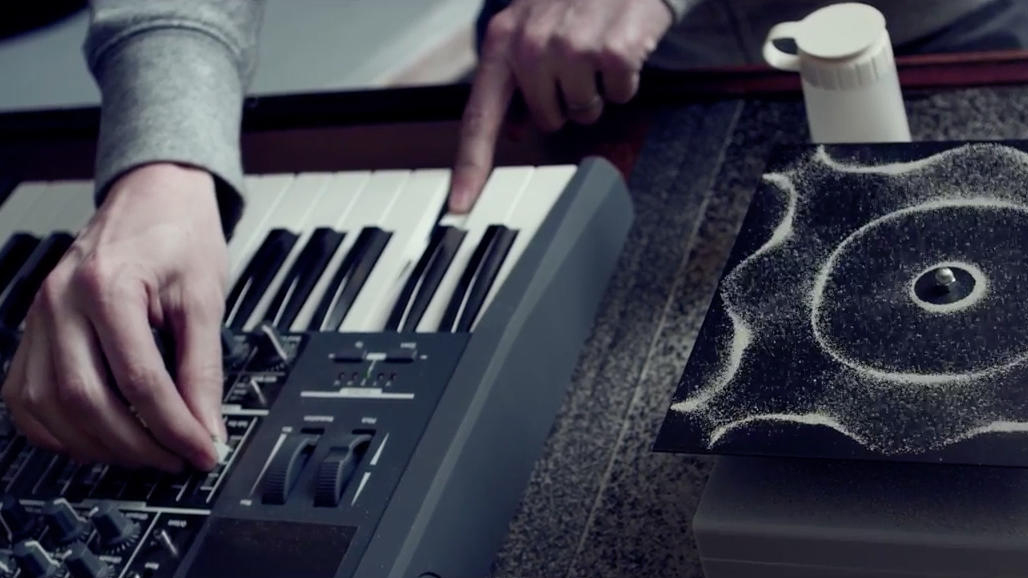 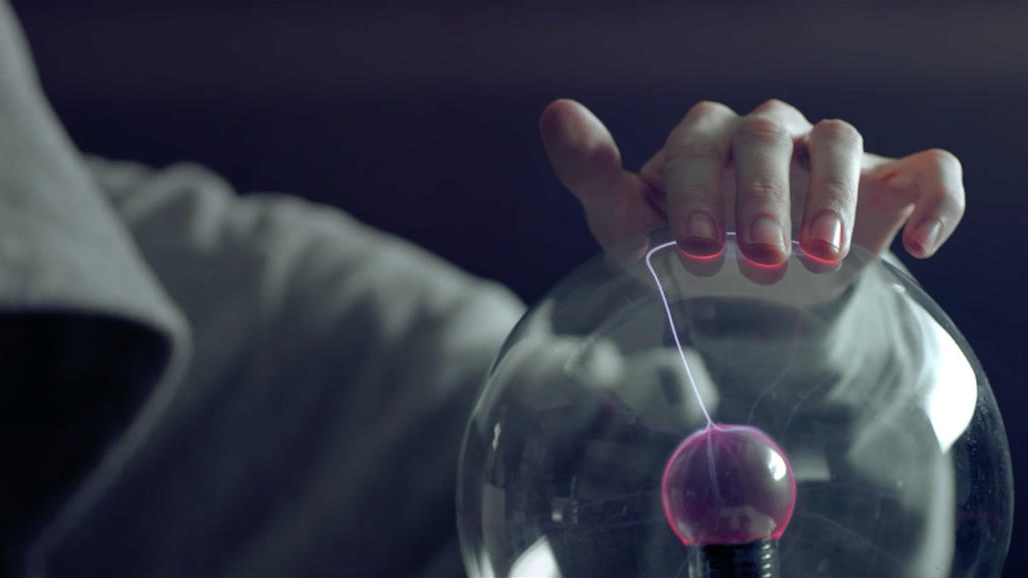