Can an art installation not only stimulate a multitude of senses, but also invoke specific targeted feelings in the viewer? Addressing this fascinating question, the aptly named Museum of Feelings employed light, sound and even scent to construct immersive experiences inextricably linked to the viewer's emotions.

Located outside Lower Manhattan's Brookfield Place, the 5,300 square-foot pop-up museum presented five installations based on a corresponding emotion including optimistic, exhilarated and calm. With its deft manipulation of the viewer's sensory perception, the Museum of Feelings was unmistakably inspired by influential artists such as James Turrell's light projections and Yayoi Kusama's crowd-pleasing Infinity Rooms. An unexpected addition likely motivated by the museum's sponsorship by Glade, each installation also featured its own individualized scent.

With lengthy lines and wait times extending to several hours, the incredible popularity of the Museum of Feelings indicated a passionate connection with viewers. Once inside the museum, guides led viewers through the installations, encouraging frequent engagement with the museum through social media. Technologically savvy, the Museum of Feelings began with Feeling Optimistic, a brilliant fuchsia light installation where viewers could activate the spinning central light sensors with a scented reflective pass card.

However, the most seasonal installation unquestionably was the subsequent Feeling Joyful, a pine-scented room with seemingly endless strands of emerald glowing LED lights hung from the darkened ceiling. Resembling a monumental forest, Feeling Joyful dwarfed viewers, conjuring the holiday spirit.

Titled Feeling Invigorated and Feeling Exhilarated respectively, the next two installations portrayed similar emotions through divergent means. In Feeling Invigorated, viewers entered a nightclub setting with a virtual neon halo surrounding their feet. As the viewer danced, jumped, twisted or, as one of the guides suggested, twerked, the halo reacted in an explosion of vibrant color and vibrating motion.

Like Feeling Invigorated, the experience of Feeling Exhilarated largely depended on the participation of the viewer as touchscreens created swirling pink patterns of peonies and cherry blossoms on the mirrored walls. Dizzying, the installations felt like a giant flowered kaleidoscope.

The final installation Feeling Calm could easily have been missed, hidden behind a heavy black curtain. Constructing a dream-like environment, the installation soothed viewers into a surreal tranquility with a visible cloud of lavender and vanilla scent, ambient sounds and a bubble-like wall-mounted installation that slowly turned from light to a rich dark purple.

While the installations within the museum were captivating, perhaps the most innovative and technologically significant aspect of the Museum of Feelings was the exterior of the museum itself. Acting as a barometer of New York City's moods, the museum's outside walls changed colors based on real time data culled by the museum from sources as varied as the weather, flight delays, stock exchange fluctuations and Twitter conversations.

Even though the nearby color and mood conversion chart lacked the common New York feelings of frustration and anxiety, the exterior revealed that New York was feeling a mixture of optimism and calm. A mesmerizing, as well as fun, transformation of feeling into art and vice versa, the Museum of Feelings allowed museum goers and engaged users to create their own mood selfies through an app MoodLens, an inventive example of the potentially emotionally generative combination of social media engagement and art viewership. 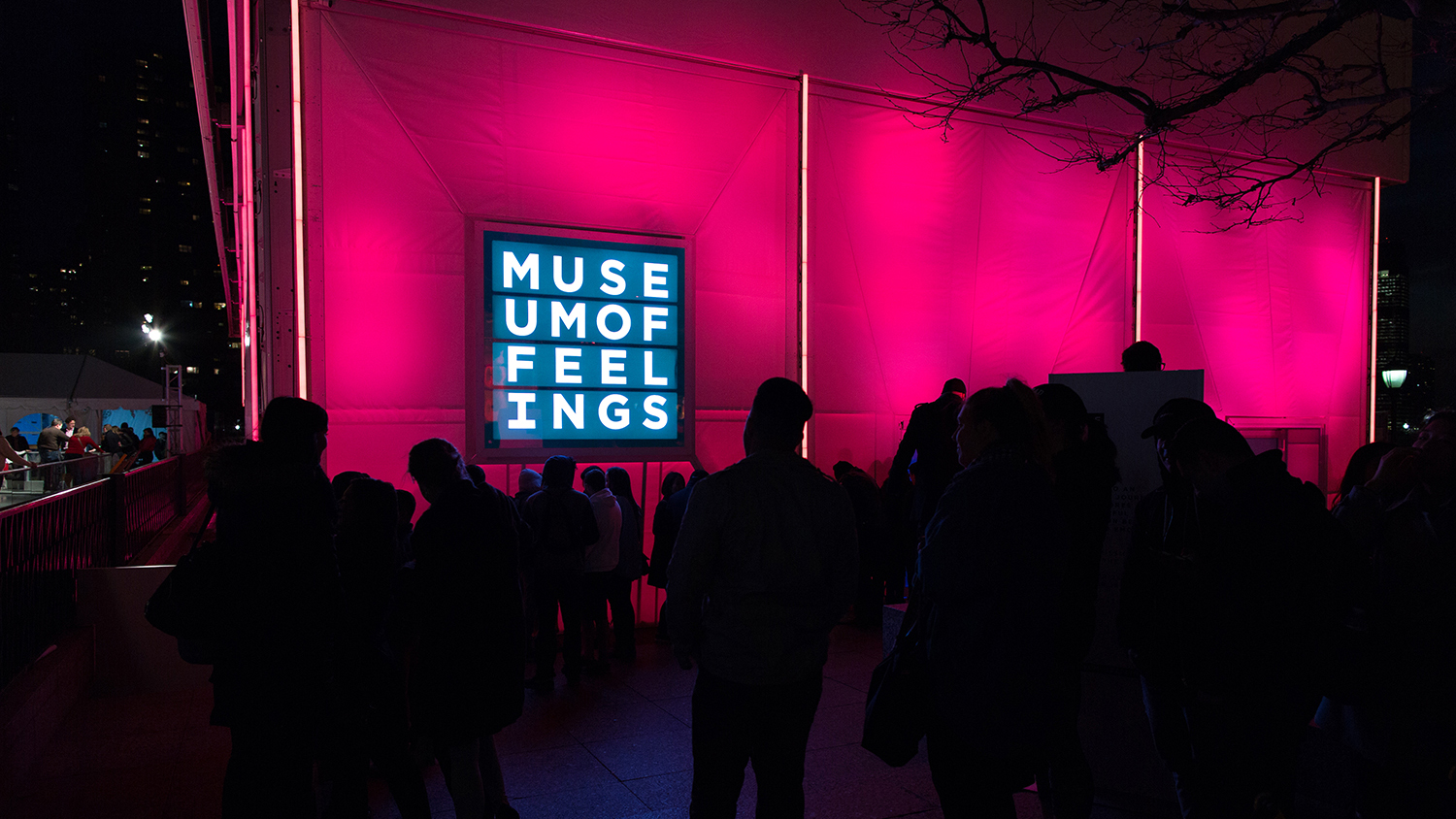 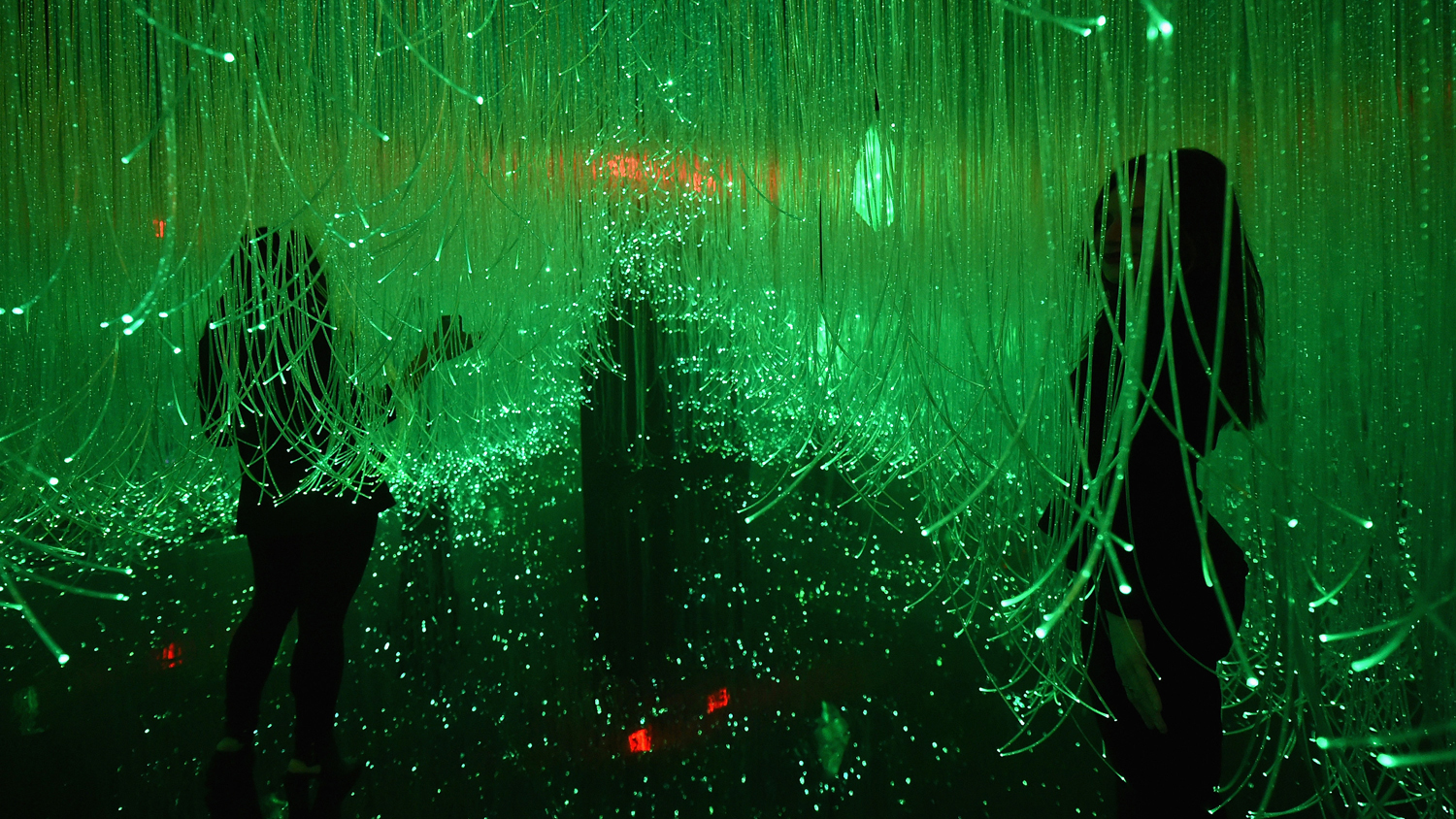 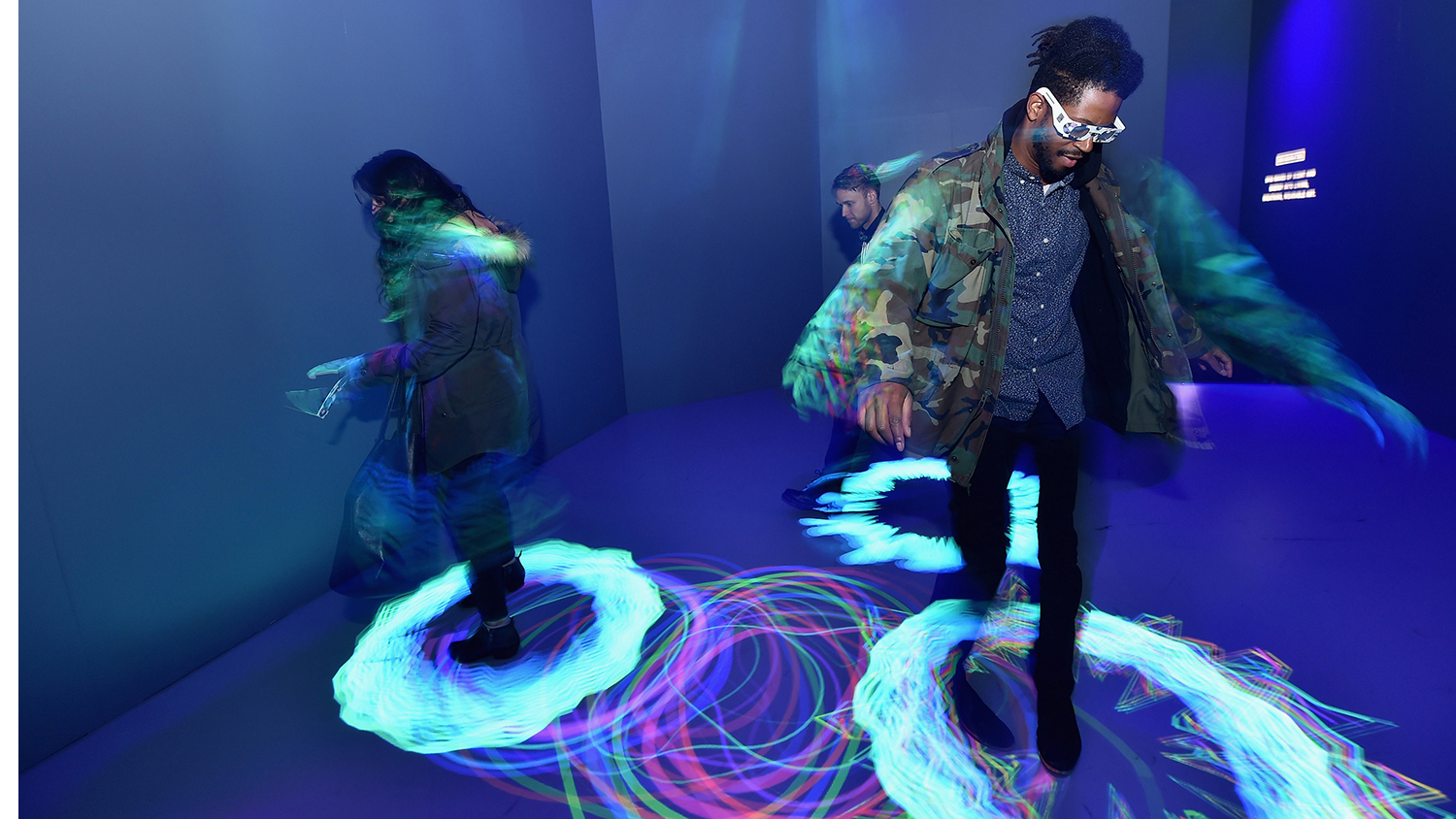 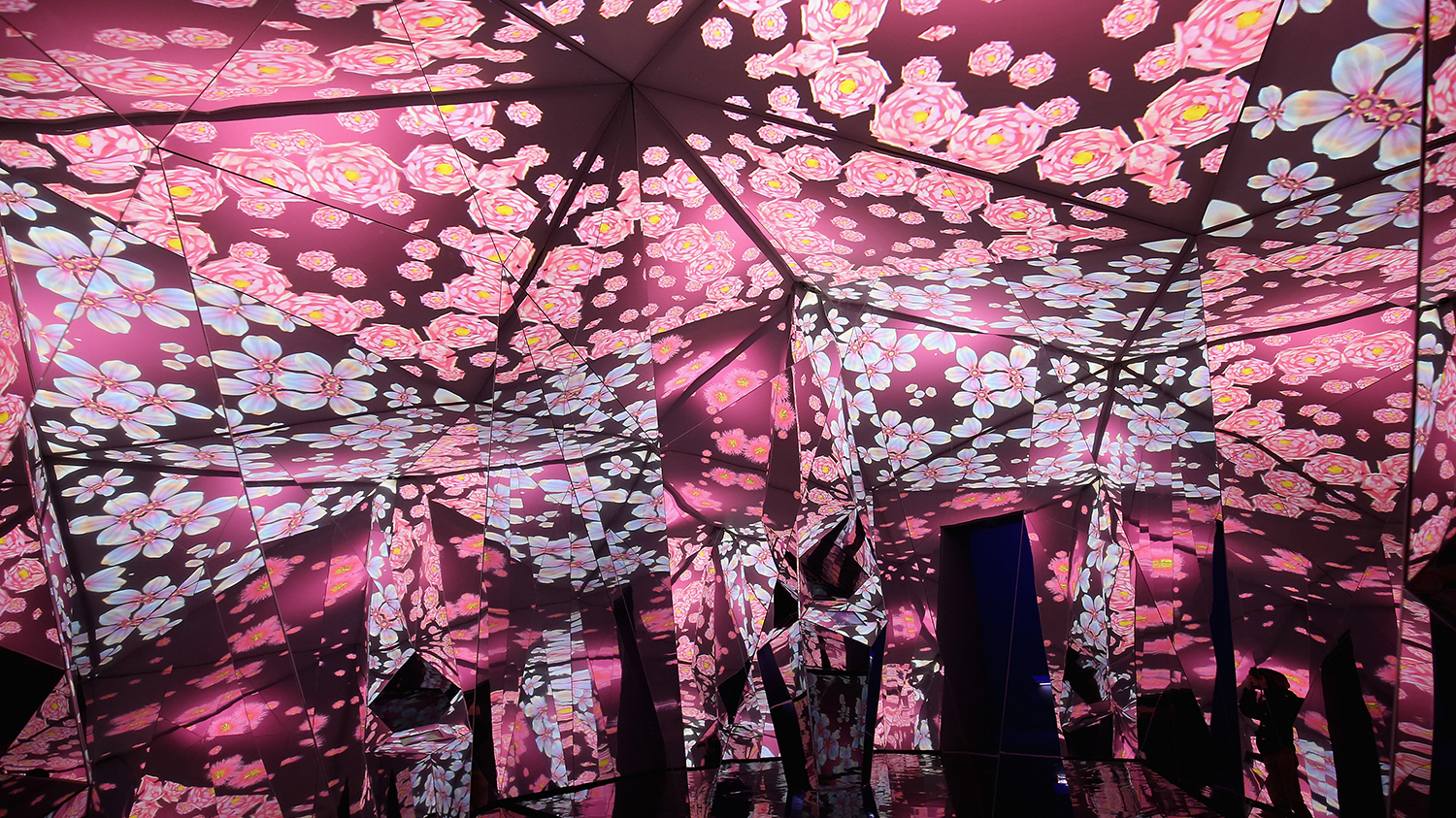