The third New Museum Triennial "Surround Audience" is a showcase of 51 early-career artists from 25 countries. The signature show is predictive, rather than retrospective, aiming to give viewers a glimpse into the future, a window into the culture of tomorrow as imagined by up-and-coming artists from around the world.

This year's theme, in the words of the New Museum, "explores the effects of an increasingly connected world both on our sense of self and identity as well as on art's form and larger social role." While globalization as a socio-technological phenomenon is already almost as old as some of the featured artists, as the visionaries in "Surround Audience" demonstrate, its effects are far from fully understood.

The show begins on the fifth floor of the New Museum. The ceilings are human sized, unlike the sprawling galleries on the floors below. To one side, through glass doors, is an exhibition of African-American contributions to television in the 20th century. The other half of the floor is devoted to Lawrence Abu Hamdan's works Tape Echo and The All Hearing. These works are composed of two mixed media pieces made of lightboxes, photographs, a compact cassette tape player from the 80s and an even older Watkins Copicat tape echo machine connected to three pairs of museum-issue headphones. A stairwell sensory vortex connects the top floor to the other exhibits. In this transition area bright green light reverberates off the stark, white walls and a continuous loop of sound swells, resembling a spaceship perpetually powering up to hyperdrive.

The gallery below holds Nadim Abbas's three "chamber" installations, each one named after a famous movie director: Coppola, Kubrick and Spielberg. Each chamber holds a bed and assorted personal items behind a thick wall of bullet-proof glass. Viewers are encouraged to use the attached rubber gloves to interact with the items through the barrier, à la Homer Simpson playing with radioactive reactor rods.

Two of the most striking exhibits live on the last gallery floor: Njideka Akunyii Crosby's paintings and Juliana Huxtable's photography. Both women explore the intersectional subjectivity of black women; the former illuminates this experience from the perspective of a Nigerian woman married to a white, American man, while the latter examines it as an extension of 21st century hiphop. Despite the different framings, both artists situate their work within a new, urban cultural vocabulary spread by the use of Facebook, Instagram and Twitter.

Part glimpse into the future and part map for understanding the present, "Surround the Audience" is a show not to be dismissed. 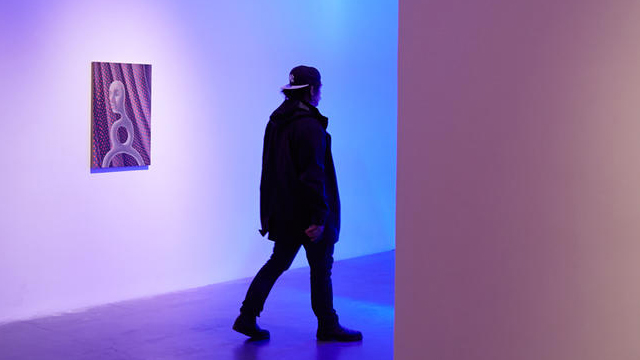 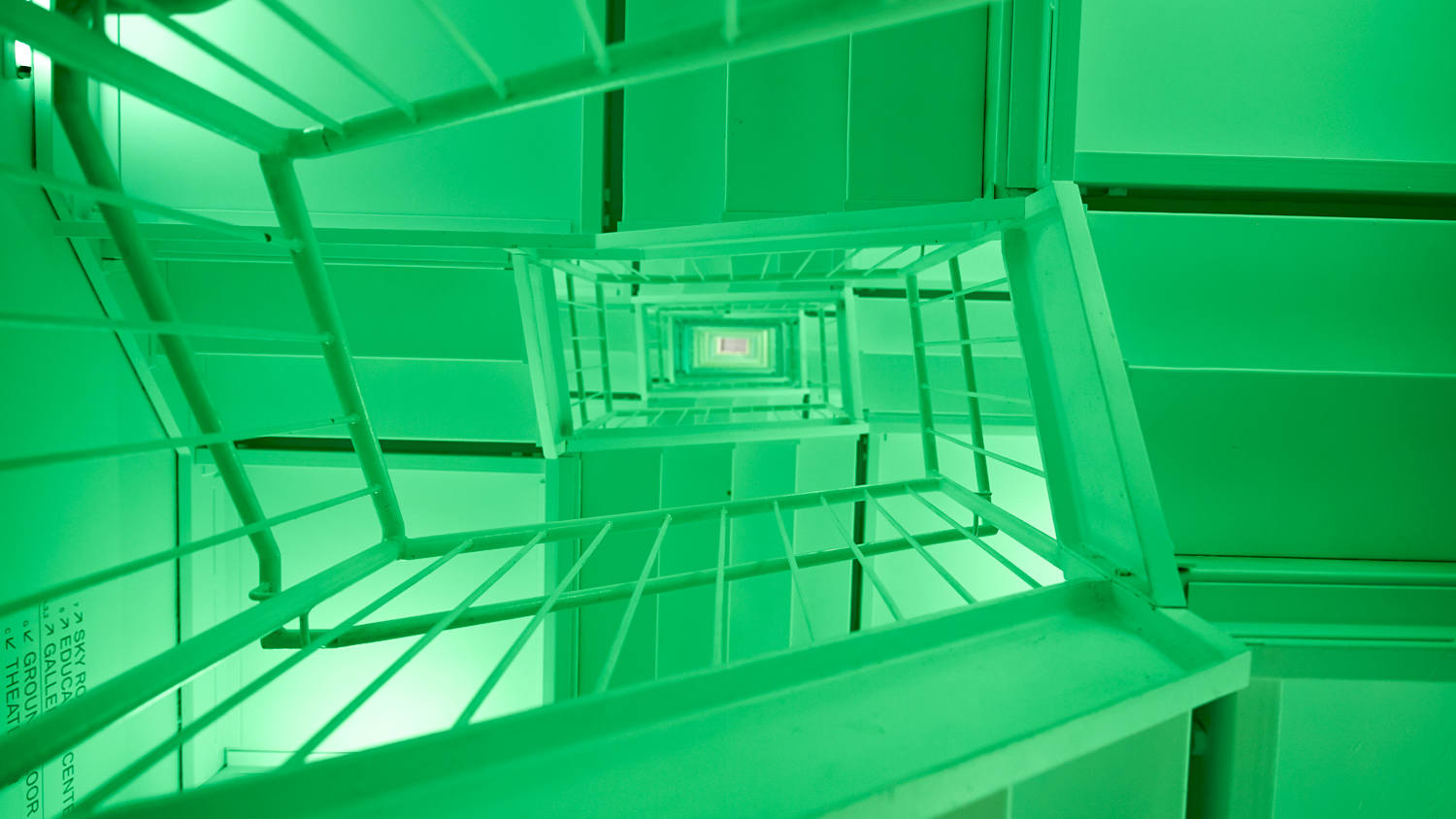 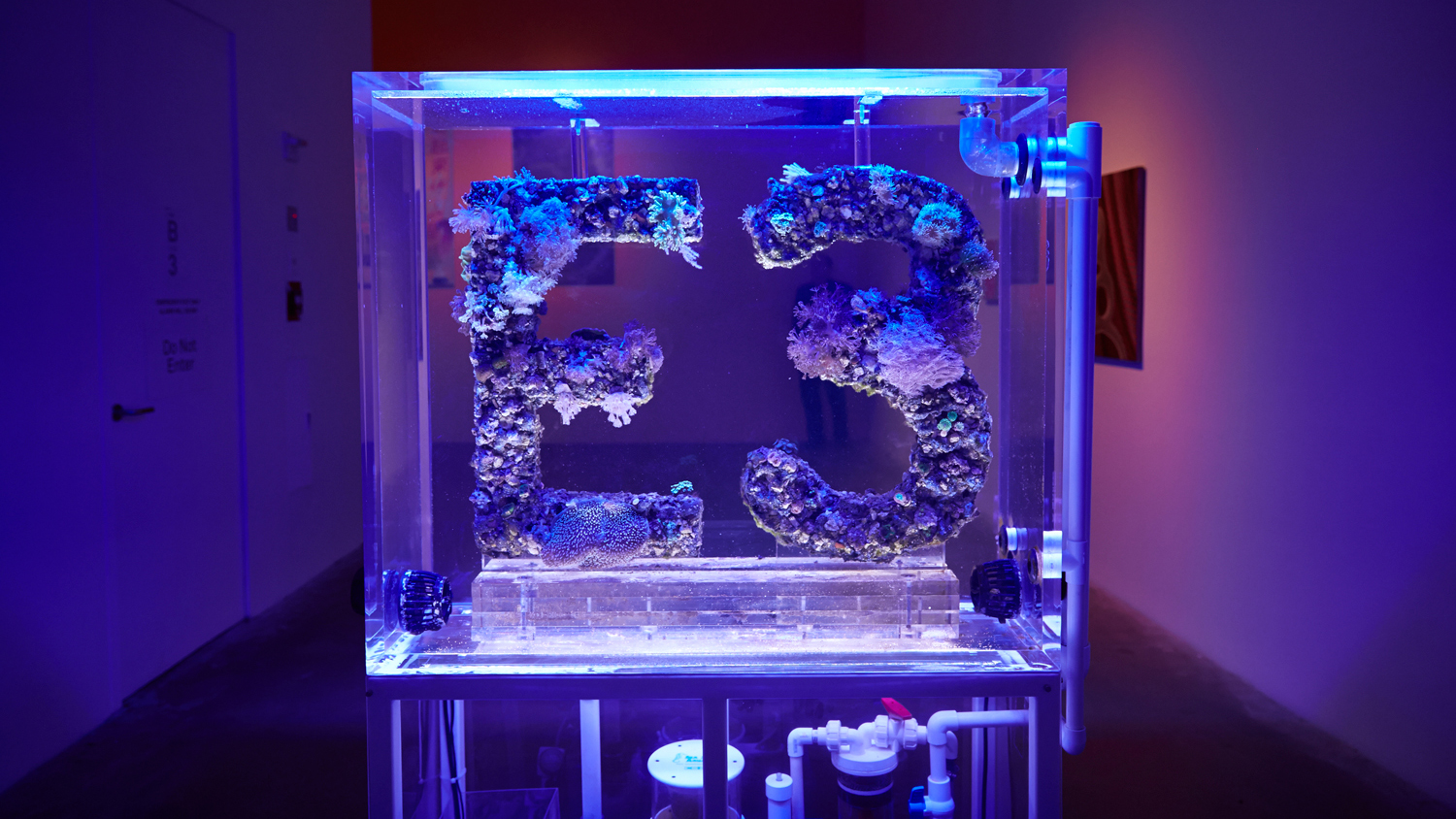 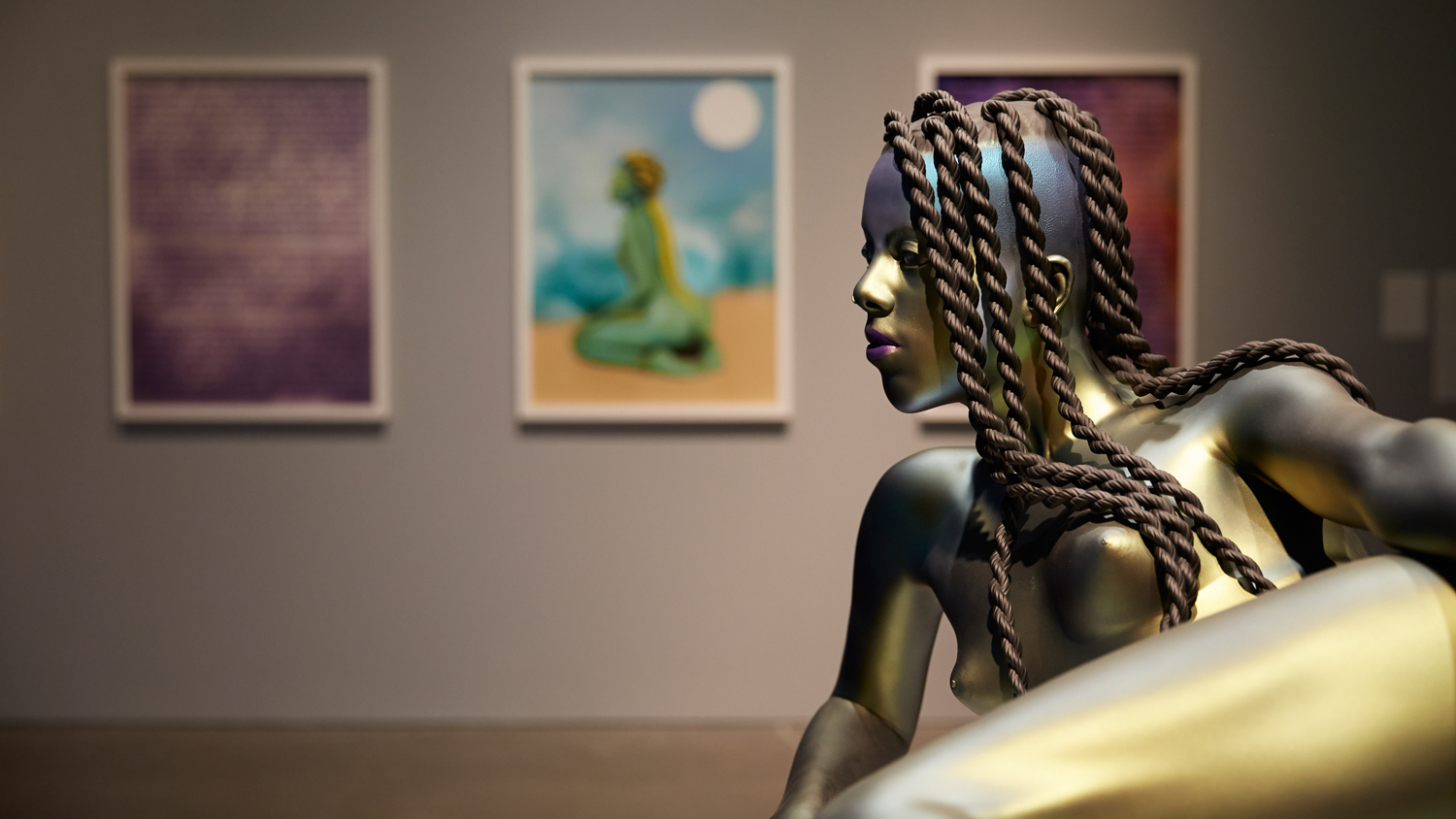 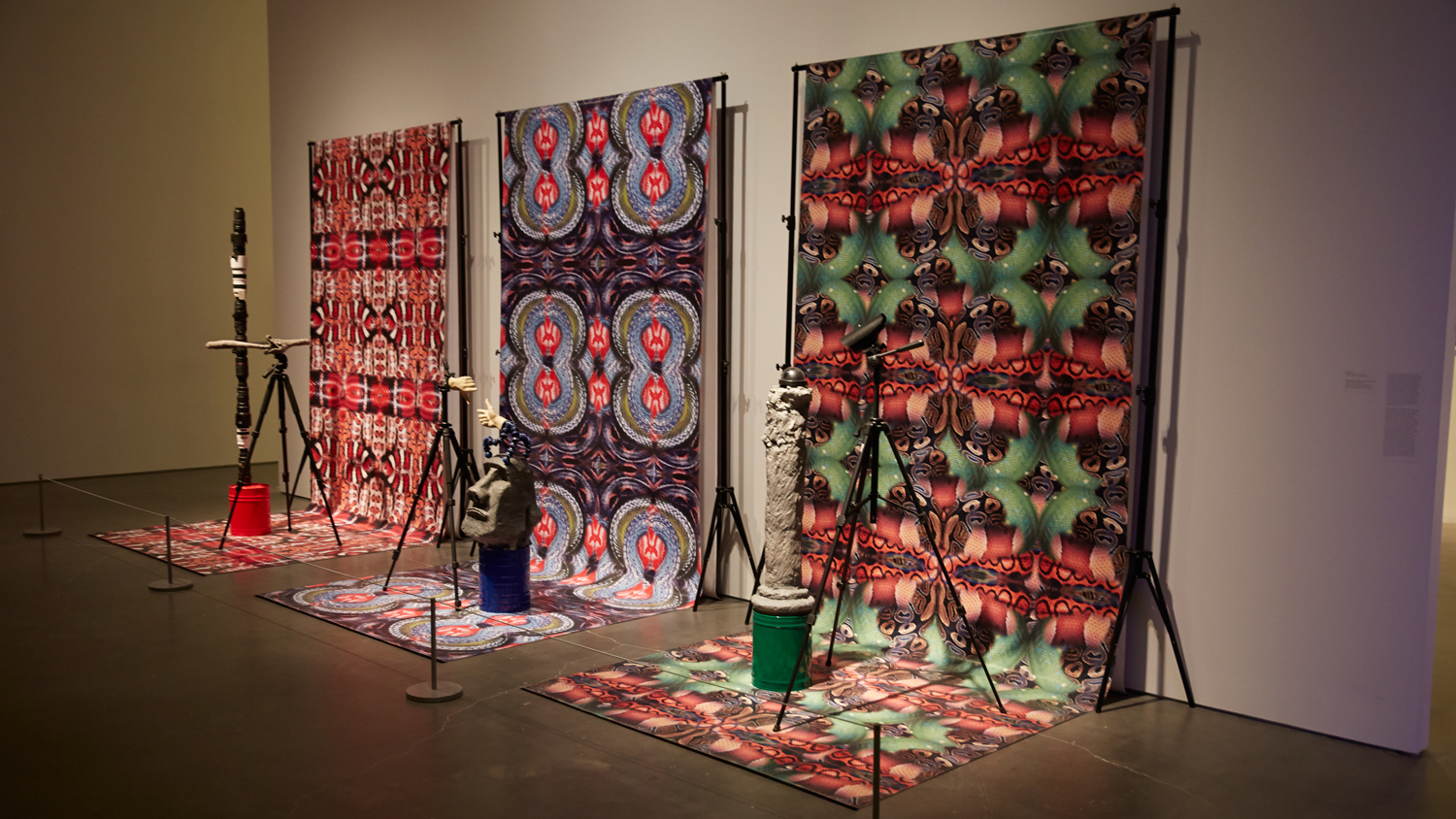