Finding Love in the Hearts of Times Square: Collective–LOK's 'Heart of Hearts'

The winner of 2016's Times Square Valentine Heart Design, an annual invited competition hosted in collaboration with Times Square Arts and the Center for Architecture, Heart of Hearts dramatically glistens and gleams as a fantastical ode to love in New York. An architectural collaboration between John Lott, William O'Brien Jr. and Michael Kohn, Collective–LOK beat out submissions by fellow firms such as BanG Studio, Sage and Coombe Architects and SLAB Architecture PLLC for the coveted opportunity to create a memorable romantic gesture.

With its flashing billboards, honking horns, countless street performers and numerous tourists endlessly flocking to the area, Times Square is not commonly considered the most romantic destination in New York City. However, Collective–LOK's immersive installation Heart of Hearts adds a much-needed boost of love-struck ambiance to Duffy Square.

Contemplating their installation, Collective–LOK see Heart of Hearts as "an engagement ring for our love affair with the spectacle of Times Square." A particularly apt description, Heart of Hearts strikingly resembles an enormous golden ring of tall, mirrored hearts, catching the eyes of passersby reproduced in its luminous surface.

Following last year's successful HeartBeat, a participatory musical installation conceived by Stereotank, Collective–LOK took interactivity one step further by constructing the first work in the competition's eight year history that viewers can physically enter. Walking inside the circle of hearts, Heart of Hearts confronts viewers with an all-enveloping dizzying space that muffles the outside cacophony of Times Square.

Watching their likenesses multiply, couples can canoodle within the reflective space of one of the six kissing booths that provide for both a public and private display of affection. Even if viewers don't yet have a valentine, perhaps they can find one within the confines of Heart of Hearts to reenact their own version of Alfred Eisenstaedt's iconic post-World War II photograph V-J Day in Times Square.

Even though Collective–LOK label these inner hearts as "kissing booths," they certainly do not restrict the endless possibilities for interaction with the installation. On a nearby sign, Collective–LOK lists suggestions for further interactions in the installation including an impromptu dance-off, a Broadway singer's pre-show rehearsal and even, an unlikely location for a wedding.

Unquestionably conceived for prime selfie-taking, Heart of Hearts contributes to the current popularity of mirror installations from Yayoi Kusama's infinity rooms to the more recent Museum of Feelings. Not only engaging with contemporary art, Heart of Hearts also references Times Square's bustling energy, transforming its, at times, overwhelming environment into romance. In anticipation for viewers' many potential experiences within Heart of Hearts, as well as its dialogue with the city at large, Collective–LOK explain, "It's truly a special opportunity to provide a space for intimacy and performance in the heart of the city, one we hope visitors will love." 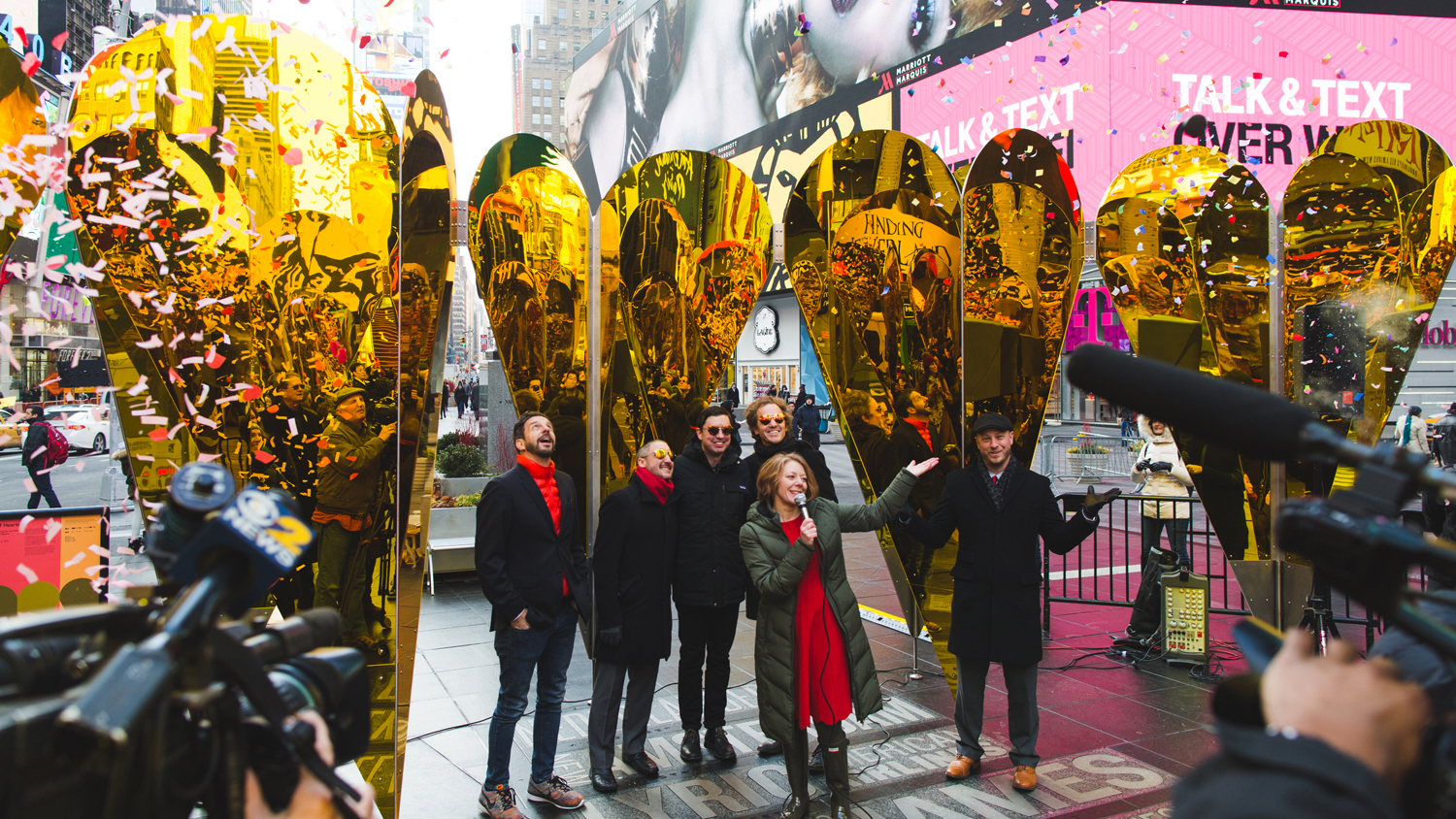 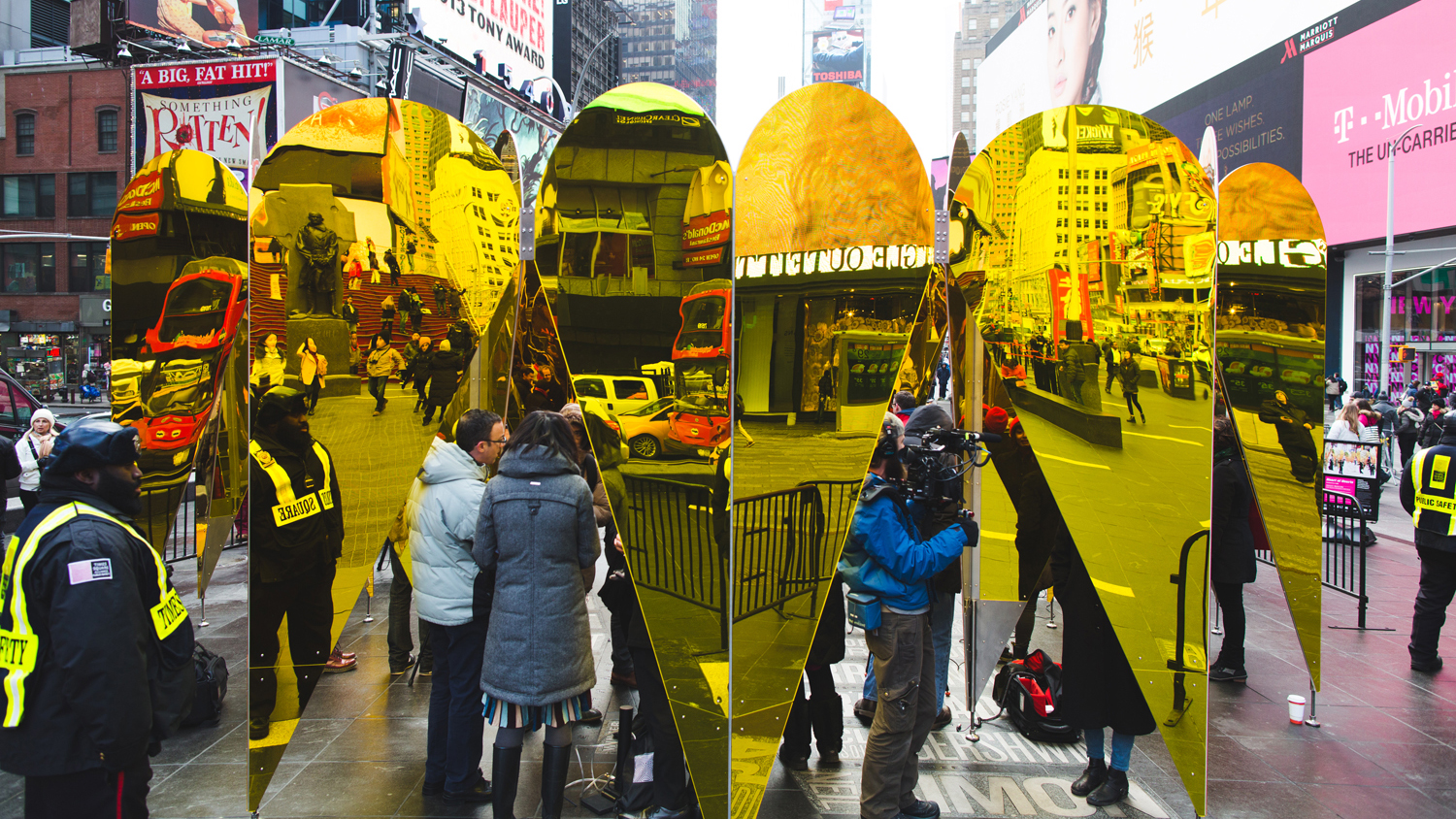 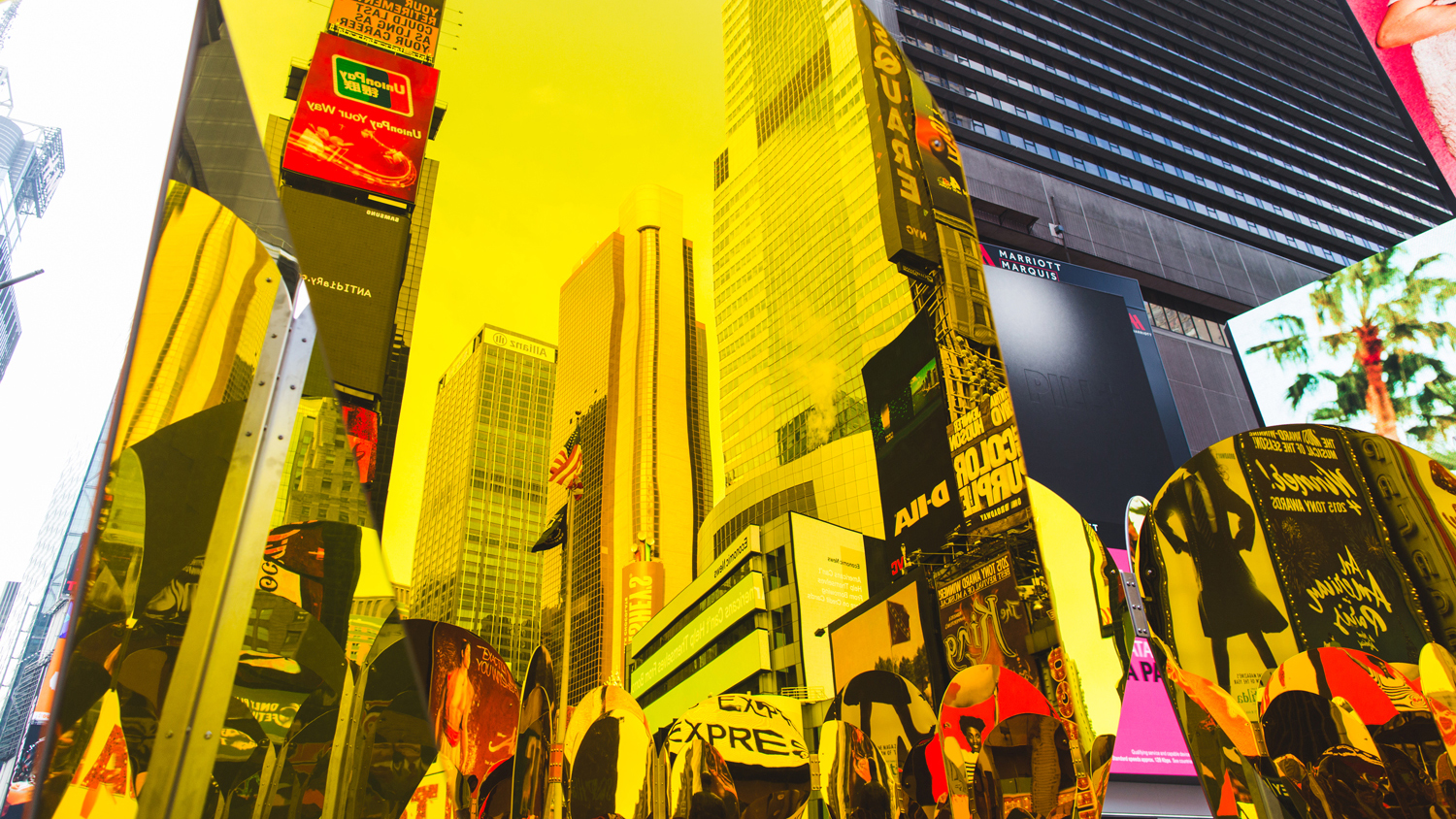