While music affects the senses and inspires a wide range of emotions, rarely is it associated with tactility. However, a delicate diaphanous dress in Eyebeam's current exhibition Making Patterns at their new Seaport gallery space revolutionizes the possibility of touching, even wearing one's favorite songs. Like many of the exhibition's works that blur the boundary between fashion and art and are created through emerging technology, artist Cici Wu and designer Bo Kyung Byun's A Gesture of Sadness transforms music into an ethereal 3-D printed garment.

Highlighting the exciting potential of A Gesture of Sadness, The 10,000 spoke with Cici Wu about the initial inspiration behind the work, her collaborative process with Bo Kyung Byun and her vision for the future of music-generated textiles.

Wu's conception of A Gesture of Sadness originated from her longtime artistic interest in the role of powerful human emotions in our increasingly digital and technological culture. "The idea was to question how to bridge romanticized feelings with technological media such as 3-D printing," reveals Wu, "In other words, how do we protect our feelings in the current technological moment?"

Observing that "music and sound are the most direct mediums to trigger people's emotional spaces," Wu and Byun produced the work using the atmospheric song "Lochness Spawn of God" by Hong Kong-based band Discombobulation. Admitting that "not many people even know the band in Hong Kong," Wu felt inspired by the affective energy she sensed in the song. "It recorded the most rare energy they carried–a kind of energy that would pass with wind or vapor in the air. I think the energy has to do with youth and hope," describes Wu.

In addition to music's ability to represent complex emotions, A Gesture of Sadness was also motivated by a dramatic scene imagined by Wu, which influenced both the piece's form and its display on a live model at Eyebeam's opening reception. "I imagined a scene of a young girl's back, lying on the edge of a bed and stretching her body," recalls Wu, "Because I couldn't see her face or where she was looking, there was a feeling of solitude, determination, boldness and helplessness."

Constructing the dress, Wu and Byun first completed a 3-D scan of Wu's body lying down. With the tech help of Casey Rehm, a designer and algorithmic consultant based in Los Angeles, Wu and Byun visualized the song in Processing, a flexible software sketchbook and a language for learning how to code within the context of the visual arts, using a variety of patterns. Importing the visualized vector files into Rhino, the team then wove their final gauzy textile, converting "this song into a piece that has physicality so people can touch the rhythm and the notes."

Creating a new medium to experience music through, A Gesture of Sadness allows music and its resulting emotions to be worn on the body. Asked how they would like to impact viewers, Wu responds, "I hope viewers can imagine a future of sound beyond the sense of hearing–with a tactile sensibility. People could touch the different parts of a song and discuss how the song felt in their hands or on the body."

Seeing the limitless possibilities of music-generated fabric, Wu explains that future works will not be restricted to only wearable garments. Considering the next evolution of their process, Wu says, "I foresee something that can transcend the notion of time, such as a bath towel, bathrobe, bed sheets, blankets, a long scarf, curtains or a carpet–something's physical size fits into the time-based characteristic of a piece of music." 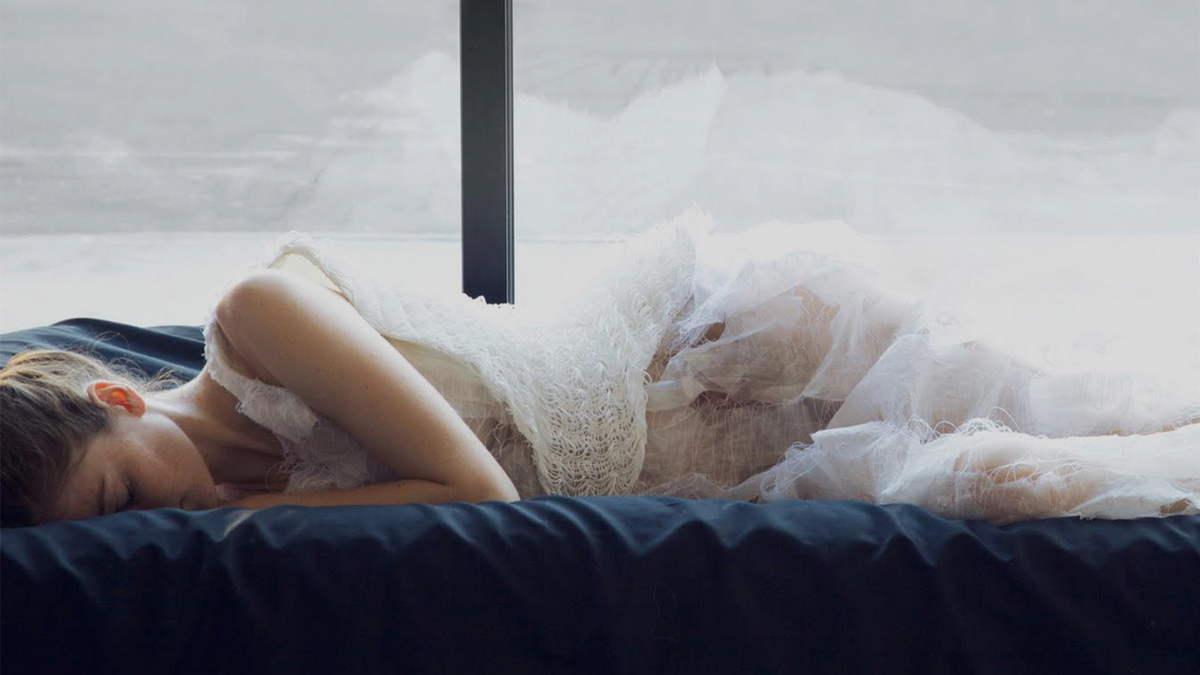 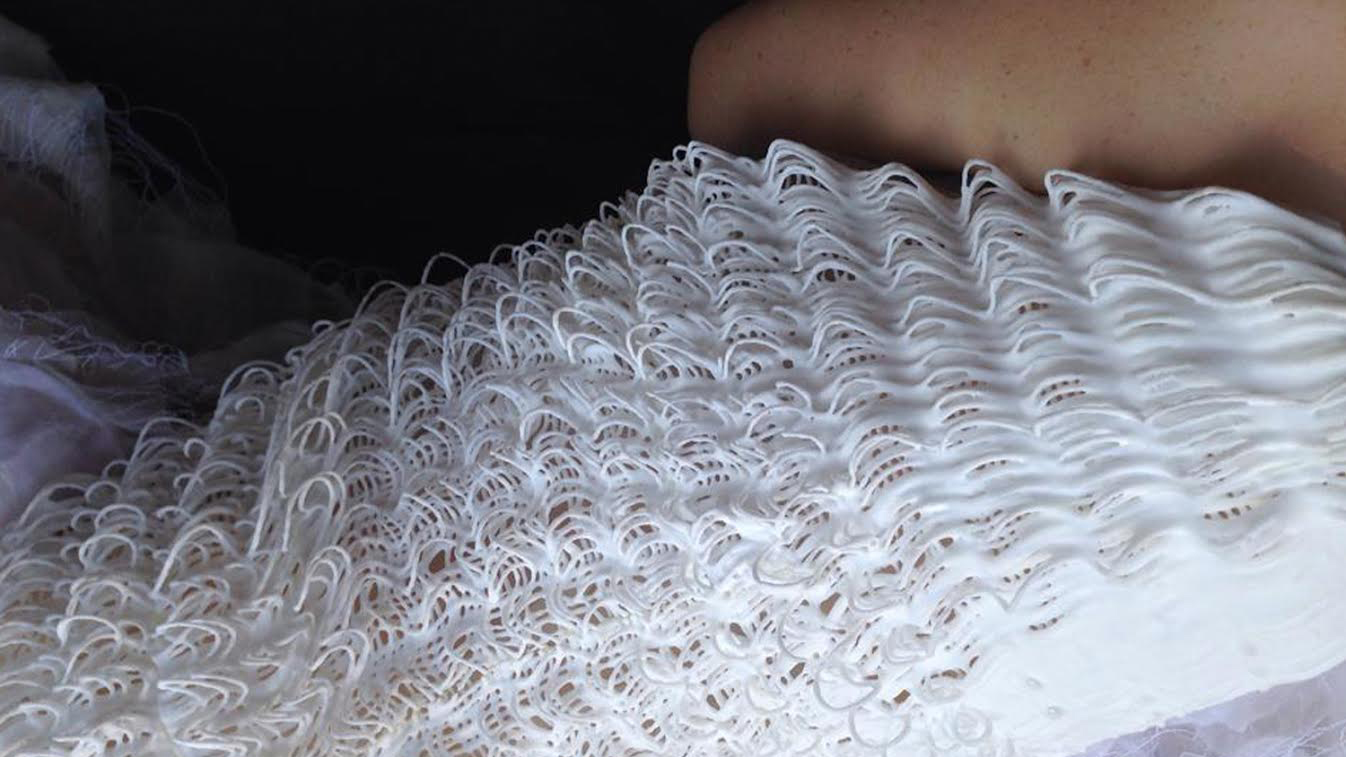