On a cool, sunny November morning, we headed down to Charlie Bird, the 60-seat casual Italian restaurant in SoHo known for its extensive wine list and curated hip-hop music, for a Friendsgiving with the restaurant’s chef and co-founder Ryan Hardy, whose other restaurants include Pasquale Jones in Nolita and Legacy Records in Hudson Yards, opening up in January.

We’d asked Chef Ryan to whip us up a Thanksgiving meal—and what we got wasn’t your usual turkey and mashed potatoes. Chef Ryan and his team served us up a creative spin on the traditional fare, which included a whole roasted duck, campanelle with a turkey ragout, a pink radicchio, blood orange, and hazelnut antipasti, sweet potatoes and a side of burrata—and that’s not even including dessert. 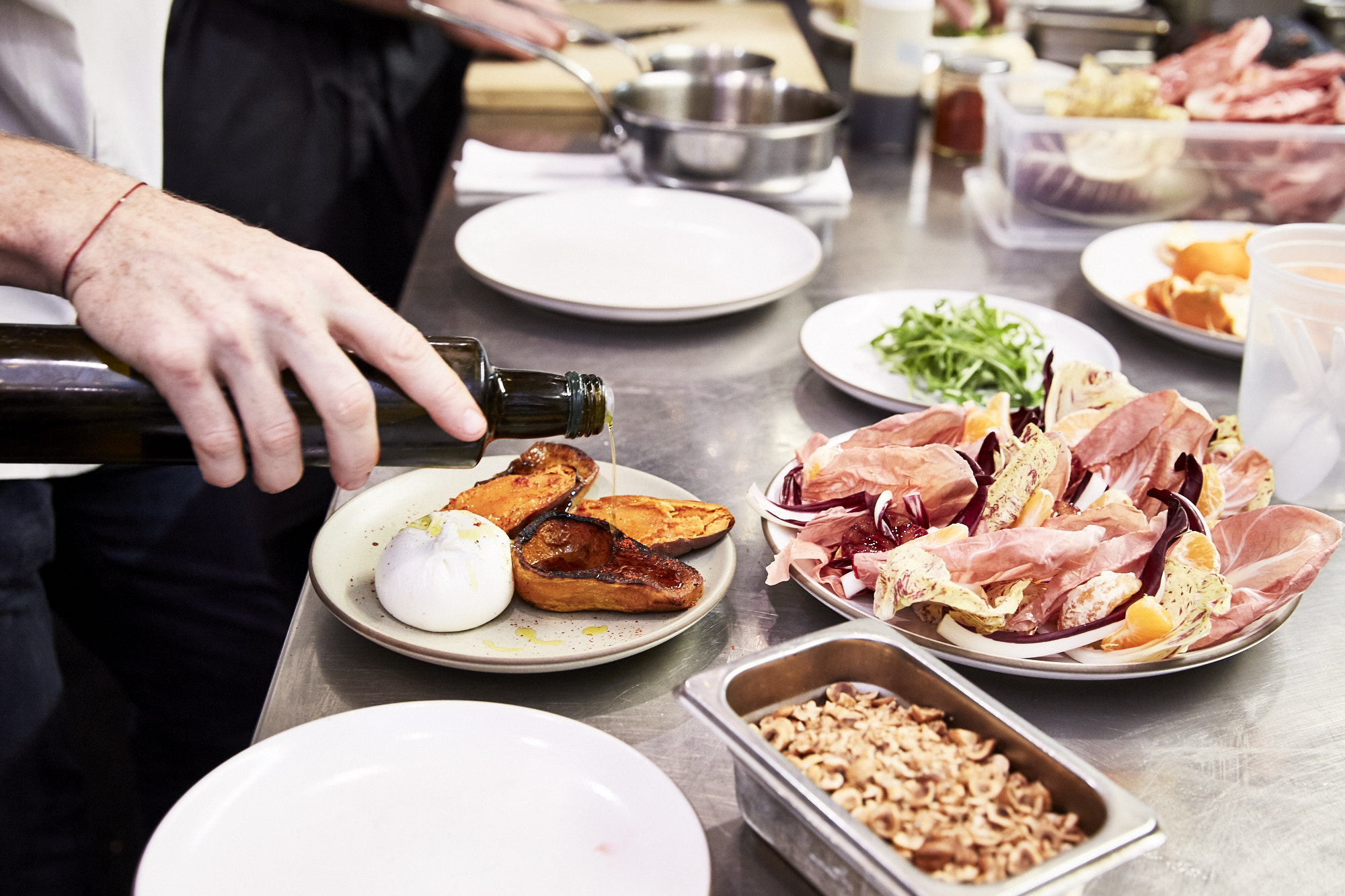 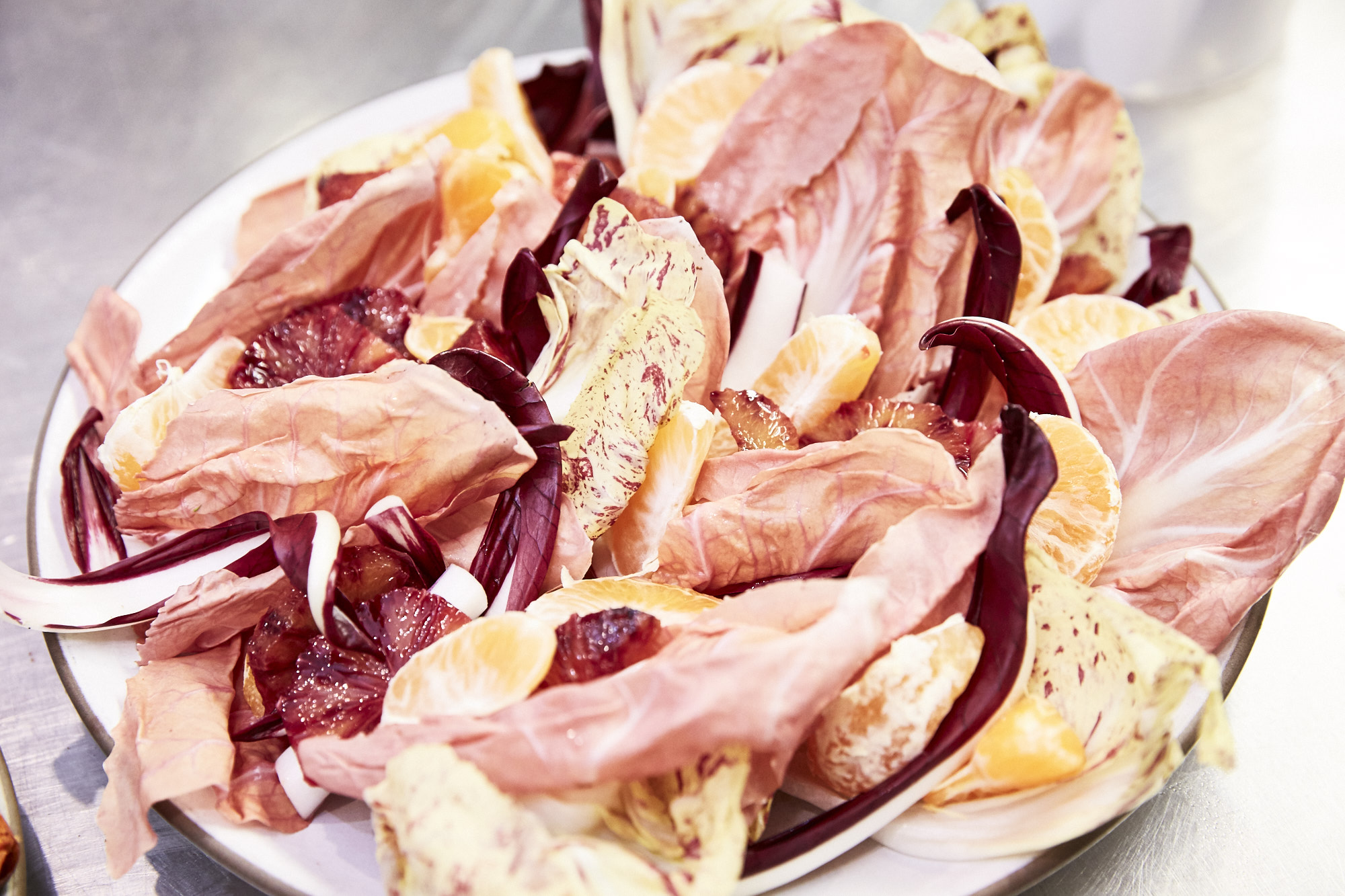 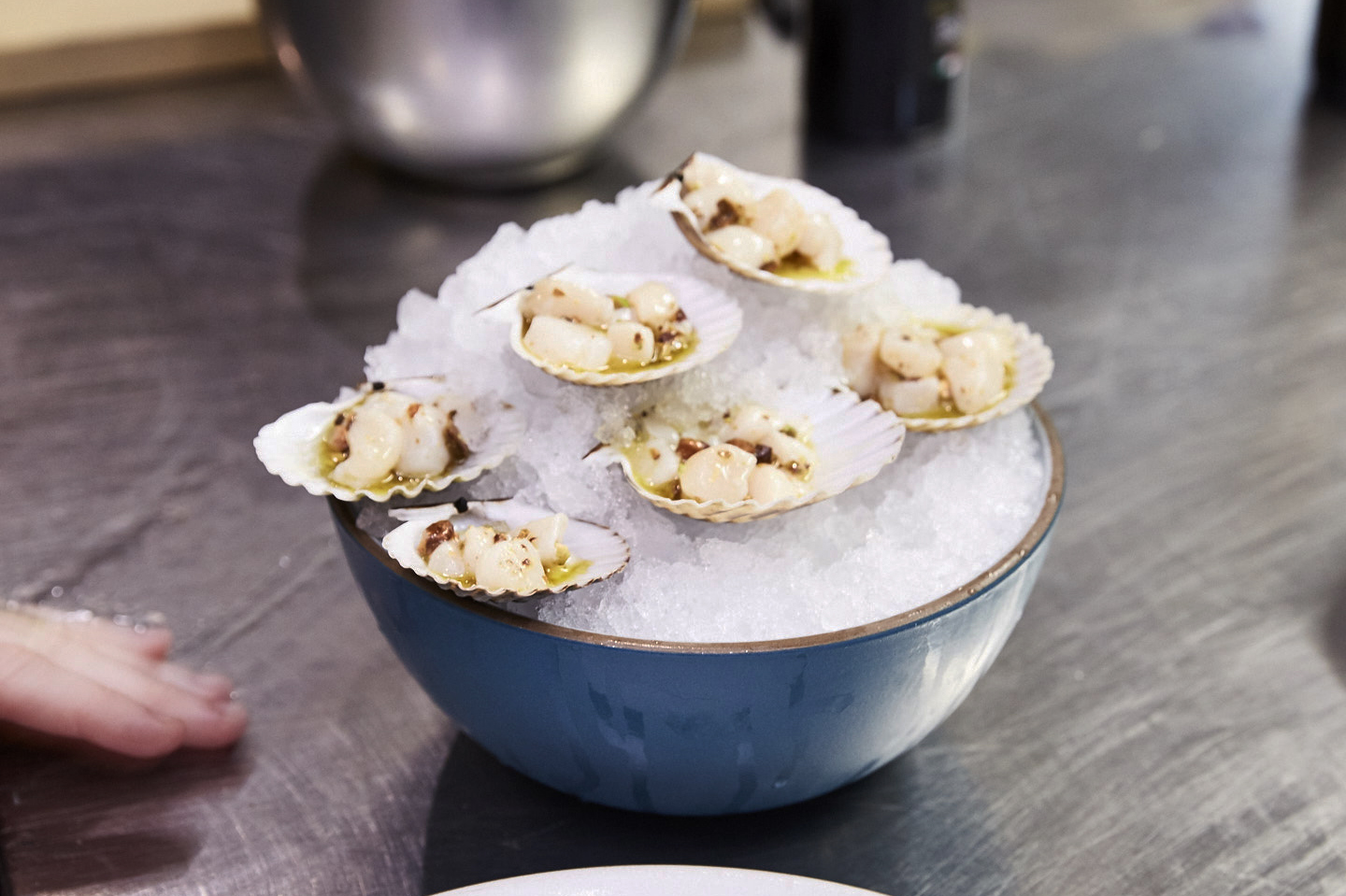 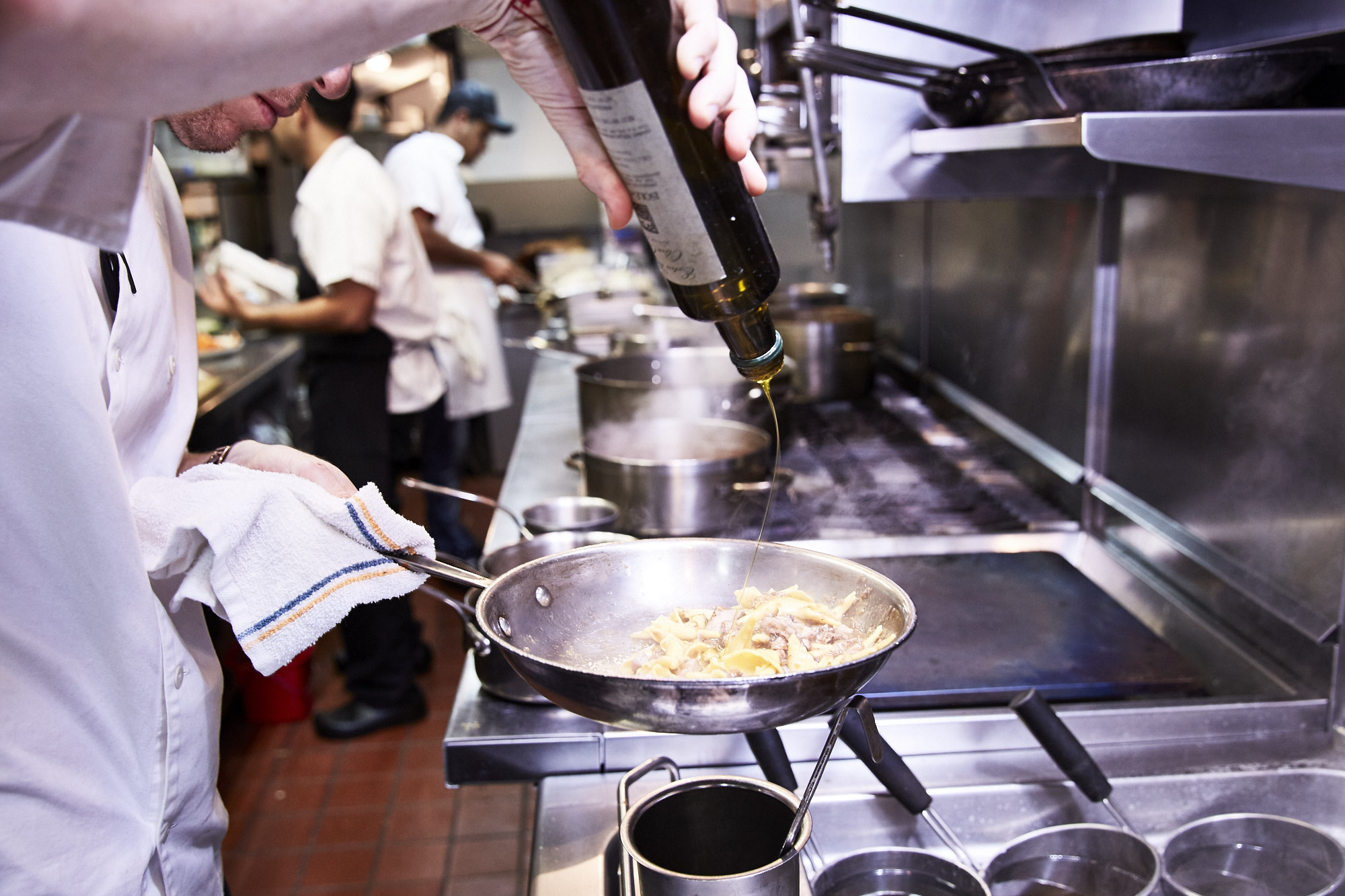 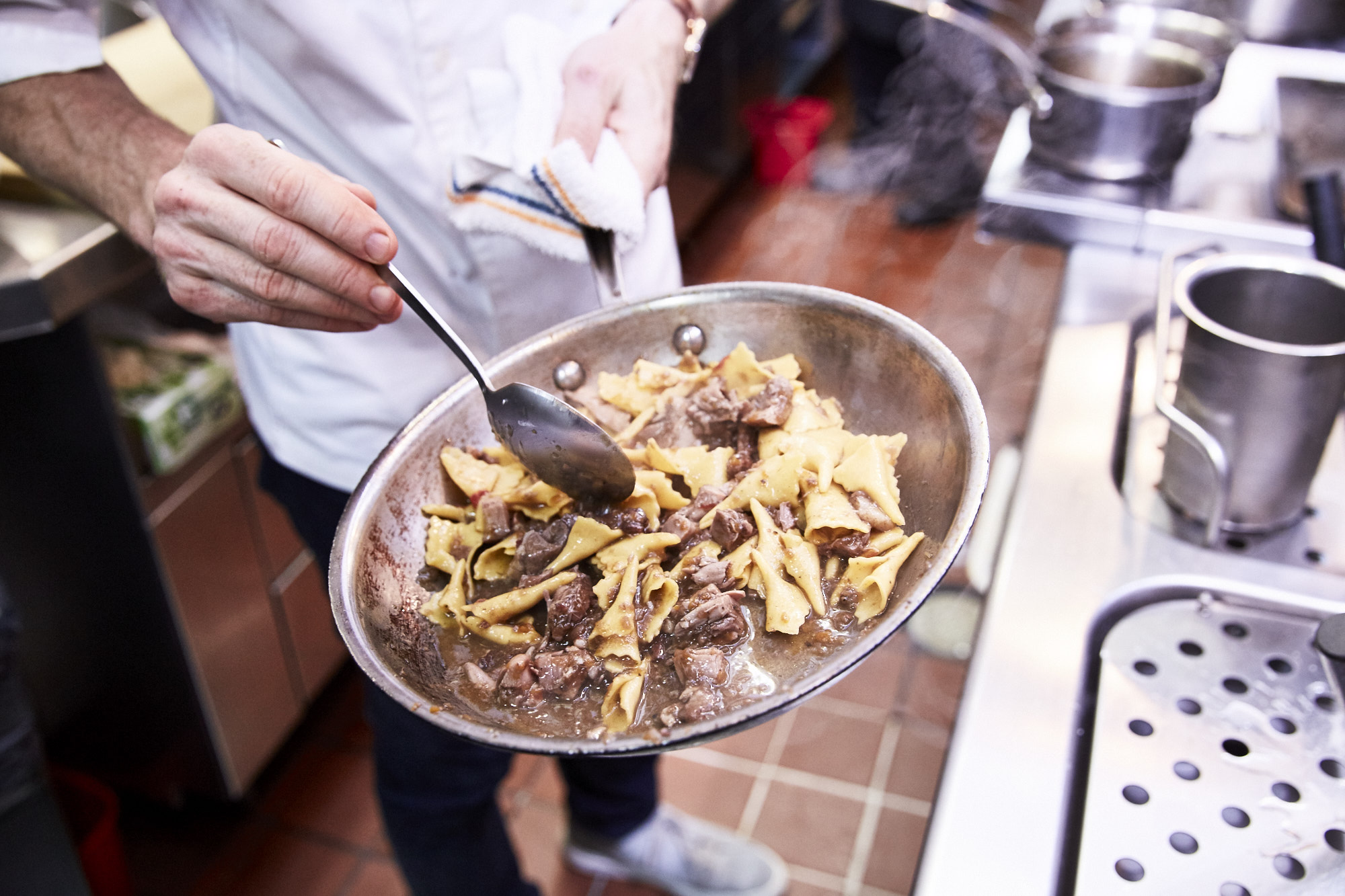 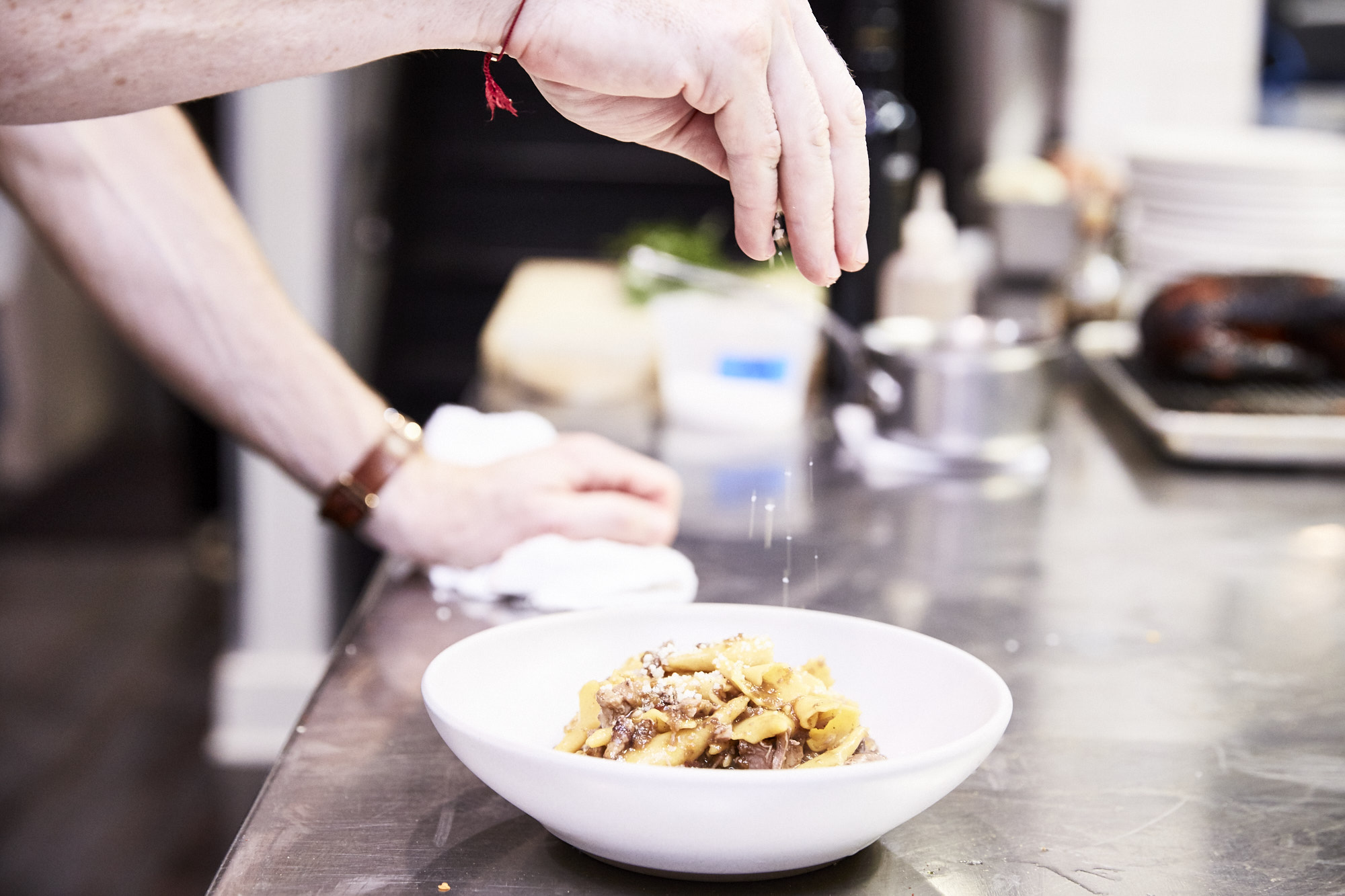 “I’ve always loved cooking. Food and mealtime were a really important thing at our house,” said Chef Ryan. The youngest of five children growing up in Kentucky, Ryan always had a hand in the meal, whether it was picking vegetables from the garden or washing the dishes. He liked working with food, so in college, the jobs he took tended to be in the restaurant industry, as a busboy and waiter. “And one day if a prep cook didn’t show, I would help out in the kitchen. And I just loved it. There was a brotherhood to it I really felt comfortable with.”

After college, Ryan moved to the west coast, making his way from Seattle to San Francisco, where he enrolled in culinary school. “I was in culinary school for four months before I dropped out,” he said with a laugh. “I was learning so much cooking in restaurants that culinary school couldn’t keep up.”

Thanksgiving is Ryan’s favorite holiday. “Whatever your Thanksgiving looks like, it’s a very American tradition. Although I love to cook food that’s Italian-influenced, I just really love great food. And I’m American; I think my family is 200+ years old in this country, and I struggled with that when I was a kid because my friends had Hispanic backgrounds, or they were Italian, or they were English. And I didn’t really have a heritage I could draw on. Thanksgiving is a really great kind of landing point for me.”

When we were finished photographing Chef Ryan’s Thanksgiving meal, he invited us to eat it, which we did, eagerly. As we ate, the smooth sounds of hip-hop surrounded us. One of the draws of Charlie Bird, besides the stellar food, is the carefully curated soundtrack that accompanies diners’ meals.

“Music is really important,” Ryan said. “There’s nothing like a dead room, you know: you walk in and there’s nothing going on. Music is energy; it’s atmosphere; it’s emotion. It can be a driving force, or it can be a calming force. In our restaurants, we play it loud and proud and we really want you to walk in and say wow, this is awesome, there’s so much energy in this room right now.”

The Italian influence was clear in the meal before us, from the handmade pasta to the pink radicchio and black truffles, grown in Italy, to the panna cotta Ryan had prepared for dessert. “In Italy, turkey is eaten, but it’s eaten in ragus and pastas more often than it’s roasted. It’s more traditional to have things like roasted duck or pork at the center of the feast. And antipasti is an important part of the meal. It really wakes you up and gets you going before you get to the richer, heavier parts. And I like doing that more than the classic American Thanksgiving, where you put everything out at the same time. You can eat a whole meal and not feel completely stuffed when you’re done.”

When we asked if this was different from the Thanksgiving Ryan celebrated growing up, he laughed and nodded. “Ours was very traditional. We had at least two types of potatoes: mashed potatoes with potatoes. We had a really classic meal: stuffing and cranberry sauce and turkey, very classic Kentucky. I think so many people have their own version of that same meal, and I love that.”

Hands-on restaurant experience was a big part of Ryan’s education as a chef, but he also contributes much of where he is today, along with the creative way he approaches cooking, to his travels. “I grew up in the Midwest; I hadn’t been on many airplanes prior to my twenties. So taking a foreign trip was really unbelievably eye opening for me. People talk about how sometimes it’s a book you read that really changed your life. And for me, it was a trip I took. I went to Paris for the first time in 2001, and that trip really opened my eyes to a whole other world that existed. Things I’d read about, things I’d seen pictures of—when I tasted and saw and felt what the old world was like, what Europe was like, it really blew me away.”

From that moment on, every chance he had, Ryan traveled. “I spent time in Austria, Germany. And then I started traveling in Italy. When I had a little bit of money I would go back, spend two weeks here, two weeks there. To go and uncover these new traditions and new foods in these beautiful, beautiful places—I love antiquity, I love history, I love anthropology, and this was real, live history. It’s strange to say that, but where I grew up, it was strip malls and horse farms; there was nothing ancient about that. So I became a little obsessed with those things, and that kind of carried me forward.”

The music for the restaurant is curated by Head Bartender and Music Coordinator Charlie Reyes, and Ryan could not say enough good things about him. “Charlie’s amazing. He started with us, one of our few original employees. Robert [Bohr, Ryan’s partner] and I were doing the playlists in the beginning, and almost immediately, Charlie was throwing things out to us, like, ‘Have you heard this new album? Have you tried this? Did you hear this one version of this one song?’ Eventually we said, ‘Charlie, why don’t you put together a playlist and we’ll play it?’ And he was so happy to do that, and he owned it. He stood there, and he was singing every song, like he knew this thing forwards and backwards. And we were just so pumped that a member of our staff believed in something so strongly. And for him, he found a home.” You can read our interview with Charlie here.

As we were finishing up the panna cotta, we had one last question for Chef Ryan: what advice would you give to anyone looking to become a chef?

“Travel,” he said instantly. “If you really want to be a chef, get on a plane, take it to the extreme, go someplace you never dreamed you would go. Put yourself in positions that are uncomfortable; it’s the only way you can grow. You have to really want to learn about food and about people. And if you love that, you’re going to love being a chef.” 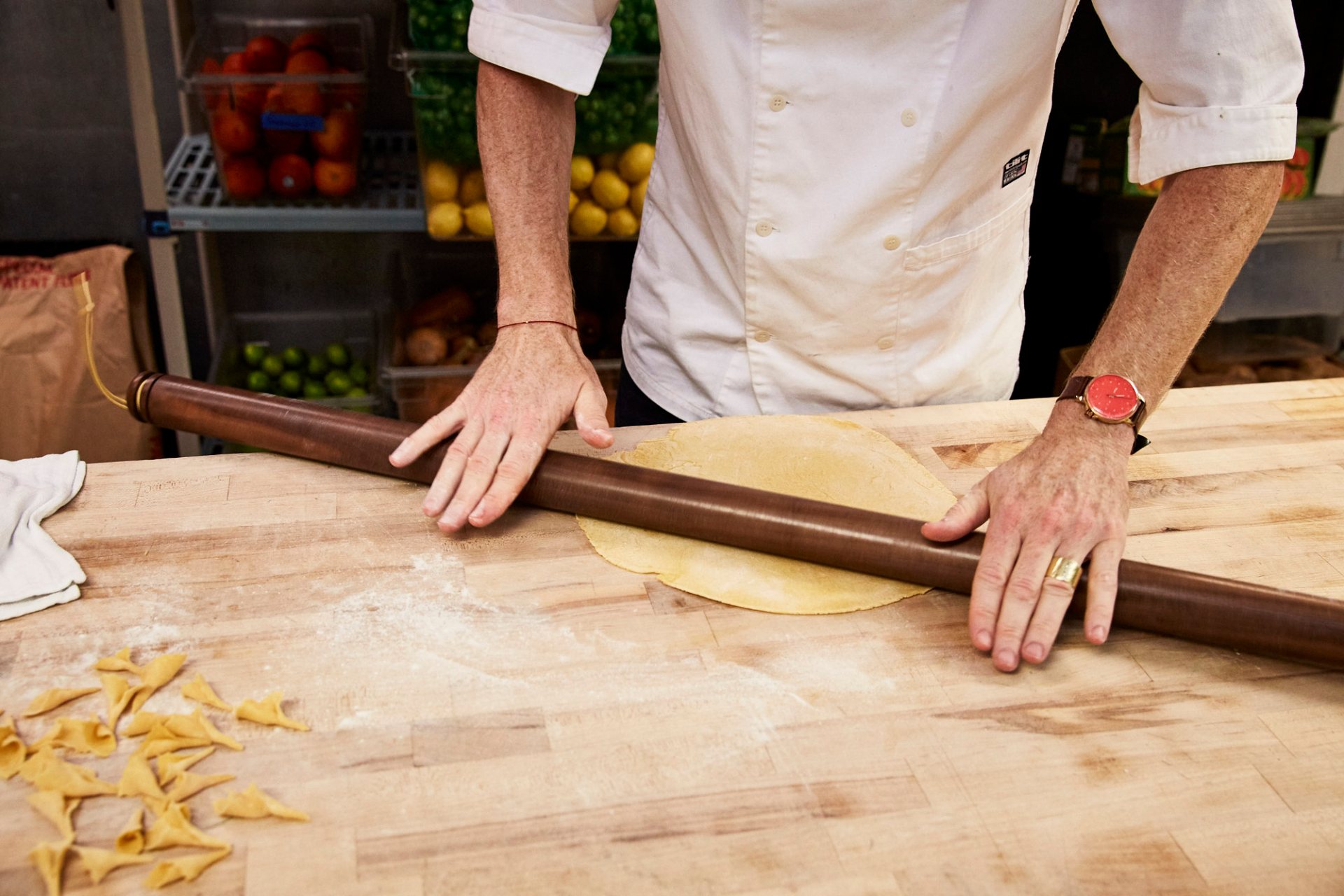 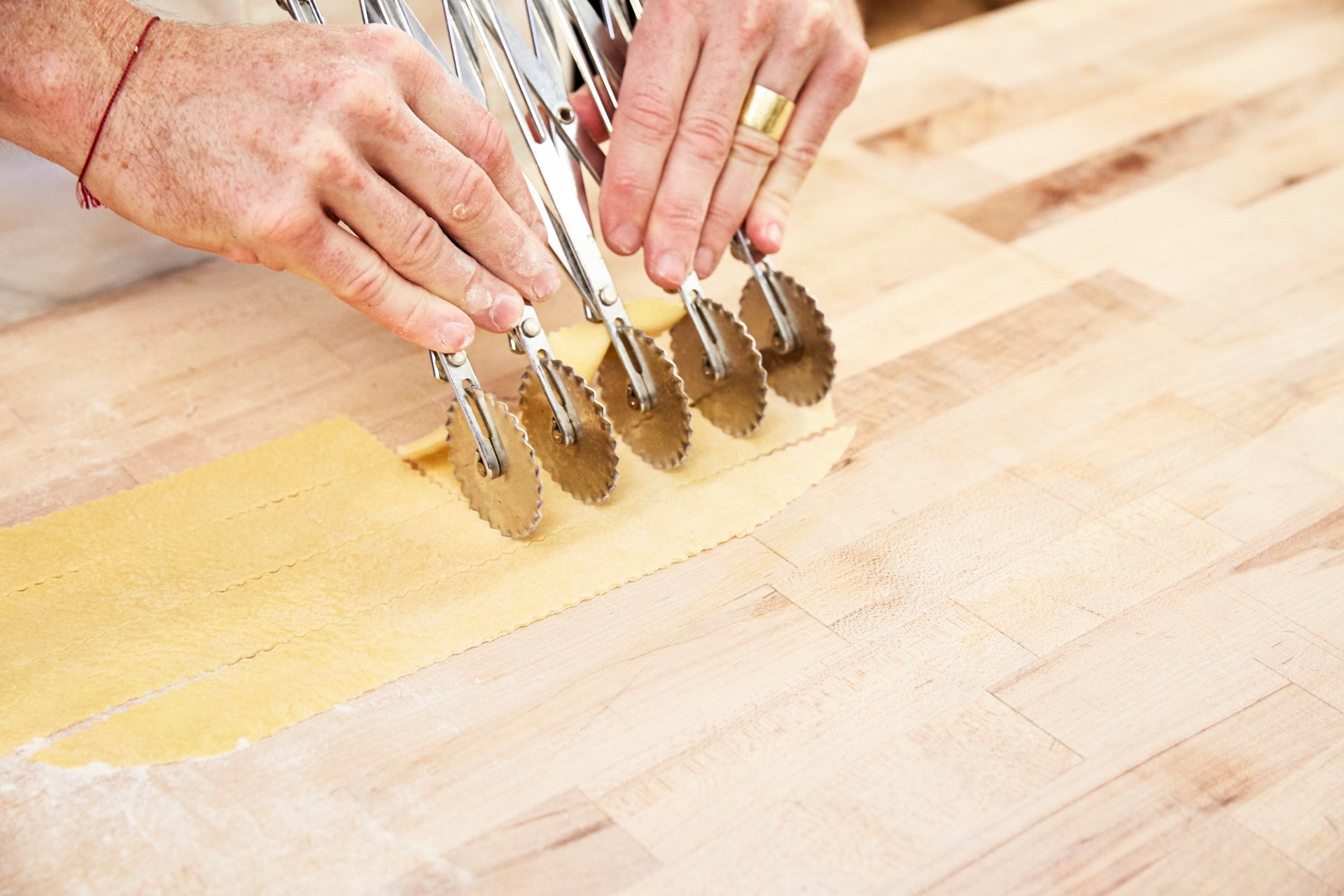 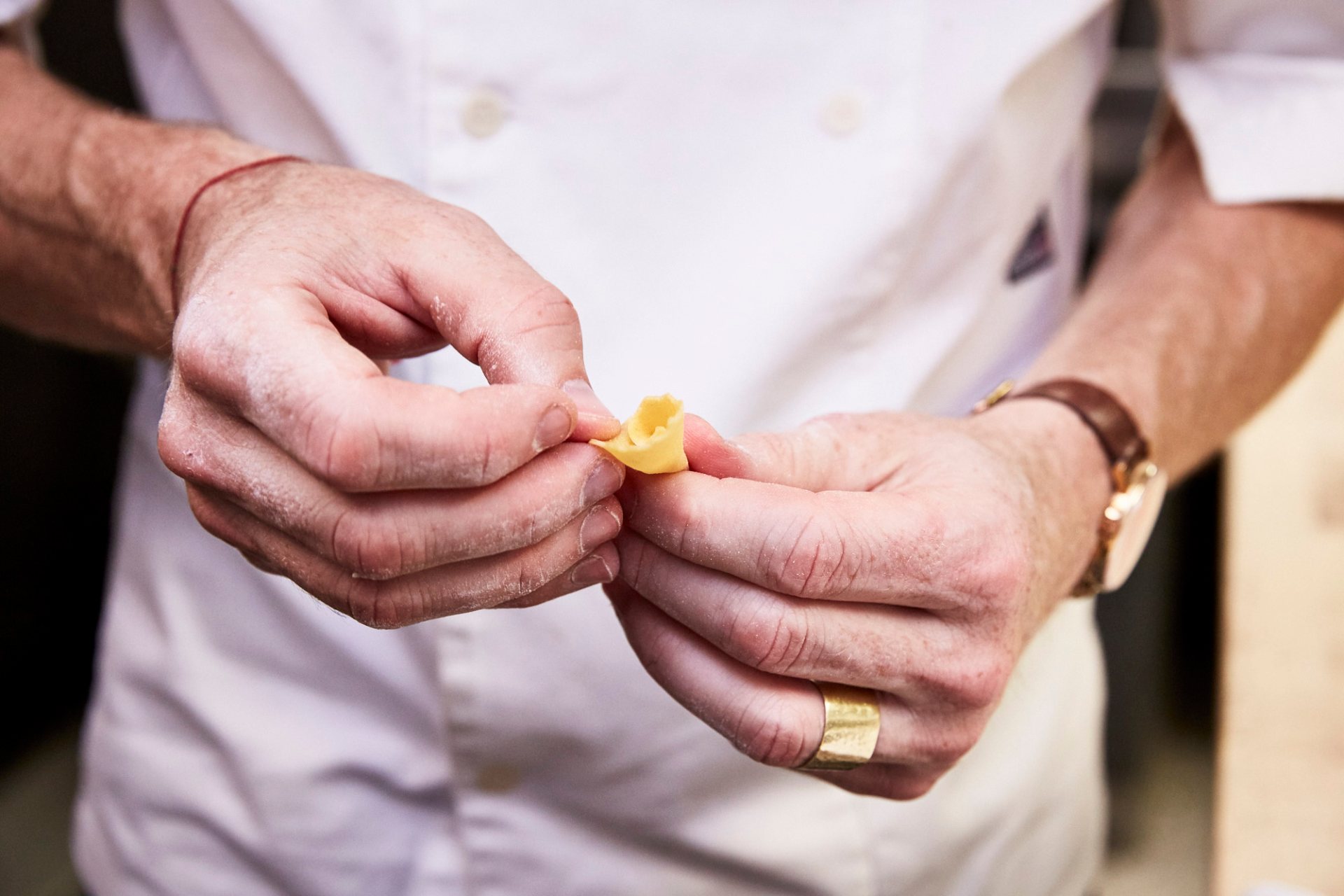 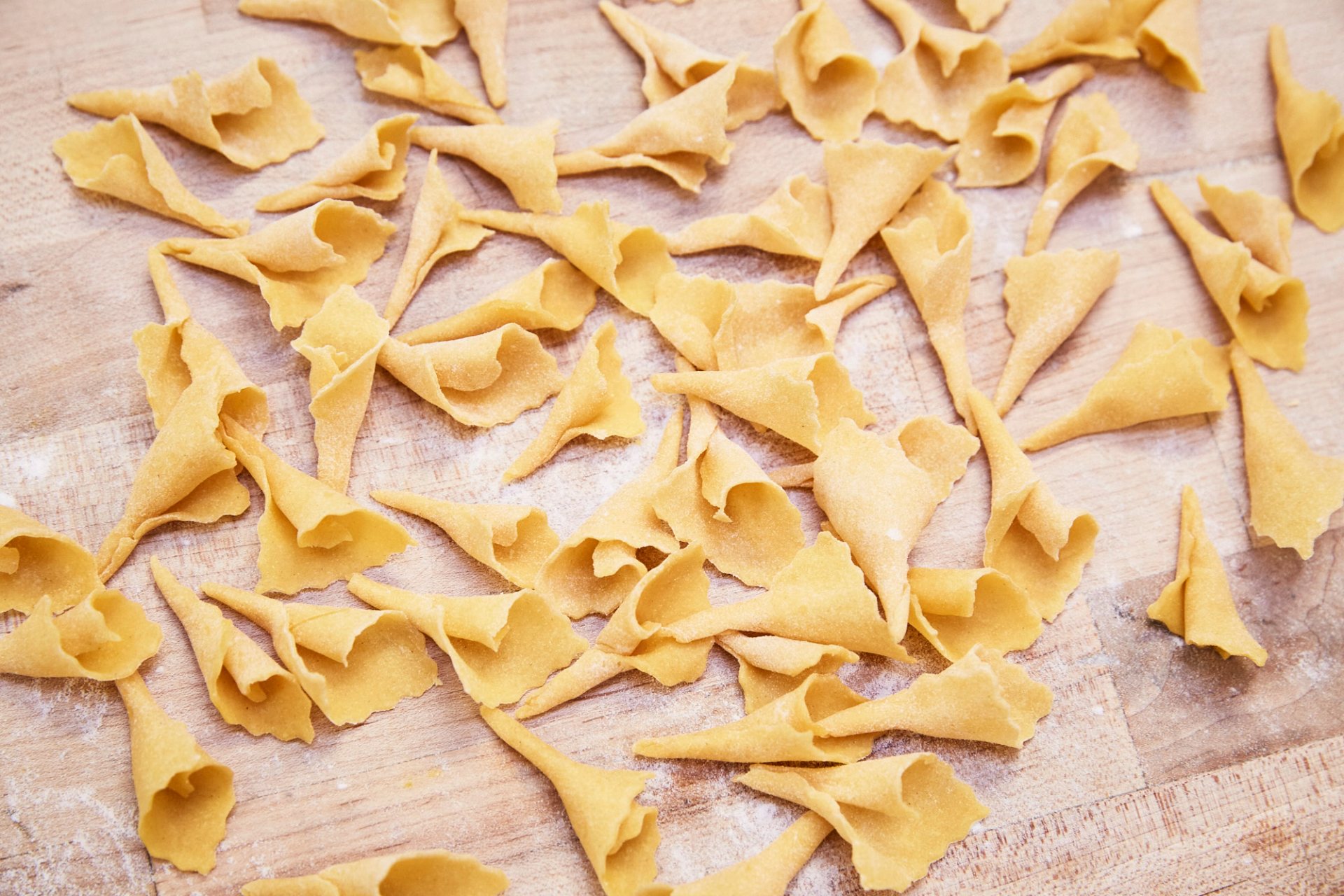 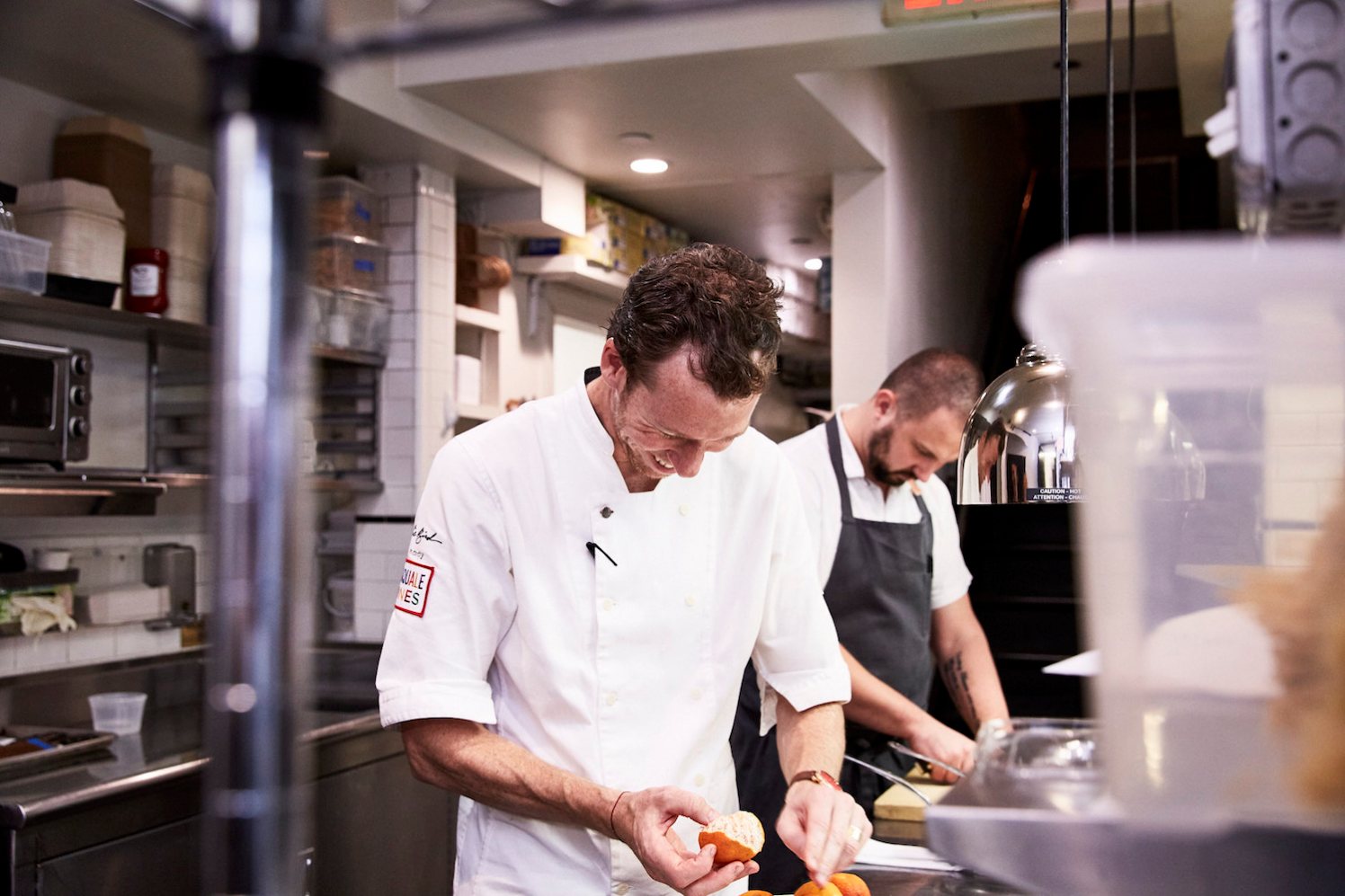 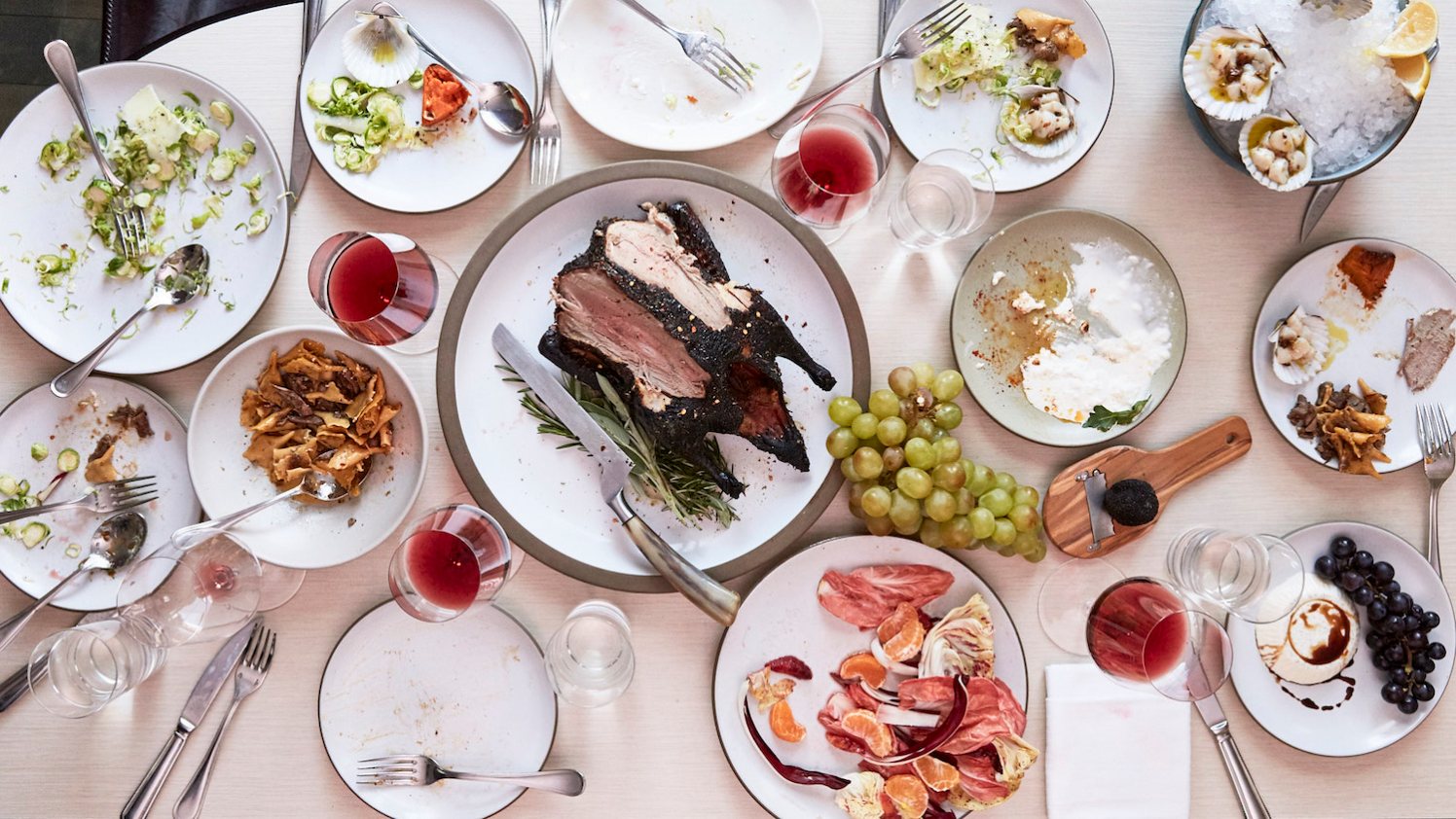