New York City is a camera’s paradise. From the expansive architecture to the wide-ranging list of subjects, there’s no shortage of images to capture throughout the five boroughs. A born and raised New Yorker, photographer Sammy Glucksman (better known as SDJ) has seen the city change and evolve, often through the lens of his camera. From the skate scene to branching out into travel photography, SDJ spoke with The 10,000 about his ongoing relationship with photography.

Tell us about your background.

I’m a native New Yorker born and raised in Brooklyn – Park Slope. In sixth grade, my first year of junior high school, they had a photography class. I just loved it. I hated school, but I got into photography and that’s what kept me in school for a while. I’d go there before school, develop film that I’d shot and then cut out of school for the day to go skating. I stopped shooting photos for a bit and got into skating, but I realized I was never going to be a pro skater. All the people I met were amazing though. They were older and I wanted to be down so I started taking photos of them, and they actually almost all ended up becoming professional skateboarders. Some of them already were at the time, so I started sending photos into magazines and I got published real young. My first photo was published in 1994. I was 15 at the time. I ended up dropping out of school in ninth grade, but in sixth, seventh and eighth grade, my photography teacher Mr. Zarba was super influential in my life and changed it for the better. 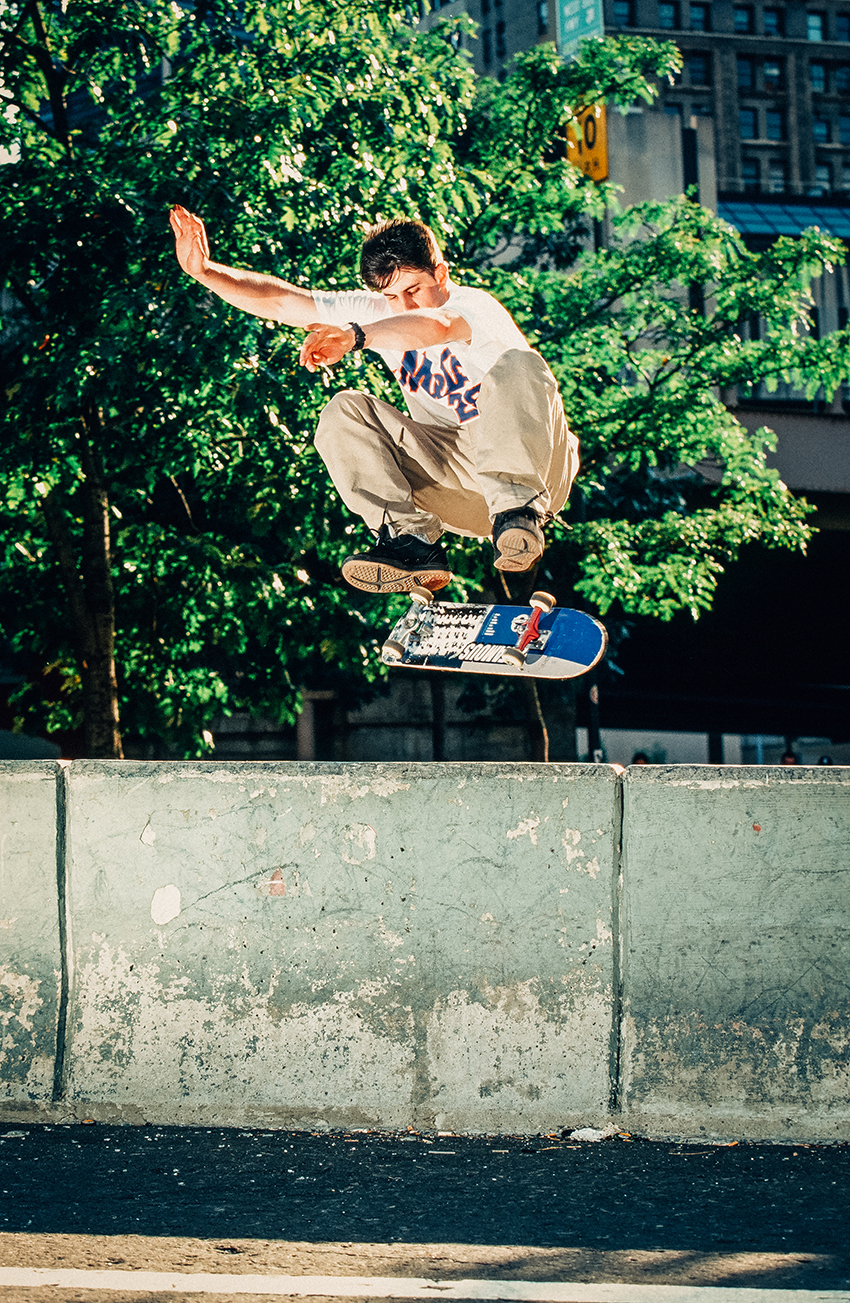 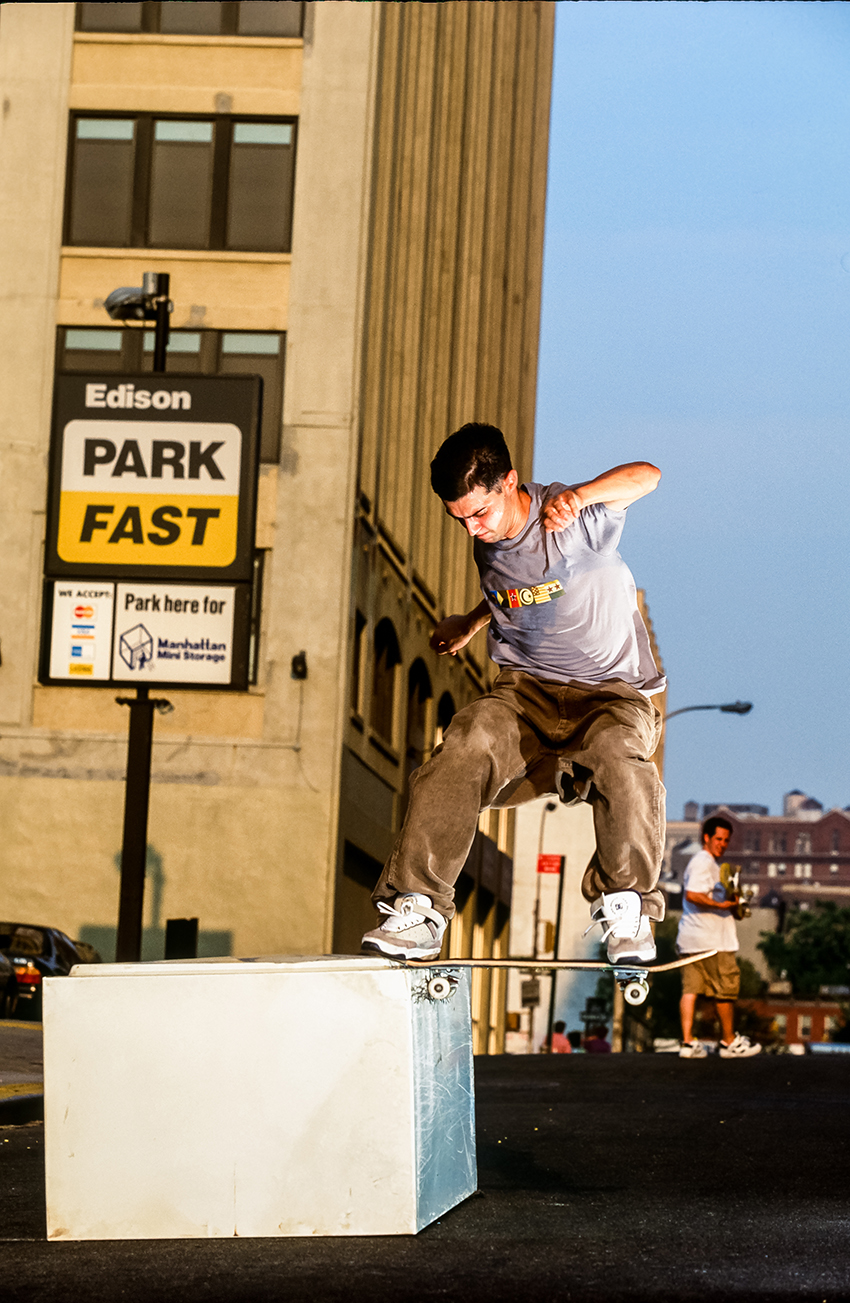 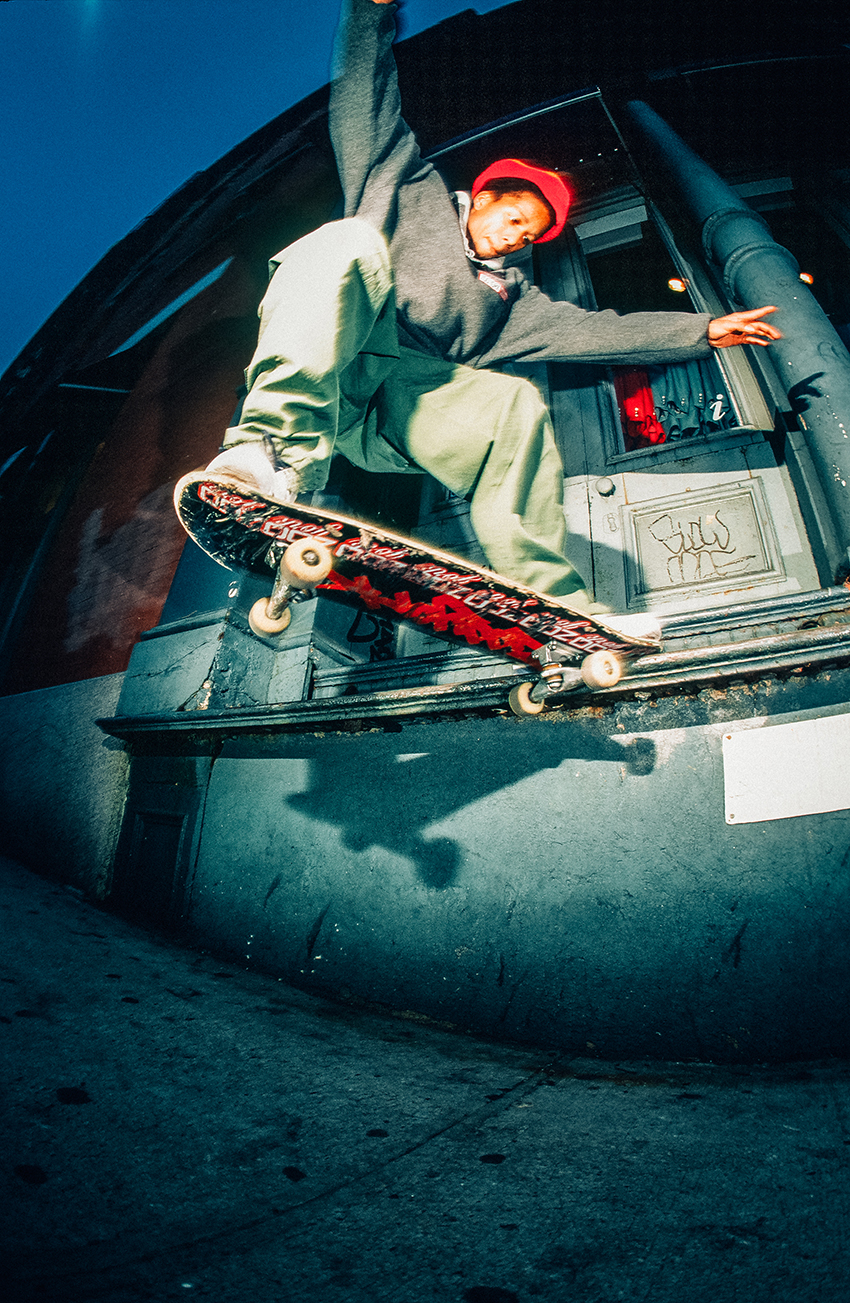 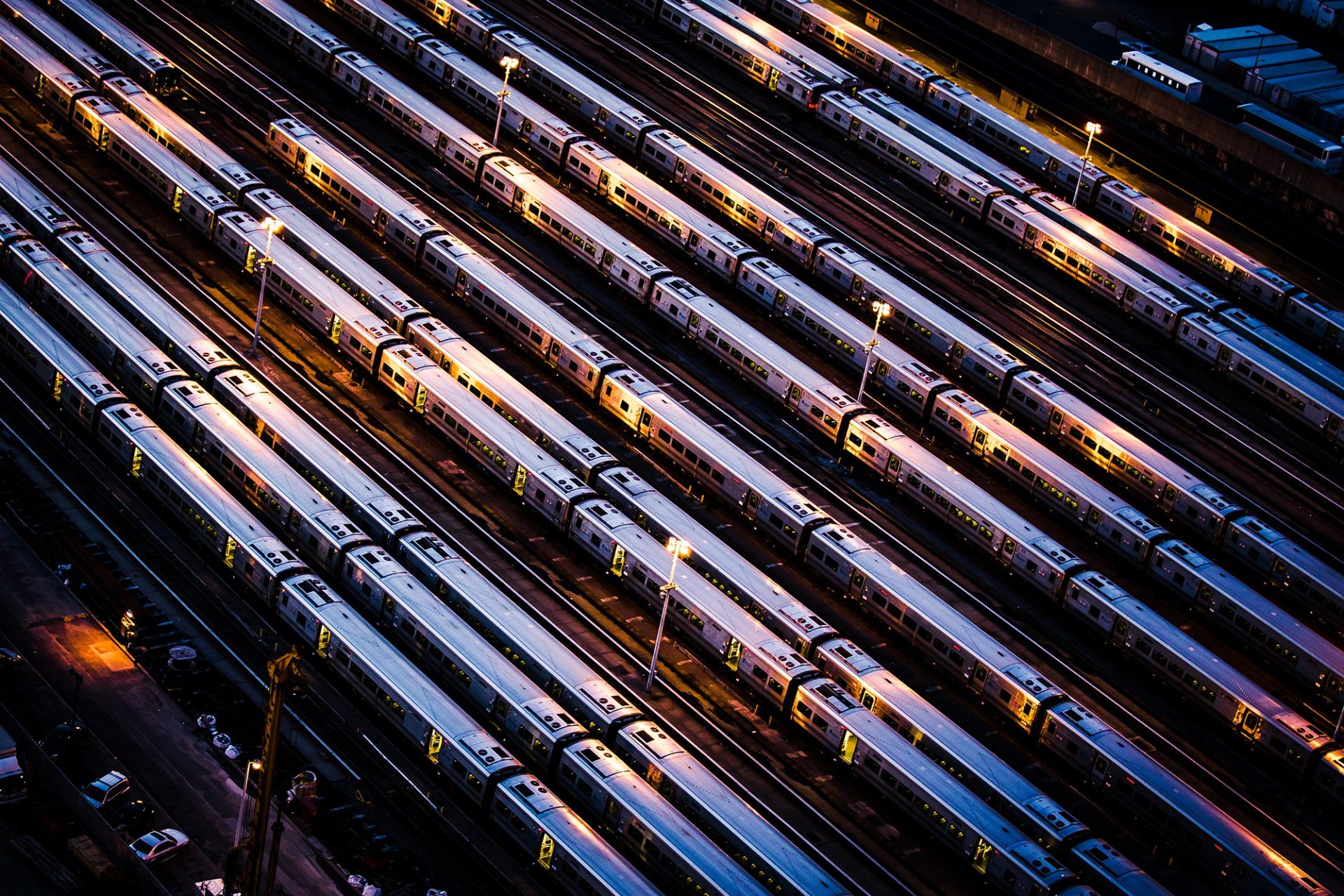 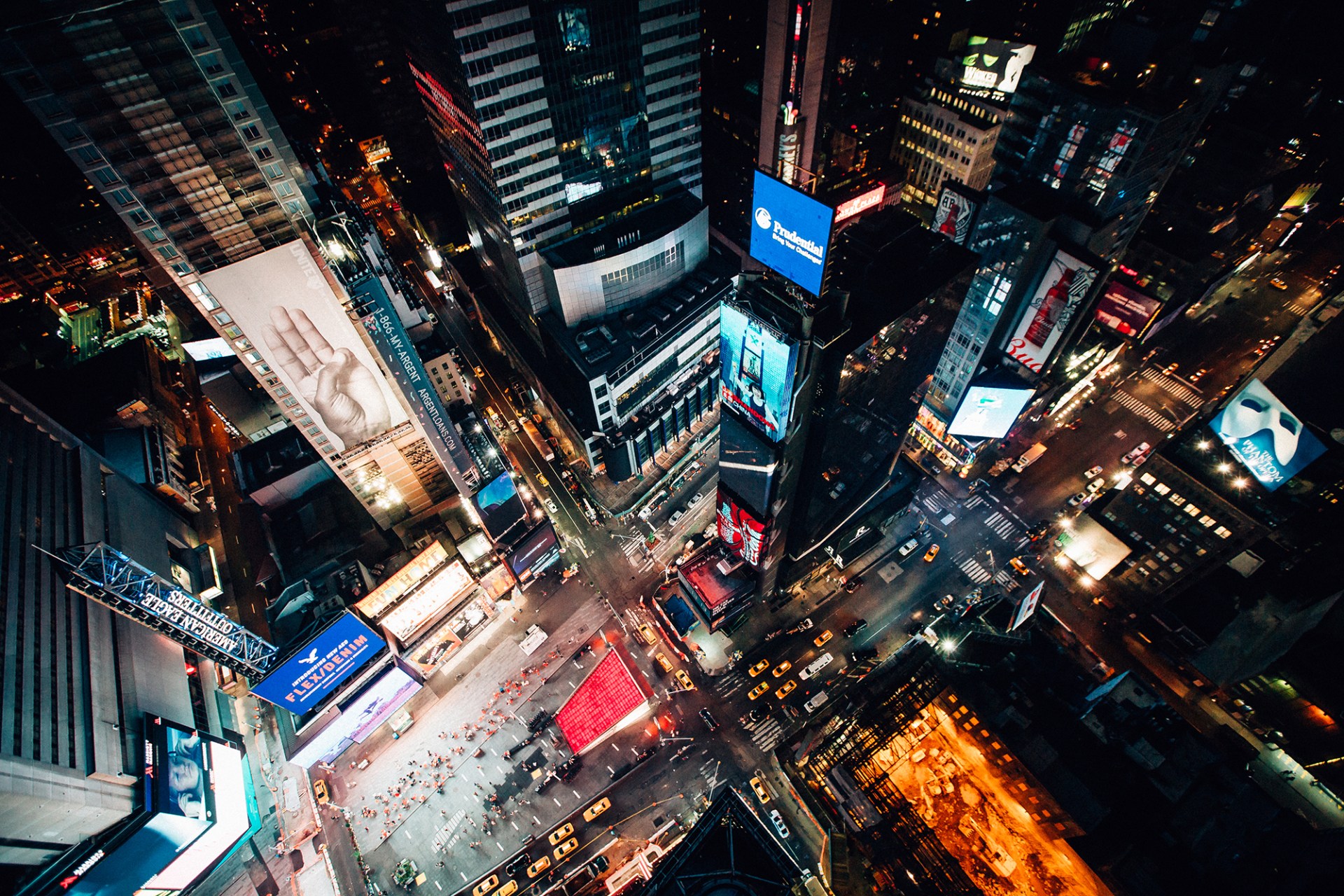 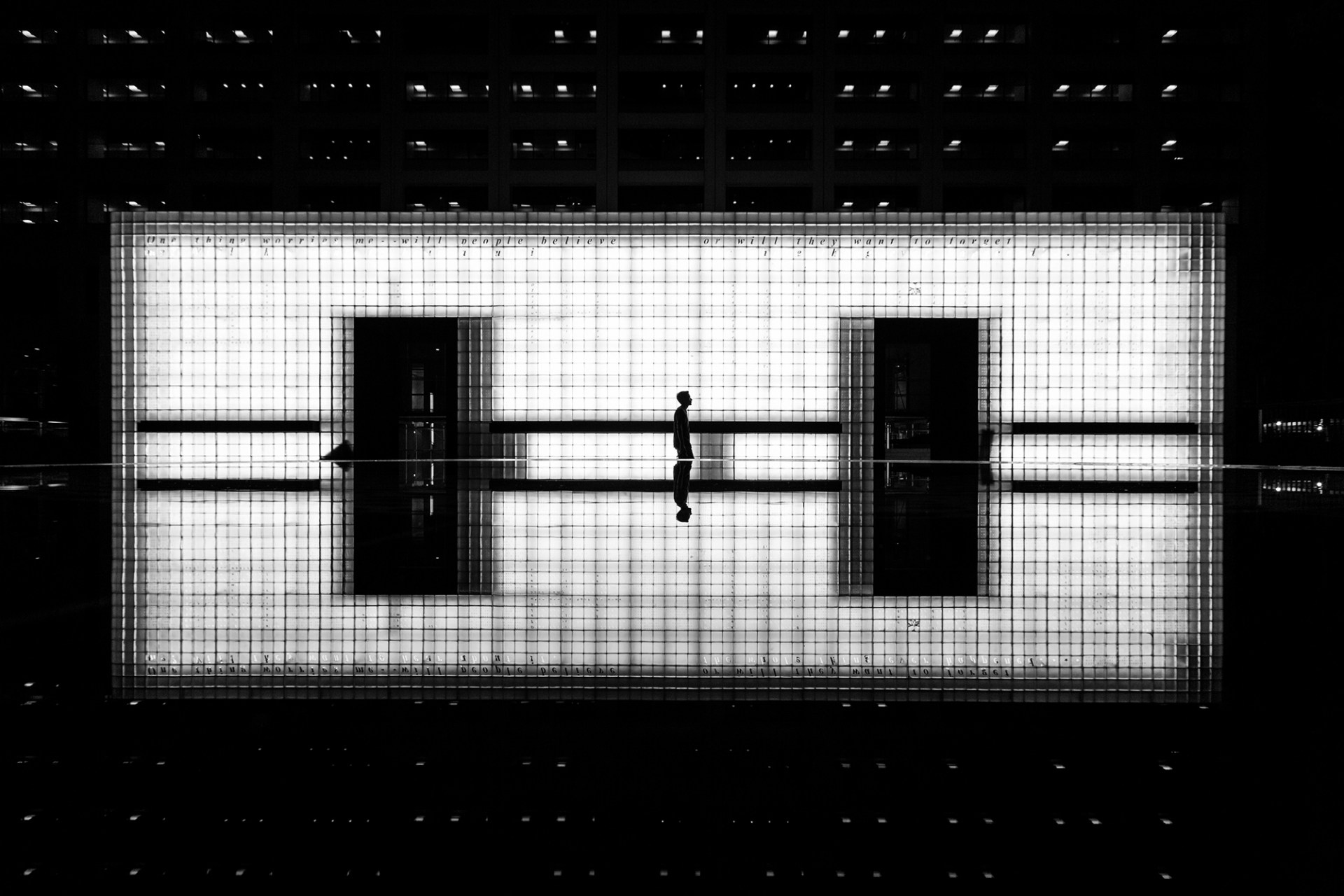 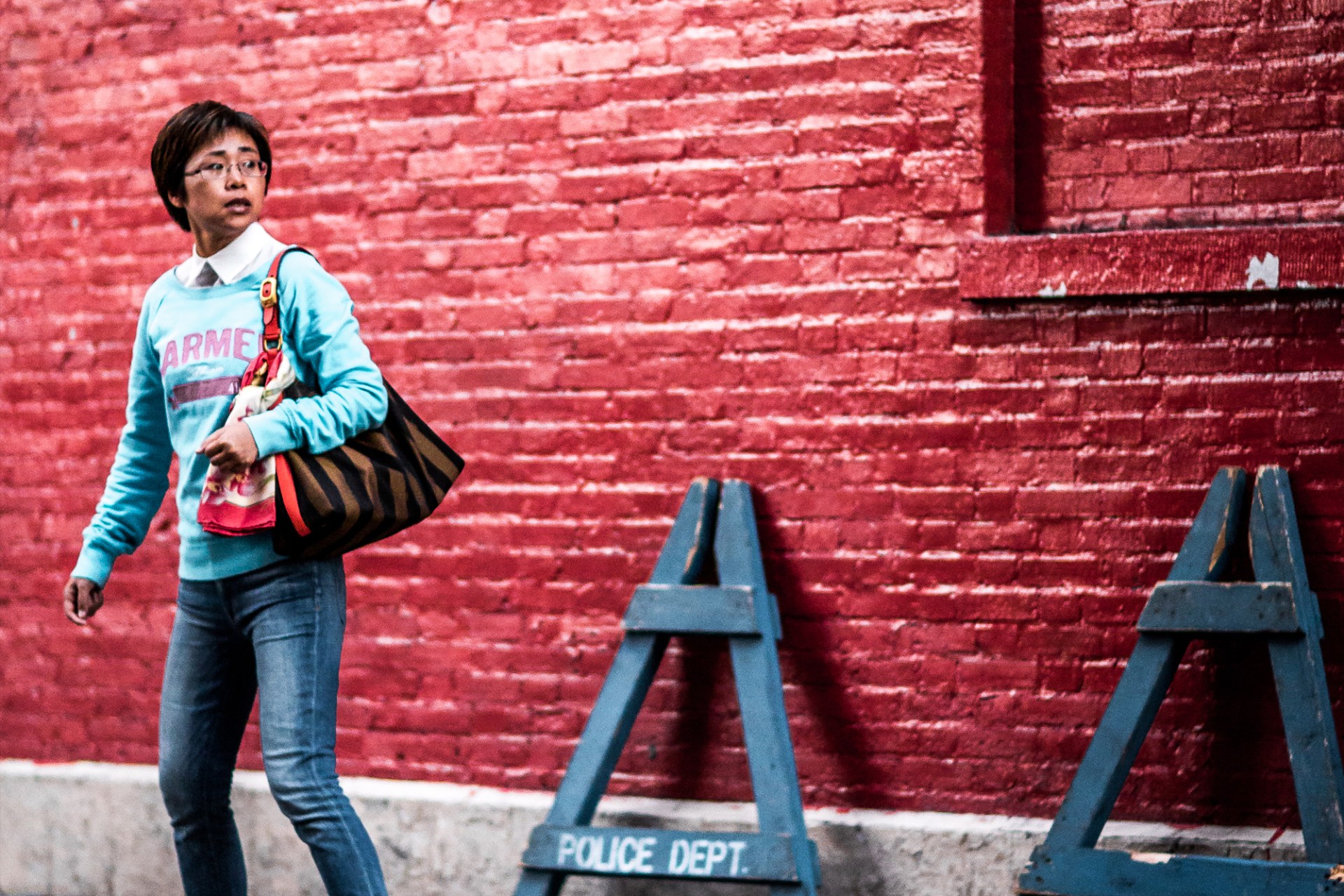 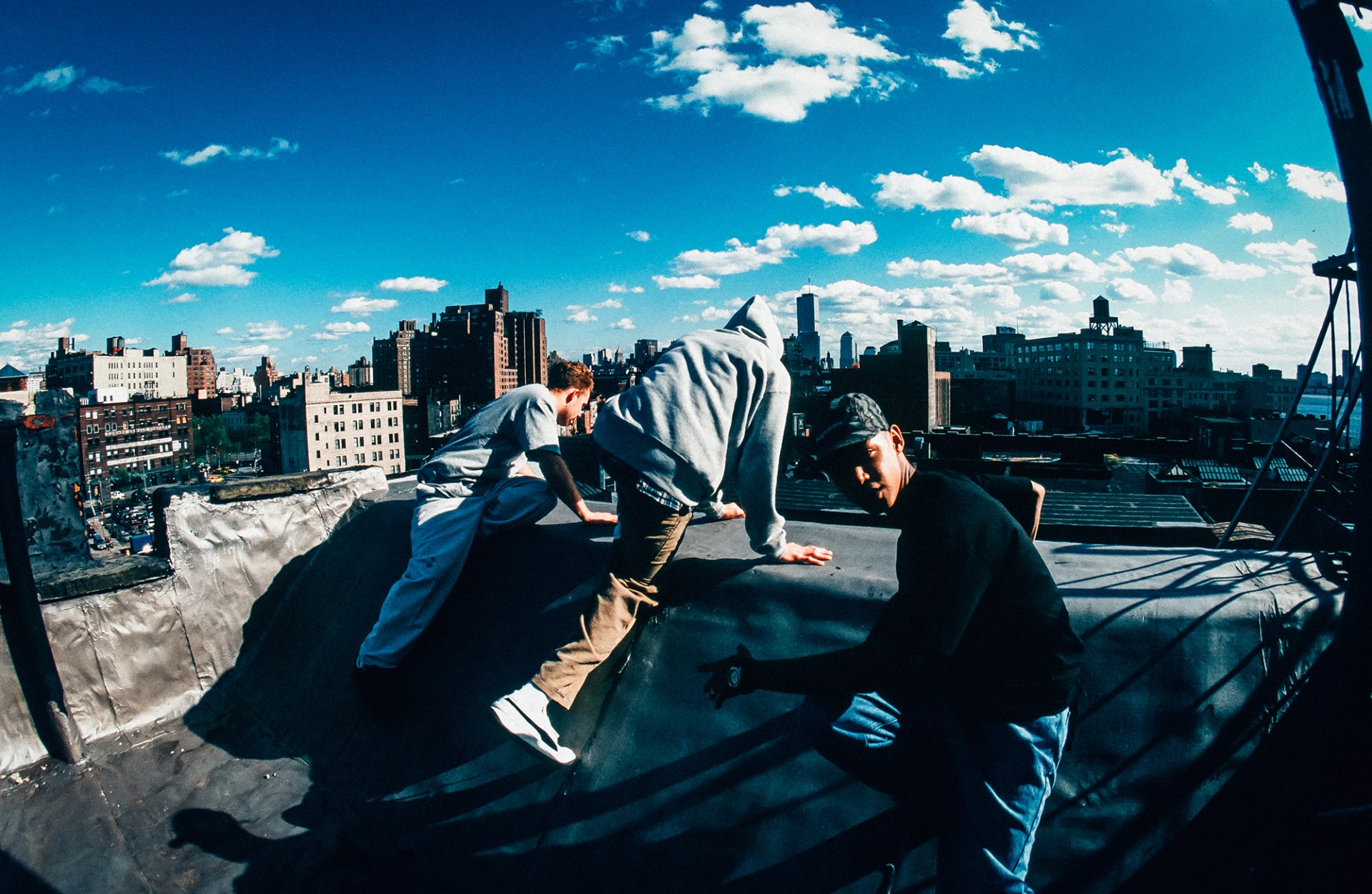 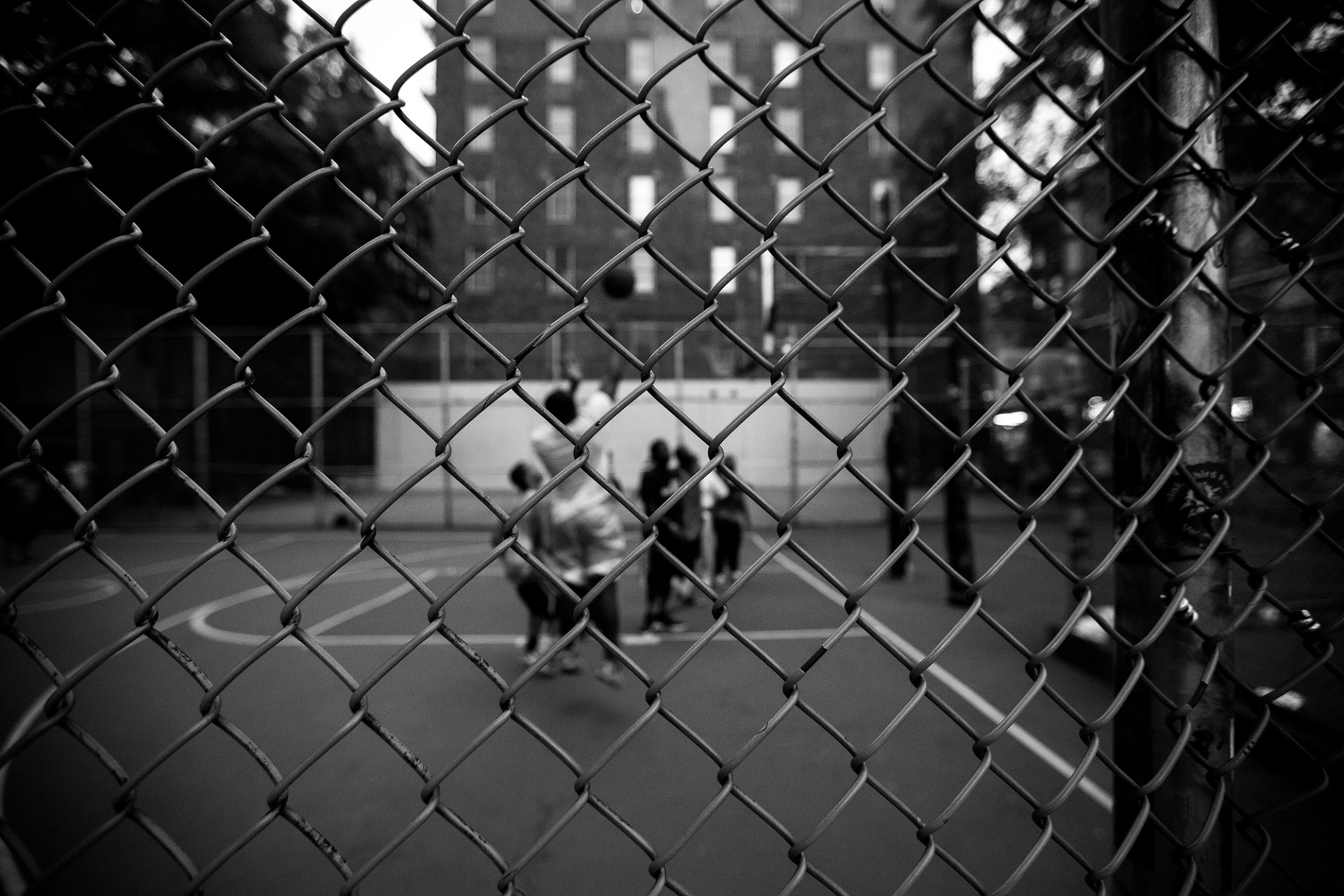 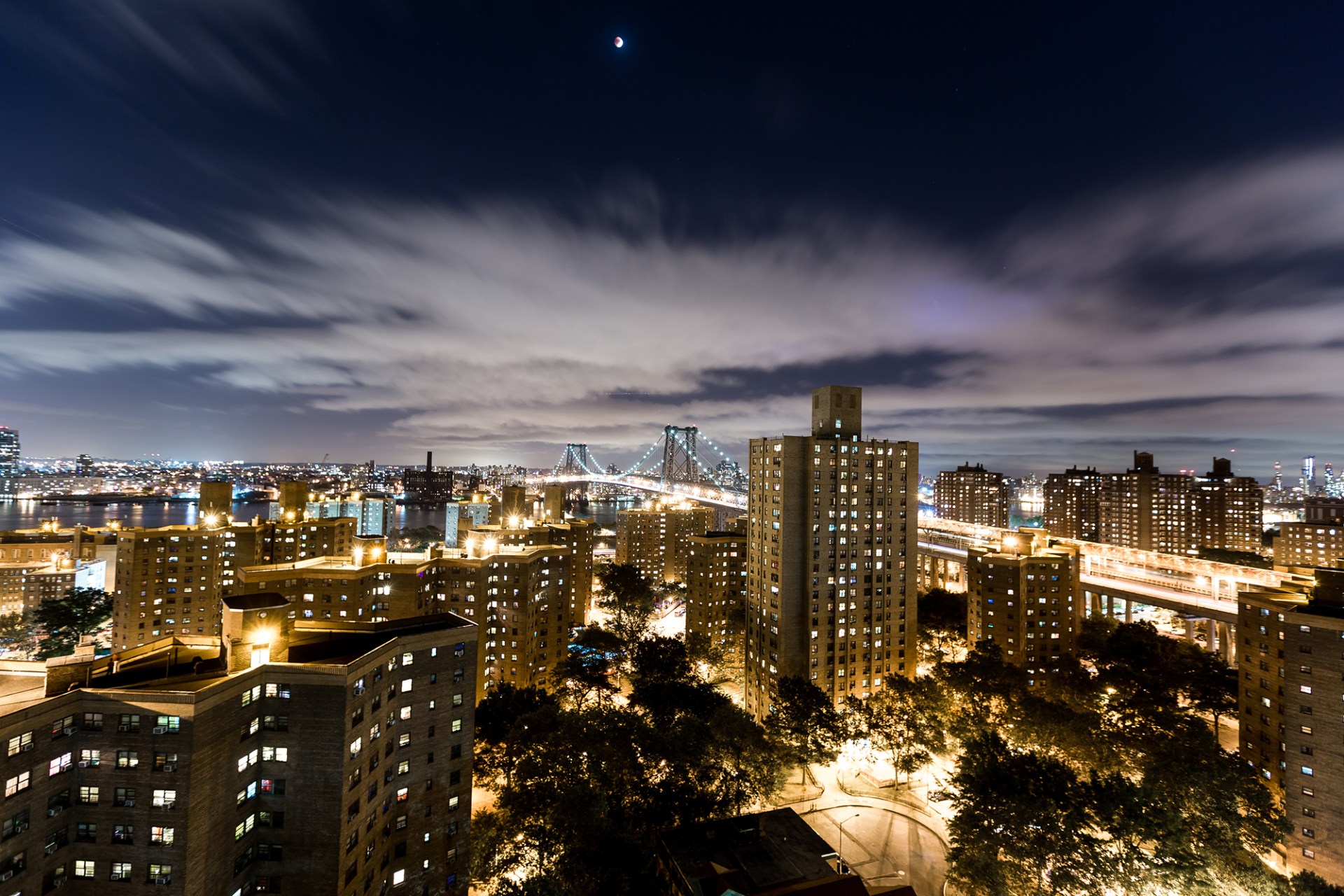 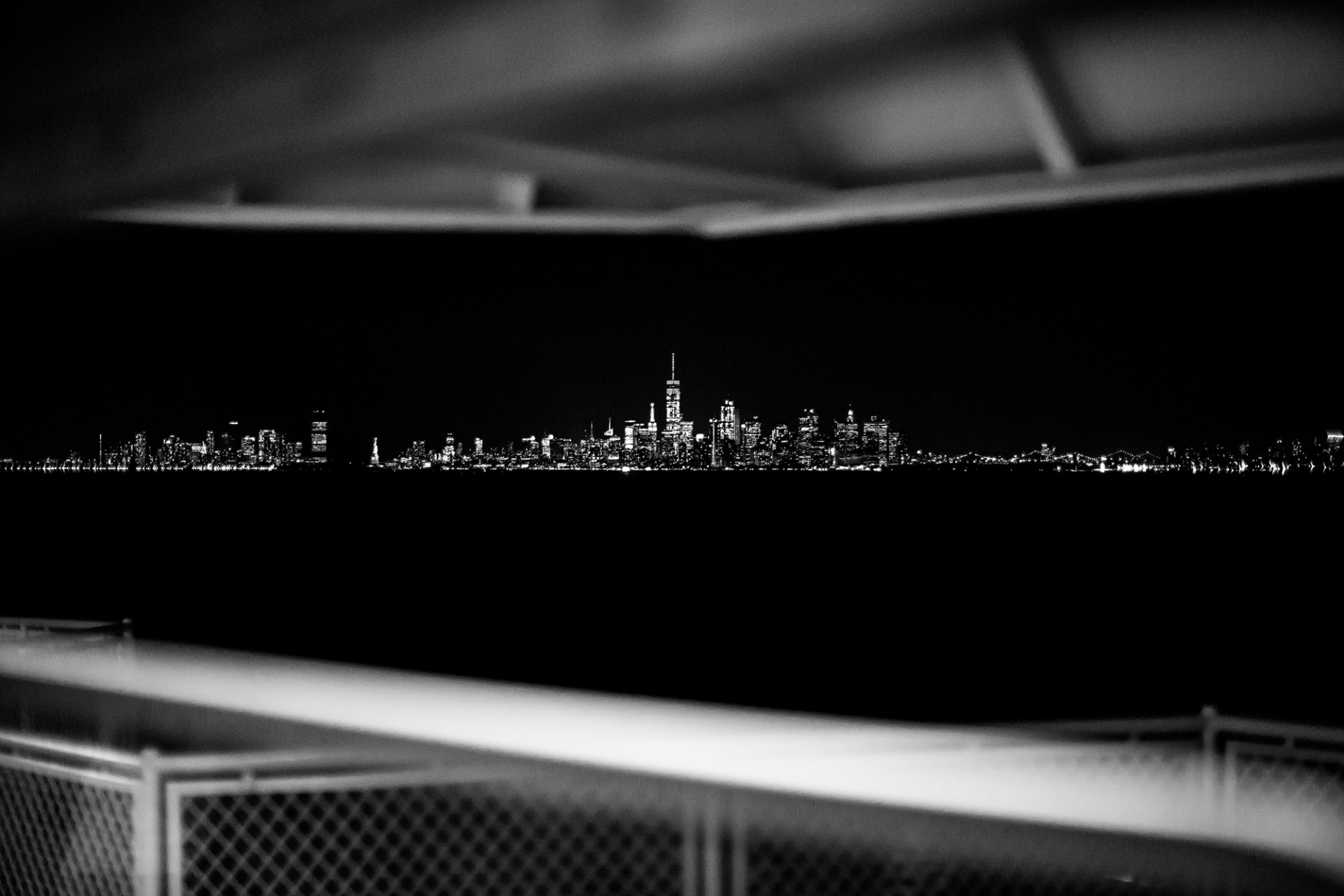 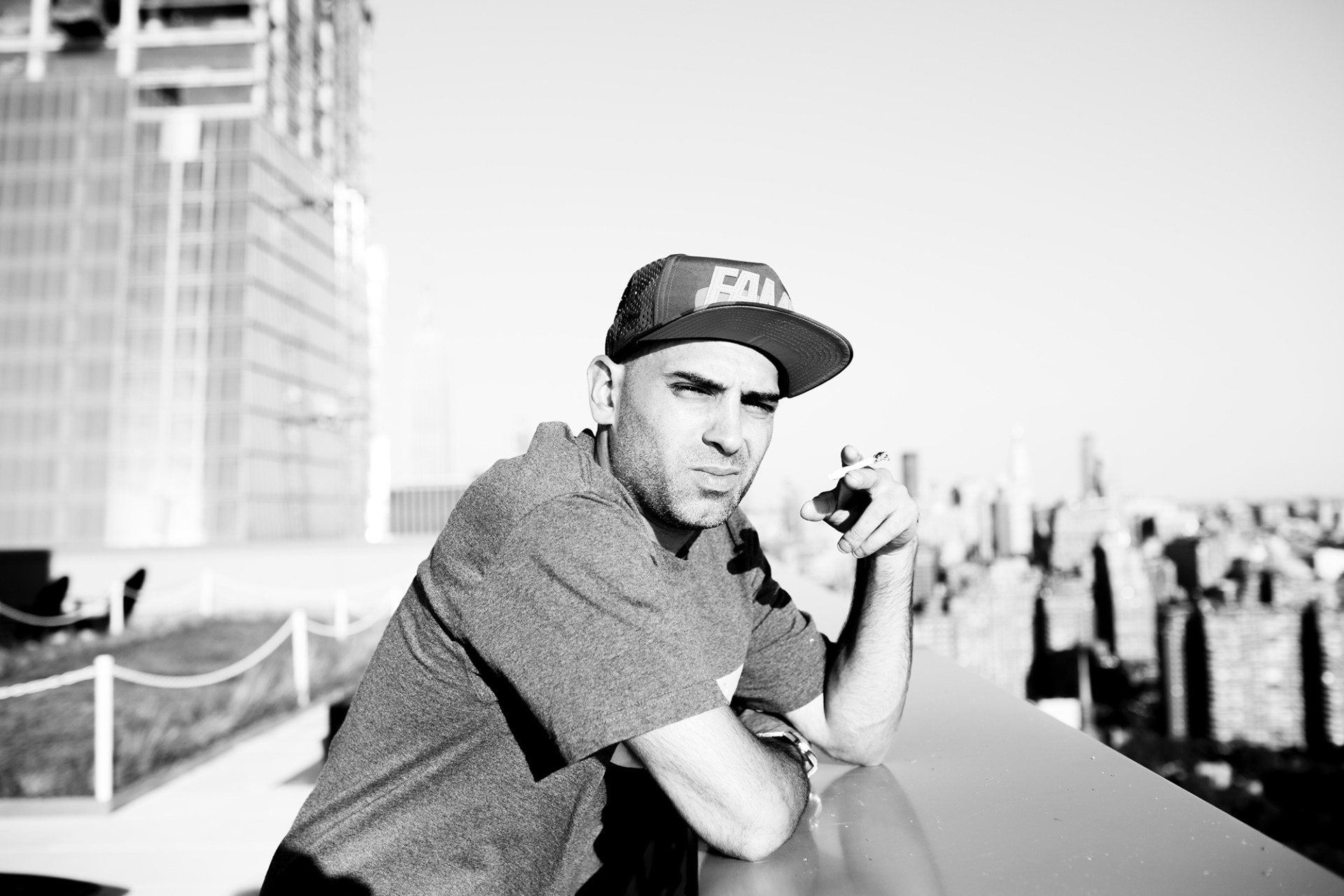 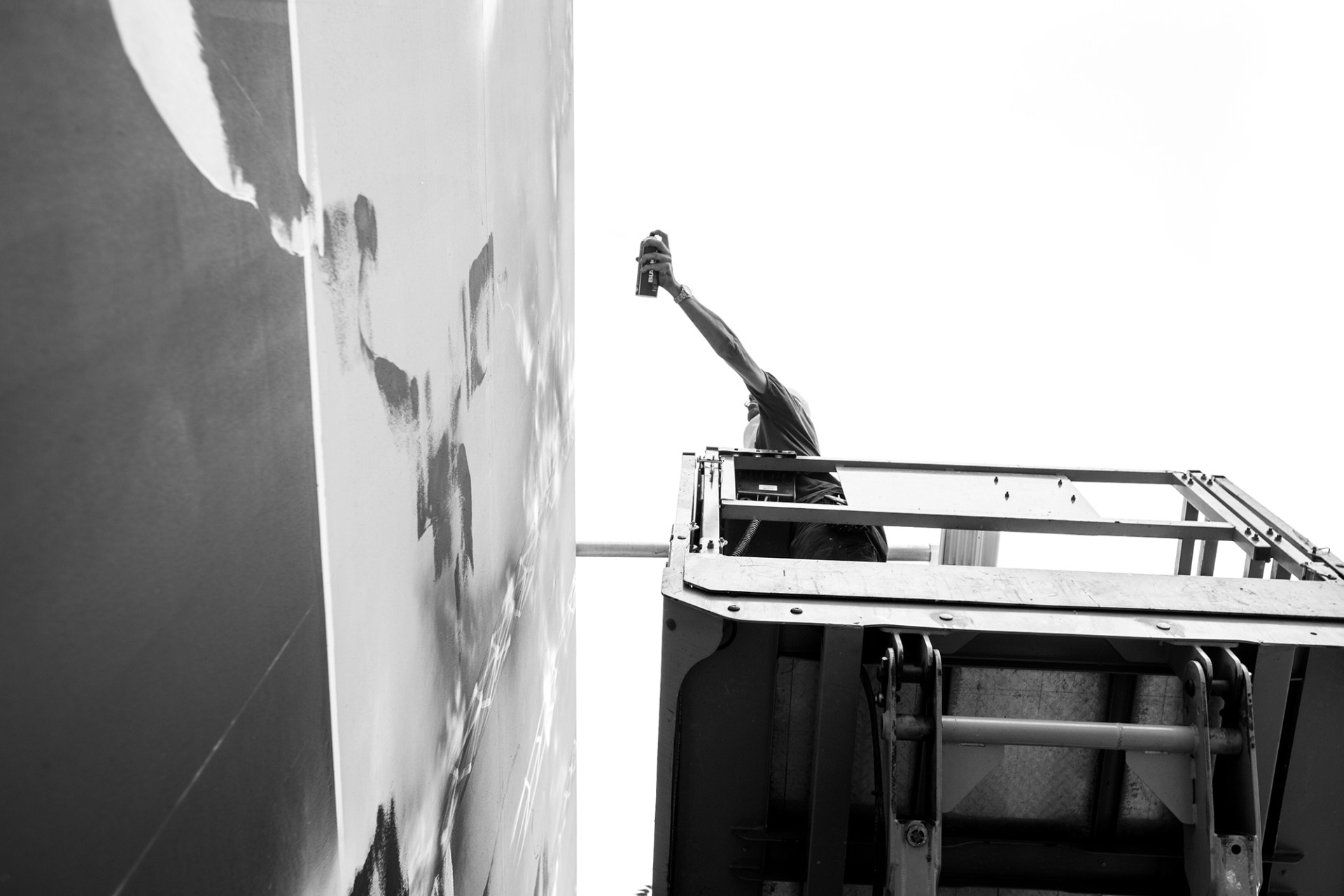 What was it like covering the early skate scene in NYC?

It was exciting for me. These were all the cool older kids I looked up to; these were the cool kids. We’d just explore the city all day. We’d skate down from Supreme to the Financial District, hang out at the banks all day, skate around there, then head back to Supreme before either going to Astor Place or Midtown at night. We’d just skate all over the place. And these are still my friends to this day. I don’t have any friends from elementary school or junior high – they all come from skateboarding. I was only 12 or 13 when we met, and they were all 18 or 19, but I was taking good photos of them so I got a pass.

How have the changes to the city affected your work?

We used to have a much nicer backdrop. Now it’s all banks and Duane Reade’s and CVS’. It’s still there, but you have to search harder for it, which makes it a little more exciting; it makes you think a little bit more. The good spots are dwindling out. Everything just looks the same. But I’ve always loved Chinatown. That’s my favorite place to shoot. It’s one of the last neighborhoods that’s kept its integrity. For a while it was one of the last places downtown that you could get cheap rent, but that’s not even true anymore. But it’s still dirty and it’s grimy, I love it. Everything around it has changed, and little by little it’s disappearing in its own right, but it’ll still be here for a while.

How does music play a role in your work?

It’s shaped my life more than my career. Growing up in New York, the hip-hop scene, of course. I got super into reggae, super into classic rock. Especially growing up in the ‘90s on artists like The Wu-Tang Clan and Mobb Deep, Jay-Z, all that stuff. They were making classics.

What do you listen to while you shoot or while you’re editing?

When I’m editing for sure. I just shot a lookbook for this Japanese brand Lafayette and the whole vibe is nighttime in the city so I was jamming out to a lot of ‘90s hip-hop, trying to get in that mood. A lot of times I’ll just zone out and put on some Pink Floyd and let it rock. Just the other day I put on Alchemist instrumentals and let those go for a couple hours.

What other creative influences have you had in your life?

I just got a bunch of books from my dad, actually. My dad was into photography growing up in the ‘60s and ‘70s – just as a hobby, he was never published. He had a good collection of photo books he just gave me. He’d document things. He drove cross country with my mom, so he shot that. He had a good eye too. He’s always supported me, but him shooting photos had nothing to do with me getting into it.

You recently took up travel photography. What has that experience been like?

It’s fun. I love traveling. I haven’t gotten to go to all the places on my list just yet, but hopefully this year I’ll knock off a bit. Cuba was amazing. It was my second time going; I went last year.

Iceland. I want to see the northern lights, so either Iceland or Alaska.

Yeah, but I want to do both. For some reason I want to go to Venice. It looks like a super photogenic city.

Has there been a learning curve between skate and travel photography?

If you can shoot skating, you can shoot anything. To me, skate photographers are some of the most well-rounded photographers there are. Shooting skating is hard. It’s nice when you have time to set up your shot and scope out what you want. A lot of times in skating it’s more like you have one shot at something before you get kicked out, so you’ve got to make it happen. We used to go up to Midtown on Sunday afternoon or Sunday nights when the buildings were closed and we could skate more. If you try to go during the day the guards will kick you out right away.