What do you do when the music stops? According to former Aer frontman Carter Schultz, you start recording. Now operating under the moniker Carter Reeves, the Boston-born, L.A.-based singer, songwriter and producer has recreated himself, offering fans a fresh, upbeat take on the pop genre. The 10,000 sat down with Carter Reeves to discuss his musical past, present and future, his creative process and more.

Tell us about Carter Reeves. Who is he?

Carter Reeves is a young-yet-seasoned artist in the music game who’s super excited to be authentic with the music while still maintaining a balance of something that I hope will appeal to everyone. From time to time I feel like I want to make some introspective bangers, but at the same time I pride myself in being able to balance music that’s solely personal to me but also enjoyed and accepted, loved, and jammed to by a whole wide range of people. I’m moving on from a really, really amazing project called Aer, which is what got me into the game off the bat. After six years of touring the world and going #1 on iTunes, and now after moving apart (in an amicable way), I’m excited to set out on the journey alone. I’ve put out some new music under the name Carter Reeves, and the new stuff that’s coming out today (March 7th) is marking the next chapter of who I am.

How did your experience with Aer shape your current sound and/or direction?

After Aer split, there was no real lag in recovery strategy time. I didn’t put out music for about a year, but I was making music for my solo career the second Aer stopped. For me, right off the bat I knew I wanted to shed this frat rap skin. I want to be the next Justin Timberlake, balancing some aspects of Sublime and Pharrell. I’ve always had that feel-good sound and I wanted to capitalize on that. It’s interesting to hear pop music now be more dreary, but I’m not going to lie to anyone. I’m a pretty upbeat dude; I’m happy and optimistic. I’m not going to reflect some sad struggle if it’s not actually there.

What about the move from Brooklyn to L.A.?

Moving to L.A. was a big life step and a huge stresser, so the combination of wanting to turn a new leaf and physically moving and adjusting to L.A. put a natural break in-between the last music that I put out in June and this new music that I’m releasing now. Moving to L.A., I automatically assimilated into the chill, West Coast vibe, so I’d say the new music has an air of surf rock mixed with pop, along with some strong, groovy hip-hop drums. This is just one song, but the next one harps back on that really funky, poppy vibe. I want to be a jack of all trades and cover a lot of styles, and I just knew that I needed to trust myself a little more going forward.

What’s your creative process like, specifically with your new music?

It’s funny, because a song can be done almost a year before it ends up coming out. The creative process has always been the same to me. I figure out a groove and a narrative.  I produce – it’s my favorite part of creating a song, even though I feel that writing the lyrics is the most important part. So I let an idea develop, get that idea to 60-70% finished, and then I work with my good friend Alex Bilowitz, who’s a great producer and who’s been in the pop world for a while. Alex and I take the song and sex it up, make it groovy and really just make it sonically on par and competitive with everything else. I’m able to deliver grooves and bring songs to what they are, but to really get them popping with the bass hitting and the snares cracking, “radio ready,” if you will, that’s what the final product ends up being. Still, even with all that work, music is all subject to change. I had a four-song rollout that I was planning to do and just three weeks ago I had a writing session where we created everything from scratch and had a dope demo ready by the end of the day. We played that for friends and my manager, and it went from nonexistent to number two in the release cycle. For some songs the period from inception to release is a month and a half. You’re just scraping the deadline to get it out. Other times I’m sitting on a track for a year.

Pay attention and stay with me as I’m putting out new music. My style spans a lot of genres and a lot of areas, so if the first track isn’t for you the second one might be. I want to tap into what I believe in and what I think is good no matter if it spans a few styles. You’ve got to shake and move. Everything’s always going to have pop sensibilities, but to push the boundaries and the envelope as far as what is constituted as pop, that’s the goal. Aside from that, I’m still DIY over here. I’m not signed by a major label, I’m completely independent, and that means I’m paying the bills and fronting the costs. That’s why word of mouth is so important to me. You just hope that if someone likes it they can give a minute to pass it on. Hopefully it finds a home somewhere sexy, somewhere special. 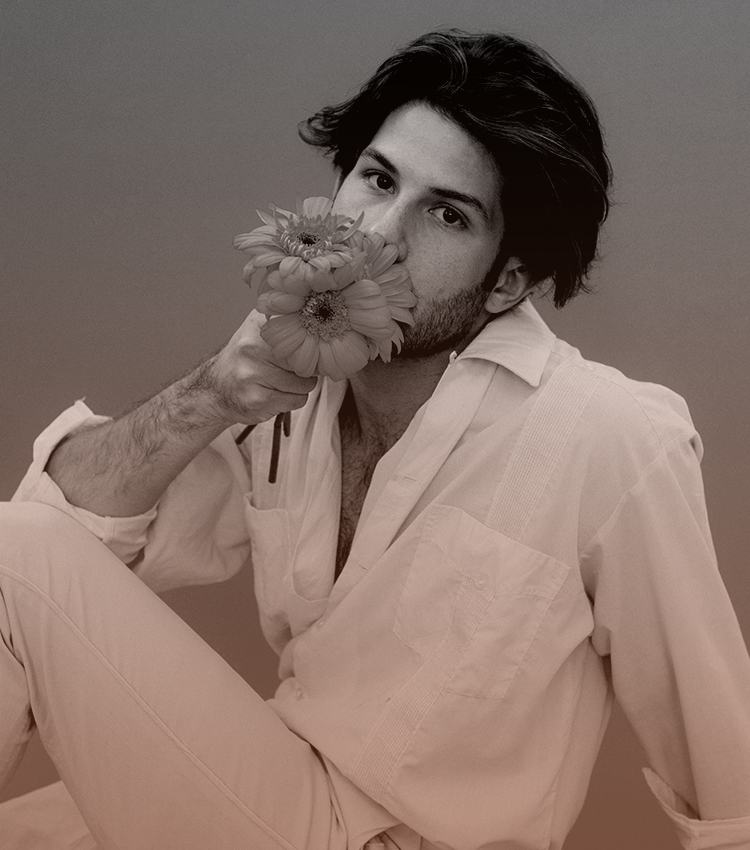