Girls don’t play bass. DJs aren’t musicians–Just a couple of the stereotypes Blu DeTiger is trying to dispel. After growing up studying music theory and playing both the electric and upright bass, Blu found her niche as a performer by combining funk-driven DJ sets with live, improvised bass. As a young, up-and-coming artist balancing life as a student at NYU and a budding career, Blu remains driven and self-assured, and has a strong appreciation for the old school. She sat down with The 10,000 to talk Debbie Harry, the importance of having a signature color (royal blue, of course) and why her ultimate goal is to inspire the next generation of music makers.

Tell us about yourself and how you got your start.

I was born and raised in New York City, which is always interesting. I started playing the electric bass when I was 7. My brother played the drums at the time and I wanted to play an instrument too. I didn’t want to be left out!

It kind of unfolded from there. I started taking lessons. I played rock music to start, I played jazz for a while (I play upright as well), and now I play guitar also. But bass is my true love.

I started DJing when I was 16 or 17 because my dad had Technics turntables laying around and I just kind of got into it. When I started DJing, I thought, “I might as well combine my two passions.”

So how does DJing while playing bass work?

I’ll play a normal DJ set and basically compose my own bass lines on the spot or improvise solos. I want to have freedom within my set. I don’t like to have everything planned out, I find the best is when I can loop stuff on the spot, react to the audience and figure out the next thing to do. That’s what DJing is–reacting to the room.

What are some of the artists or albums that are inspiring you right now?

My true love is funk and disco because I love slap bass. I love Cameo and Zapp. Recently, I’ve been listening to the new LCD Soundsystem for the production. I really like St. Vincent, too. She’s inspiring as a performer and person. She made her own custom guitar specifically for girls’ bodies, which is something I would love to eventually do for the bass.

Speaking of custom equipment, you have a signature blue bass. What’s the story behind that?

My mentor is the bass player Jerry Barnes, who plays with Nile Rodgers. He has his custom bass created by a Japanese company, Atelier. I got one of the custom models and It was brown. I was like, “I can’t play a brown bass. My name is Blu! I exclusively play blue basses!” [Laughs] So, I took my signature color to a guy who makes custom pieces and I asked him to add a little sparkle in there. That’s what I use right now. It’s very lightweight, so if I’m playing long sets it’s great. I’ve recently started working with Fender, so I’m going to play some of their basses now which I’m excited about.

You’re also into fashion and are known for DJing fashion parties and events. How does that play into your music? Who are your fashion inspirations?

Since I’m playing funk and disco I like to stay true to that fashion-wise when I perform. I wear a lot of jumpsuits and sparkles. I’m kind of going for a post-new wave vibe. Debbie Harry when Blondie was doing Disco. When the punk bands were doing disco!

What are some of your favorite live shows you’ve played?

I’m playing with a band called Kitten right now and we just performed in Kansas City. I had never been there before, but I really liked it. The show was at a huge theater and we were opening up for BORNS–[It’s great being] on stage with people you love. My brother was on drums.

[The venue] was packed and it was one of those “this is what I want to do for the rest of my life” moments. I was talking with some of the fans after and they told me they had bought their tickets in advance, that they drive a long way to that venue every weekend to see music. They just had such a genuine love for live music, it was refreshing.

It seems as though you’re a performer at heart. Do you do any production work?

My passion is performing, but you need to make music to play music. I do a lot of studio work, including sessions for other bands. I love collaborating and writing songs with people. It always starts with the drum and bass groove for me. If I know that I have a groove, the song can only get better. It’s trial and error, I’ll add a bunch of layers and then strip it down to what sounds great.

What lasting experience do you want your fans to have when they come away from your shows?

To dance and feel good–it’s the best cure for anything. I also want them to feel inspired to start playing music, especially with real instruments. My favorite thing is if a young girl comes up to me and says, “I started playing bass because of you.” That’s happened once or twice and it’s the best feeling in the world. I love feeling like a role model, I don’t know if I’m there yet, but I hope to be. I want people to feel confident, strong, and inspired to create something. 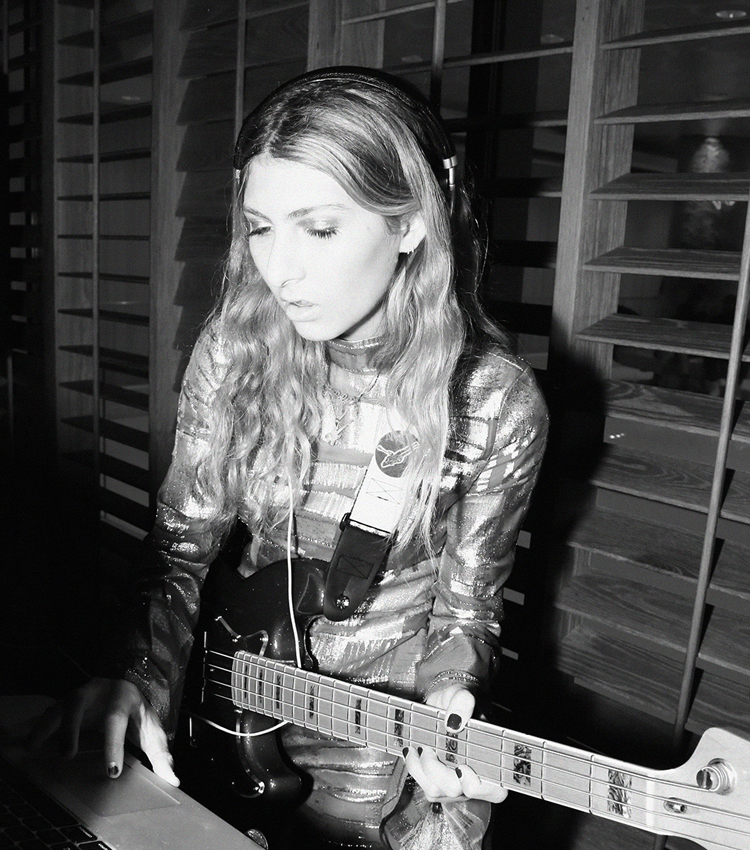 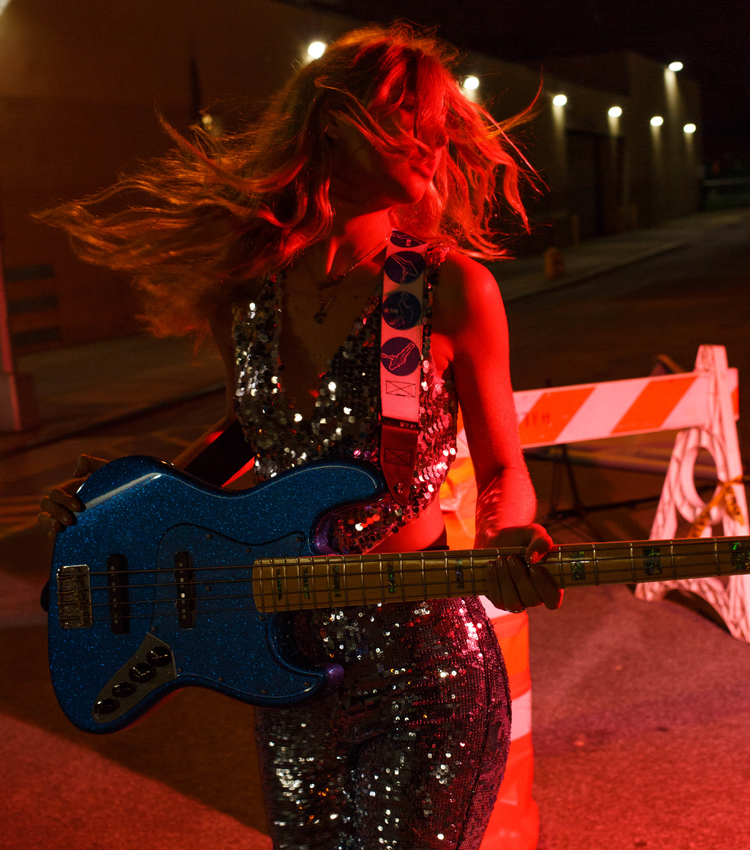 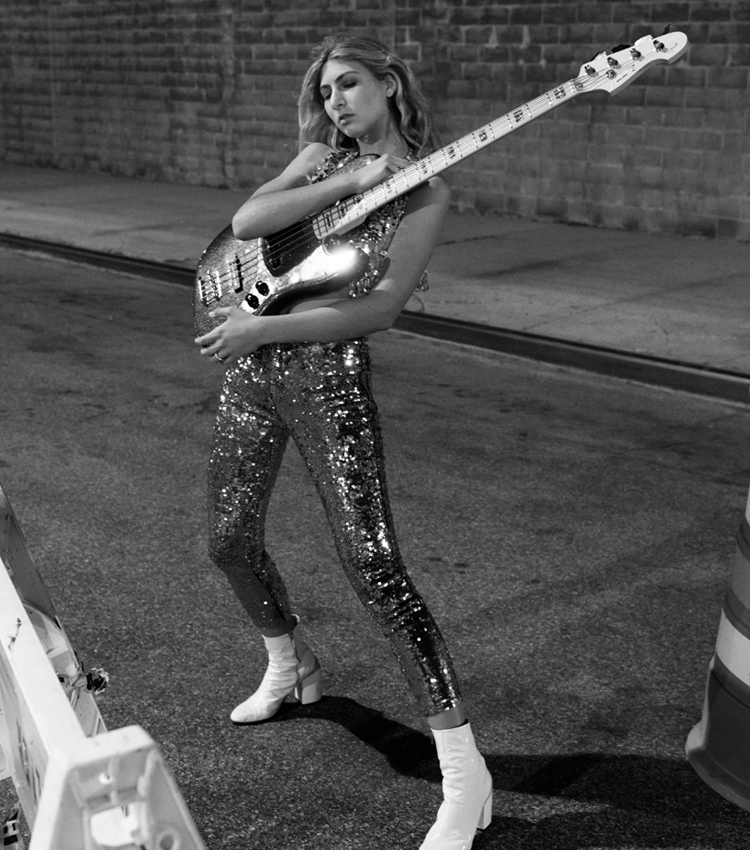 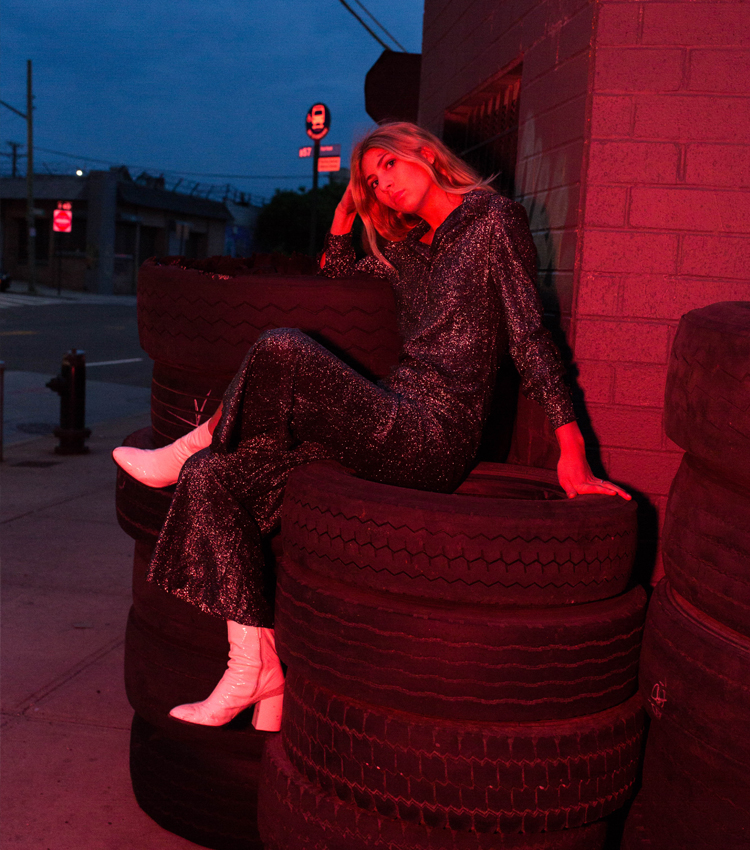