Khary is a 26-year-old rapper from Providence, Rhode Island who dropped out of Northeastern a couple of years back to move to New York and intern in the music industry. His internship experiences would go on to become the subject of the artist’s first album, Intern Aquarium, which he has since followed up with Tidal Graves. So how does a self-described reserved young man grow into one of our city’s hottest up-and-coming rappers, known for his energetic live shows? Read on to find out.

I started rapping ten years ago, the past two years on a professional level. I used to be my brother’s hype man. He used to sneak me into clubs. I don’t know why I wanted to do it, but it just kind of became a way to really express myself. I’m pretty reserved, so music is the outlet for me to step out of that person and tap into a different part of my personality. It’s very therapeutic. I feel like I kind of just do it for me, at this point.

Your album Intern Aquarium had to do with your experiences as an intern in the music industry. Can you tell us about that?

You also like to write about your experiences after that, in your early twenties. Can you talk about that?

I feel like you’re kind of just dropped off into your twenties post-college. Up until that point, the thing was “Go to college.” There was nothing after that. Once you get there, it’s like, “Oh, okay dog, you gotta figure it out on your own.” Being [in New York] is kind of like a slap in the face. Which was great for me developing art-wise, because I feel like Providence is a little more closed-minded on abstract thoughts, or people wearing certain things, or being into certain things. Coming to New York, I felt that everyone’s seen something weirder than anything I can do, so I felt free to be myself. I feel like music, especially hip-hop, is at a point where—it’s always been personal, but it’s finally matured to the point that people are trying to deal with issues through music, as opposed to putting on a facade.

Your latest album is called Tidal Graves. Where did that title come from?

Tidal Graves is an EP I did with Lege Kale, a producer from Columbus, Ohio. He co-produced on the I Spy record. It’s weird how projects come together. I come up with titles like two years in advance, and then it will be like a year [later] that I’m actually ready to work on the music for it. “Tidal Graves” is where trends go to die, essentially. [Laughs] It’s like “The new wave” or “riding the wave,” but it’s more like a grave, because I’ve seen this before. It might be new for the moment, but the patterns are the same. I feel like everything is so quick now. News doesn’t even last more than two days. I think we’re just at a point where everything is not really waves anymore. Things come and go, but they don’t come back. That’s what the idea of Tidal Graves is. Where trends and news and topics go to die, because I feel like things become more and more meaningless as we go along.

You said it’s a lot different from your previous project. How so?

I think it’s a little more mature than Intern Aquarium. Intern Aquarium for me was kind of this shy kid who moved to New York at twenty-one, trying to find himself interning and working, but Tidal Graves is a little more like, now he’s reflecting on it. This character who is me, this person, is reflecting on it. I have a song on there called “Control Pt. 1”, which just talks about [how] I have no control over myself, as far as the internet goes, and my phone goes. Then I have “Control Pt. 2”, which is where I realize there are certain things I can change and I can control in order to grow. So Tidal Graves is much more like a middle ground project that leads into my next project. That’s going to come out next year.

Can you tell us about that?

The project’s called Captain. It’s crazy; it’s supposed to be a bunch of braggadocious tracks, because Captain is this person—this part of me that I realized wasn’t exactly me, but [this character] I embraced to survive in New York. I was way more reserved, less talkative. I didn’t network, I didn’t go out and drink and meet women and that stuff. That just wasn’t my thing, but I felt like I kind of fell into it/needed it. It’s an unsustainable person. The next project is about that, and dives into my love life, my self-confidence, my ambition. Do I really even like doing this anymore? Do I want to live in this city anymore? Do I want to make music anymore? It covers that on a broad scope. And I think it’s probably the best thing I’ve ever made, and I’m excited about that.

You pride yourself on having an energetic live show. How does that work with your being so reserved?

I don’t know. [Laughs] I’ve been doing shows since I was sixteen. I’ve probably done over 100 shows. That’s like the one place where I just feel like I’m in a zone. Like I’m somewhere else. I feel in control, and I love it. I love messing with people. I love pointing out awkward things. Because we’re all weird. I love when I can take a crowd that looks at me like, “Who the fuck is this?” and then two songs in they’re like, “I’m kind of out of my head.” And by that third song—I get them on that third song. They’re like, “This guy gets me, this guy’s amazing, I haven’t seen that before.” I love that.

What songs or artists do you listen to for inspiration?

Prior to ninth grade, I just listened to the radio. And then [I started] skateboarding, and I cut my hair—I used to have this big fro. It was bigger than my head. It was crazy. I hope no one ever finds that picture. But I cut my hair off, and I got to school that year, and everyone started calling me Lupe Fiasco because it was around the time Lupe Fiasco came out. So I looked him up, and I watched the “Daydreamin” video and I just fell in love, like wow, you can do this with music? You can rap about nerdy stuff? You can have a robot in your videos? So I started listening to him heavy; I started listening to K-oS from Canada very heavy. Kanye, of course. Stevie Wonder, John Mayer—I’ve been on this John Mayer wave so much lately. I like music that’s full of pure emotion.

What advice would you give a young person wanting to get into what you do?

The biggest thing I could say to anyone, even myself, is learn to love the process. The shows are cool, getting plays is cool when you finally start getting plays, getting placements, getting stuff in video games is cool. But it doesn’t last long if you don’t love the actual process of making it. And I don’t think you start off loving it all the time. You have to figure out how to do it; you have to practice, you have to try new ways of doing things. And then you get less frustrated when things aren’t working; you’re like, oh, this is part of the process. That’s it. 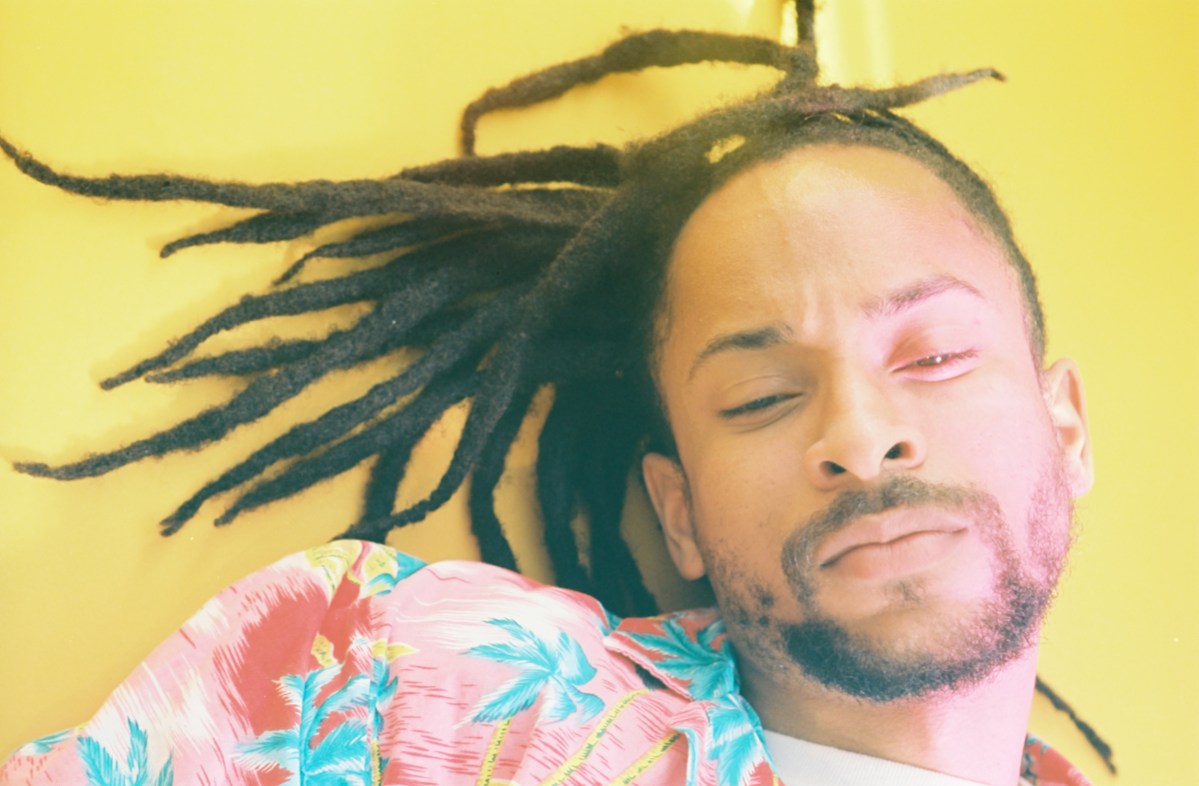 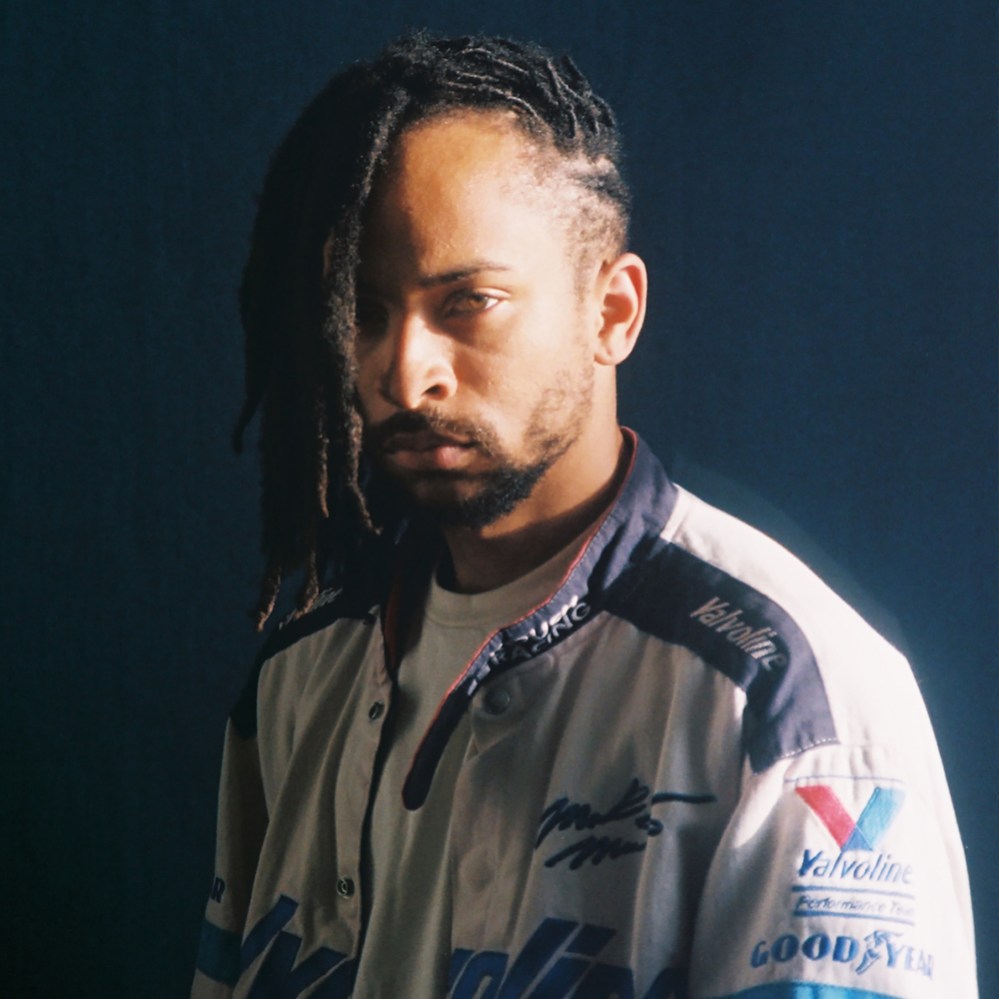