For Broccoli Magazine founder Anja Charbonneau, Portland quickly felt like home. The Vancouver native moved from Canada to Oregon 13 years ago and in 2017 founded Broccoli, a magazine for international cannabis lovers. Her goal? To tap into a subculture of refined marijuana enthusiasts globally in a conscientious and meaningful manner. In honor of the various cannabis-related celebrations in and around 420, and to learn more about Broccoli, we spoke with Anja about her objectives and understanding of the budding marijuana industry.

Tell us about how Broccoli came to be, and who your typical reader is.

I’ve come to describe myself as a longtime dedicated but casual cannabis consumer, and I think that definitely reflects part of our readership. When we started Broccoli it was two-fold, as we didn’t see anyone like myself being represented in mainstream media and most connotations of marijuana were negative. Broccoli aims to help normalize cannabis by showing it through an arts and culture lens. Our reader uses the plant as part of their daily life, but there are so many other defining elements that fit into that picture. 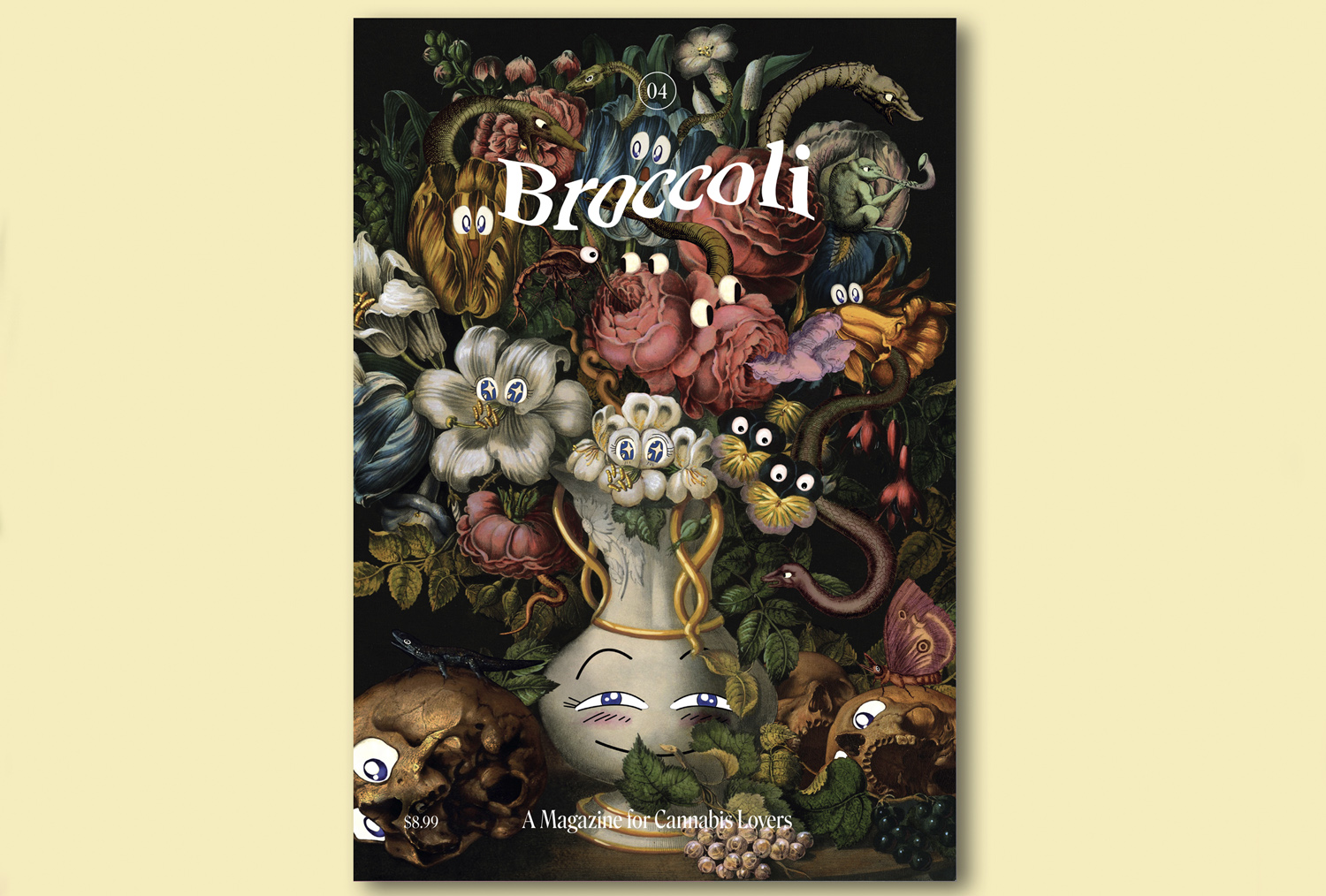 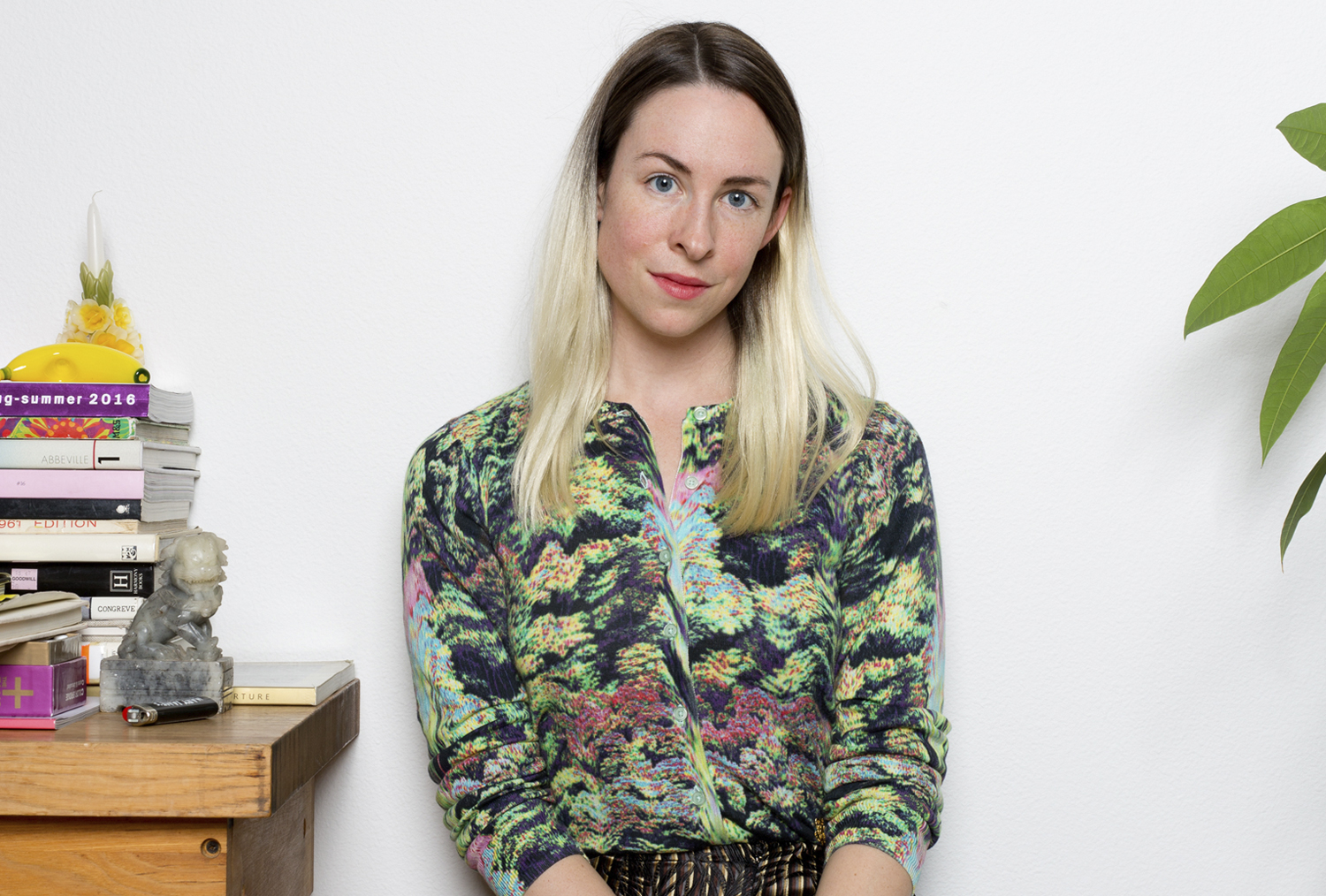 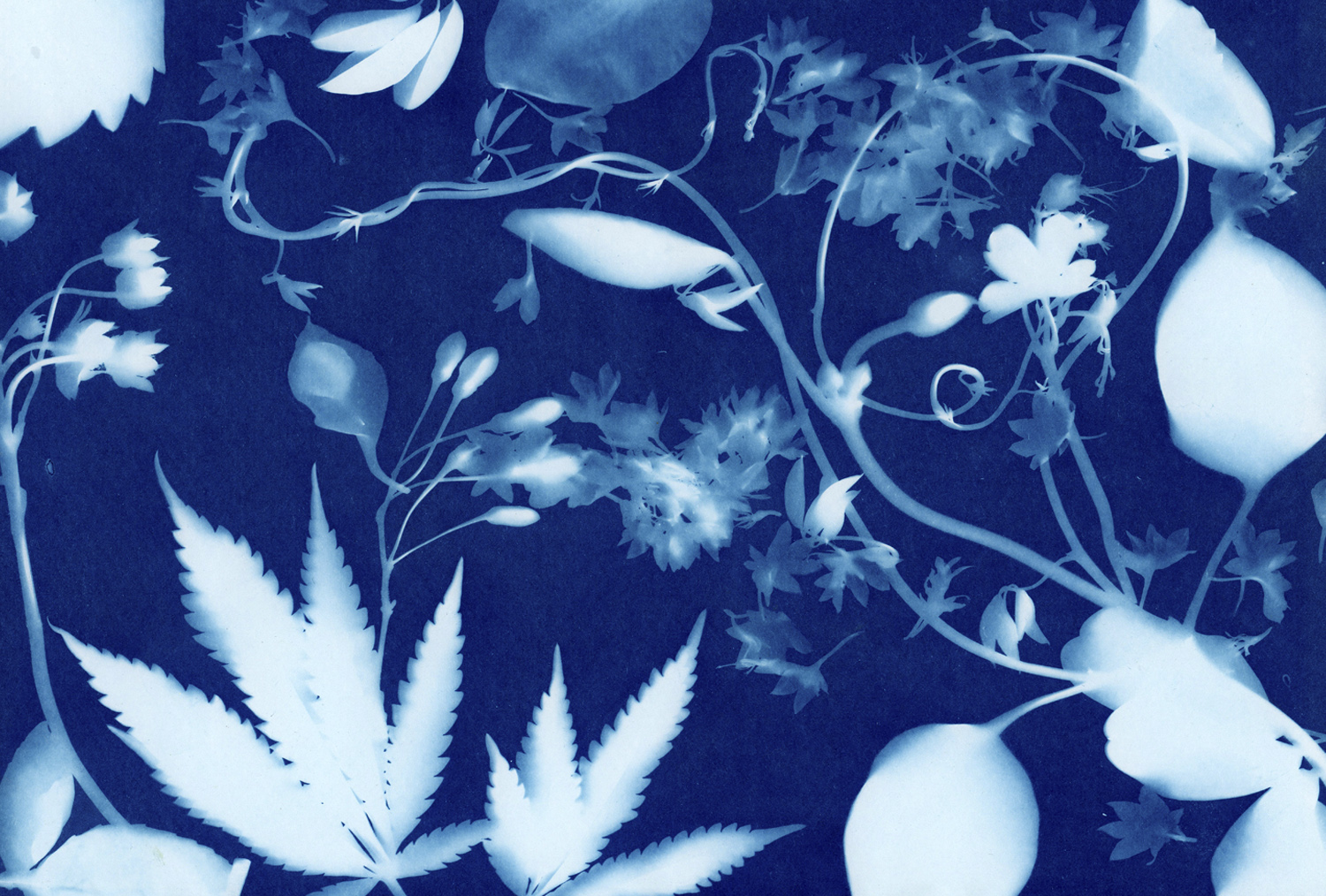 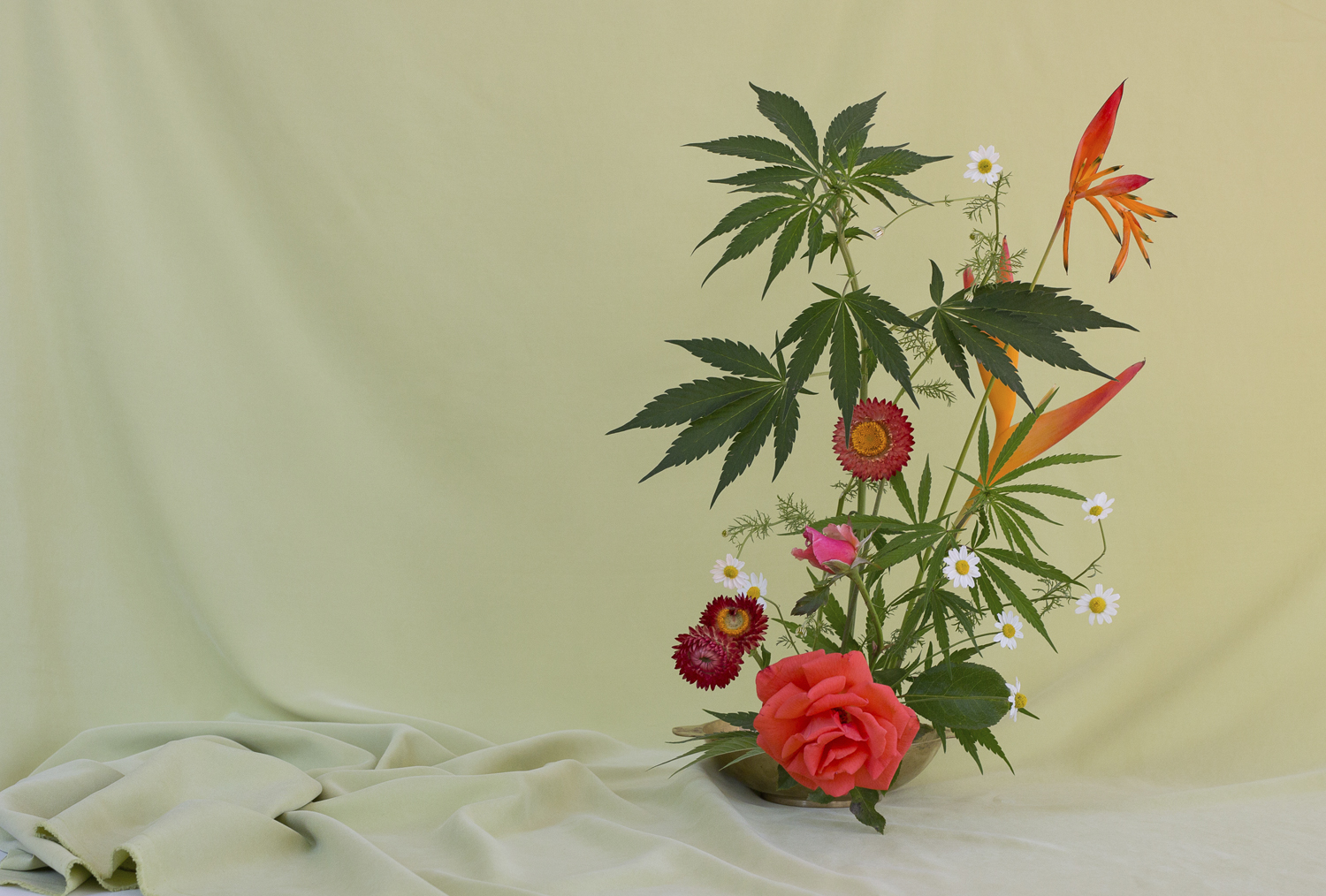 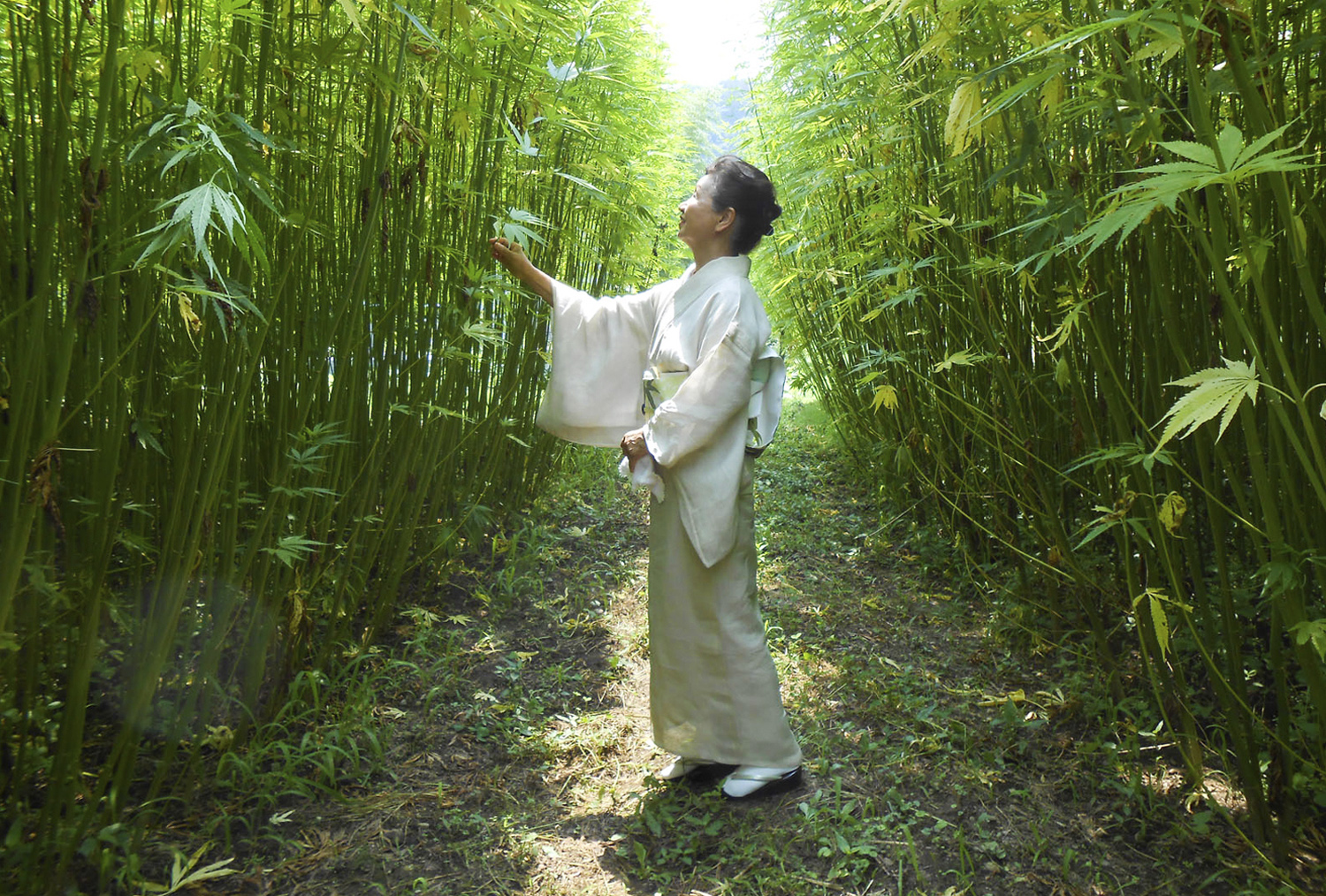 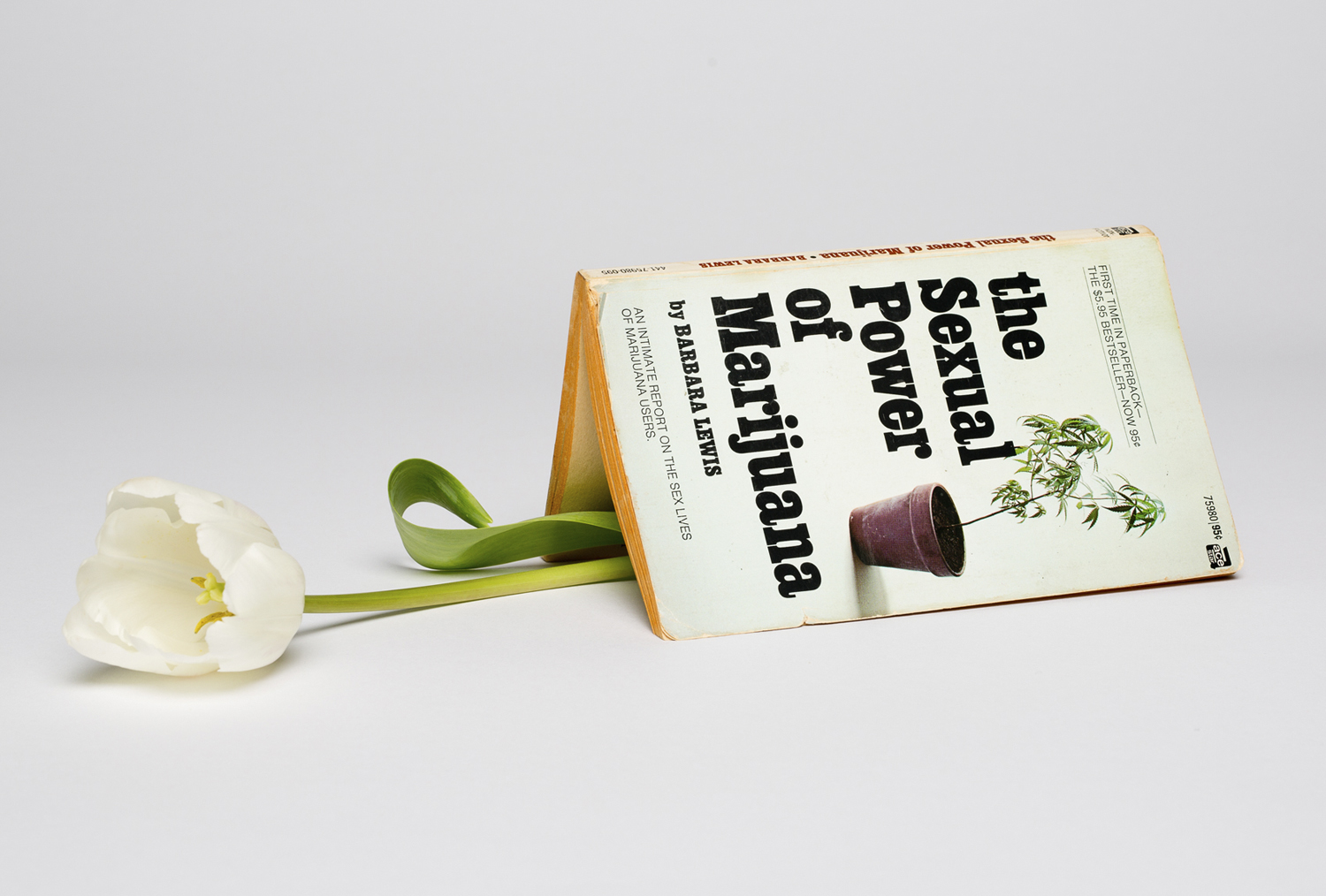 The Sexual Power of Marijuana by Anja Charbonneau 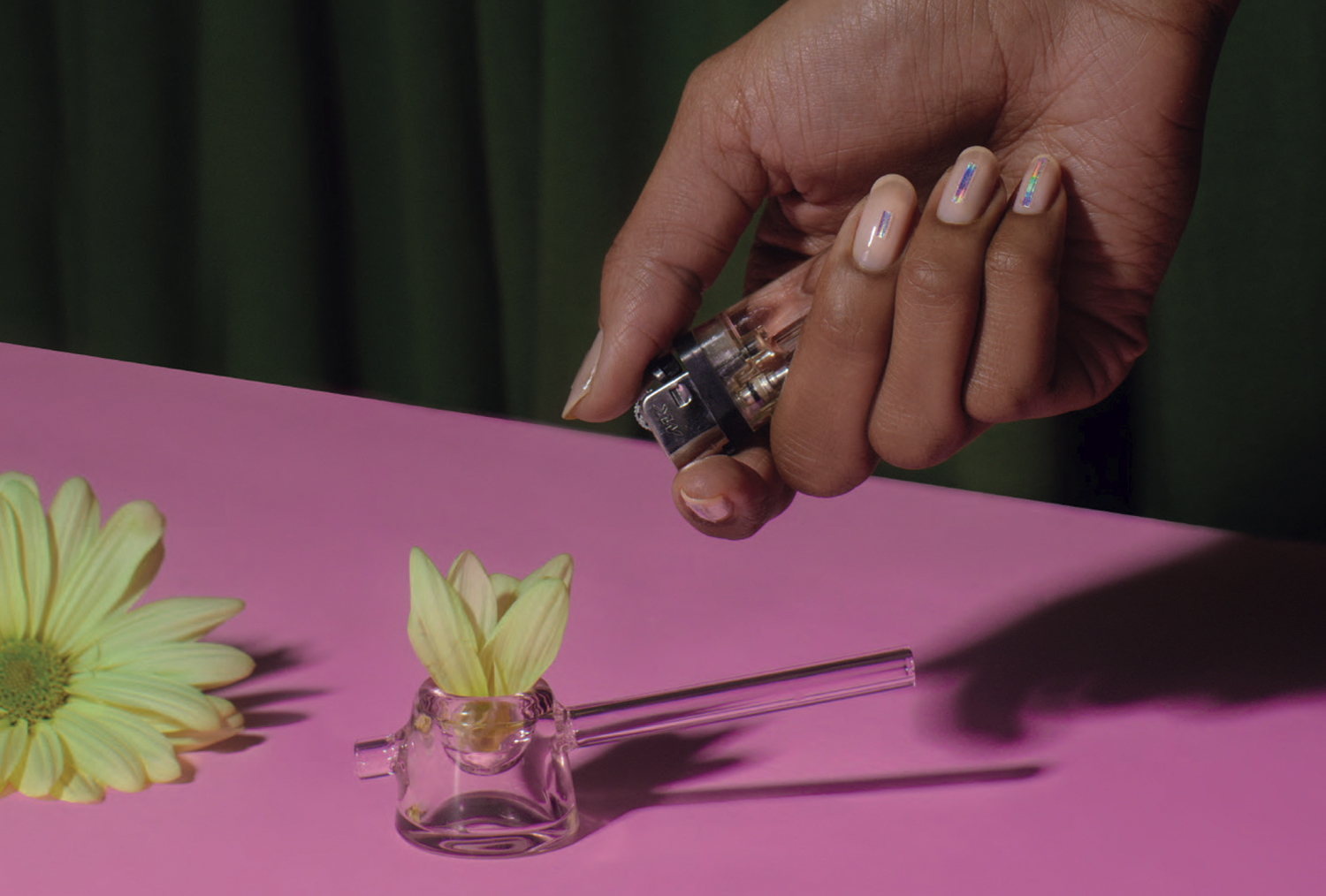 The Witching Hour by Vanessa Granda 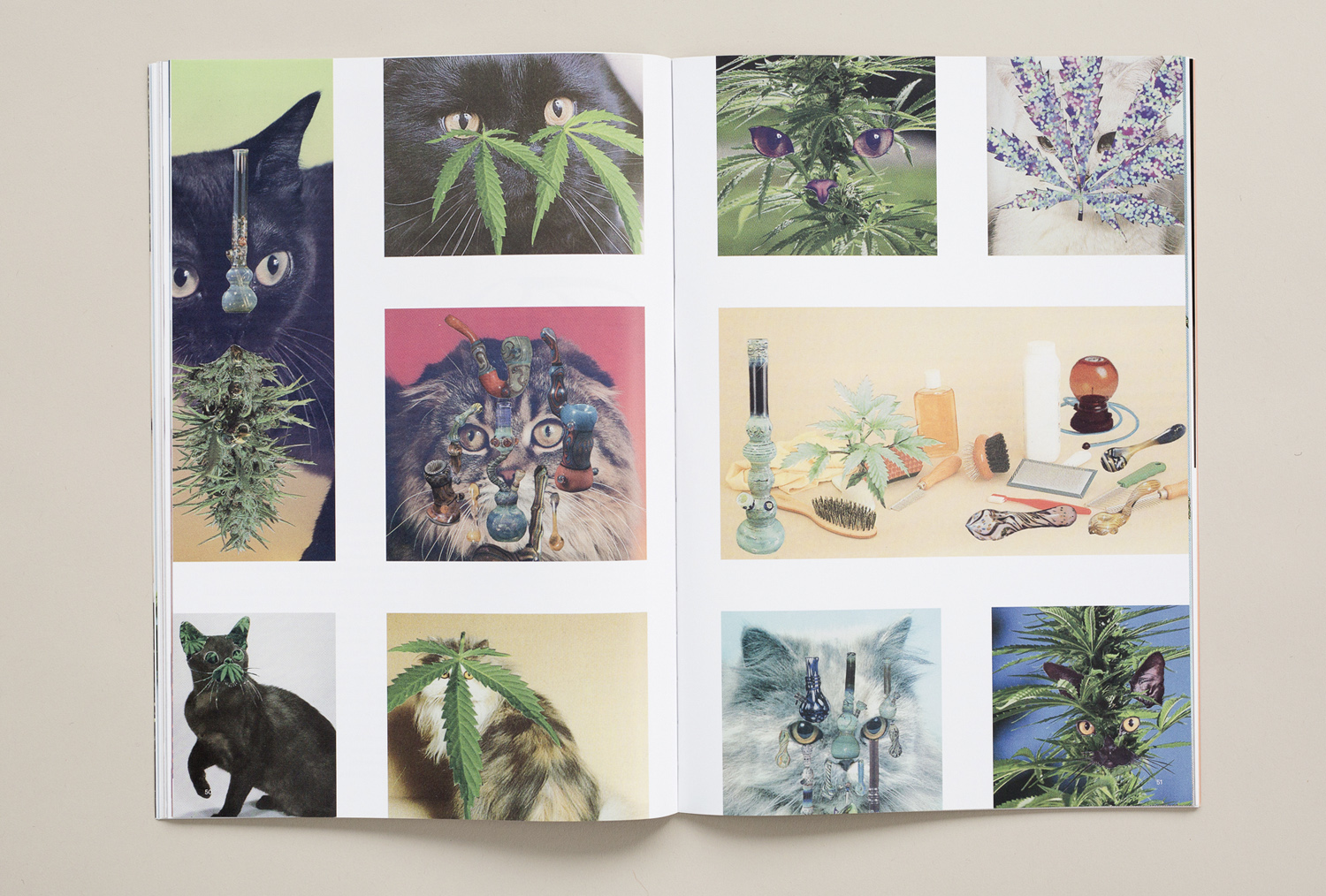 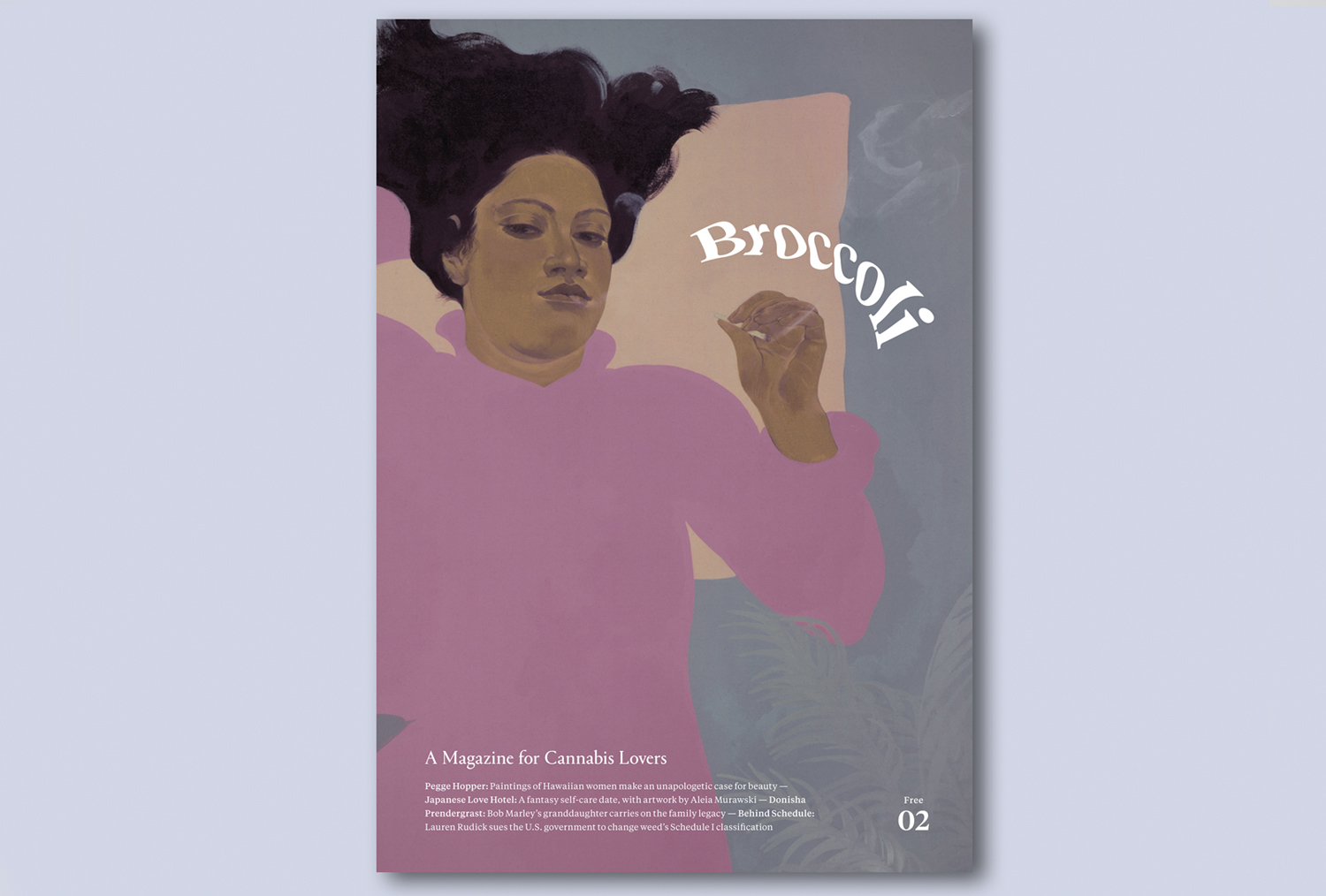 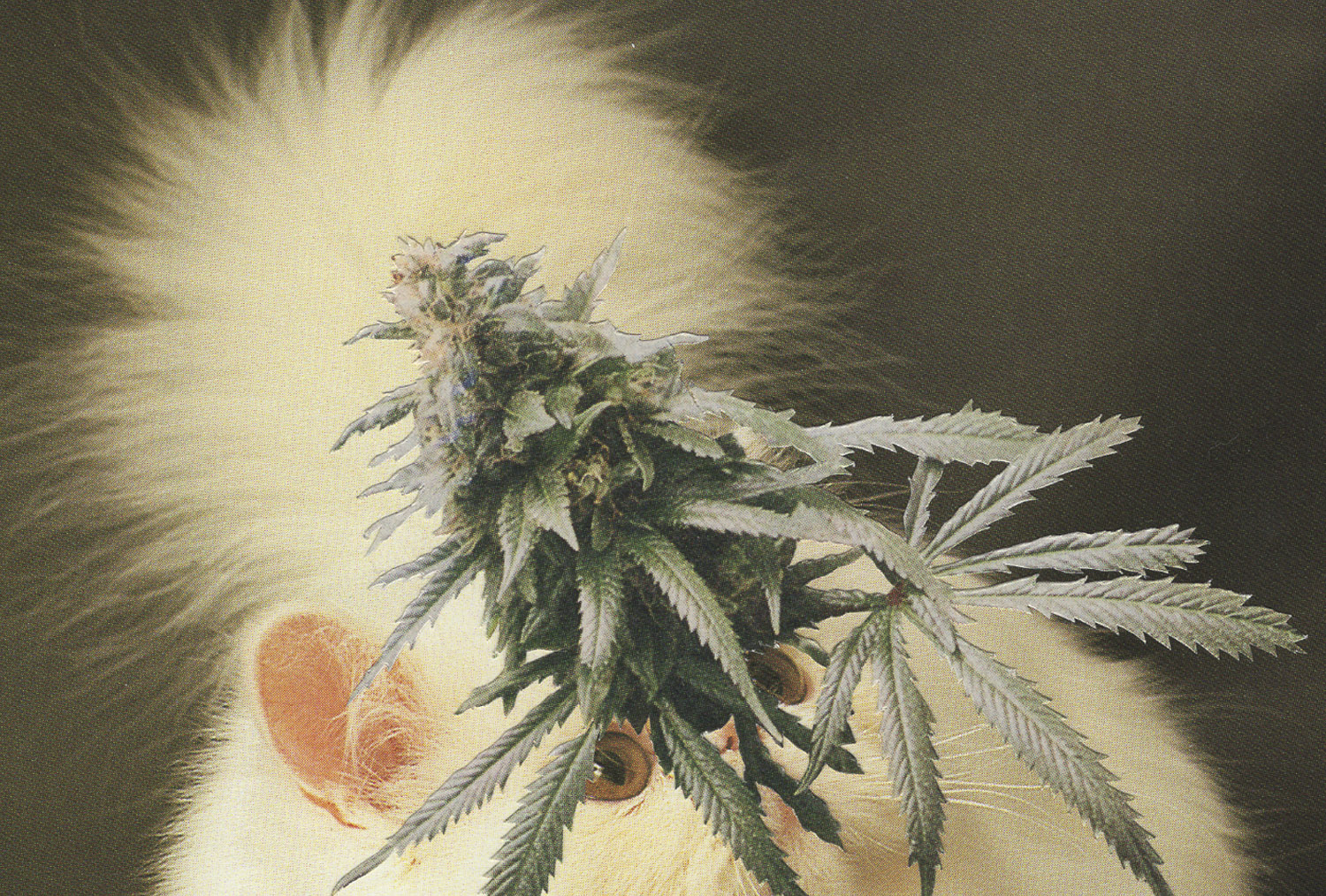 What are some key differences between various types of cannabis, and what strain would you recommend for various situations, be it from relaxing at home to social settings.

I think a simple way to break it down is to think of cannabis in terms of THC dominant versus CBD dominant strains. CBD doesn’t make you feel “high,” and when mixed with THC it will bring down the typical high associated with THC. At most dispensaries cannabis strains are clearly marked with THC and CBD levels indicated, allowing consumers to avoid general concerns associated with weed, including paranoia. I think it’s mostly about knowing how much THC your body can handle and process, just like any other drug including caffeine and alcohol. Unfortunately levels and strains do vary significantly between farms, so be ready to experiment! The general rule is to start low and go slow, because once you’re there you’re there. It’s also always comforting to know you can’t hurt yourself and the high will pass.

Legally I do think cannabis will become regulated on a federal level, especially considering the success story of Canada and The Netherlands, where cannabis products are taxed and distribution is controlled.

Broccoli’s distinct aesthetic level really sets it apart from other publications in the industry. As a former art director for Kinfolk, how did you and your team land on the direction for your visual aesthetic?

In some ways it’s a glimpse into my brain. Working for Kinfolk was a very specific experience because it’s such a focused brand. Broccoli definitely breaks a lot more rules in terms of aesthetics and creative direction. For us it became important to balance the beautiful with the weird, merging traditional ‘stoner’ or psychedelic imagery with modern trends to capture new audiences and marijuana enthusiasts. Making Broccoli accessible while having fun and being weird is what we’re about.

One of the most exciting things about launching Broccoli was learning how many people all over the world identify with our mission and aesthetic, and how cannabis is consumed or used in different ways and cultures.

As cannabis has now grown far beyond a niche industry, how do you see it interacting with other cultural touchpoints (design/art/food/fashion) in the future?

We are seeing cannabis become more and more mainstream via collaborations, which seem to have become key as a way to introduce cannabis products to market. It will be really interesting to see which major brand or retailer will be the first to own a cannabis product entirely for themselves, without it being marketed as a side project. We’re in a CBD whirlwind right now, which I predict will eventually evolve. How exactly I’m not too sure, but one thing I do know will happen is more markets are going to open up, with more people and cultures wanting to share how they consume cannabis and what it means to them. We at Broccoli are most excited about the new discussions and communities that will emerge.

Broccoli’s upcoming Portland festival, In Bloom, features art, workshops, and musical performances. How did this event come together and what are you most excited about?

Our biggest challenge has been making the 2D world of the magazine come to life in 3D. We’ve organized a host of workshops and launch parties, so a festival spanning a weekend seemed like the right next step. We wanted to create an event that was fun and brought the cannabis community together in a meaningful way. There are so many interesting people who create art, food and music centered around cannabis, so my hope for In Bloom is to showcase that and have people experience these artists’ work in real life. I’m incredibly excited to see it all come together!

420 is fast approaching. Does the Broccoli family have any 420 traditions or special celebrations planned?

Yes, that’s when I’m getting married! The venue that we were set on had an opening that weekend, and my fiancé and I both work in the industry so it made perfect sense. He has a vape pen company so we joke about being a weed power couple!