For Chicago-based photographer and CCO of Havas Jason Peterson (49) and his son Ford (18), bonding over music has become an integral part of their extraordinary relationship. In honor of Father’s Day and high school graduations, and to celebrate all the special connections that exist between fathers and their children, we tasked both Jason and his son with interviewing each other. Read the exclusive father-son exchange below. Photography by Jason Peterson and daughter Felix Peterson (aged 16). 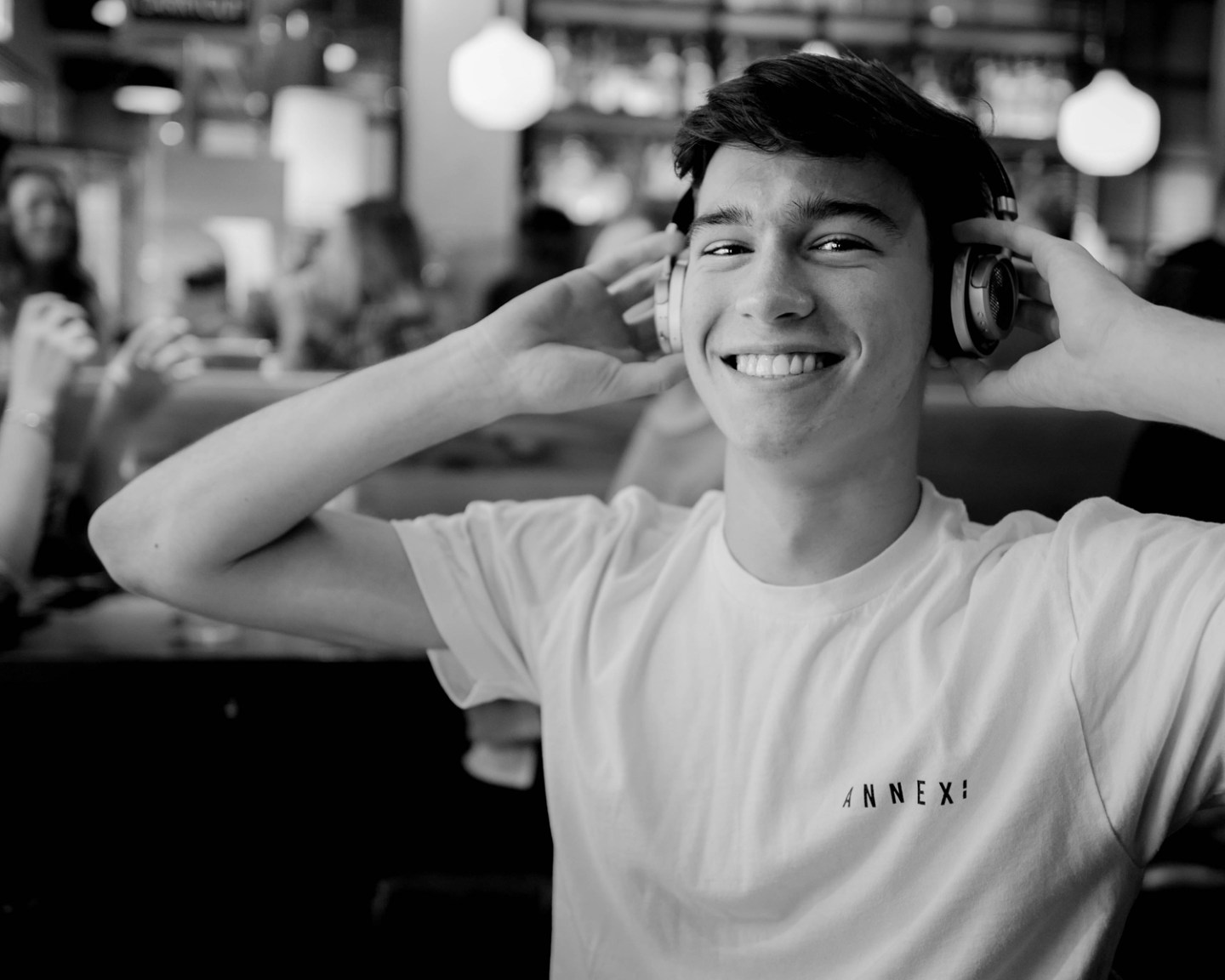 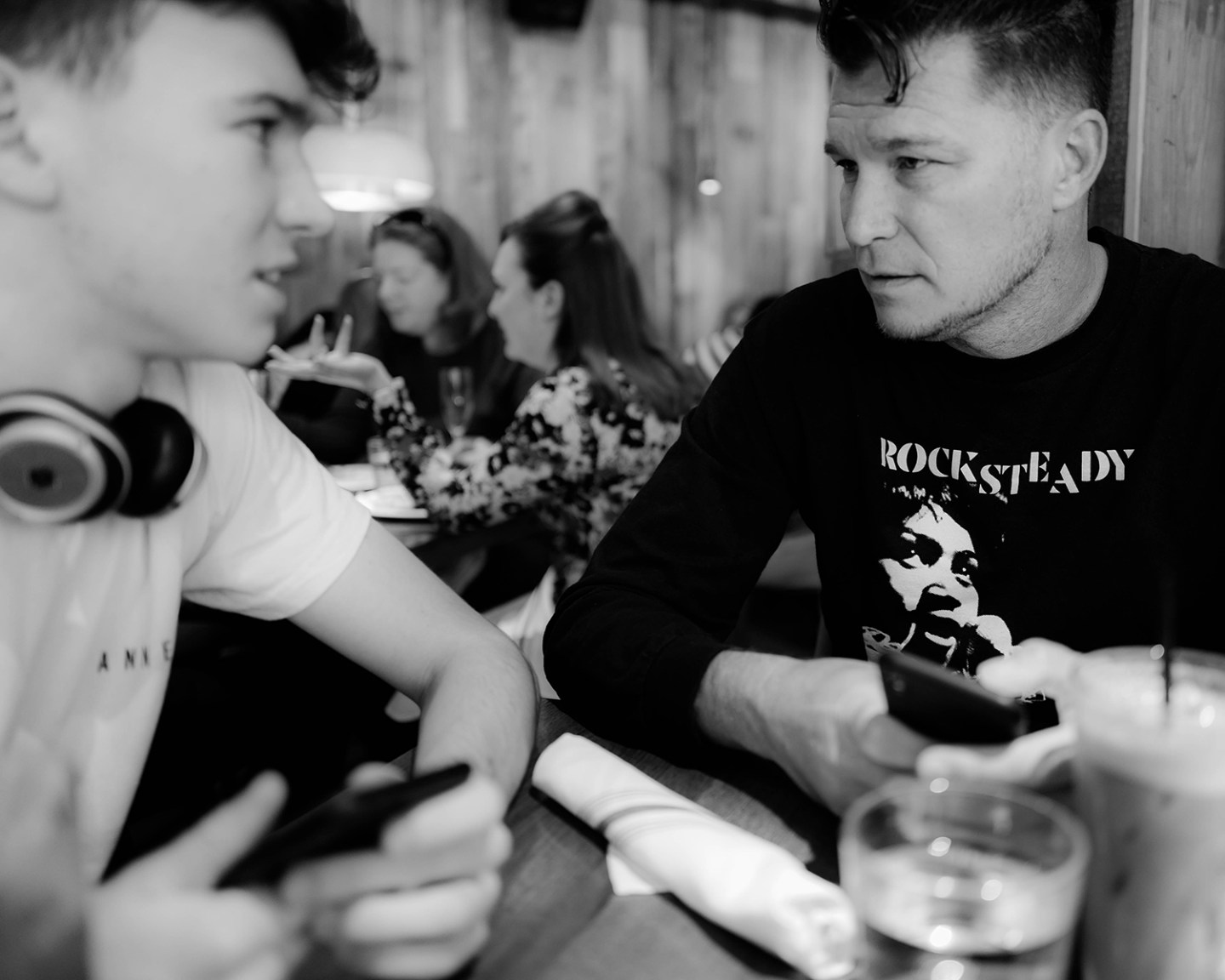 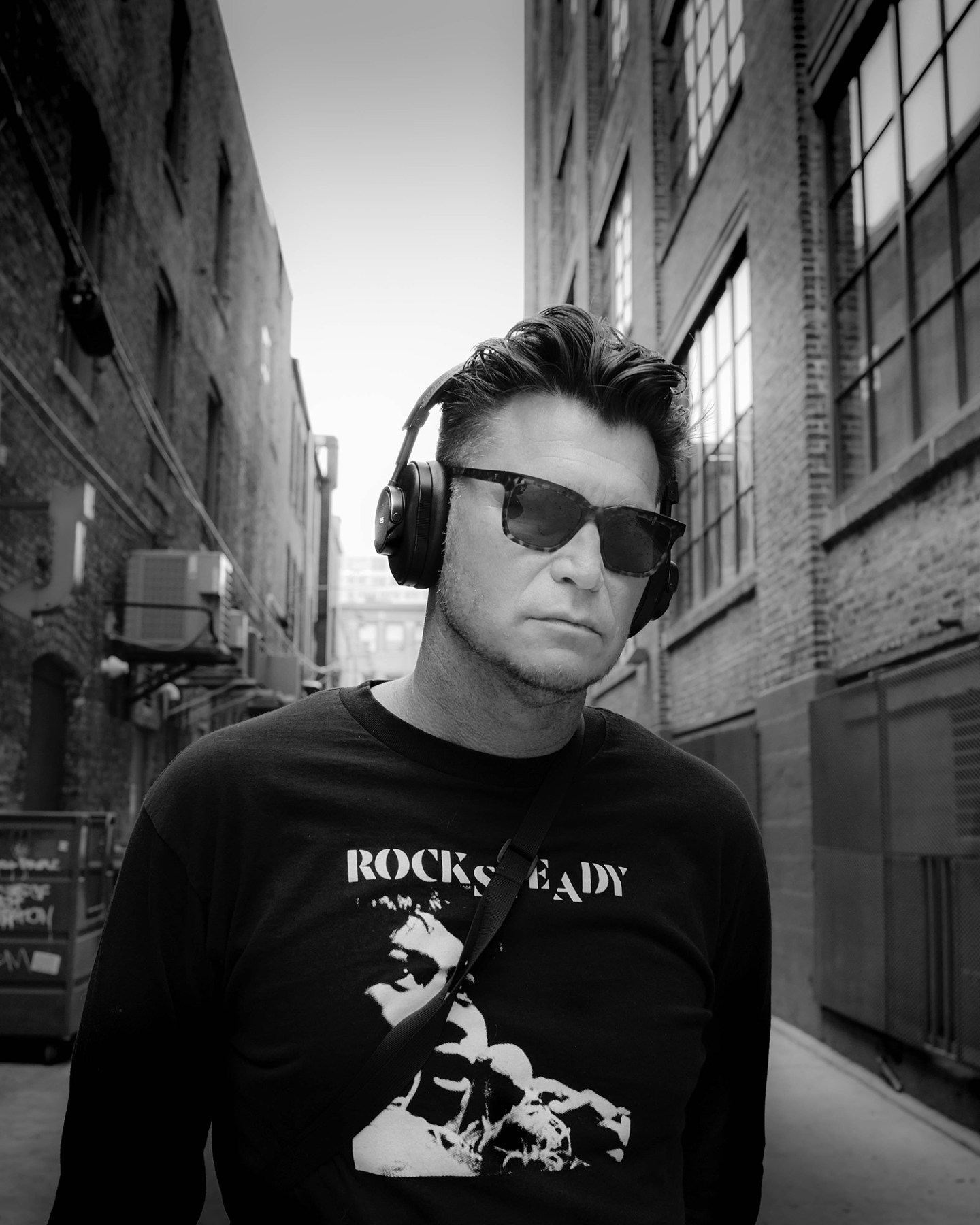 Desiigner Performs at the Chicago Emporium 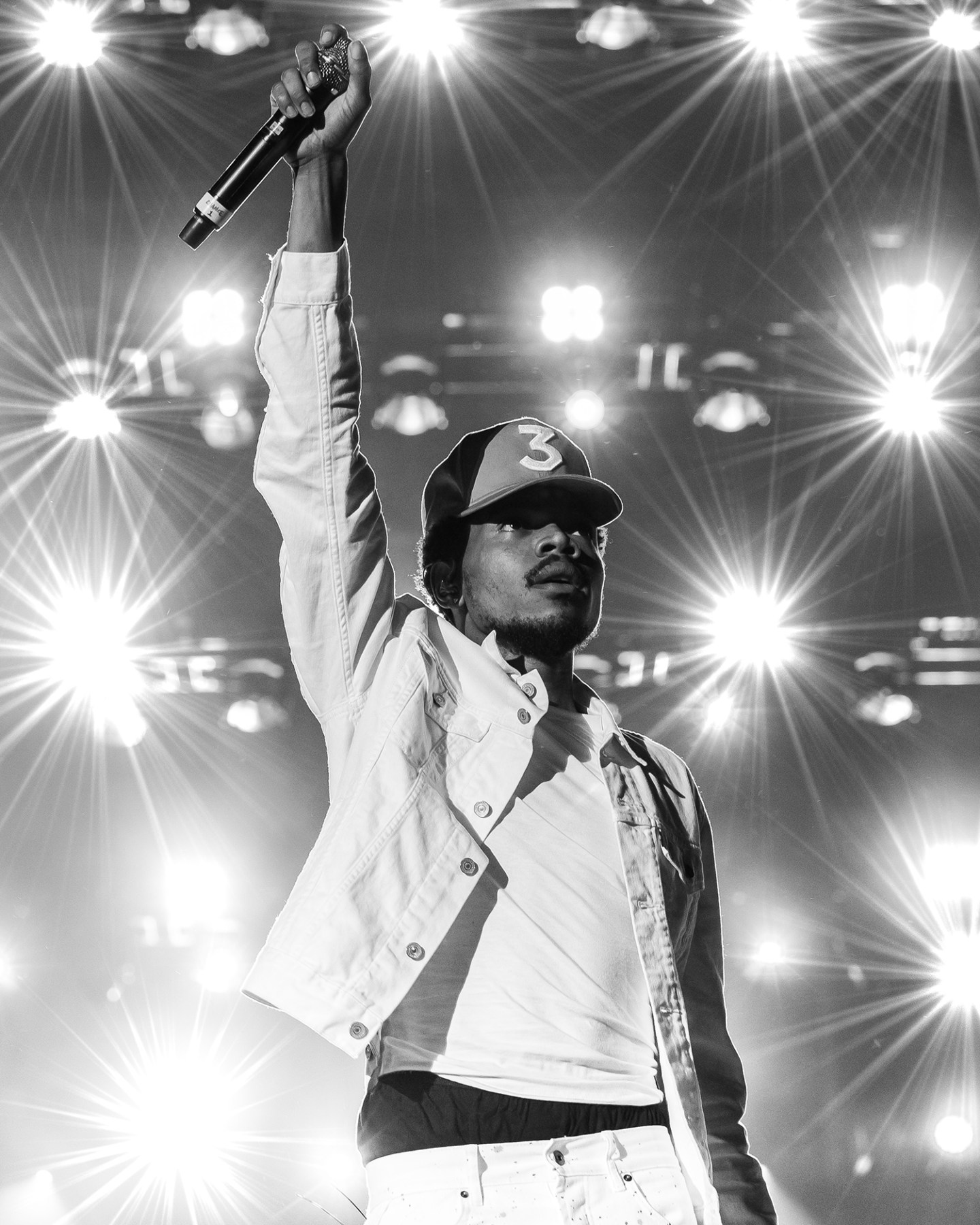 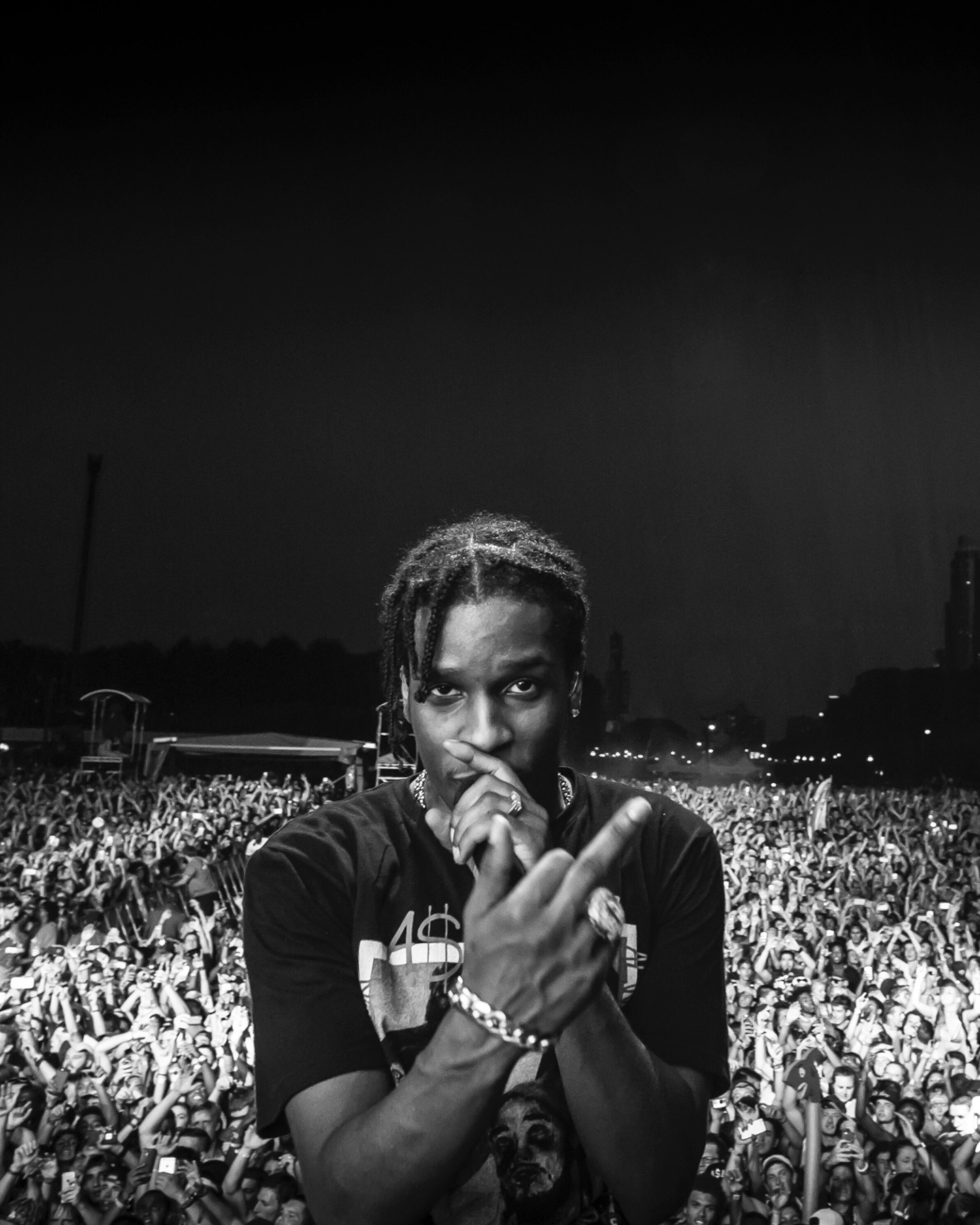 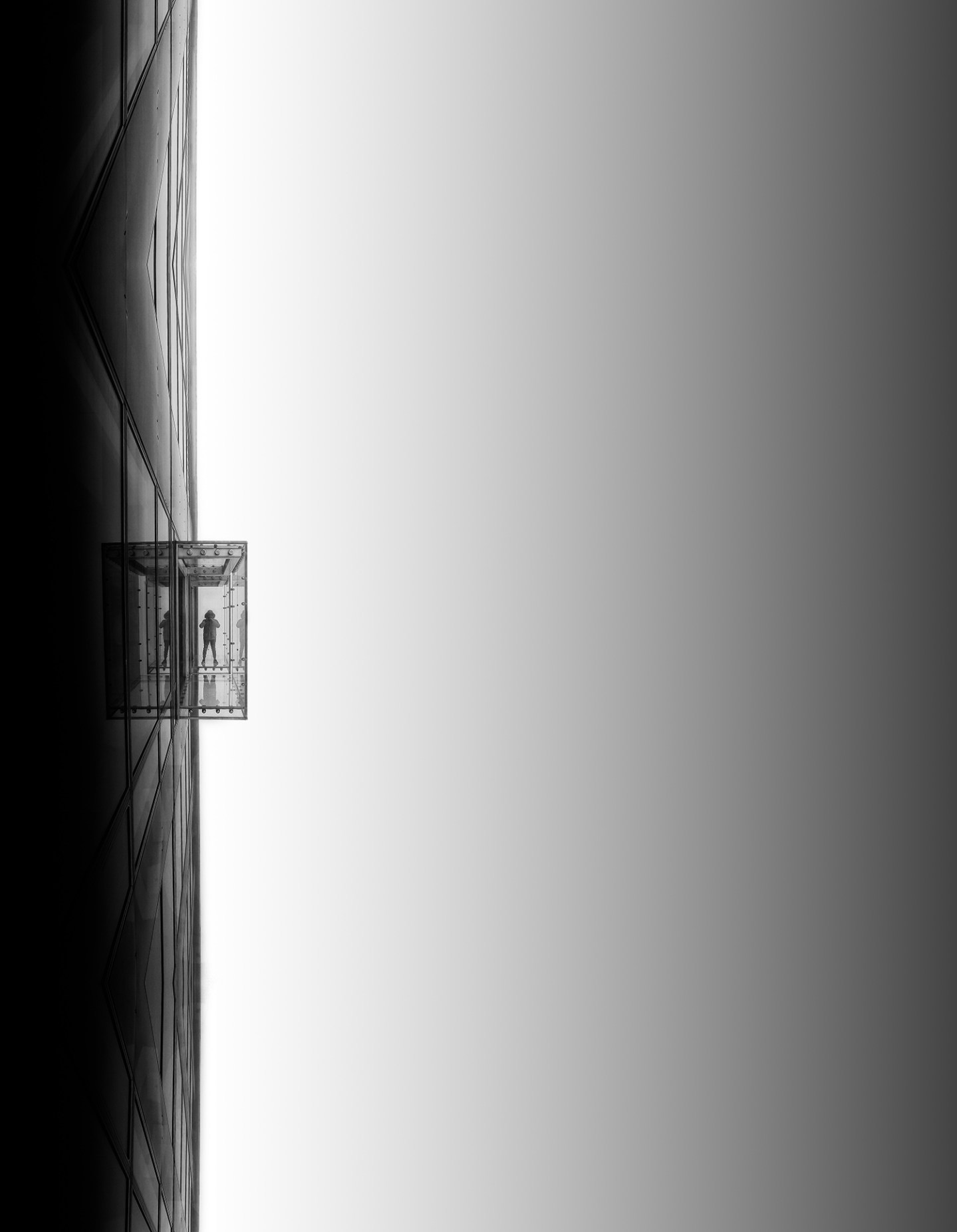 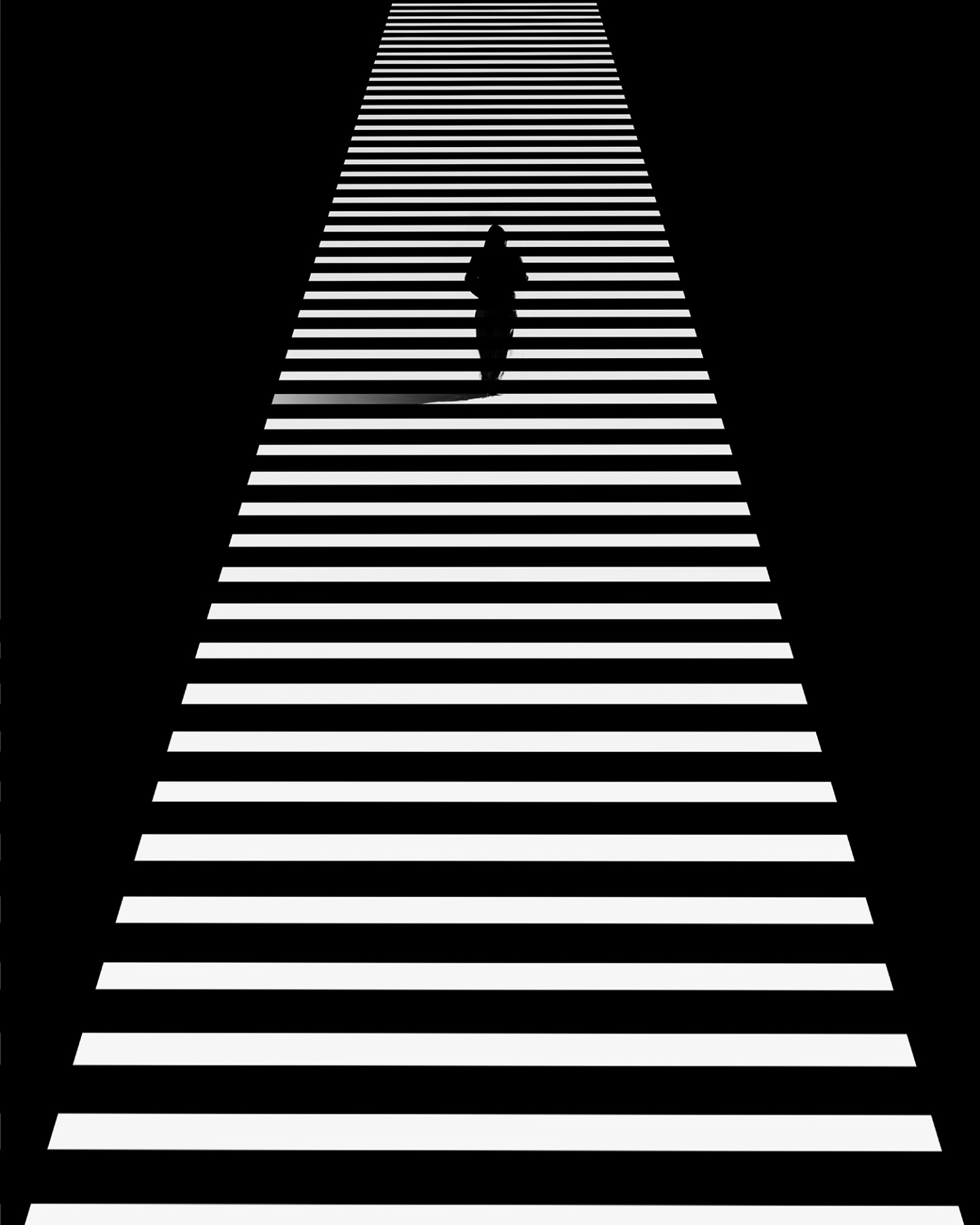 A Chicago Crosswalk shot for Hope For The Day 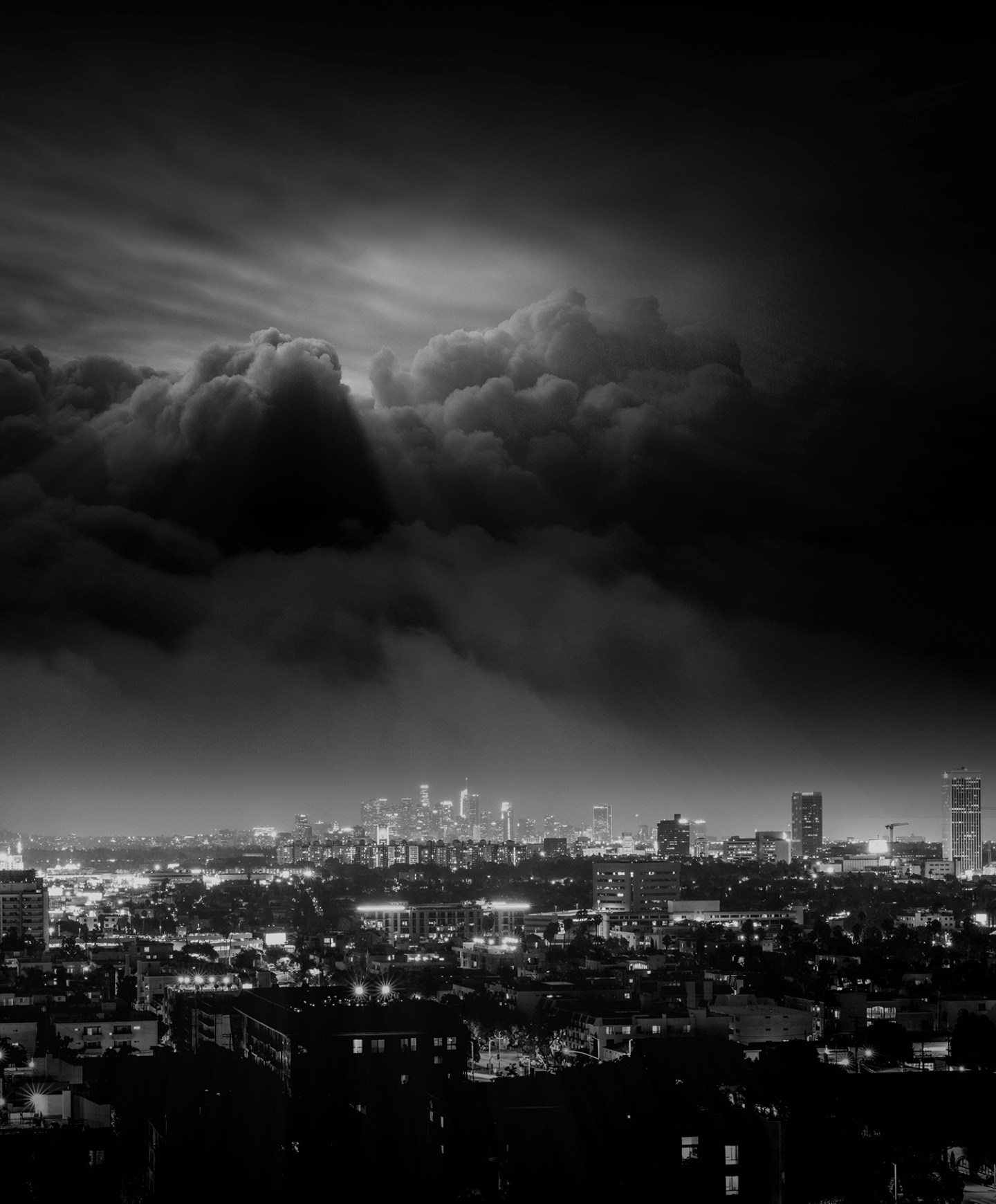 When did you go to your first concert?

Jason (father) : Damn! A long time ago, I think it was the Stray Cats in 1983 with my older sister. I started going to see lots of live music right after that at a pretty young age.

When do you listen to music?

F: I usually listen to music in the car and when I’m walking around the city. My friends and I all love to listen to music and someone is usually playing on a speaker no matter what we’re doing.

J: Always, but my favorite time is walking about the city. The right music makes city life into a music video.

F: I’m probably going to guess this wrong because I know it has to be some Punk Rock band I barely listen to but I’d guess (your favorite artist is) maybe Black Flag.

J: I would guess Kanye, All of the Lights? When you were really young it was definitely Beastie Boys No Sleep Til Brooklyn… that was the road trip anthem!

Your most memorable concert was…

F: Chance’s at Lolla, the set was pretty unreal and he just ran the show and controlled the crowd. Especially since he’s so invested in Chicago seeing him up there and seeing how crazy everyone was going was pretty unreal.

J: My favorite concert was when I was about your (Ford’s) age. The Bad Brains in 1986 in Phoenix. It was the most real and intense thing I had ever seen.

How does music influence your creativity?

F: Before about probably 2 years ago I hadn’t put any thought towards how music and sounds are made and now being pretty in to it I’m so amazed by the whole process of it. Music is an amazing thing because it gets the listener to step away from the moment and to focus on what the artist is trying to tell them. Listening to artists push the boundaries of what “good music” sounds like is awesome and it pushes my creativity and encourages me to be different.

J: I shoot my best photos listening to music for sure. That’s why most of my photos are titled after the song I was listening to at the time I shot it.

What types of music do you listen to while working/studying?

F: I appreciate all types of music though 90% of the time I’m listening to rap. Definitely while I’m studying I take a 180 and I’ll listen to some classic stuff or just chill music to help me focus.

J: I love listening to a really dark singer/songwriter like Elliott Smith or Palace. When I am shooting photos I really want people to feel the images, and I find sad music helps me do that.

F: I’m inspired by seeing people reach their goals. I mean that’s what everyone wants to do right. Seeing someone get to the goal they’ve been working towards whether it be financially, mentally, physically or whatever it’s super inspiring seeing someone achieve and pushes me to do the same.

J: My son and daughter.