Fashion Illustration: The Art Of Communication

Fashion illustration, for centuries the sole means of fashion communication, has taken on a reduced role with the advent of photography, and more recently, smart phones. But from professional illustrators doing commission-based work to artists who illustrate entirely for their own enjoyment, you only need to pull up Instagram to see that fashion illustration is still alive and thriving.

We spoke to two such illustrators during New York Fashion Week to find out about their processes, preferences, and what fashion illustration means to them.

“It is a niche area,” says Richard Kilroy. The London-based illustrator, editor, and teacher has a number of fashion illustration credits under his belt, going back to when he was still in university. “Richard Mortimer, who used to run Ponystep Magazine, found my work on MySpace,” he says with a laugh. “He gave me a chance and introduced me to people and it just went from there, really.”

Lauren Tamaki, a Canadian-born, New York-based illustrator, also credits social media with helping her career grow. She went to school for fashion design, graphic design, and illustration, then worked for three years as a graphic designer and art director before becoming a full-time freelance illustrator. “It was marketing myself and making sure people knew who I was, [but also] Instagram. I’m surprised at the number of people who’ve reached out because they’ve seen my Instagram.”

As is clear from her Instagram, Tamaki’s work spans a number of subjects, from fashion to portraits to editorial illustrations, while Kilroy has taken his niche role even further by focusing his work mainly on men and menswear. “About ninety, ninety-five percent [of my fashion illustrations] are menswear,” says Kilroy. “I always get told I should do more [womenswear], because that’s where the money is, but that’s not where my interests lie.”

When we ask why, Kilroy responds, “I find more inspiration in the shapes of men. They’ve got more detail, in a way: their knuckles are more pronounced, their Adam’s apples. Usually guys have bigger ears and more pronounced noses. Women are kind of gentler and rounder, and I’m not into those kinds of lines and shapes. With everything I draw, it always comes back to the figure of men.”

So what about all the runway work we see on her Instagram?

“When I draw the shows every season, it’s kind of the only thing I do for myself,” Tamaki says, a smile in her voice. “I’ve always loved fashion and costume and the theater of a runway show. So that’s why I do it.”

Tamaki also draws the styles she gravitates towards. “I love clothes. My favorite designer is Rachel Comey. She makes stuff that I can’t not have. In her new show she has this fringed white skirt with this casual sweatshirt on top, and I’m like, this is the best look ever. And then with those geometric earrings? Forget it.” She laughs.

Tamaki tells us that most of the fashion illustrations she is commissioned to do have more of an editorial spin. “A good example would be a Women’s Wear Daily job I got where they said, ‘We love your fashion drawings, but we want them to be reading magazines while they’re walking.’ Or recently I did one for them of an older man who was looking down at these sneakers he wasn’t sure about it. So when it comes to the commission work, it’s ‘fashion and’.”

Does Kilroy draw the styles he himself wears? we want to know.

“You always get a common ground in terms of your own clothing and then redraw generally what you’re interested in,” he says. “I hate tailoring; I’d never be caught dead in a suit. I can’t stand drawing suits. It’s just the most boring, insipid thing to draw. There’s some stuff I would love to draw and I would never wear, because I’m thirty-two; I maybe can’t get away with it. And then also, I don’t have a bank balance that will accommodate some of the pieces.”

As we’re an audio company, we had to ask each of them: what do you listen to when you work?

“I always have to put music on to start work to,” Kilroy says. “It’s not so much [that I’m] inspired by the music; it’s a background noise thing. I usually revert to music from my teens, because I know it inside out, and that way I don’t actually concentrate much.”

Tamaki also needs background noise, but of a different nature. “I actually listen to podcasts while I work. I need something on at all times. I can’t work in silence. Either podcasts or a show or a movie. I don’t even pay attention to it most of the time.”

“There’s only so much you can control when it comes to this sort of thing,” says Tamaki. “It’s about getting in people’s faces, making sure people know what you’re about, what your art’s about, promoting the crap out of it, and being nice. And that’s a really big one. There’s no way I would be where I am without the incredible people I’ve come across, and if you’re an asshole, no one will want to work with you.”

Tamaki also credits flexibility and adaptability with her success. “There’s no one way to get anywhere. If you’re inflexible about it, you’re going to be disappointed. I didn’t think [my path] would be my path, but I just took the opportunities when they came up.”

Adds Kilroy, “I’ve been illustrating for seven years since graduating, and this last year particularly, I’ve been changing my style a bit. Don’t ever get stuck in the same thing. You’ll have a natural evolution of your style, and that’s a good thing.”

And finally, we want to know: what advice would each of them give to aspiring illustrators?

“Don’t let somebody tell you you’re bad at drawing,” says Kilroy. “There are some illustrators out there who went through [school] being told they couldn’t illustrate. I got rejected from two universities saying they would never pick me for illustration. And just know your area. I’m so passionate about fashion illustrations; I used to obsessively document and download everything by everyone. Like any industry, you need to know where you sit within it.” 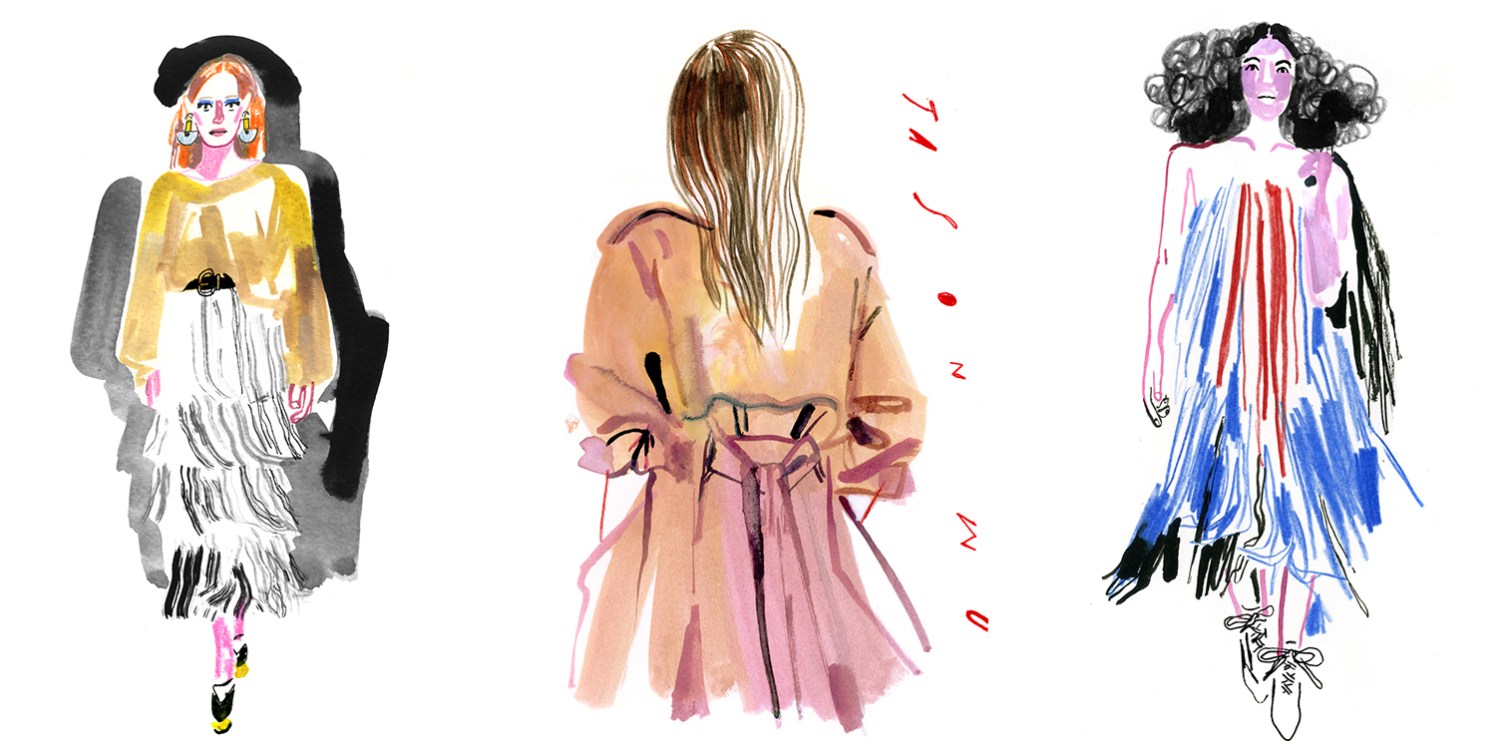 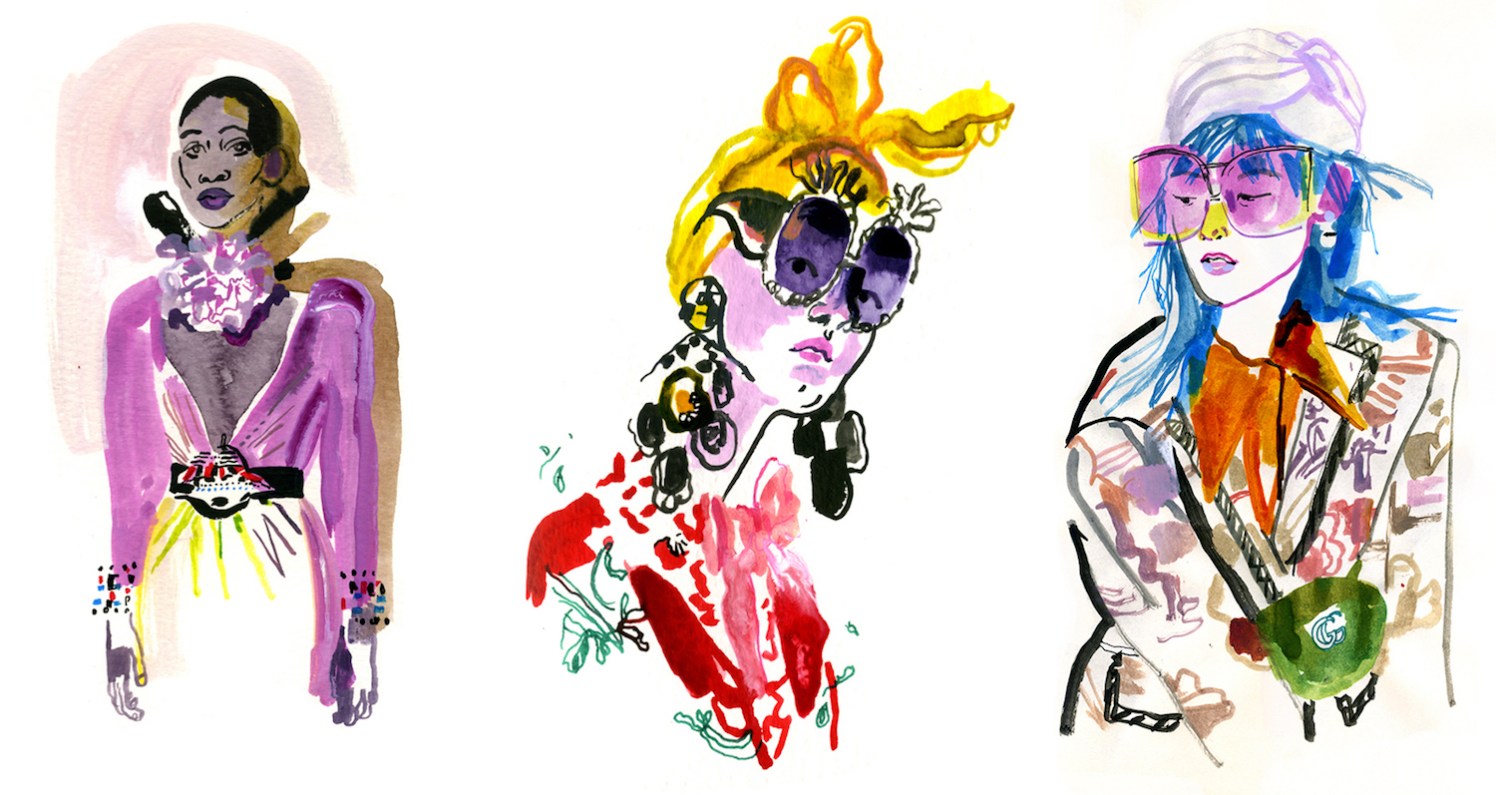