DJ mOma is a Sudanese-born, New York-based DJ and cofounder of the daytime party Everyday People, a moving party that celebrates African diaspora. We had the chance to sit down with mOma and talk about his origins as a DJ, Everyday People, the music he’s into now, and how important music is to his entire family.

How did you get your start as a DJ?

Back in the day, there was a lot of music you could only acquire on vinyl. So at first, I was just collecting vinyl for my own listening purposes. And then ultimately I had enough records that a friend of mine was like, “You really should come and DJ with us.” I said, “Man, I’m just a basement DJ,” but he convinced me. I rehearsed like my life depended on it, and played a great set. It was so good that somebody who was there gave me a residency, which I was totally unprepared for, but I took it and I learned on the job. That was 14 years ago.

What kind of music did you play at the beginning?

It was a lot of rare grooves: funk, soul, jazz infusion from the mid-seventies. Then it was underground dance music from the UK, genres they called broken beat and 2-step garage. That was the early 2000s. Then once I got the residencies, on a generic Saturday night I had to buy all the hip-hop, the reggae, the dance hall, the house—all the stuff that you need to rock a party in New York.

What do you play now?

I do predominantly traditional dance club music in New York, at least the black music: hip-hop, R&B, reggae, and house. That’s the basis, but then I have other genres that are tangential, [like] Afrobeat and soca, that have been added to the mix.

What’s your favorite place to DJ?

I have a day party called Everyday People; it takes place in various venues in New York City, from all the way uptown, to Brooklyn, to all the spots in between. I really love that party.

How did that get started?

We started it as a brunch party over 5 years ago on the Lower East Side, and it just became really popular. I think people really liked the vibe, and the makeup of the crowd, and the music we played. We always had a live performance element, and my partners in it, Saada [Ahmed] and Roblé [Ali], they’re just really cool. So we crafted something pretty unique, and recently we got written up in the New York Times and Vice, so we’ve been getting some recognition.

Essentially it’s a labor of love; we crafted the type of party we would want to hang out at. And it’s a day party, one of the first of its kind in New York, filled with young creatives; people would just kind of converge there, a lot of creative energy.

Why a day party?

At the time, there were some day parties happening in the Meatpacking, Bagatelle and places like that—champagne brunches. But they were more catered towards a Euro crowd: really loud electro house, outrageous bottle minimums, sparklers. I attended a few, as did Saada, and the concept was appealing; you can party during the day, be done at 8 or 9 PM, get dinner with your friends, and still go to sleep early. And there’s a different energy in the day. People tend to behave a lot more.

What do you listen to when you’re not playing for a crowd?

My tastes evolve. What I’m really into right now is South African house music. There’s a tremendous movement down there, a soulful music scene, which has gotten a lot of recognition already internationally. Then there’s also an underground inner city dance music that they call Gqom. There’s a lot of dope, soulful dance music coming out of Angola. Obviously Nigeria has a lot of Afrobeats. I’ve actually been going to Africa for gigs almost every 3 months these days. I just came back from Johannesburg last week. A month before that I was in Lagos. Earlier this year I was in Zanzibar and Senegal. So it’s a whole other market that I’m trying to explore out there, and every time I go out there I’m just digging for new music.

You have siblings in the music industry as well. Can you tell us about that?

I started DJing first. Then my brother Ibrahim was in college with J. Cole, and they kind of started his whole career, so now Ibrahim is J. Cole’s business partner and the president of the record label Dreamville. They’re hugely successful.

A few years after that, my youngest brother Abbas started rapping, and he was really good. So Ibrahim tried to get him signed, but he shopped him around without revealing he was his brother. Because there’d be an obvious bias there. But now he’s signed to Dreamville and Interscope. He goes by Bas. He has 2 albums under his belt now, he’s touring with J. Cole, and he’s working on a third album.

How much do you all work together?

The way we collaborate is pretty organic and spontaneous. They’ll be like, “Mo, we’re on tour, we’re hitting New York, we need an after party for the whole crew.” I make that happen. Or I’m like, “Hey guys, I’m coming to LA, who’s available to perform?” and they’ll line something up. Or sometimes I’ll get in the studio with them and I’ll listen to music, I’ll say you should switch this, I’ll help them program the sequencing for the album. Eventually I’ll want to spend more time in the studio making music with them, but I’ve just been so busy DJing and they’re out in LA. I need to carve out more time to make music.

So do you think music is in your genes?

Our parents are from Sudan. My mother’s side of the family is just hugely musical; my uncle is one of the most famous Sudanese folklore lute players. So there were always a lot of impromptu jam sessions when we’d go on vacation to Sudan. My mother and her family [would] get together, [and] all they did was sing and clap and beat the drums. So I think it comes from [them].

Anything else you want to tell us about DJing?

I mean, it’s fun; it beats a day job. I was an electrical engineer for over 10 years, and I was working and DJing, doing both. Then 4 years ago, I just picked a street. And yeah, it was a great decision. I don’t regret it. 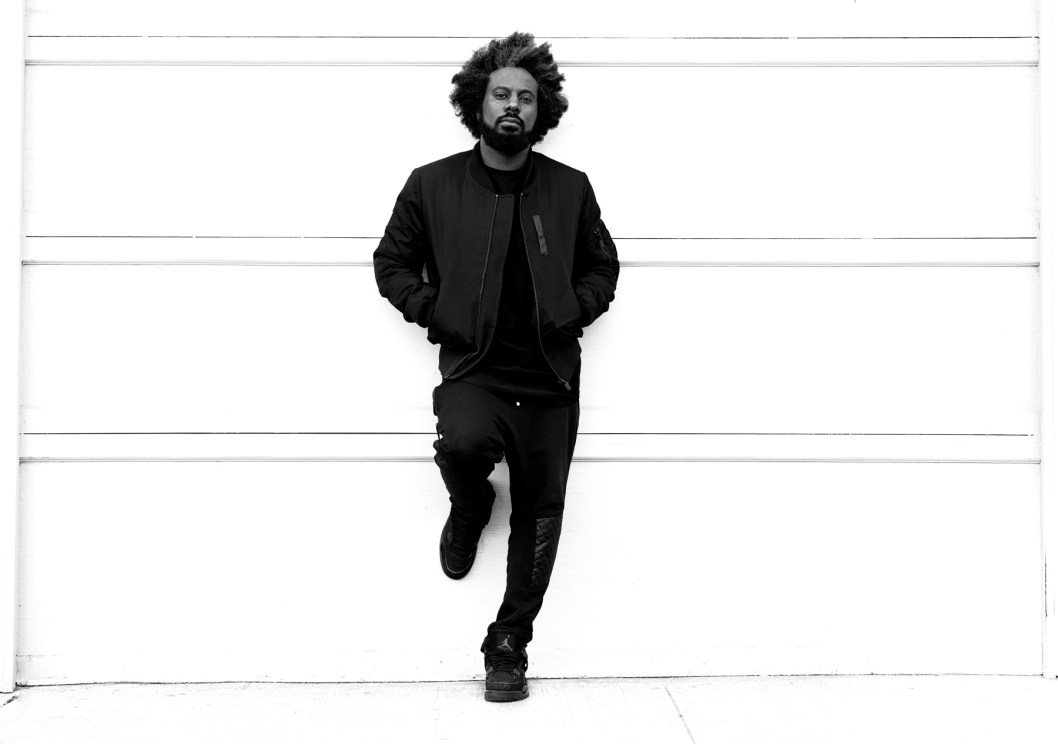 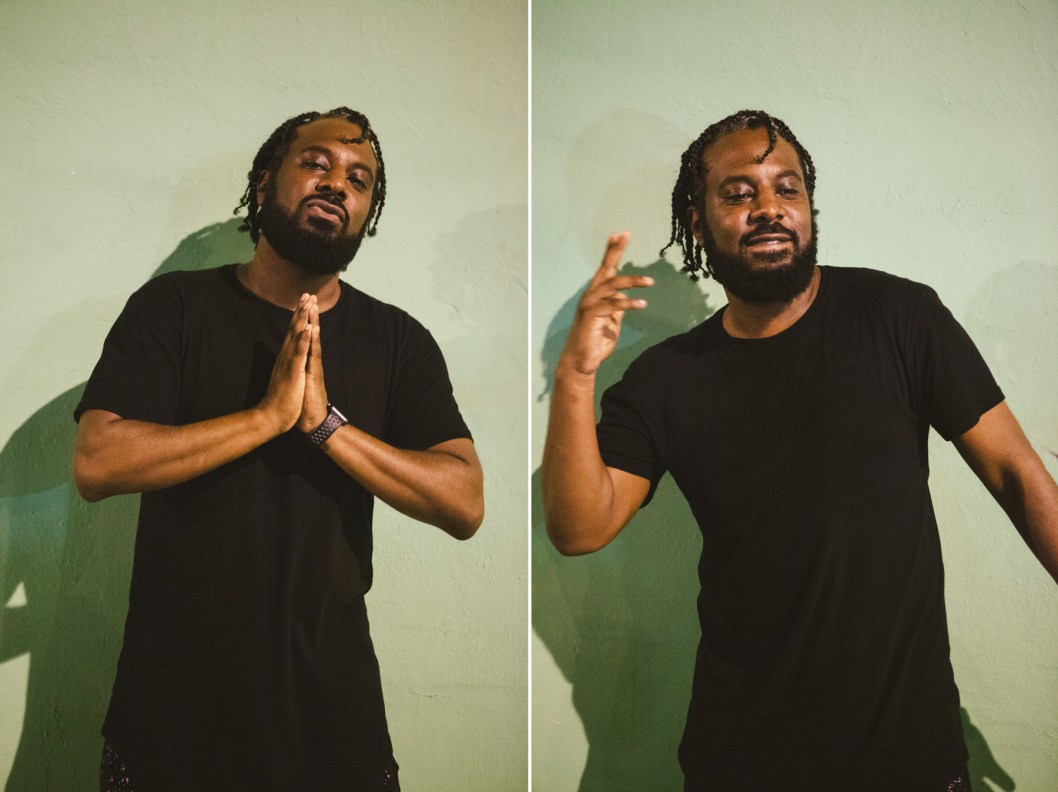