Equal parts ‘80s nostalgia and sci-fi thriller, the first season of Netflix’s Stranger Things was the runaway hit no one expected. This was thanks in large part to the incredible team of artists working behind the scenes to bring the town of Hawkins, Indiana and its inhabitants (human and otherwise) to life.

One such creative, Amy L. Forsythe, is currently Makeup Department Head on the production. Her credits include independent films such as A Ghost Story (2017) as well as larger projects like Amazon’s Mozart in the Jungle.

Days before the premier of the highly anticipated second season, we spoke to Amy about unexpectedly becoming part of a pop-culture phenomenon, her favorite music to work to, and what really goes on in the Stranger Things hair and makeup trailer (spoiler alert: it’s exactly what you’d expect, but better.) 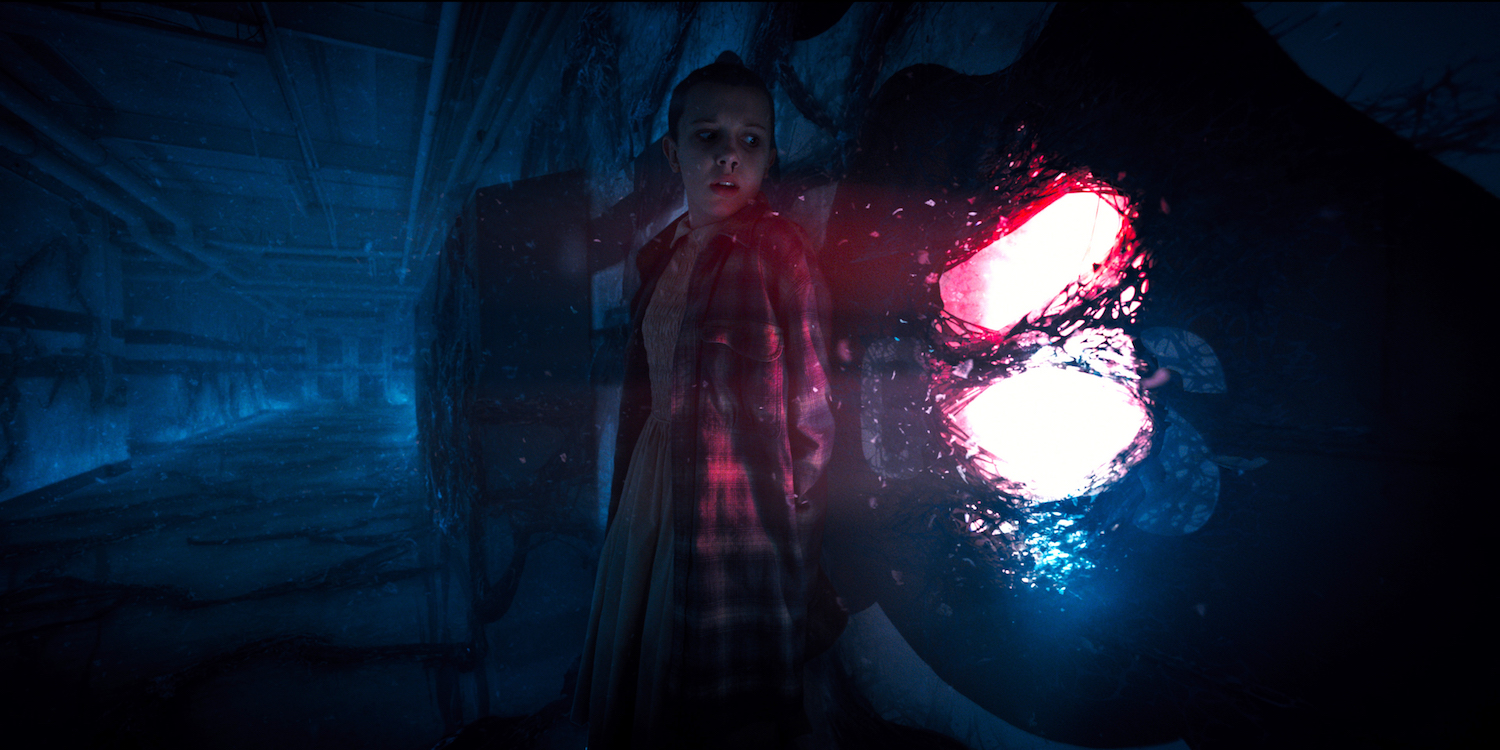 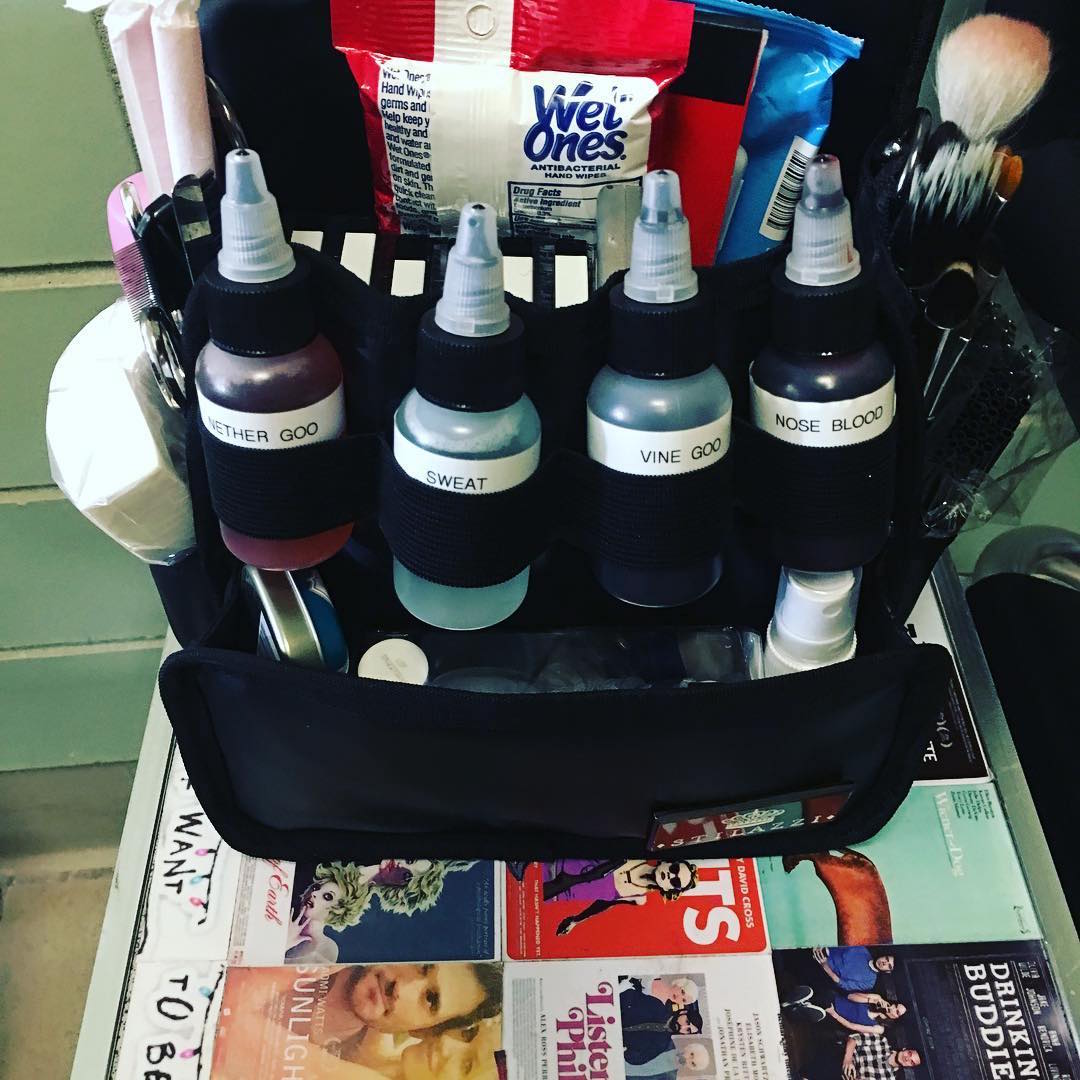 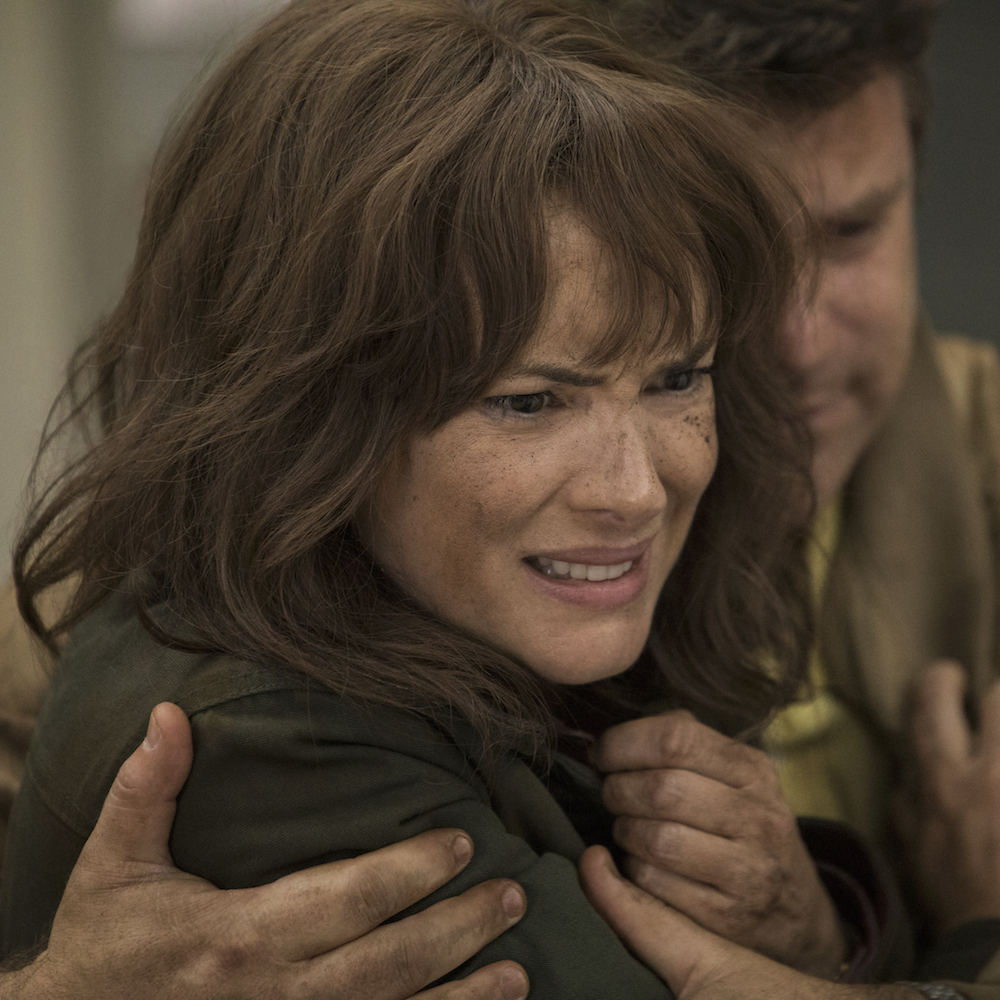 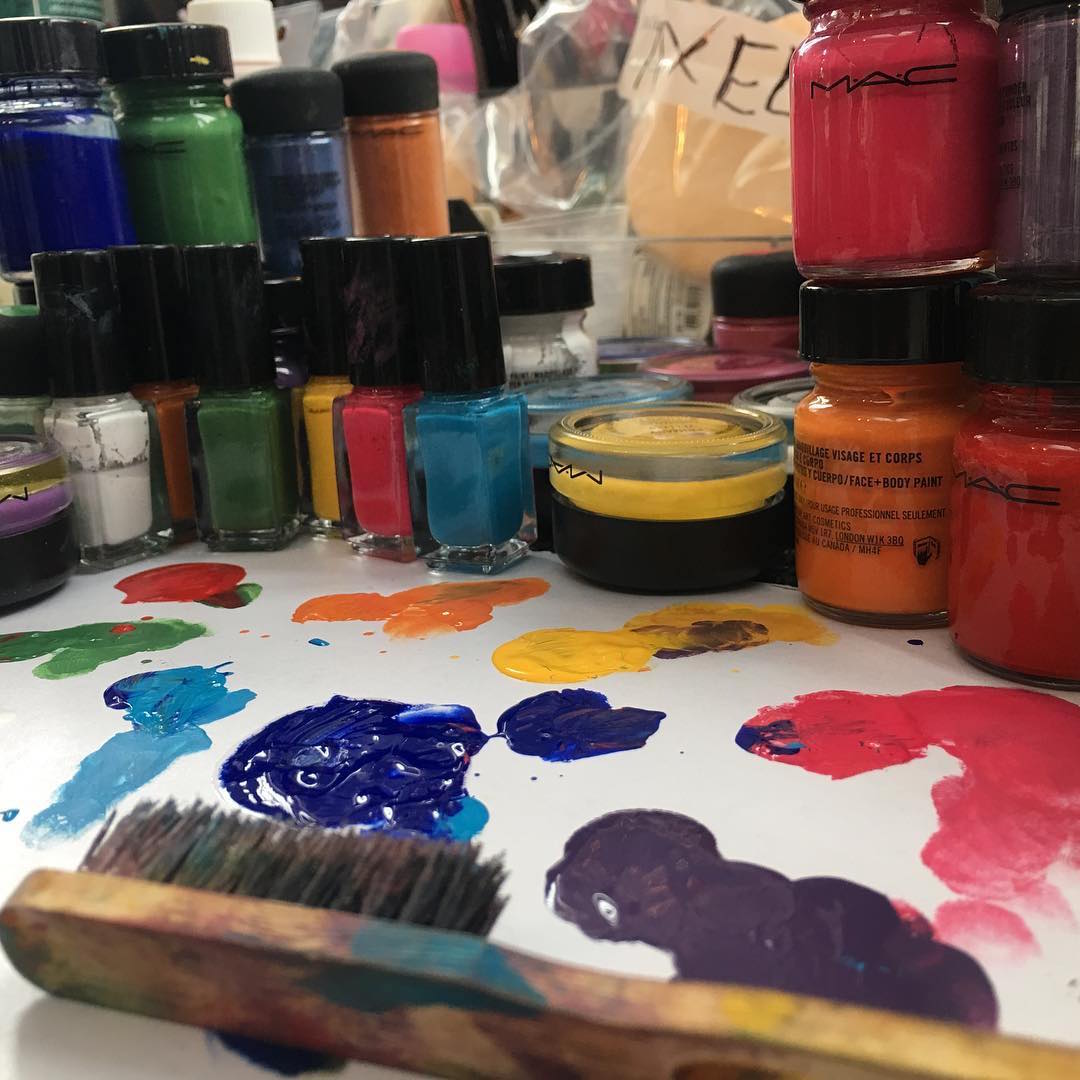 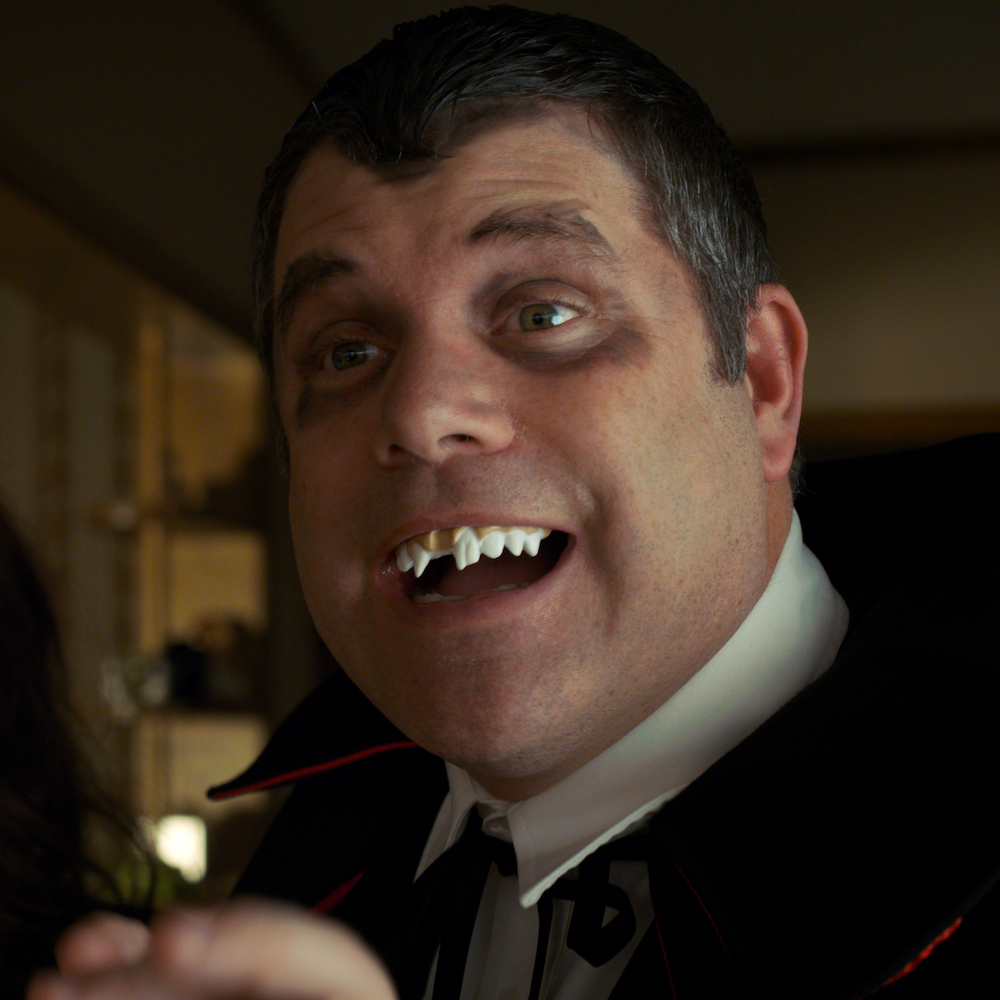 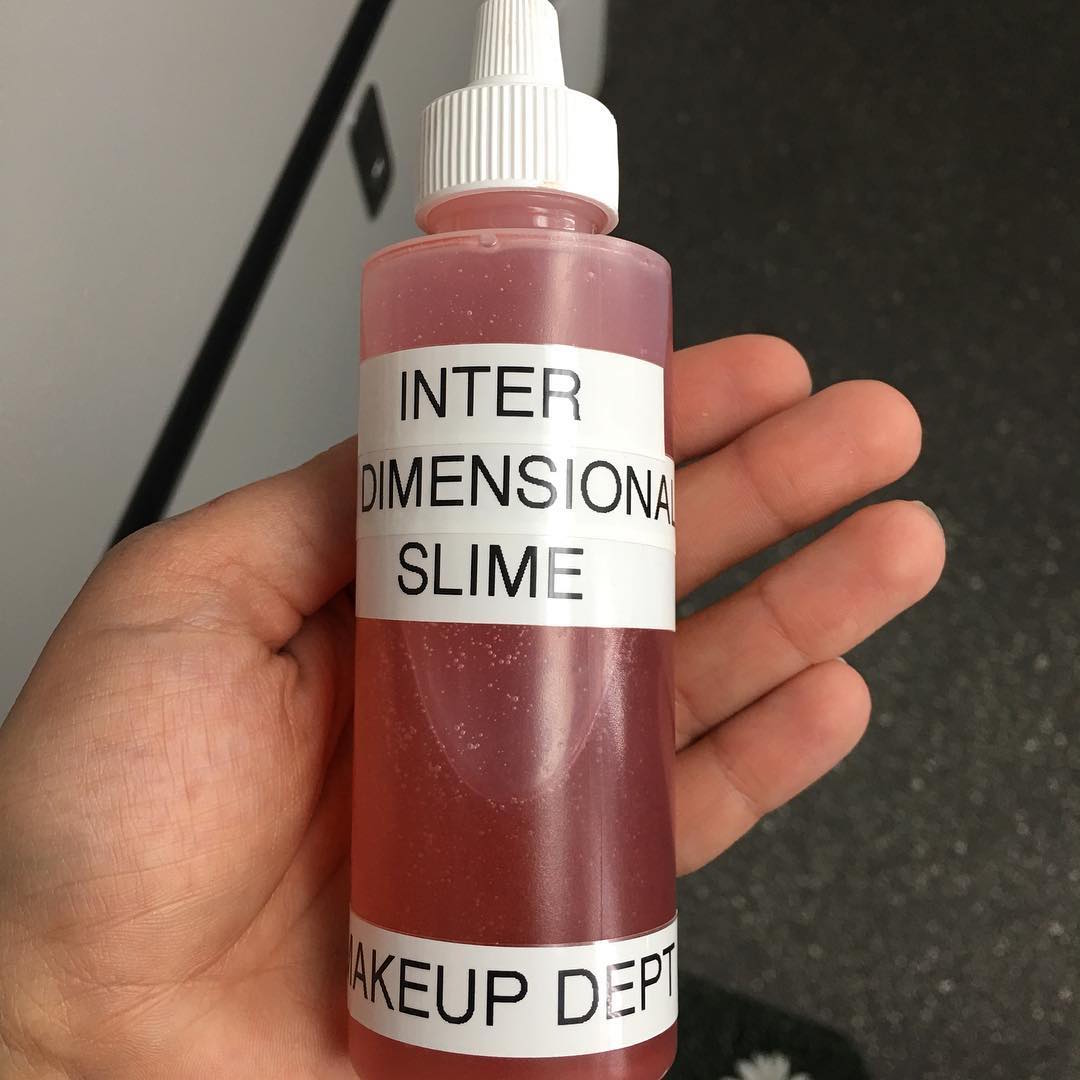 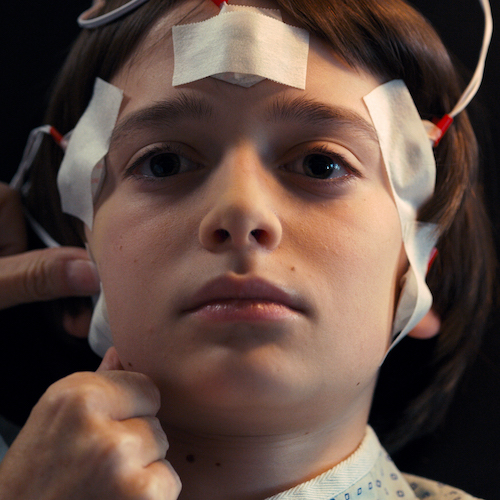 How did you first realize that stage and film makeup is what you wanted to do?

I chose theater as a segue into some kind of art form because I used to be a dancer. Somebody came down from Broadway and showed me how to do beard and wig changes backstage for a Hamlet performance. I had no idea it was a job. My mind was blown, a lightbulb went off and I was like, okay, that’s what I want to do. I graduated [college] and went to hair school. Then I went to Hollywood and I learned special effects [makeup]. I’m super thankful that person came down and showed me a couple things, otherwise who knows where I’d be!

Tell us about what you do on Stranger Things.

I’m Makeup Department Head for the second season of Stranger Things, which means that I’m hired to create a look that the director approves and we collaborate on. Basically, I hire the team and we just kind of work our magic and hope that everything we do between the production designer, the costume designer, and the actors, all falls into place.

When you signed on to do the show, did you have any idea it was going to blow up like it did?

None of us did. We all loved the project. Winona [Ryder] initially brought me on as her personal makeup artist. She was only reading her parts because she didn’t want to know anything [her character] wasn’t supposed to know, so I didn’t want to read the scripts either. At the end of season one, they asked me to step in as department head and I finally read all the scripts. I went up to the Duffer [brothers] and I was like “You guys, this is insane!” and they were like, “Oh, you finally read it?!”

When it first came out, we were floored. We were like, “What just happened?!” I had to make a professional Instagram and keep my personal one private because fans were looking through my [Instagram] story looking for spoilers. People have been pretending to be one of the directors on Instagram and asked people questions. It’s pretty crazy what people will do.

What’s your favorite kind of makeup to work on?

To me it’s kind of about the script and about the world you’re creating. The effects and the natural makeup all kind of go together. A natural makeup can be an effect if you’re creating a look for people to believe in that doesn’t already exist—if that makes sense! If you’re altering the talent in any way, to me, if you’re altering the actor in any way, it’s an effect. Just knowing when to use what and how far to go and when to pull it back.

We had to ask: Are you dressing up for Halloween?

You know … I don’t even dress up for Halloween! It’s my birthday week, so I take the week off. I don’t think about makeup. If I have a party, it does tend to be a costume party, but I usually just wear a costume and don’t do the makeup. It’s fun to see other people and help them out with theirs, but as far as a costume for myself I usually keep it pretty simple if I do anything at all.

Do you watch the show on your own for fun?

I usually watch everything once. It depends upon my reaction to it if I can watch it again. I always want to see my work and see if I have room to grow or if the makeup stinks, etc. Some of them I’m looking at the work so much the first time that I want to watch it again [to enjoy it.] I love projects where you try to watch your work and instead you get sucked into the story.

What were some of your favorite film and television projects to work on?

I love indie. I really, really love indie. Some of the bigger things I work on allow me the liberty to take smaller jobs. One of them being A Ghost Story. It’s so beautiful! It was just a bunch of friends who got together in Dallas and worked for free. Everyone was just kind of having some fun for a couple weeks and then it became this big thing.

David Lowery is just brilliant—anything that he does. Alex Ross Perry and I have done three movies together. I’m designing one for him right now that we’re probably going to do in March. [I love] those kinds of projects where you work with people that you already have a language [with], where they let you kind of bring your ideas to the table and then they bring them to life. I’m really thankful for people like them.

What’s it like working on such a big production?

With TV, the turnaround time is quick. You get the script and you need to turn around projects in four days, which is impossible while you’re doing everything else you need to do! That’s why it’s important to have friends in the business who have [special effects] labs. My friend Tom Denier—love him to death—was my go-to for Season Two. It’s fun to be like, “How am I going to accomplish this?!” and then your friends help you make it happen. You’ll see when the season premieres whether that shows!

What kind of music do you listen to on set?

I actually will put on headphones and not play any music sometimes. I need to be around the creative energy, but I also need some quiet. Sometimes I’ll put on The Clash or Hank Williams. In the trailer, I’ll usually ask what the actors want to listen to and we’ll put together a Spotify playlist or something. I keep a speaker in there. It’s great because I hear things I would never have normally heard on my own. I don’t drive or listen to the radio much, so I would never be able to keep current with music, but this helps! Especially what the kids [from Stranger Things] play.

What’s it like working with the Stranger Things kids?

It’s great. We’ve all been able to watch them grow up on screen, which is kind of amazing. They’re a lot of fun to have on set. They’ll have dance parties … a few of them come from Broadway, so there are a lot of sing-alongs!