Originally released in 1971 as a response to police violence and social injustice, Marvin Gaye’s “What’s Going On” remains just as relevant today. In honor of the groundbreaking album’s 50th anniversary, The 10,000 spoke with artists Ne-Yo, Kem, ELHAE, Asiahn and Ethiopia Habtemariam about Marvin Gaye’s legacy and how incredibly pertinent “What’s Going On” is in today’s world.

Ne-Yo: The obligation of the entertainer is simply to entertain. He has no mandatory stand to take politically or otherwise. But Marvin Gaye chose to ask burning questions and address the fact that we were receiving no answers in the best way he knew how, through his God-given talent. I’m inspired by the bravery of this album and the boldness to take a stand even when you’re not obligated to.

Kem: What inspires me most about the What’s Going On album is that it’s as relevant today as it was in 1971. What’s also inspiring is that this album was a labor of love and a testament to staying true to your artistry at all costs.

ELHAE: I think it’s a testament to the type of person Marvin Gaye was. As artists one of the jobs we have is to tell our truths, and you can clearly see in this record he was doing just that. Observing and searching for answers. Aside from that the song is just as relevant today as it was back then.

Asiahn: What Inspires me the most is his outspokenness, his willingness to use his art to shed light on what was going on in his community, in the world. As musicians we have such a power that we yield with the creation of songs. The ability to touch someone through melody and lyric is quite powerful.

Ethiopia: Marvin was able to capture the way everyone was feeling at the time providing a level of empathy and understanding. The way the song came together – the instruments, music, lyrics, his voice – he created a masterpiece that touched everyone and brought people together in a way that, 50 years later, still resonates today. 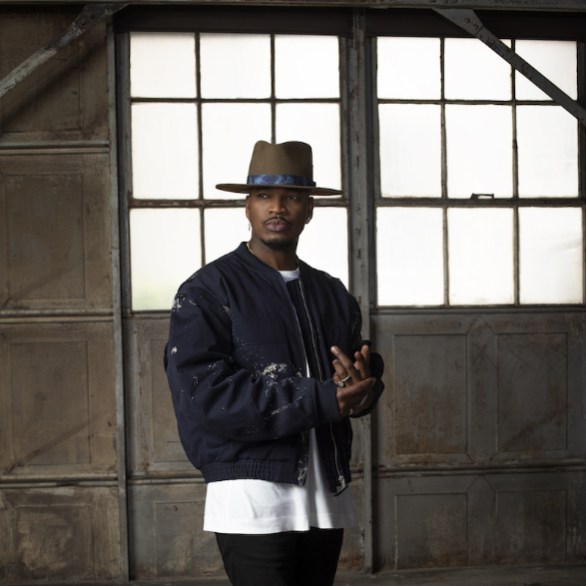 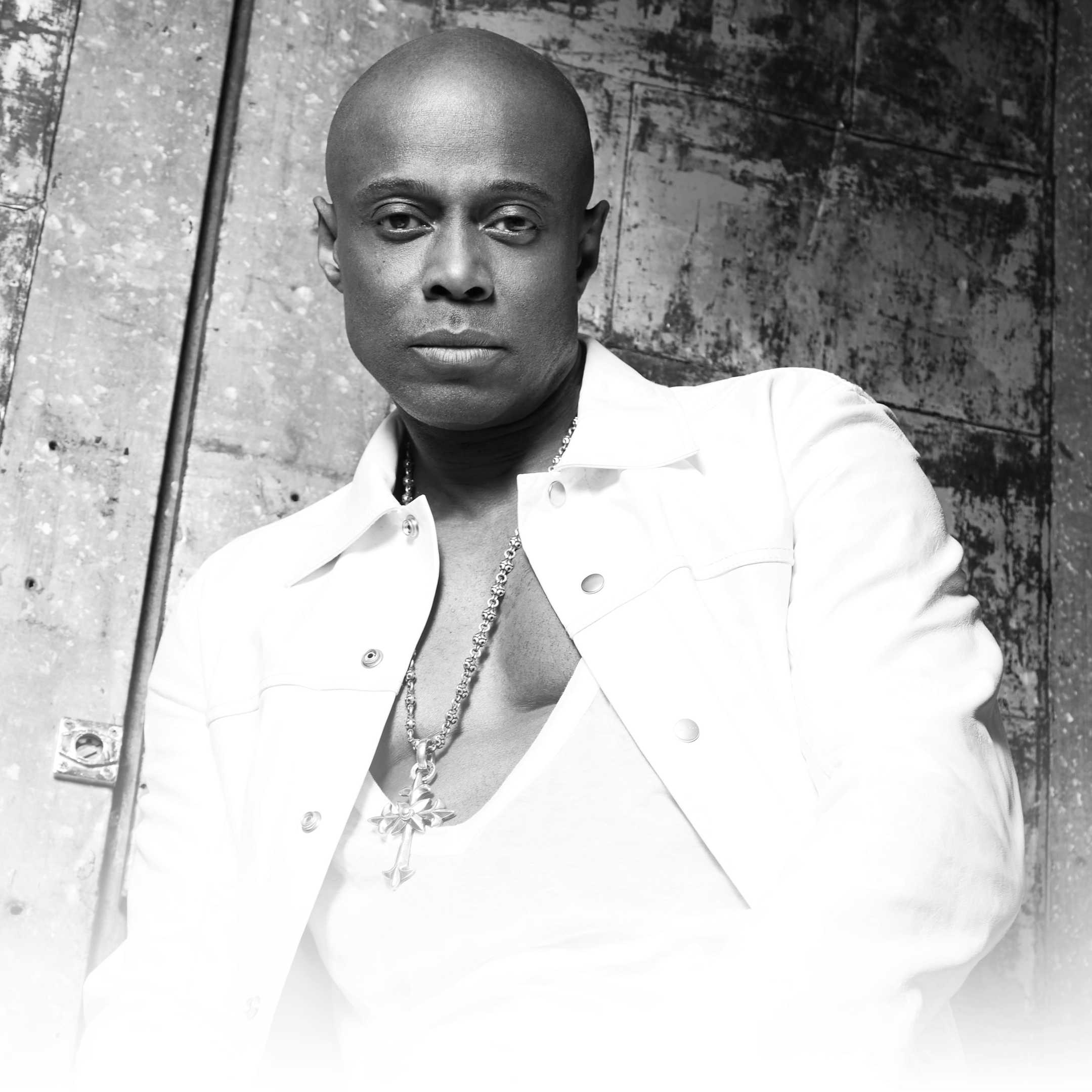 Singer, Songwriter and Producer Kem on the cover of his single “Lie To Me” 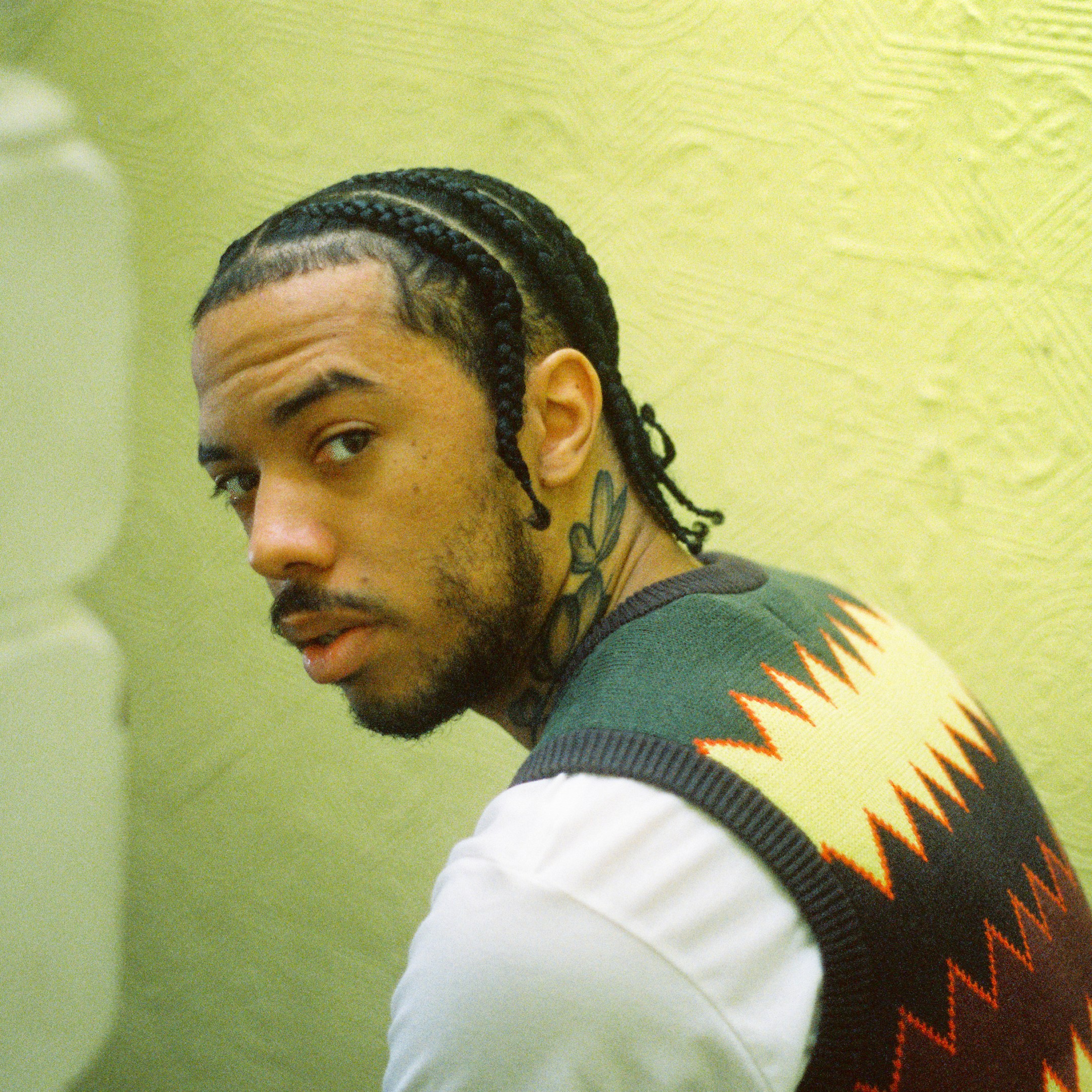 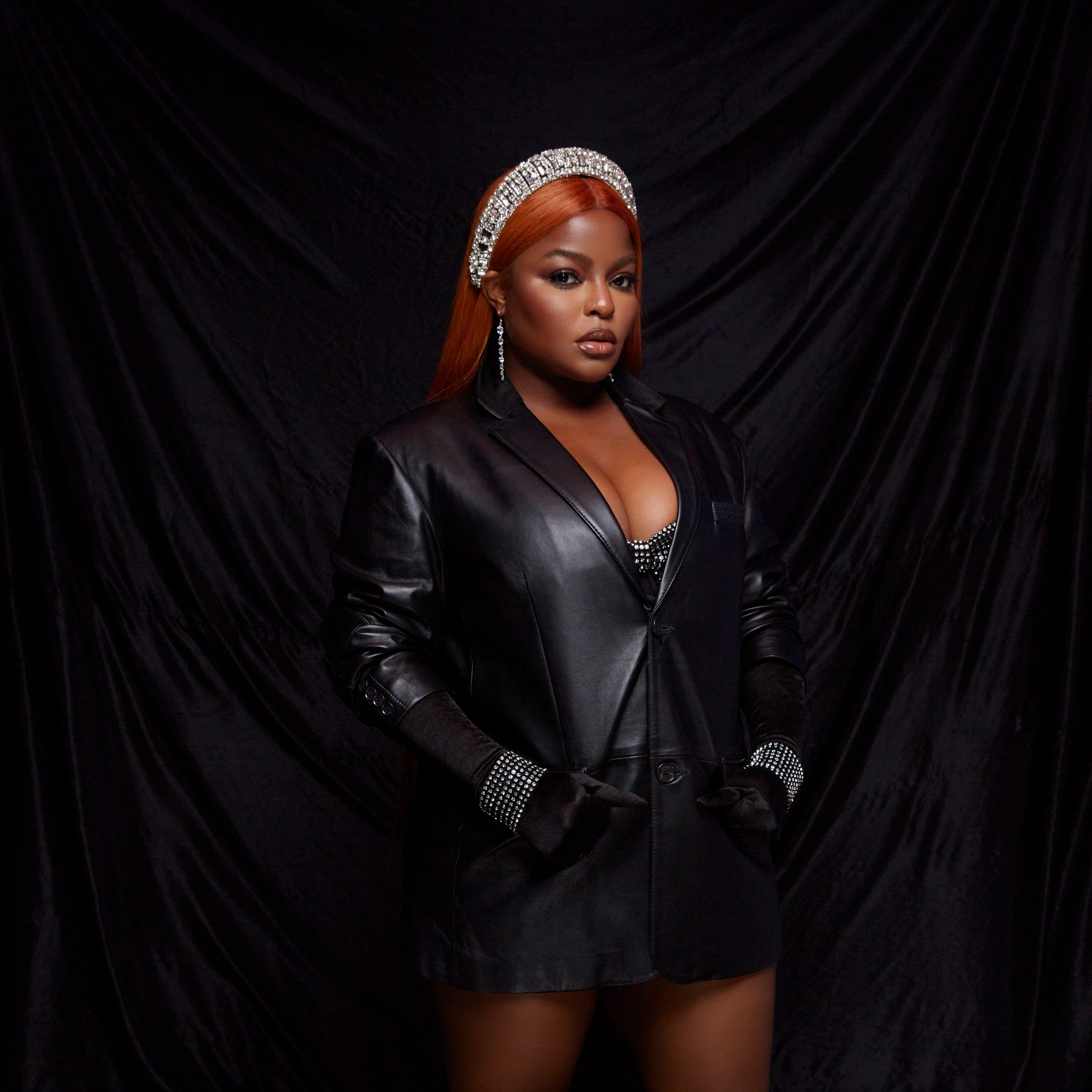 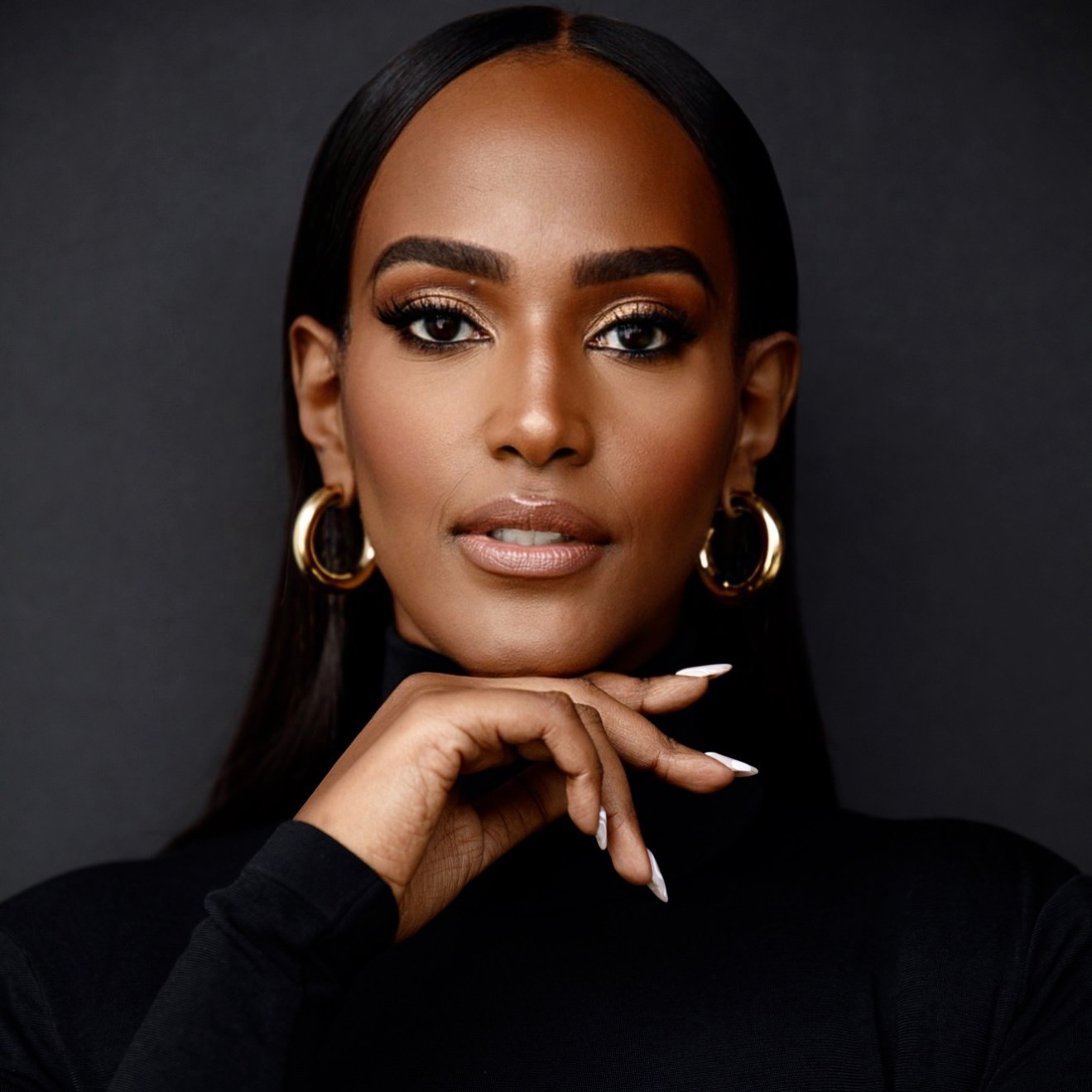 Stylistically, how has Marvin Gaye’s music and songwriting impacted or influenced your own work?

Ne-Yo: I loved how Marvin used his voice almost like an instrument. With little quirks and sounds that you can’t even really give a name to. But all made up his signature sound. I pay homage using some of the techniques I’ve learned listening to him often in my music.

Kem: I can only imagine the depths Marvin had to go within himself to bring forth this masterpiece. Marvin made the art of crooning look effortless. I’ve taken a few pages out of his book over the years. I’ve purposely sought out and worked with arrangers from that era; David Van De Pitte and Paul Riser specifically; to capture the feel and the grandeur of those recordings. Timeless.

ELHAE: The melodies he chose and the arrangements they were constructing back then is something I’m always in awe of when listening. He has timeless records and I can only hope to achieve some of the greatness he displayed while here.

Asiahn: Like him, I tend to take an outspoken approach to my music. I have an unwillingness to hide who I am, what I believe, or how I feel in my music.

Ethiopia: What he did was courageous and honest. He didn’t turn away from what was happening around him but instead became a storyteller that expressed the feelings of that time. For me, the song reminds me that we have a responsibly to use our voices, platforms and influence to continue to make change and create space for understanding.

Are there any particular songs on the album you find yourself listening to time and time again?

Kem: The standout for me on the What’s Going On album is “Inner City Blues.” The melody of the verses. That James Jamerson bass line. Cold blooded. Can’t get enough.

ELHAE: The whole album is phenomenal but “What’s Going On” and “Flyin’ High” are the two I have on my phone currently haha so those two.

Asiahn: It’s “What Going On” for me. It connects with so much of my life as far as things I’ve seen and experienced growing up in today’s society. It’s all still relevant.  It’s a question that we still needs answers to for all the same reasons.

Ethiopia: All of it. But if I had narrow it down I’d say “God is Love”, “Inner City Blues” and “Mercy Mercy Me.”

The key messages in What’s Going On are still relevant, including the challenges of excessive police force and climate change. Is there a particular message you find that speaks most to today’s world and current events?

Ne-Yo: The saddest part of it all is that all these years later, this album could be talking about things happening right now. Same issues, same subjects, same struggles. Sad.

Kem: All of the messages on the What’s Going On album are relevant today. From social justice and the economy to the environment and spirituality, it’s the most holistic album of our time.

ELHAE: I think the whole album is relevant and has shaped the path of many artists today. It’s a classic album that should be studied by artists for generations to come.

Asiahn:  “Mother, Mother, there’s too many of you crying” because there are… I hear this and I think about my father being murdered, I think about my cousins, and friends who have all been taken away from their mothers’ arms far too soon. He sang that line for them. Also the line “You see war is not the answer, For only Love can conquer hate” I mean that one’s pretty self explanatory as well. It reminds us to be strong and not lose ourselves when we’re faced with racism, homophobia, and sexism. Keep giving Love, being Love, living Love.

Ethiopia: I think what he created in this album was not only courageous but generous. Instead of creating something that was about his world he made something that represented the realities of the day and that gave a voice to those who needed it most. I think the message that reeally caring for the next generation and showing love for humanity is courageous.  This album reminds us of what’s important – love, empathy, understanding, compassion and the responsibility we have to make this world a better place for future generations. 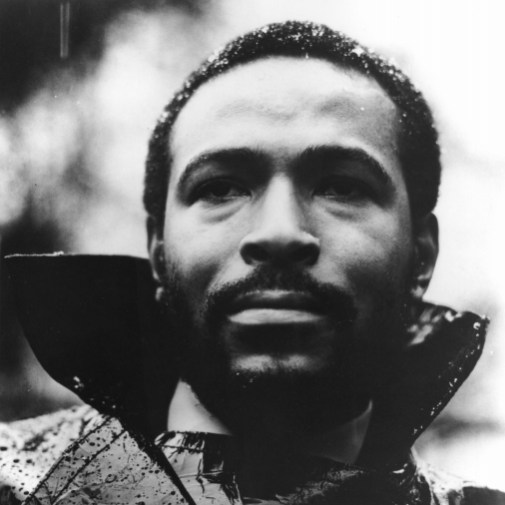 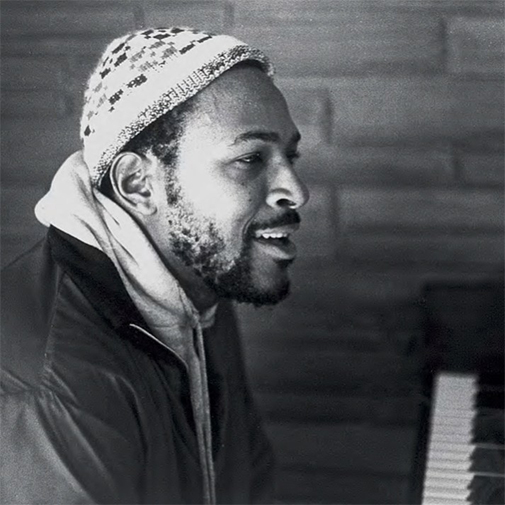 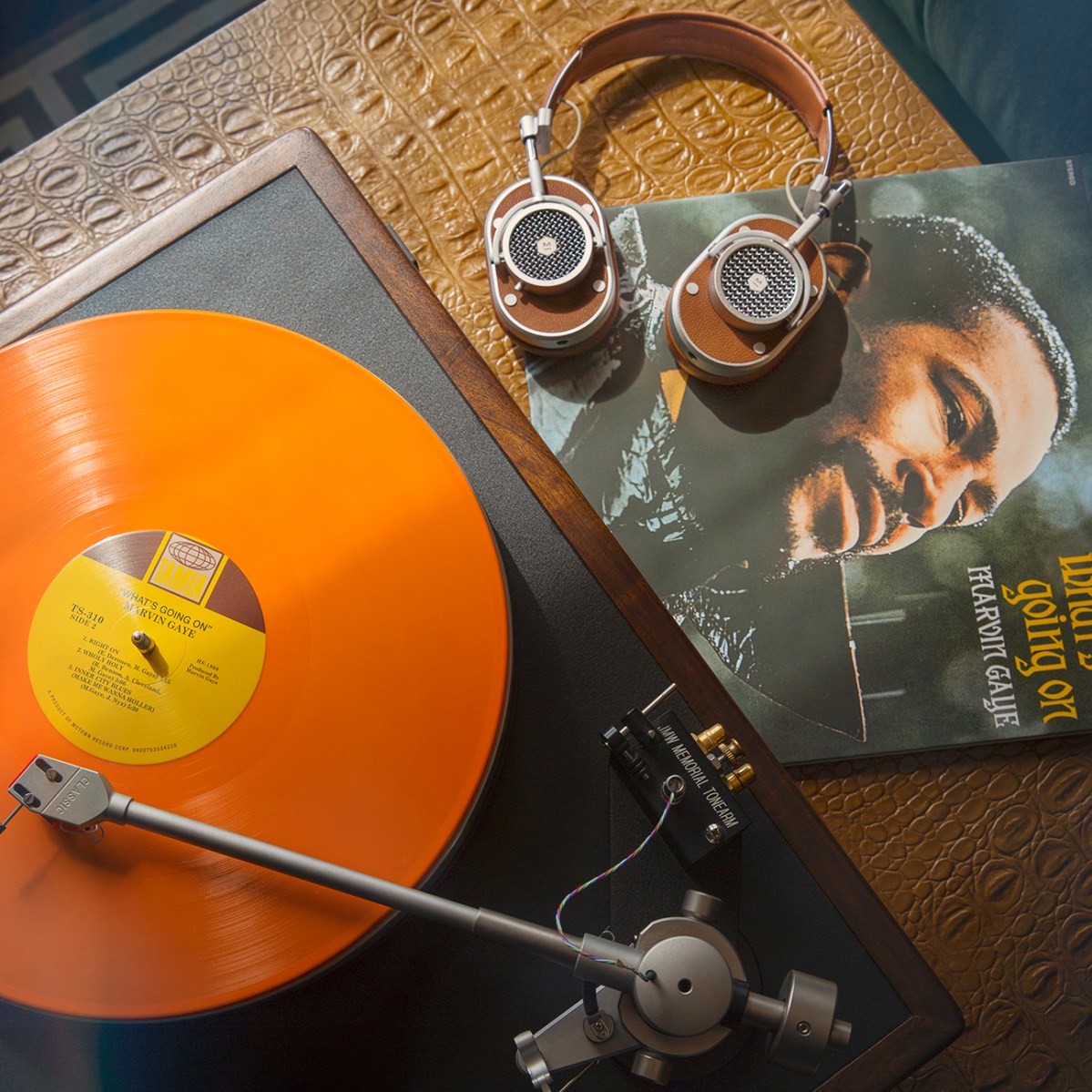 Marvin Gaye’s “What’s Going On” was released 50 years ago. 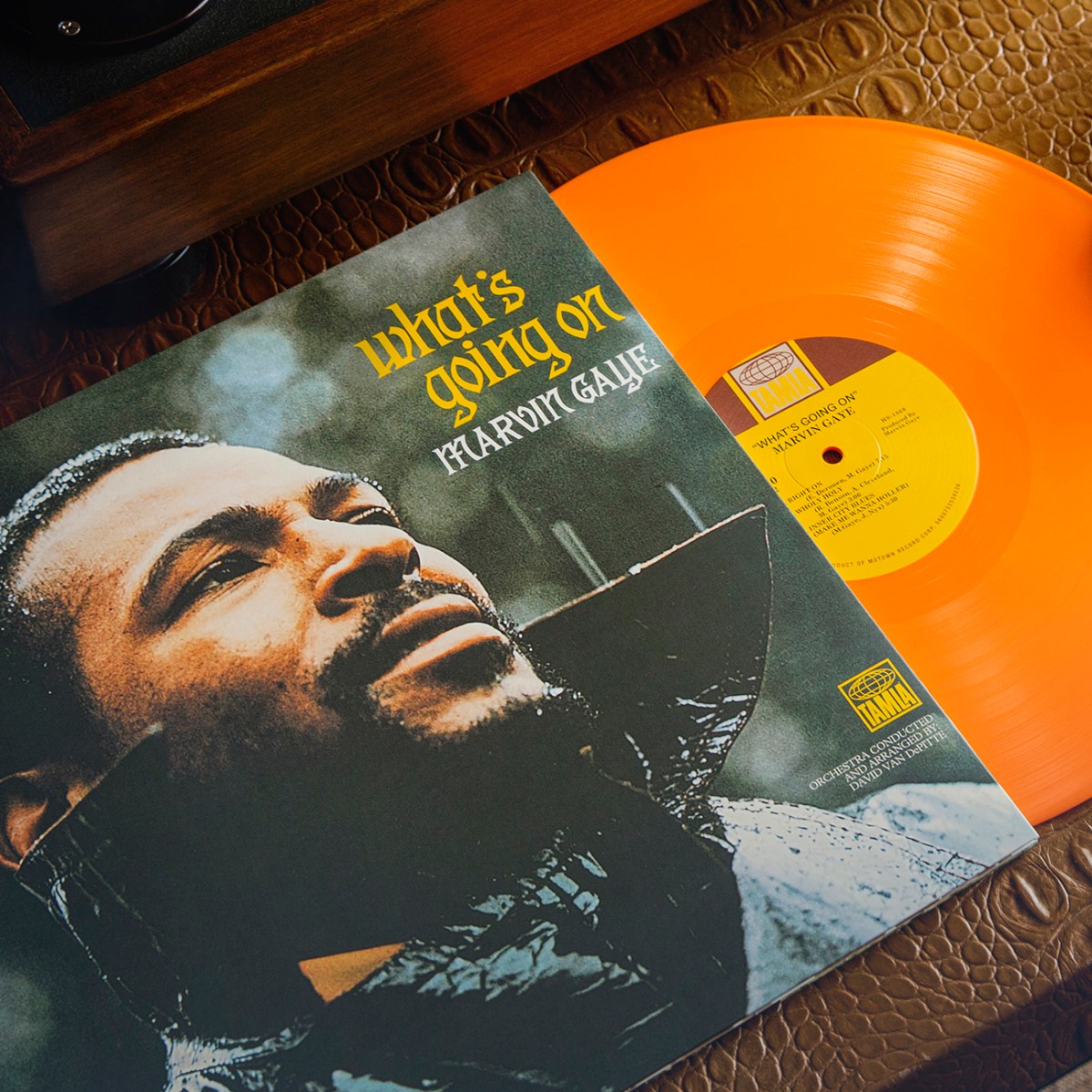