A Conversation With Rob Paulsen

Curious to learn more about the voice behind some of our favorite cartoons and animated characters, The 10,000 spoke with actor Rob Paulsen. Paulsen, one of entertainment’s best voice actors, has starred in numerous iconic franchises and series including Teenage Mutant Ninja Turtles, Animaniacs and Pinky and the Brain. Read on to learn more about Paulsen’s career, his creative and character development process, and his current podcast, Talkin’Toons.

How did you first discover voice acting was a talent of yours, and eventually something you wanted to pursue professionally?

It came about as a result of living that axiom, ‘luck is what happens when preparation meets opportunity.’  I had always been a singer – my parents and siblings were all involved in music so I was exposed at an early age. My parents were very supportive of my desire to perform, allowing me to listen to the likes of Led Zeppelin and Steely Dan, but also encouraging me to listen to the likes of Schuman, Debussy, and Rodgers & Hammerstein. As a result I developed a deep appreciation for all types of music and understood that ultimately talent is talent. After spending one year at the University of Michigan I came home and told my parents they were wasting their money and my time. I eventually moved to LA in 1978 to find work in music and television, all the while creating character voices and singing (these being part of my ethos and what I have always fundamentally enjoyed doing). Soon projects including G.I. Joe and Transformers showed up, allowing me to realize I was no longer limited by my look, but only by my own creativity. It’s a glorious way to be a performer! There are so many talented producers, directors, writers who came out to Los Angeles to do what I did, and ultimately found they had a knack for an opportunity that presented itself.

What goes into developing each of your characters?

When I see a script or get an audition I look for areas I can red flag myself. I ask myself how can I get the attention of the producer, which is especially tricky now that we have to audition remotely (which I hate). The characters are developed by committee. I don’t write them, but I definitely juice them up and give them lots of soul and specific characteristics, inflexions or voice traits. Yakko Warner from Animaniacs, for instance, will often answer questions with hesitation, “I… I… I… I don’t know.” Pinky (of Pinky and the Brain) has a hard time pronouncing the letter R. They are all choices that actors can make and develop, and I would have done them on camera too.

You have played several roles in the past, including in Teenage Mutant Ninja Turtles, Animaniacs, Jimmy Neutron, and Rick & Morty, to name a few. Are there any characters in particular you’ve felt an attachment to, or a role that you have enjoyed most?

We are experiencing reboot mania which is exciting for me. That and Animaniacs plus Pinky and the Brain are doing so well on Hulu is very promising to see. In terms of favorites, my all-time favorite character is the next one because it means I’m working! But the few that I identify with most are probably Raphael from Teenage Mutant Ninja Turtles and Yakko from Animaniacs. My stop-in-trade is humor, sarcasm and wit. Yakko and Raphael to a large extent embody those characteristics. But I absolutely love Pinky! I think because I admire seeing the relationship between Pinky and the Brain and how it develops.

Do you find yourself occasionally speaking or thinking in your character voices, or is it something you can easily turn on or off?

The latter. When it comes to normal everyday decisions I don’t really think in a character’s voice or the same way the character thinks. However, when I’m locked into that character it really is quite remarkable. I could chat all day as Pinky and everything that comes out of my mouth is colored by the way Pinky thinks. When I can do that, without a script and completely organic, that is when I know I really have something as a character. I think like the character when it’s required and try to “make it my own” rather than following a script word for word. If I’m going to be involved in creating the character, I want to do it with all the qualities of the character that I can bring to the table. If the character turns out to be iconic and they end up being worthy of imitating, I want to be the reason why that happens. For instance, it’s like Mel Blanc as the voice actor of Bugs Bunny. When Bugs says, “What’s up doc?” Everyone knows who that is. They may not know who Mel Blanc is, but they certainly know it’s Bugs Bunny. When I interviewed my good friend Phil LaMarr a few years back, I asked about his acting heroes, and he said Bugs Bunny, not Mel Blanc. Because he made the character so authentic, and that inspires me to do the same. To know before I punch my ticket that there are and will be people enjoying these characters long after I’m gone means everything to me. It’s just phenomenal, and it serves to only make me more humble.

Thankfully, I was told right away that they would be able to treat it. The treatment was pretty brutal for obvious reasons, but luckily I’m fine now. The cancer experience was a life changing experience.

In terms of my career changing my outlook, when Teenage Mutant Ninja Turtles really hit, around 1990-1995, I had my first circumstance where I was involved with something that became an unqualified success. It was referenced on other TV shows and became a pop culture phenomenon in which I was a part of. I got involved in a number of charity events, and I started getting a lot of requests from Children’s Hospitals where a lot of patients wanted to talk to a ninja turtle. That changed my life in a profoundly wonderful way. It enabled me to see the power of joy and to connect with people on a profoundly deep level. I love cartoons, but receiving a response from doctors or parents, that really changed my outlook on the relevance of my work, over and above a paycheck. Going to conventions and meeting people that would approach me and say, “the only thing that got my mother through her breast cancer treatments was watching Pinky and the Brain with our family,” really changed my outlook on the impact my work can have. Realizing that my work is something that can stay with people their whole lives is a huge responsibility that I take very seriously.

Tell us about your podcast Talkin’Toons, and what you are currently working on.

Talkin’Toons was a labor of love, it came when it was a very slow period in my career and I thought well, I’ve been on a lot of podcasts. So why don’t I start my own! I’m no technophile, but I can use my little phone here and call numerous different actors in the business. I started and it hit a nerve. I ended up doing several different versions of the show. Currently, I’m putting together a subscriber service for friends and family to generate money for charity and, for those interested, open a new way to communicate with one another. I never realized how much people love watching other people watch stuff, so I am switching it up from ‘Talkin’Toons’ to ‘Watchin’Toons’, similar to a watch party. We just did our first one, with about 150 members, and we watched the first episode of Animaniacs together. I loved it and the audience loved it as well! I was able to point out specific moments in the show to the audience, whether it was how something came about or how it was executed at the time. In the future, I plan to invite other actors and we’ll watch different episodes together and the guest will give us the low down of what they were doing, say, in this episode of Futurama, Rick & Morty or Family Guy. 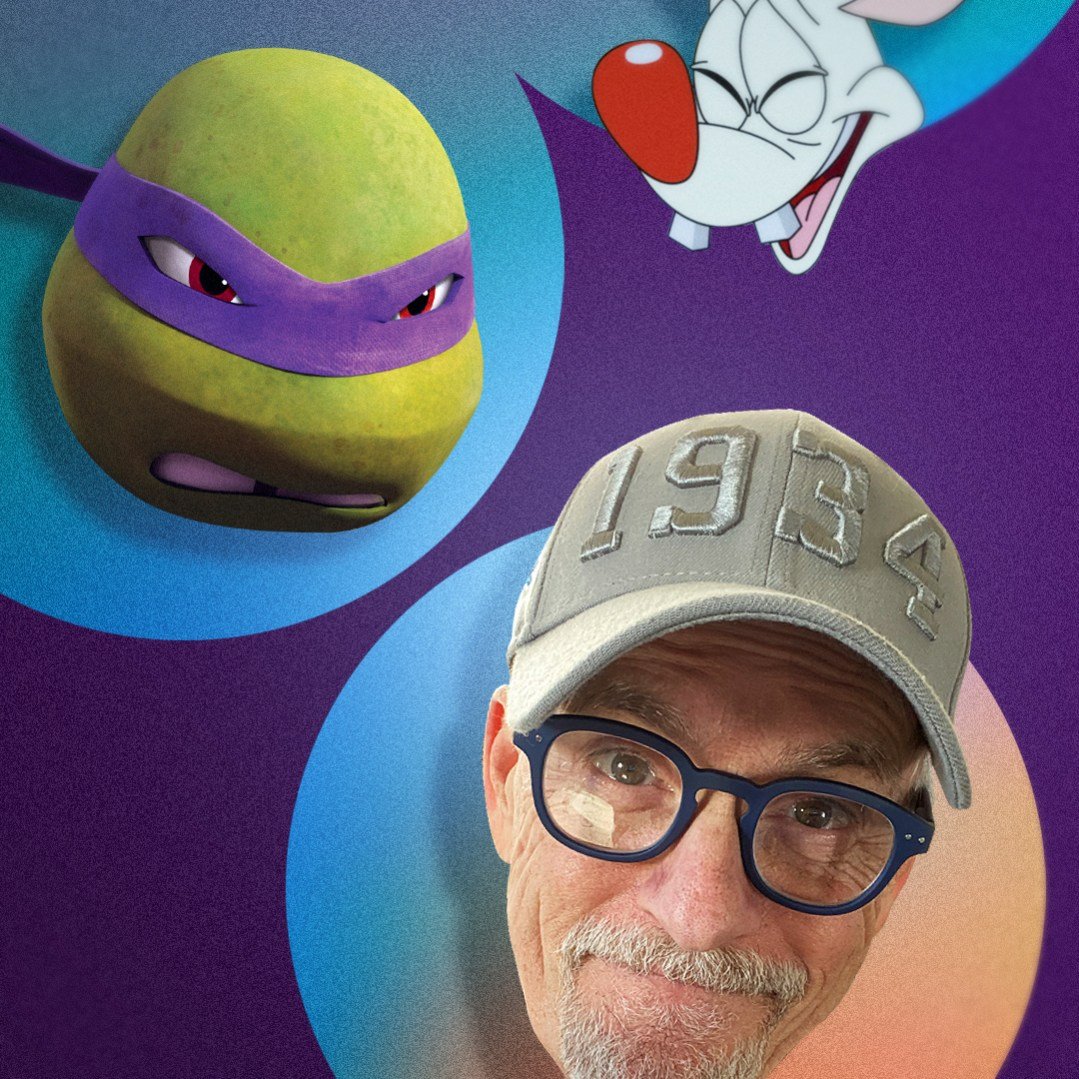 Rob Paulsen is the voice of some of our favorite characters 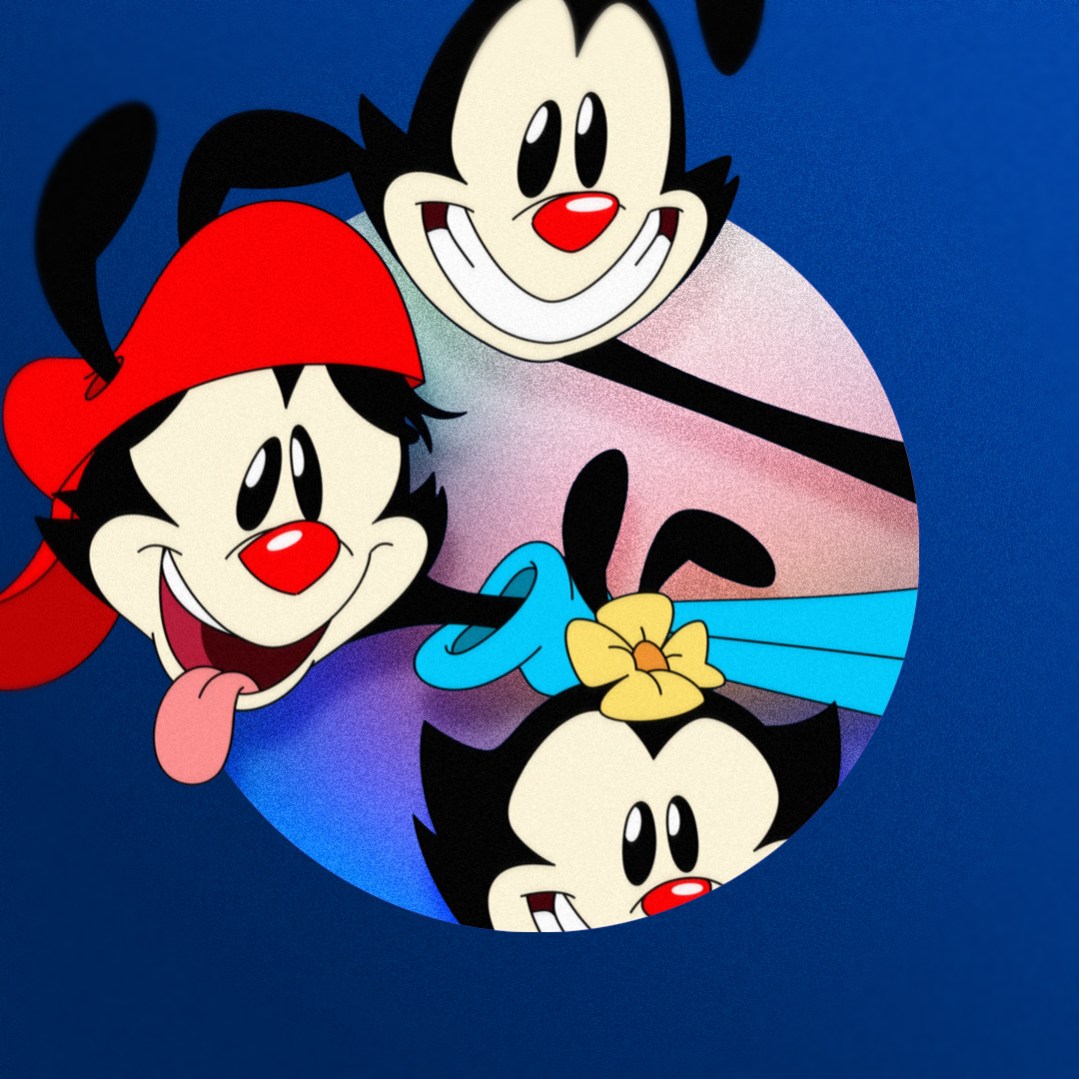 Yakko Warner (top) and the Animaniacs 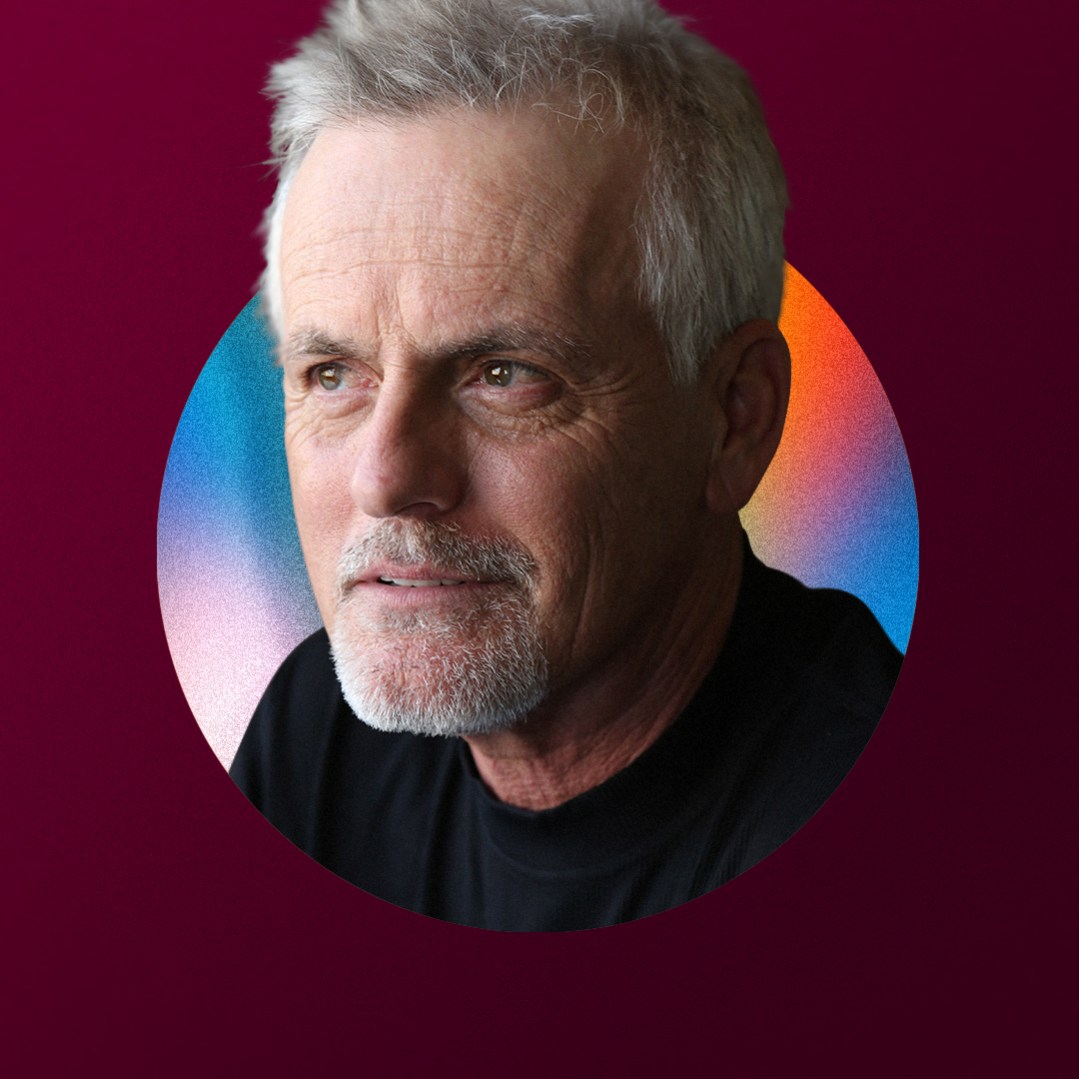 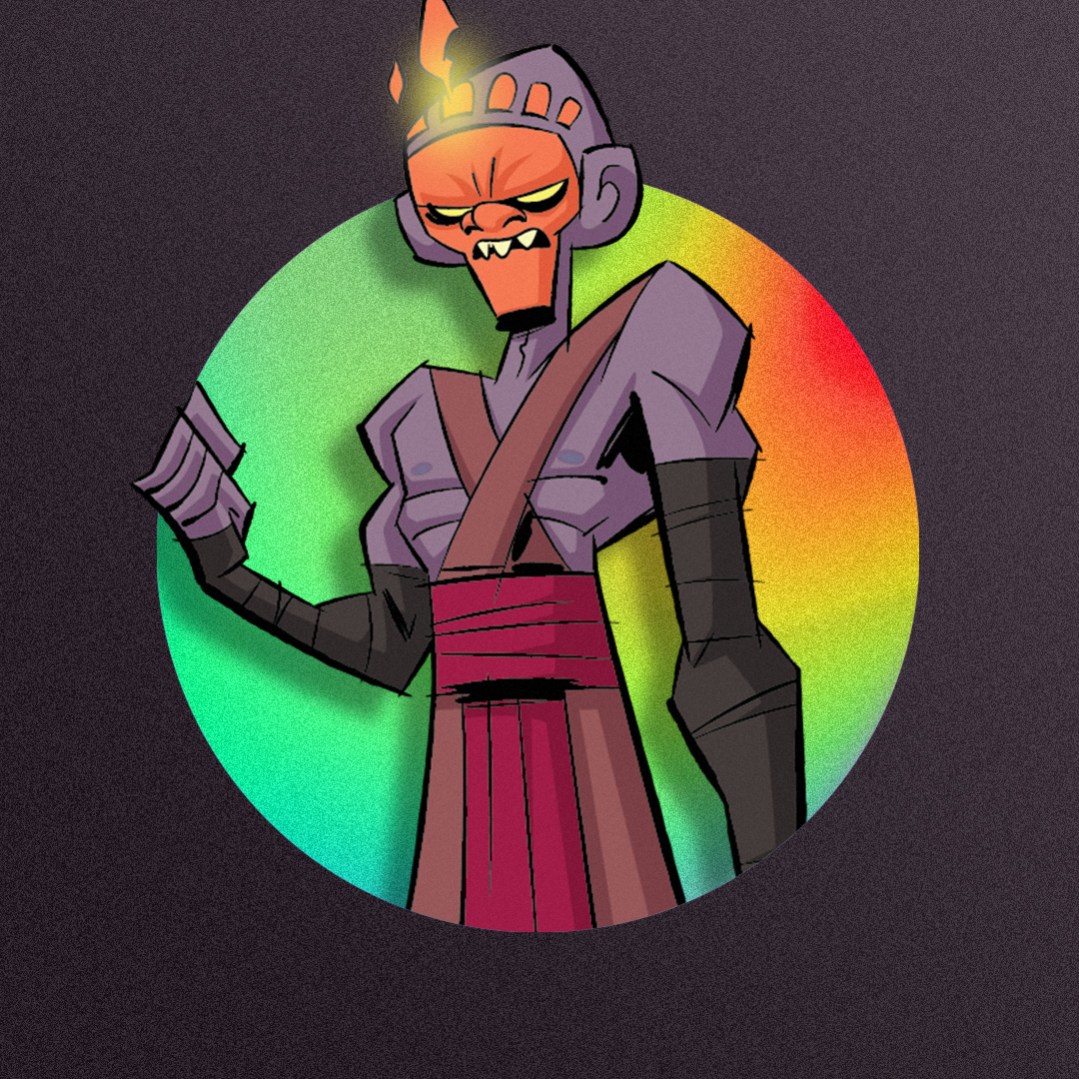 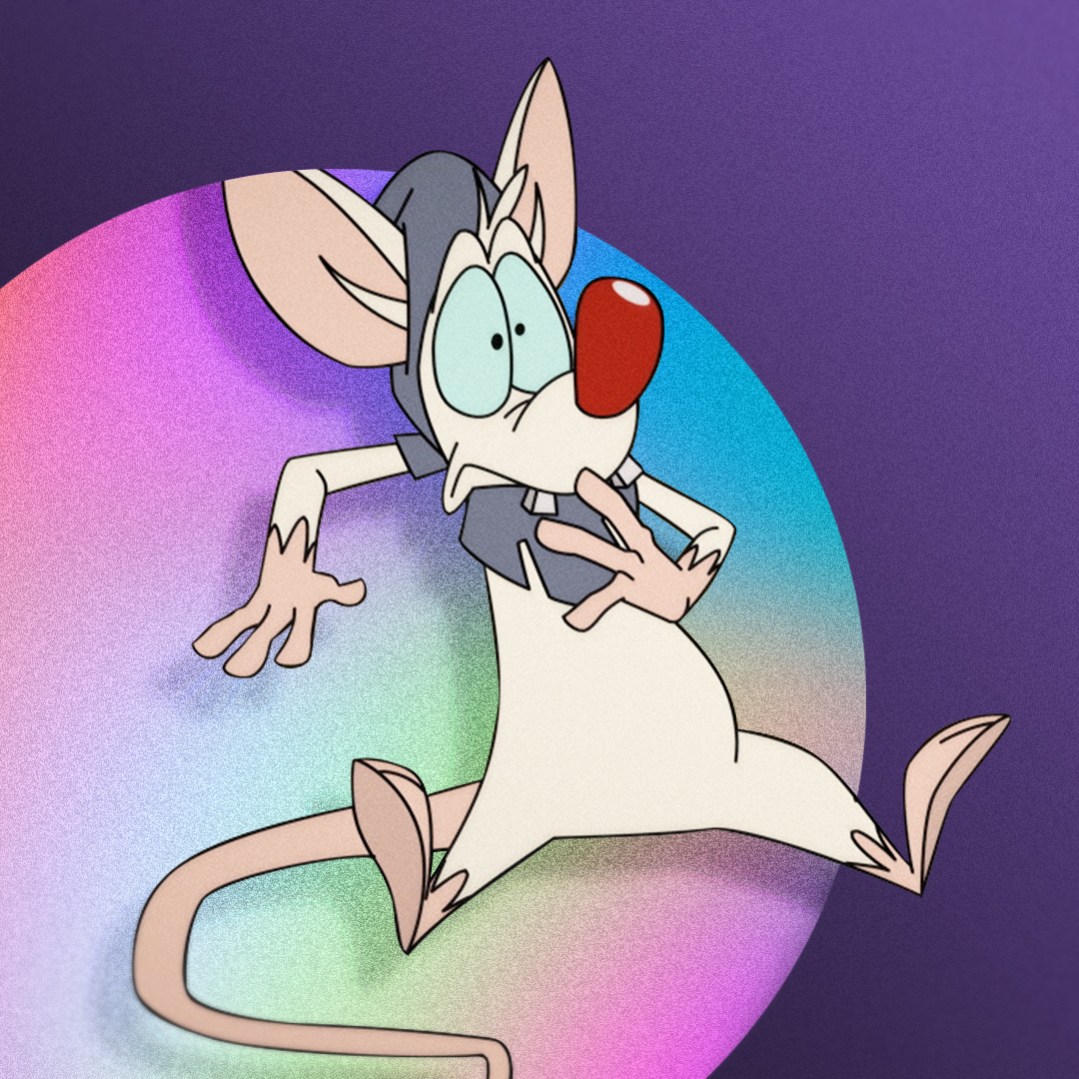 Pinky of Pinky and the Brain, voiced by Rob Paulsen 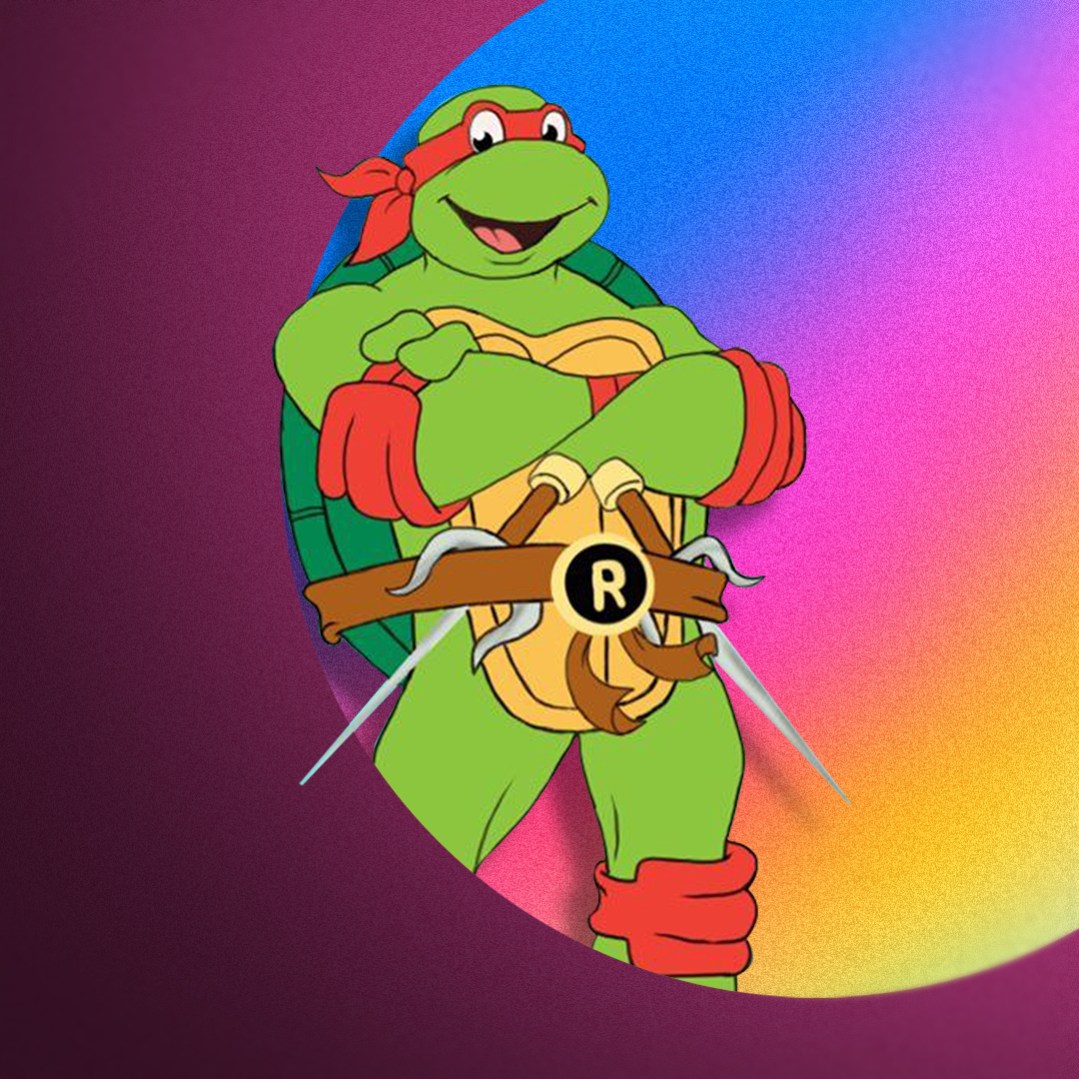