A Conversation with Matt Doyle

The 10,000 spoke to Broadway actor Matt Doyle who recently won his first Tony award for his spectacular portrayal of Jamie in the gender-swapped revival of the Stephen Sondheim musical Company. A performer for 16 years, Doyle has previously made appearances in other Broadway musicals such as Spring Awakening, War Horse, and The Book of Mormon. Read on to learn about the impact theater has had on Doyle’s life, how he’s handled this past year, and what he hopes audiences take away from Company.

First off, congratulations on your first Tony win for featured actor in a musical (as Jamie in Company)! What did that moment feel like?

Absolutely surreal. I felt like I was watching a movie of my life, but it was actually happening. I remember thinking I would be absolutely terrified if I actually had to step onto that stage and accept the award. I was so charged with adrenaline, all I felt was joy. People tell you to be present in those moments and to ‘remember to take it in’, whatever the hell that means. You worry you may not somehow. Trust me, I took it all in. Every second of that moment will stay with me.

When did you realize you wanted to be in theater?

I was horribly bullied when I was about twelve years old. My family and I had just moved to the west coast and I was quite the outcast at school. This was around the same time I was diagnosed with a panic disorder and struggling with all aspects of my identity. A theater teacher at my school noticed I needed help and convinced me to try out for her program. It saved my life. I fell in love with it immediately and never looked back. I knew I had discovered my passion.

What impact has theater had on your life?

Theater gave me a community. It gave me a purpose. It also taught me the great value of collaboration, especially as it relates to the creative process. Nothing in theater can be done alone. It is one of the most collaborative art forms out there. Every aspect of the final product you see onstage has had dozens of creative minds behind it. That constant connection with so many brilliant artists has expanded my world profoundly.

You’ve been a prolific theater actor in New York for 16 years and now you’re starring as Jamie in a gender-swapped revival of Stephen Sondheim’s Company on Broadway. How has this past year been for you?

Life changing, for one. To think that I was doing anything I could to survive the pandemic only a year ago, is pretty wild now. I never imagined my journey with this show would span three years of my life. We’ve been through so much trauma together, as a group. It’s been so satisfying to come back and have our show celebrated so much. I poured so much love and care into the role of Jamie and I’m so grateful that work has paid off so tremendously.

Company is centered around a group of adults navigating relationships and marriage set in modern-day New York. The theme and plot of the musical have taken on more significance than ever. What do you hope audiences take away from the reimagining of the musical?

Not only does the story of Company remind us of what we can gain from our relationships, but it also takes on a profound new life in this retelling. I think the gender swaps and reinventions of our characters invite our audiences to relate to characters they may not typically find themselves relating to. Our text has barely changed. The context has. I think that can be an extremely eye opening approach to a classic.

With my character, Jamie, we’re able to present a gay man dealing with the same anxieties and fears that a heterosexual woman deals with on their wedding day. We get to humanize a gay man in his thirties and present someone who deals with the same self loathing and pain that so many of us feel throughout our lives. Sometimes the most radical changes make us recognize how normal these themes are for all of us.

The musical was originally scheduled to open in March 2020 right as the pandemic started. Has the show taken on a different meaning for you since then?

Vote. Please vote. We’re at a major turning point in our country. If you believe in equality, please vote. 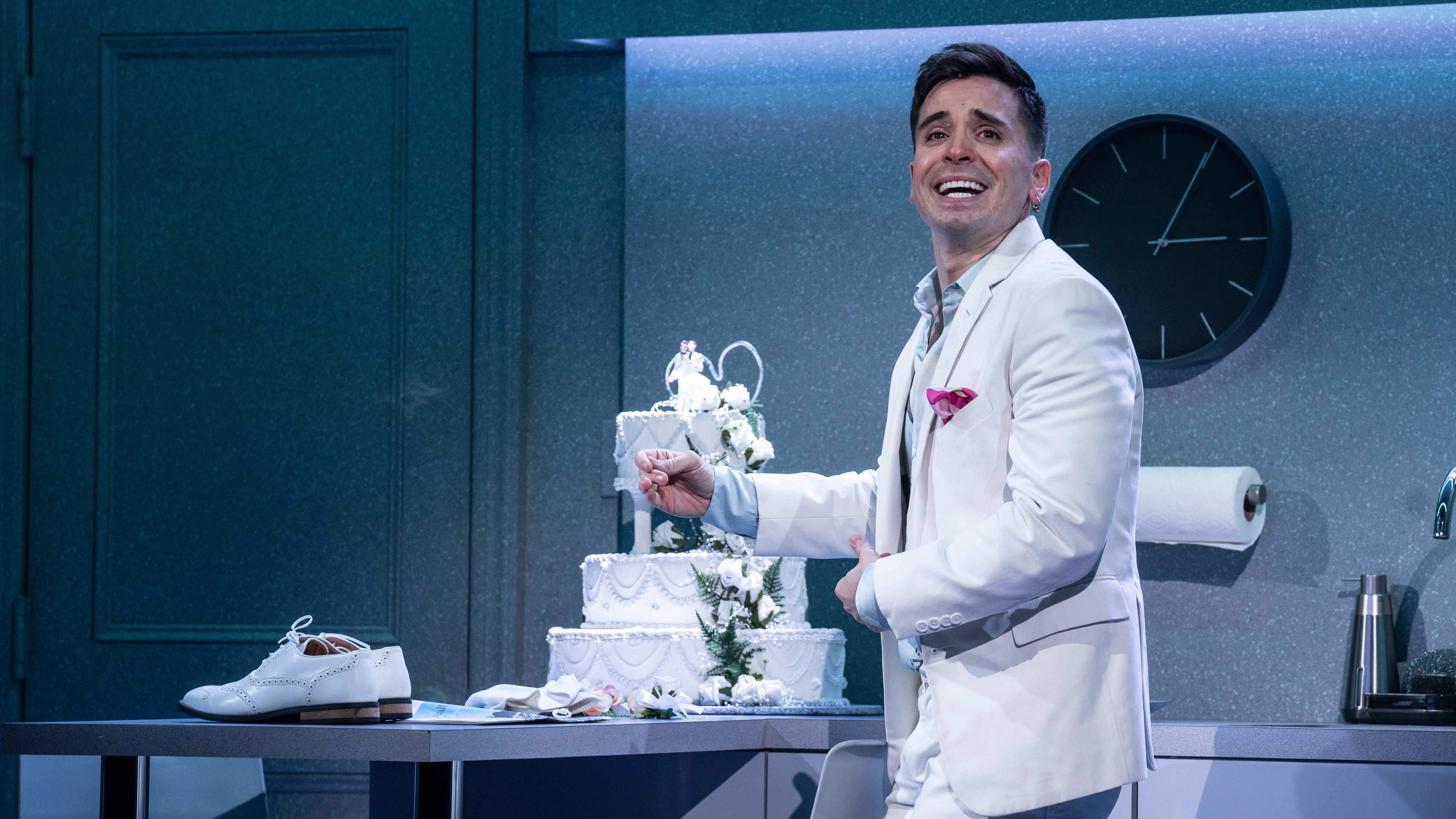 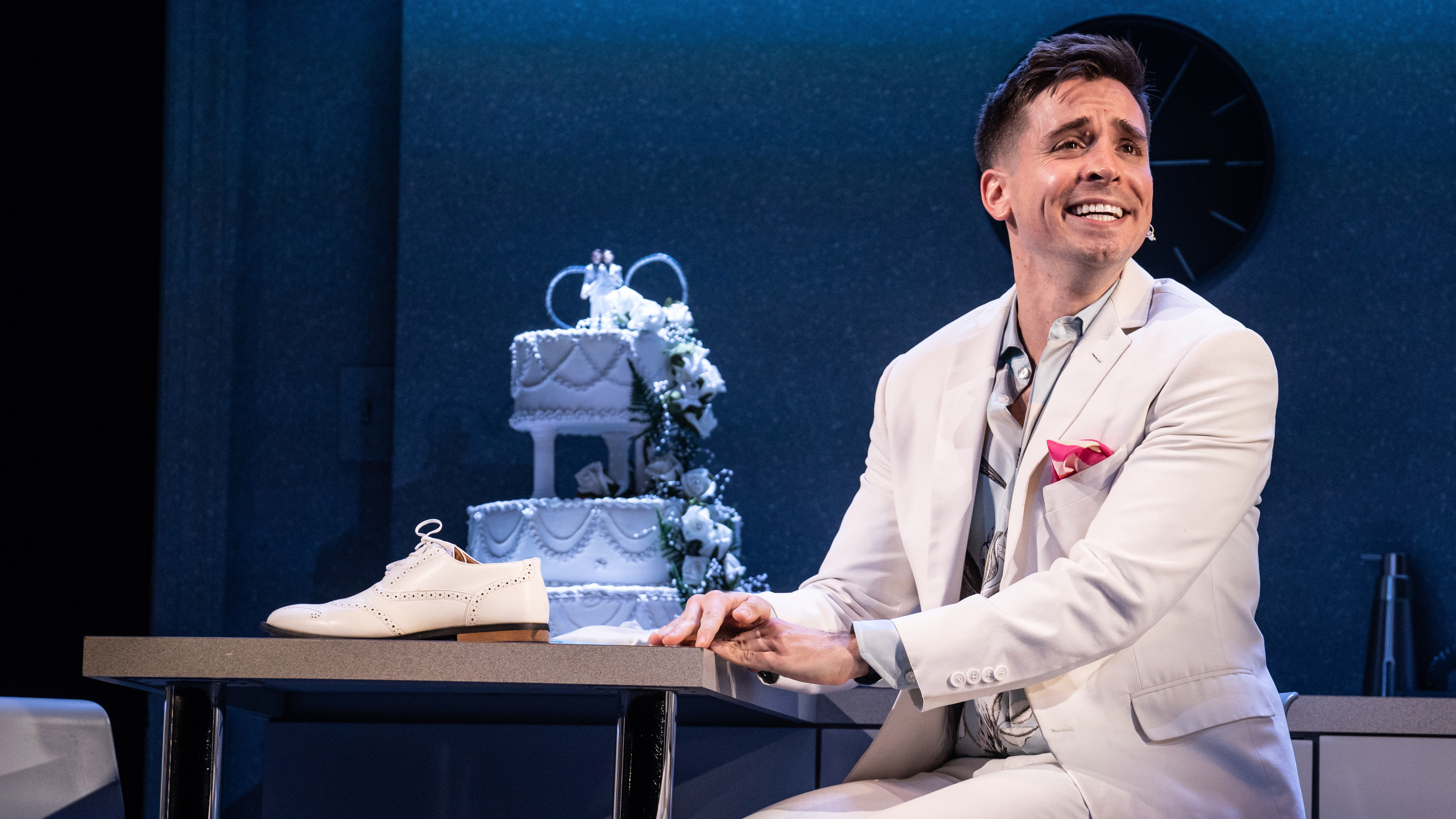 A Conversation with Matias Corea