A Conversation With Cautious Clay

The 10,000 recently visited one of the music industry’s leading creators, Joshua Karpeh, known professionally as Cautious Clay, at home in Brooklyn, New York. The singer, songwriter and record producer’s latest single, Karma + Friends, explores the importance of pursuing meaningful relationships in our lives, while surrounding the listener in the artist’s signature sonic palette, constructed of thick vocals that warm the senses and soothe the soul. Read on to learn more about the early influences and creative process of Cautious Clay, and why karma is so instrumental to understanding his latest track.

You grew up in Cleveland, Ohio, attended George Washington University and worked in real estate before fully committing to a career in music. Tell us more about your childhood and upbringing. What ultimately made you pursue music professionally?

Growing up I was exposed to a lot of different things, mostly because my mom was very open and encouraging. I also had an incredible music teacher, Greg Patillo. He’s a legendary guy in that he was one of the first people to blew up on YouTube, doing things like Mario renditions on his flute while beatboxing over it. Greg was a very open-minded guy and encouraged me to learn the blues on the flute and got me into jazz, all while teaching the Baroque classics like Handel and Bach. Having that type of encouragement at such an early age put into perspective how creativity and improvisation was exciting and motivating. I kept music as a thing I always loved, but I never pursued a full time career within the industry until I realized it was the one thing that excited me the most in life. It really wasn’t until the year after I graduated college that I realized music could really be the path for me.

How did the name “Cautious Clay” emerge?

The name really came from being a beat producer for several years in college. I thought it sounded cool but also it’s a play on another very famous name, something which at the time a lot of my peers and friends were doing on Soundcloud. I’m also incredibly particular about my music and how my beats are produced and developed – the name reflects that and it’s stuck all these years later.

Describe your musical style. What “feeling” do you want your listeners to get while hearing your music?

I try to create and envelope the listener in a sonic palette every time I write a song. Contextually that means layering thick vocals and rich harmonies paired with structure that feels smooth. I do occasionally like a biting, aggressive sound so I’ll incorporate that in places that make sense. In terms of takeaways, I’d like people to absorb as much as they can from my songs. I spend a lot of time with my lyrics so I definitely appreciate my listeners getting as in-depth as they can, to dig a little deeper. As long as people are listening to my music and enjoying it, I’m happy. But ultimately, I want people to listen less passively and with intention.

You recently announced your album will be releasing this summer. What were some highlights of creating the album, and did anything in particular influence the tracks?

Outkast is a constant influence of mine, and Peter Gabriel too, but more specifically for this album. Those two artists resonated with me in terms of developing the sonic palette for the music. Recording and working on the tracks was quite unique. I remember being in quarantine at my girlfriend’s parents’ house, where I recorded four or five songs in a month, which all ended up on the album. The experience was pretty fun because there wasn’t any pressure, it was all just easy and so satisfying to be in a different place than I usually work from and still find the headspace to create and emote sonically in the way that I’m trying to nowadays.

In addition to your own musical career, you’ve co-written for several big names in the industry, including John Legend, Anderson Paak, and Taylor Swift. What goes into your songwriting process?

My songwriting process definitely varies depending on who I’m working with. Sometimes I’ll write a lot of lyrics prior to meeting someone, and other times I’ll write a beat and freestyle over it. Ultimately it depends on the mood I’m in and whether or not I’m collaborating with someone and what their own process looks like. I truly like to embrace whatever is going on in my head and react to the people I’m collaborating with.

Congratulations on the release of single Karma + Friends. Is there a message in the lyrics you’d like your listeners to think about?

In general, the song is about embracing the relationships in your life that are good, all while not allowing other things to distract from those relationships. Karma + Friends is also an observation of the ways people interact with each other. The song tries to unpack those interactions specifically. But karma itself is determined by the relationships you have with people in your life. Surrounding yourself with good people is one of the harder challenges we face in our lives and finding strong relationships is difficult, especially ones that last. I’m trying to present that as one of the more important things we all should strive for.

Is there a particular project you’ve worked on that has been a turning point in your career, or a personal favorite?

Working with John Legend was really great. He’s obviously such a talent and also very much a mentor figure. John is so open and there is always a good balance between teacher and student. Another highlight was working with John Mayer, who is a good friend and oftentimes gives great perspective on things, which I value and appreciate. Both John Legend and John Mayer are artists that pay attention to the details. Another great collaborator is Anderson Paak, who is incredibly musical and I’m hoping we can find a way to work together again soon.

Living in Brooklyn, can you share some of your favorite neighborhood spots?

There’s a really great wine store right down the street from me called La Ñapa. They have a limited but strong selection of wines to choose from. The wines there are just incredible – I’m a wine guy so that’s the first thing that came to mind. I also enjoy Cotton Bean, a coffee shop that’s close to me. 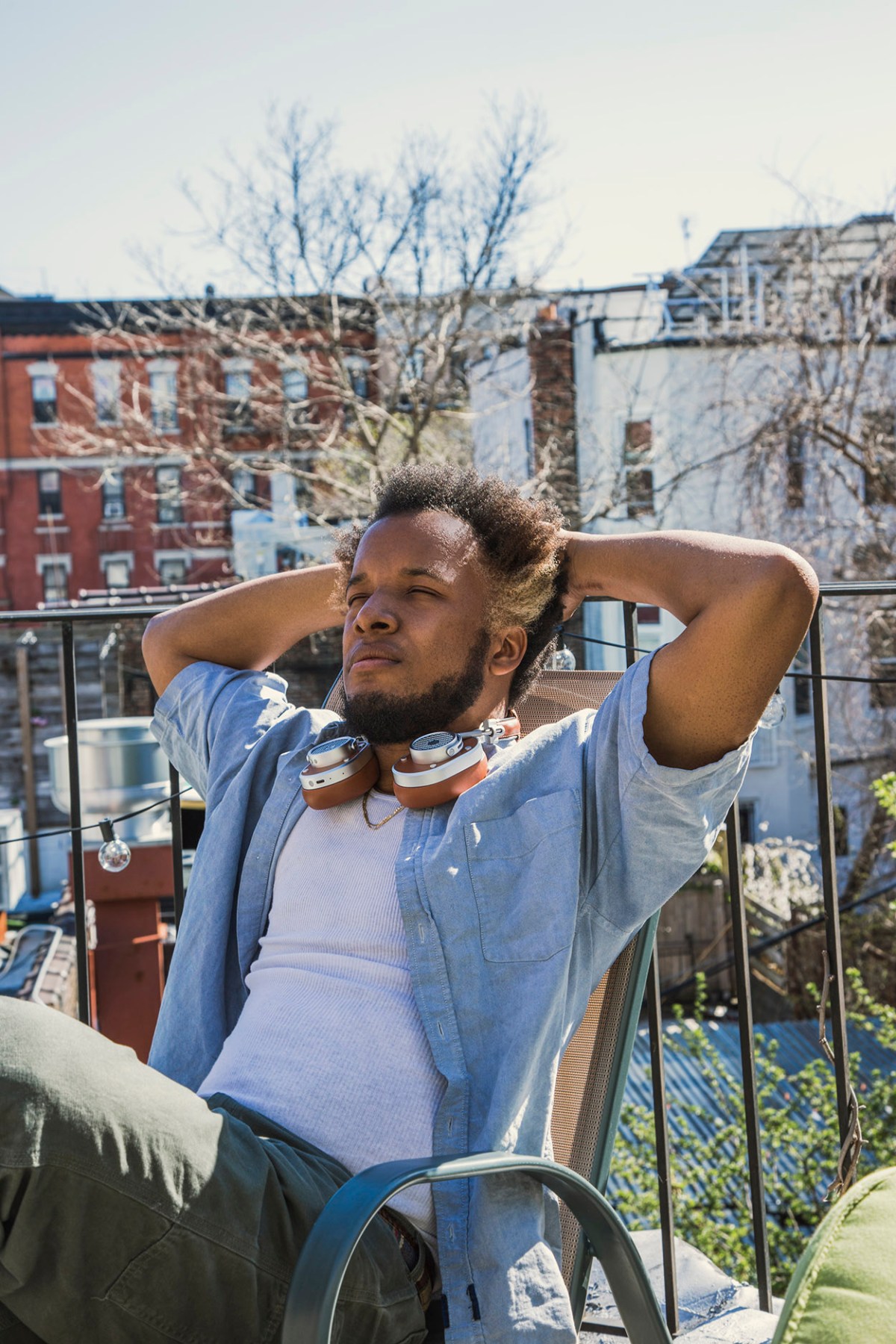 Photograph outside of Cautious Clay wearing Master and Dynamic Headphones 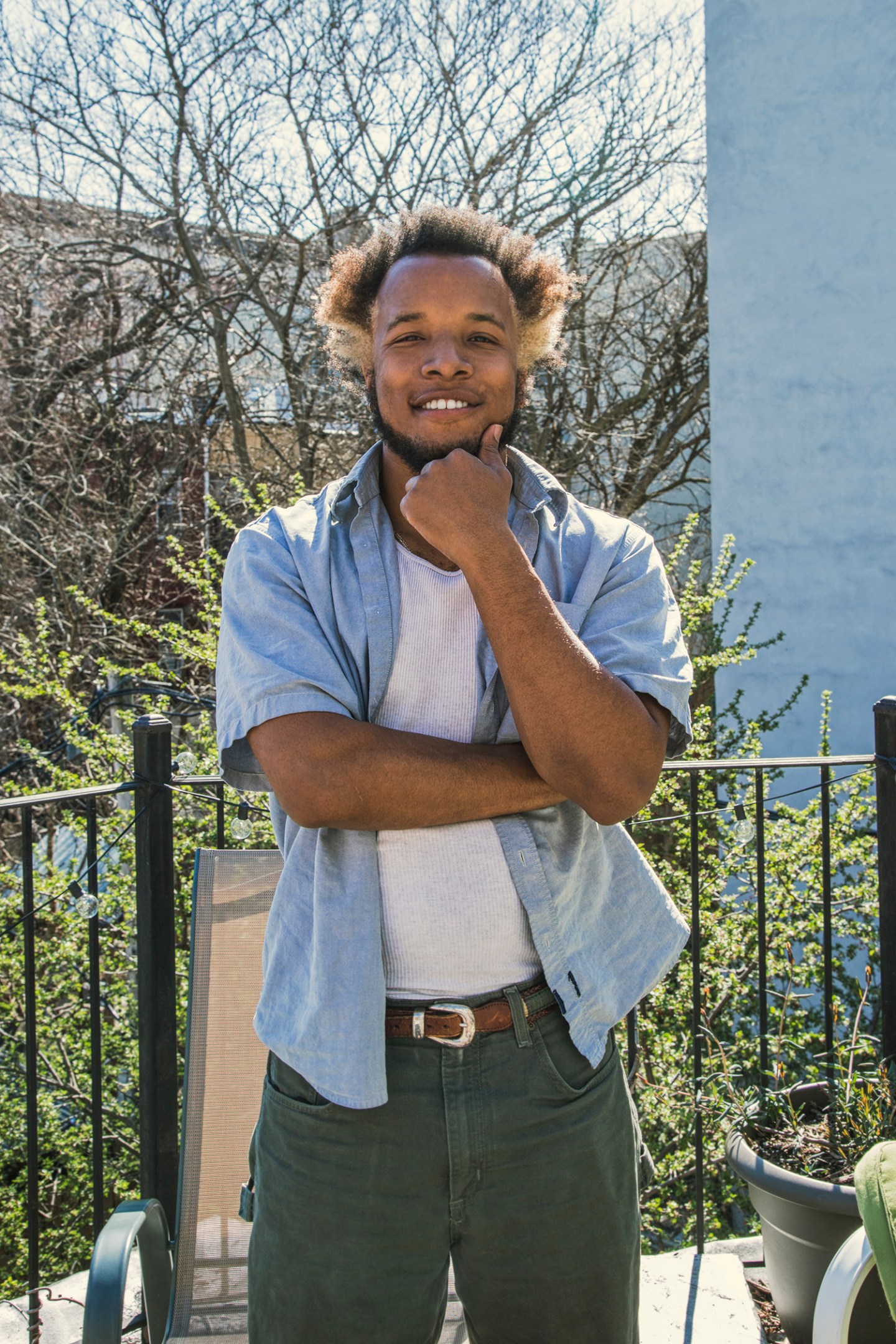 Photograph outside of Cautious Clay 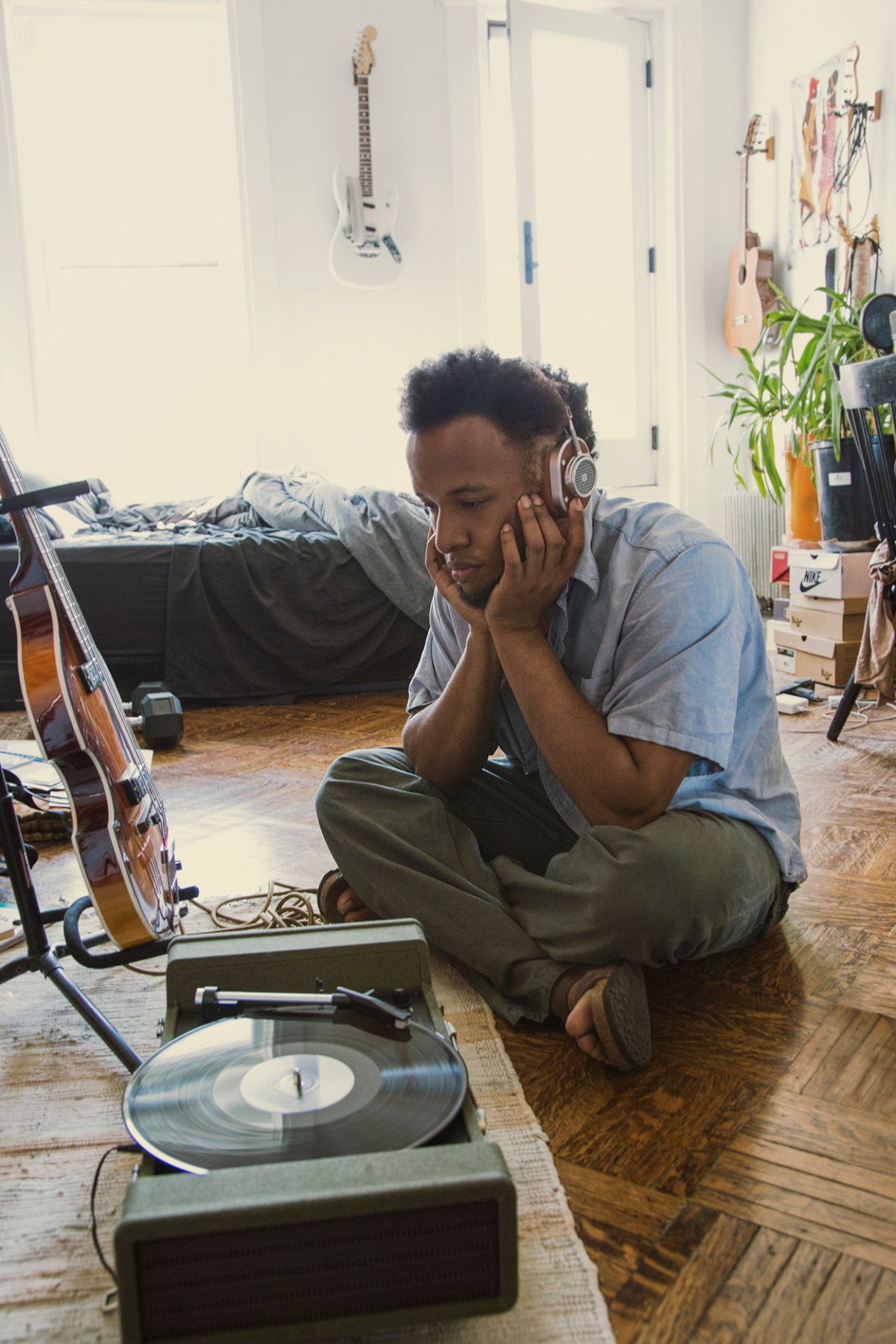 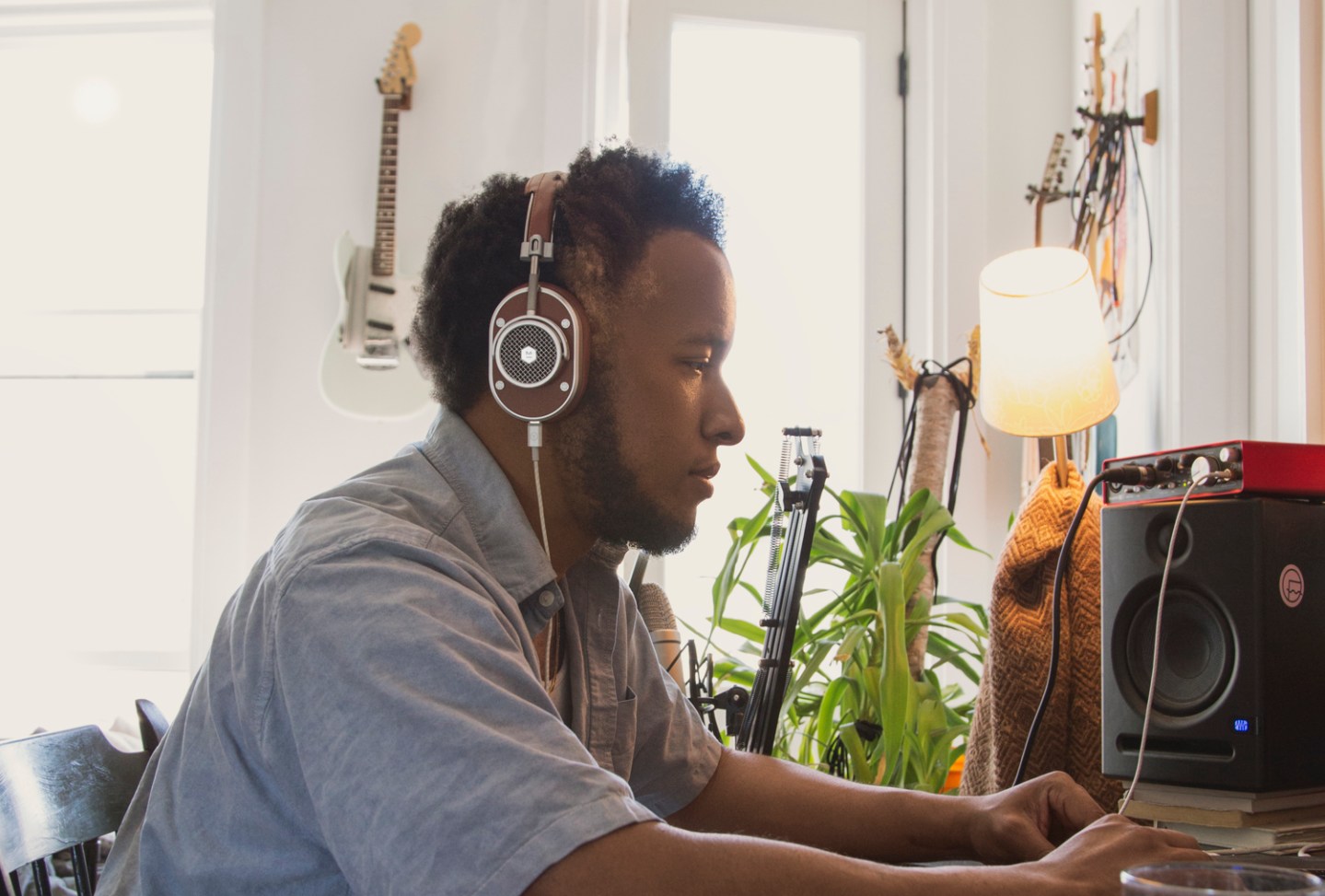