A Conversation With Caly Bevier

In celebration of Pride, The 10,000 spoke with Caly Bevier, the singer/songwriter whose inspiring story and voice first captivated audiences including Simon Cowell on America’s Got Talent. A survivor of stage 3 ovarian cancer and active member of the LGBTQ+ community, Caly’s first music video made its debut in 2019. Since then Caly has been busy discovering and developing her sound, which is inspired by funky bass lines and punk-genre guitar riffs. Read on to learn more about Bevier and scroll down or click here to stream our Pride Playlist, curated by Caly.

You grew up moving around a lot and have said that music was your “outlet.” Tell us more about your upbringing and the role music and sound played in your early life.

Growing up my mom was always singing! I have these vivid memories of sitting in my car seat at around 2-3 and she’d be belting Jewel or Green Day and I’d just listen and try as hard as I could to hear the lyrics so I could sing too. We’d always be making up songs about what we were doing throughout the day, like if we were cleaning there would be a song about it. Lol. My mom just always loveeed to sing. And I caught the bug. We would have family parties where everyone would get together and we’d play Rock Band for HOURS. That was more when I was about 7-8 and that’s when I really started realizing I really liked the way my voice sounded so naturally, I held the mic.

From then on I would just sing throughout my days. Nothing crazy. I never performed anywhere or auditioned for big roles. My voice was for me. As I got older and listened to more pop music I started singing made up songs all the time. No backing track or music on and I’d just make up songs. In the shower, walking to school, walking back from school, in my room, any time I could I would be singing. I didn’t realize that I was technically “writing songs” at that point. And I never thought my life would lead to where it has now…at that point. Music and singing was always just something I simply loved. It was always there for me when I needed to either hear a certain feeling, or to get certain feelings out.

You appeared on America’s Got Talent in 2016 and Simon Cowell gave you his “Golden Buzzer,” arguably the most difficult “Golden Buzzer” to receive!  What song did you sing and how did this experience shape your career today?

So for my first AGT audition I sang Fight Song. This was a song that really made me strong at a time in my life when I was very scared… it came onto my shuffled music when I was on my way to receive my first round of chemotherapy. It wasn’t a song that I connected with that much until that point. Before I decided to audition for AGT sooo many people had told me to try out for shows and I don’t think that I ever would have if it weren’t for Fight Song and my own battle with cancer.

I just remember walking out onto the stage and feeling like all the singing in my life led up to that moment. Every memory of watching American Idol and hearing Simon break people down also passed through my mind but, I put that aside and just told myself to do the best that I can do. I heard the first note play on the loudspeakers, sang my heart out and put every emotion into it that I could conjure up. Then everything just went white. I was exactly where I was supposed to be. That moment made me realize that I LOVE the stage. Up until that point, like I had said, my voice was for me. I never imagined what it would feel like to share it with 1000s of people.

Then, Simon stood up and pressed the Golden Buzzer and it rained confetti. It took me a second to process that SIMON COWELL liked me so much, saw so much potential in me, that he used his one golden buzzer for the season on my little voice…. I was astonished to say the least.

You identify as pansexual and part of the LGBTQIA+ community. What voice do you want to have with your platform, and what message do you hope to get across to all who celebrate Pride?

I just want people to know that I am a part of the community and they can look to me as someone who shows who they are without question and without worrying about what other people are going to think. And that’s on so many levels, not just the fact that I’m out. Because at the end of the day I got me. And I want to love me, not someone who’s been produced for others to love. And just keep celebrating! Never stop showing the world who you are, because you never know who is seeing you and learning to love themselves just because you’re you.

Tell us more about some projects you’ve been working on recently. Can you share what’s next?

Yesssss. So I have been working a lot the past couple years on finding the sound that I want to put out into the world, and I’m excited to say, I’m definitely getting there! I’ve been working a lot with cool synth sounds, funky bass lines, and then mixing in some punk genre electric guitar riffs and beats. It’s a really cool sound that really takes a lot of my childhood influences and encapsulates them. Some influences would be No Doubt, Avril Lavigne, Dua Lipa, The Smashing Pumpkins, Nirvana. So yah, going down a 90s Punk/Funk street right now. I really dig it and can’t wait to release some music. We’ve really just been writing a ton, and the songs just get better and better every session… So, soon I have to pick some favorites which will be hard, lol, always is.

At just age 15, you fought and overcame stage 3 ovarian cancer. How did overcoming this challenge change your outlook on life?

Going through cancer at any age, I’m sure, is life changing. Part of me is glad that I was so young when it happened. It really helped me grow up in different ways. Helped me see life differently. I always use the sky as an example. My mom used to rave about the sun rises and sunsets. I never really got it. The sky is always there, the sun rises and sets the same way every single day. But during and after my fight the sky changed. It had more meaning and more life to it. Every day now I don’t cease to make some comment about the beauty above us. Really the beauty in everything. I try to always see good in whatever it may be.

Sometimes, I fall into old patterns of not appreciating little things. But life becomes a dull cycle when you look at it that way. The little things matter. And if you focus on the little things, this big thing, life, makes a hell of a lot more sense.

For the last two years now, Pride month has looked a bit different than in previous years. What does Pride Month mean for you, and how do you plan to celebrate and commemorate the LGBTQIA+ community in 2021?

For me Pride month just means being seen and recognized as who we truly are in the world. Not having to fit in a box that so many were forced into. There are still so many countries that shun and even kill LGBTQ+ members who are brave enough to show the world who they are. That’s why Pride month is so important. It’s amazing and crazy to think that only 6 years ago Gay marriage was legalized here in America. There’s still so much work to do for equality, to stop the discrimination against our community, and for people to become educated on the topic of LGBTQ+

This June I plan to celebrate my queerness with the rest of the community by being myself without any question. And I’ll be loving myself so that others can see what it means to love themselves fully! I will also be learning more myself, I’m sure, by being present and active on socials when it comes to bringing awareness to the topic. 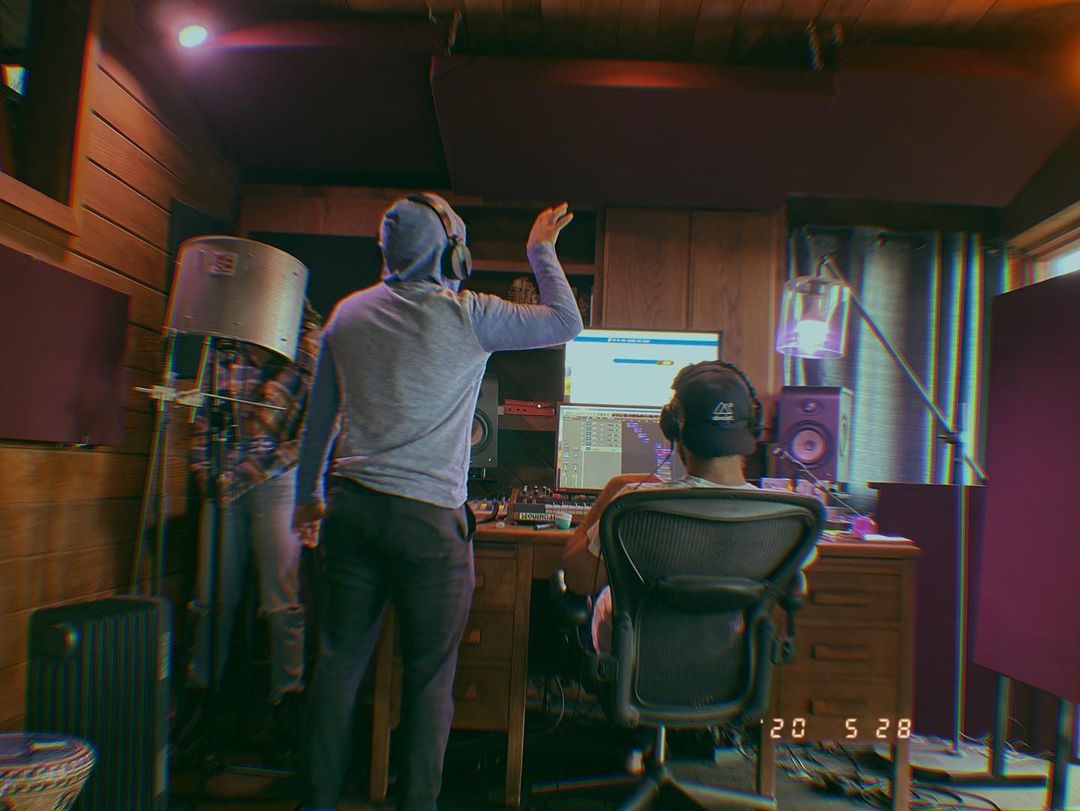 Caly Bevier in the studio with Aaron Fresh and Adam Kapit, August 2020. 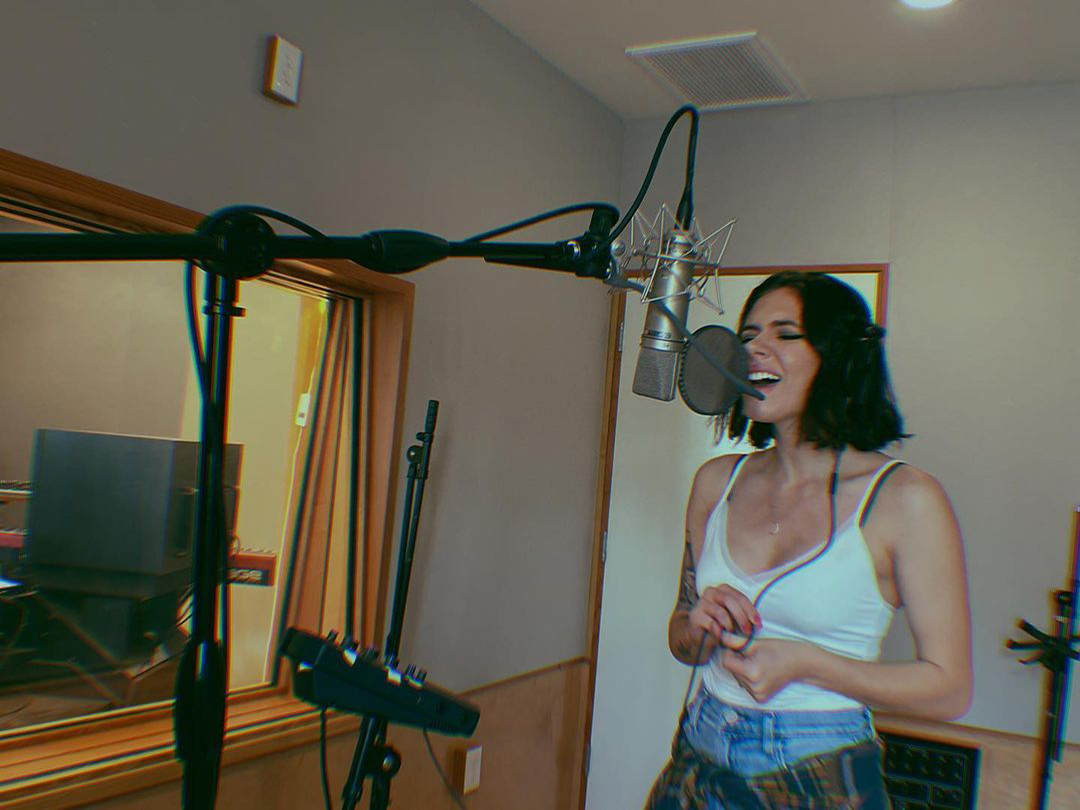 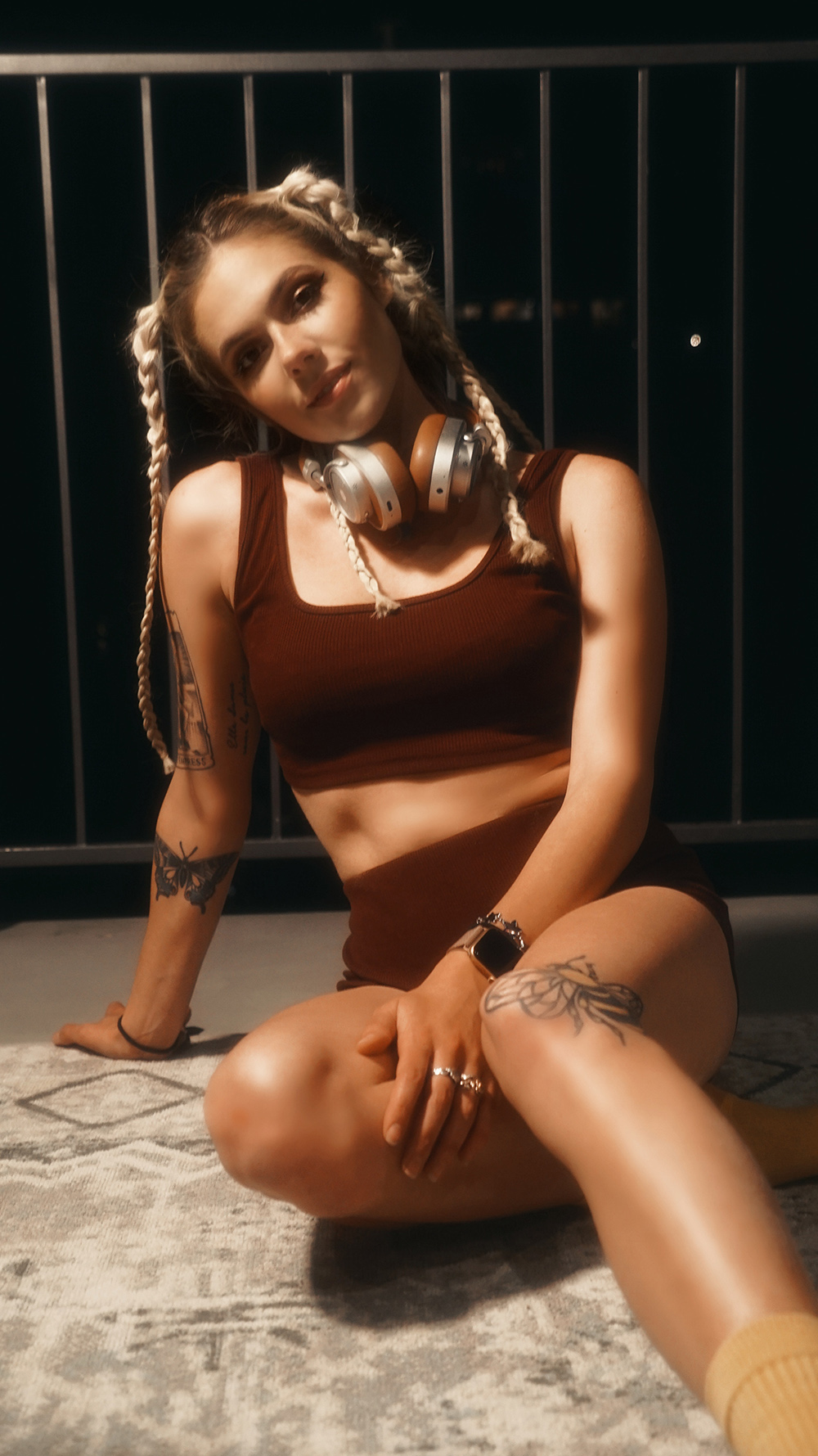 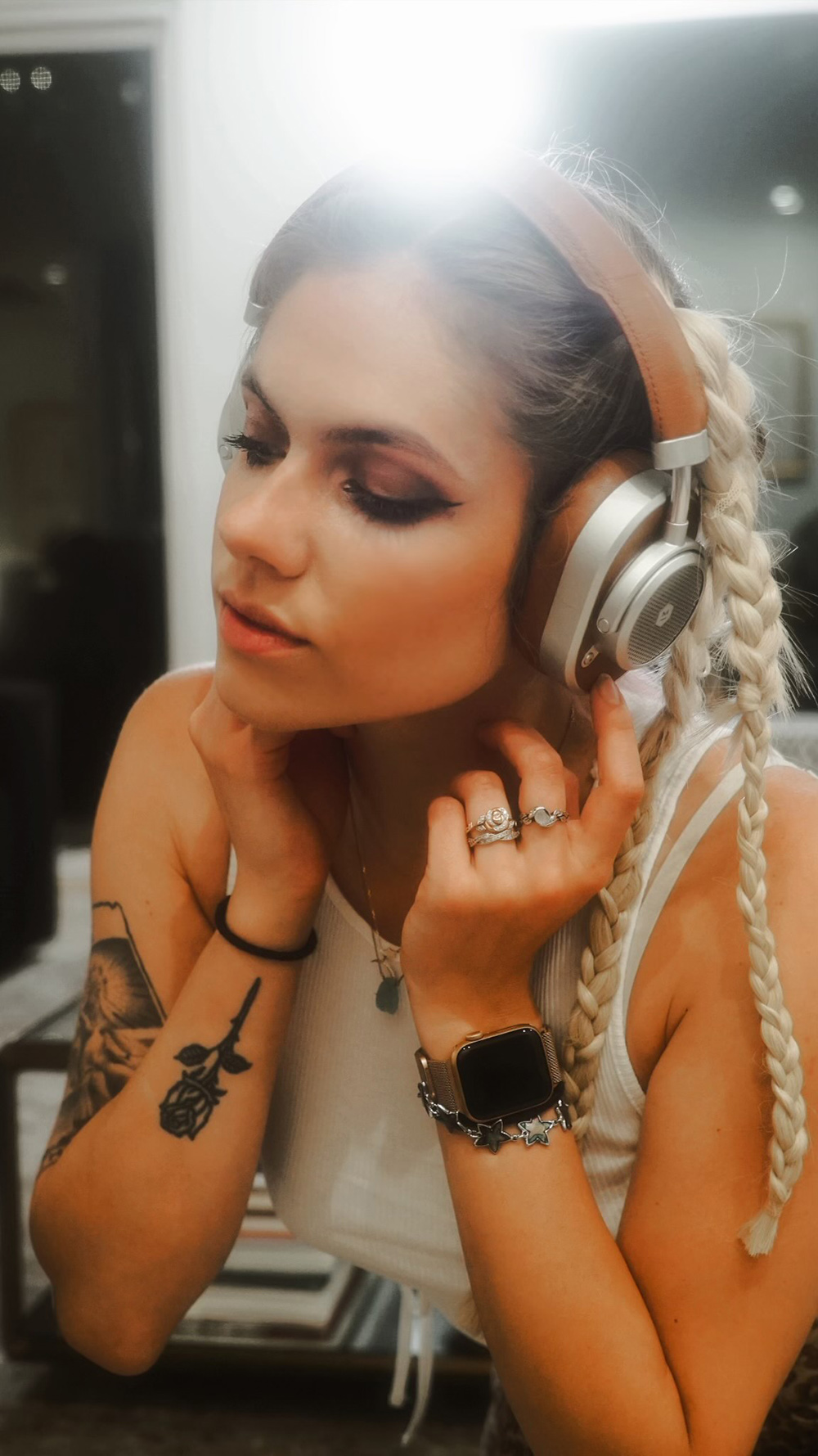 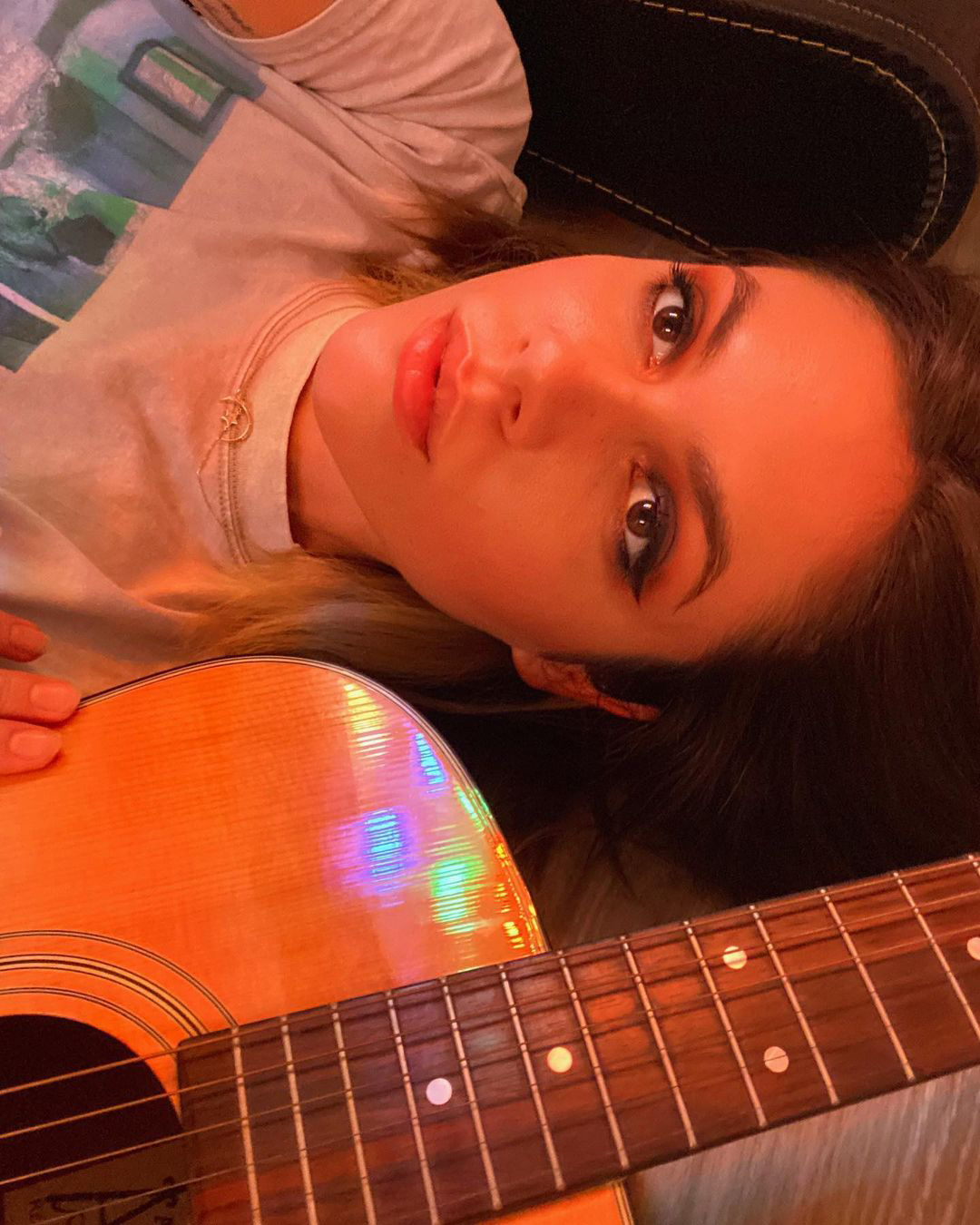 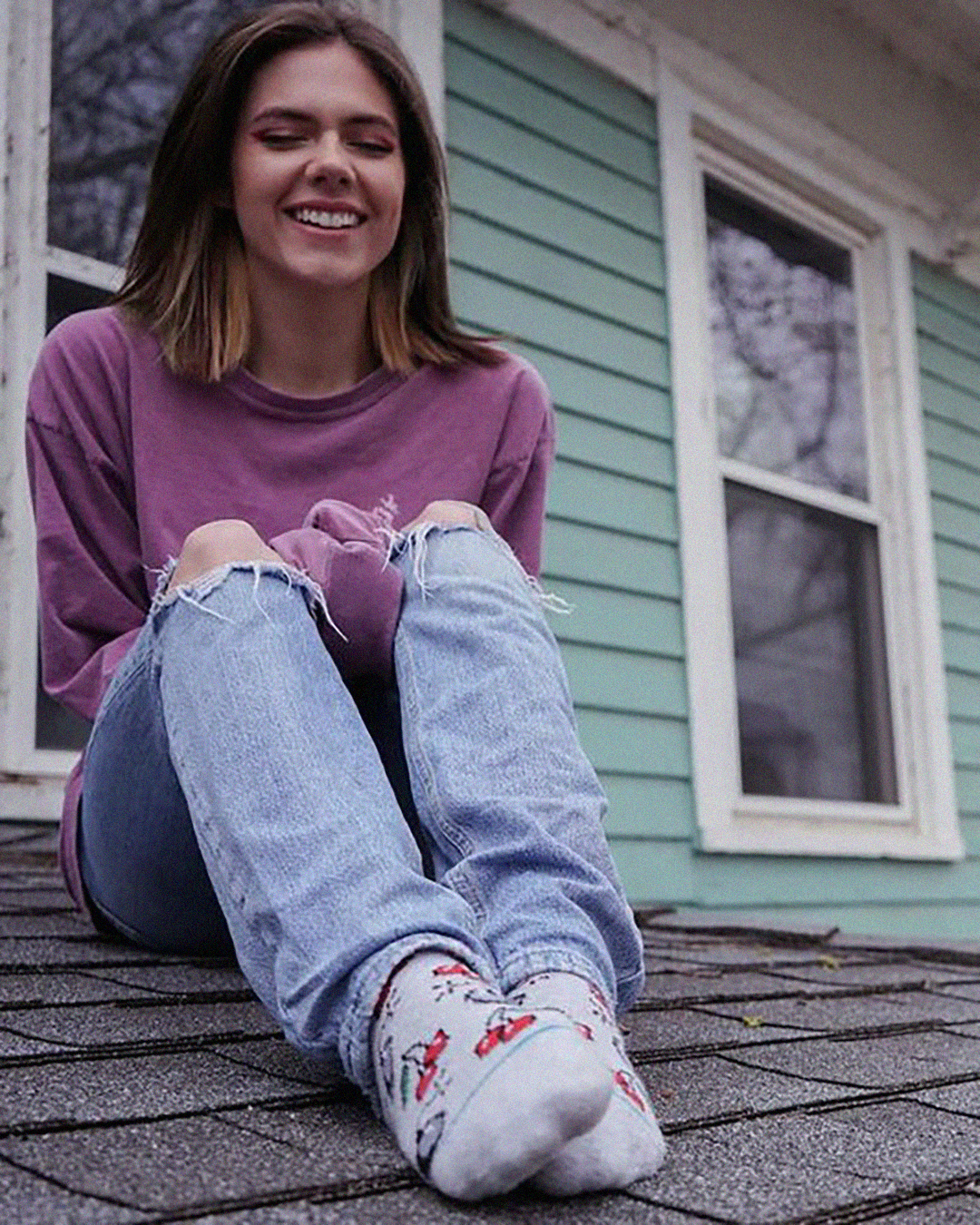 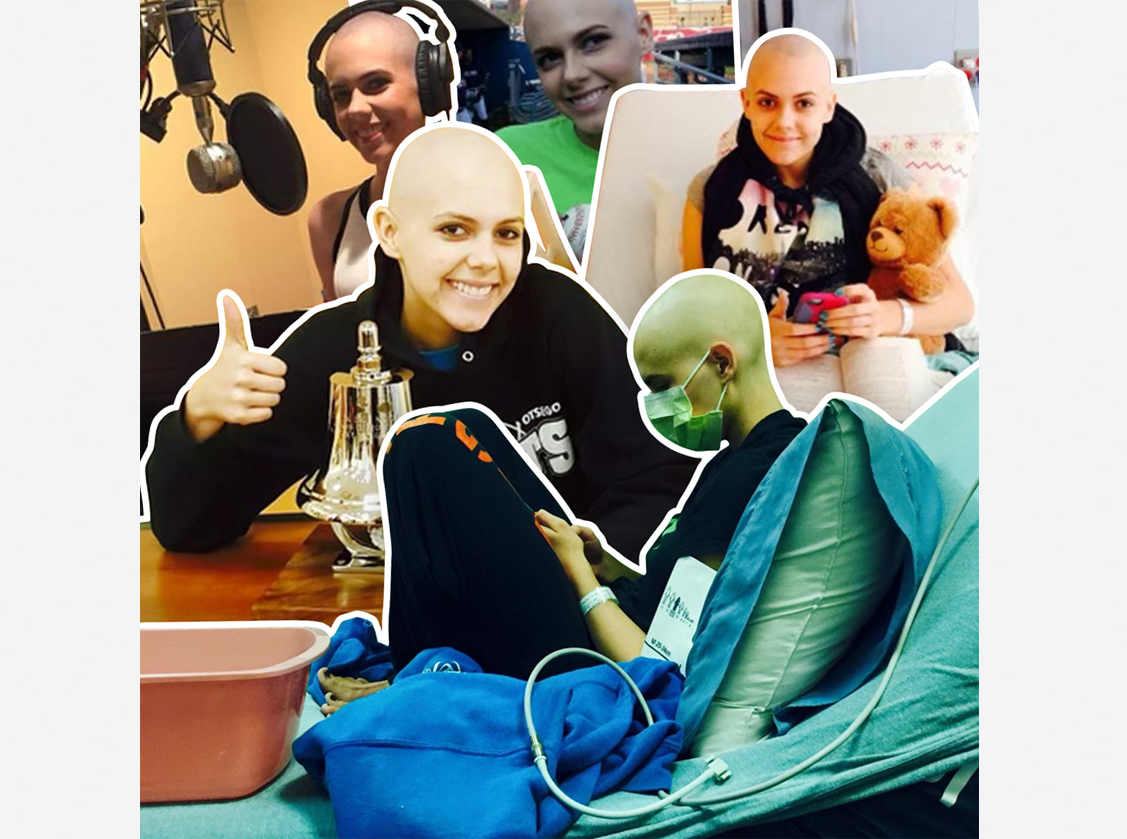 “I cried more on this day than I had during my whole fight with cancer. It was the beginning to a whole new chapter.” Caly Bevier
Related Stories