What if you could attend an intimate, curated, and underground show of some of the best local musicians and all you had to do was show up?

Sofar Sounds, "a global movement focused on bringing the magic back to live music," offers just that.

Since 2009, Sofar Sounds has utilized local volunteers to produce thousands of secret living room gigs in over 100 cities worldwide. The shows are "all about the music" with locations that are announced a few hours before the shows begin and attendees not knowing who will be performing until they arrive. The 10,000 caught up with Lucy Krakow and Christine Cook, the audio manager and the regional coordinator for Sofar NYC, to learn how this international volunteer organization keeps bringing great music and good vibes to cities across the world.

While the name Sofar Sounds was inspired by the idea of "sounds from a living room," the shows have taken place in venues that are anything but ordinary and on a much larger scale than that homegrown name suggests. From a converted Victorian dairy warehouse in London to the businesses City Bakery and Fishs Eddy in New York to a rock climbing gym in Nashville, Sofar Sounds does not limit itself to traditional music spaces. But for both Krakow and Cook, an Egyptian cave still stands out as the most memorable venue to date.

Sofar relies on local volunteers to both host and produce the secret shows and each city's team operates differently based on the local environment. The Sofar NYC team functions as a booking agent, production team, and day-of-show management for the New York events. This leads them to experiencing all the typical challenges of each role, like having to switch venues at the last minute, as well as the specific limitations of the urban apartments, such as a lack of central air conditioning in hosting spaces or a landlord kicking attendees out. Krakow and her team capture audio, video, and photography during every show, which can be particularly difficult given the changing circumstances of each performance. "The challenge with [Sofar] shows is the lack of consistency from artist to artist and venue to venue. Over time…you gain an understanding of what works in small, intimate spaces," Krakow says. For Krakow and the other organizers, these challenges are "creatively rewarding" when they see the completed content from each show, which allows Sofar to offer participating artists high quality recordings of their live music, in exchange for their time.

To curate event lineups, Sofar relies on the expertise of its city-based teams. As the regional coordinator, Cook's role for Sofar Sounds NYC is primarily to book artists to perform live in a small, intimate setting. "You may not know what an artist sounds like live and sometimes, artists can sound entirely different from their EPs…I try not to book bands unless I've seen a video of them performing live," she notes on her process. Sofar Sounds asks all artists to adapt their setup for a living room setting and recommends using small amps, minimalist drum sets, acoustic substitutes for electric instruments, as well as unamplified vocals. According to Cook, the best performances have been from bands that were excited to try something new. Some examples include UK-based beat boxer Reeps One, who integrated the sound of an audience member coughing in his beats, and Kiah Victoria, an electro-soul pop artist usually backed by a full band, who showed up with a toy piano and pots and pans in place of drums.

What really sets Sofar Sounds' shows apart and draws artists to perform is the shows' unique atmosphere and audience. Every event is invite-only and each attendee applies, submitting a brief explanation of "why they'd like to come." Through the intimate setting and attentive audience, the "performances become conversations [between the artists and audience]," explains Krakow. This was evident at a July show in a Battery City apartment, where the flirtatious tone of the lyrics and the eyebrow raises of The Cabana Kids' lead singer enraptured an entire room. The playful but intense vibe continued throughout the evening, only interrupted once when a plane roared overhead during Gracie and Rachel, an orchestral pop piano-violin duo, set. The audio engineer rolled his eyes, but kept on with his work – just a typical night's work. 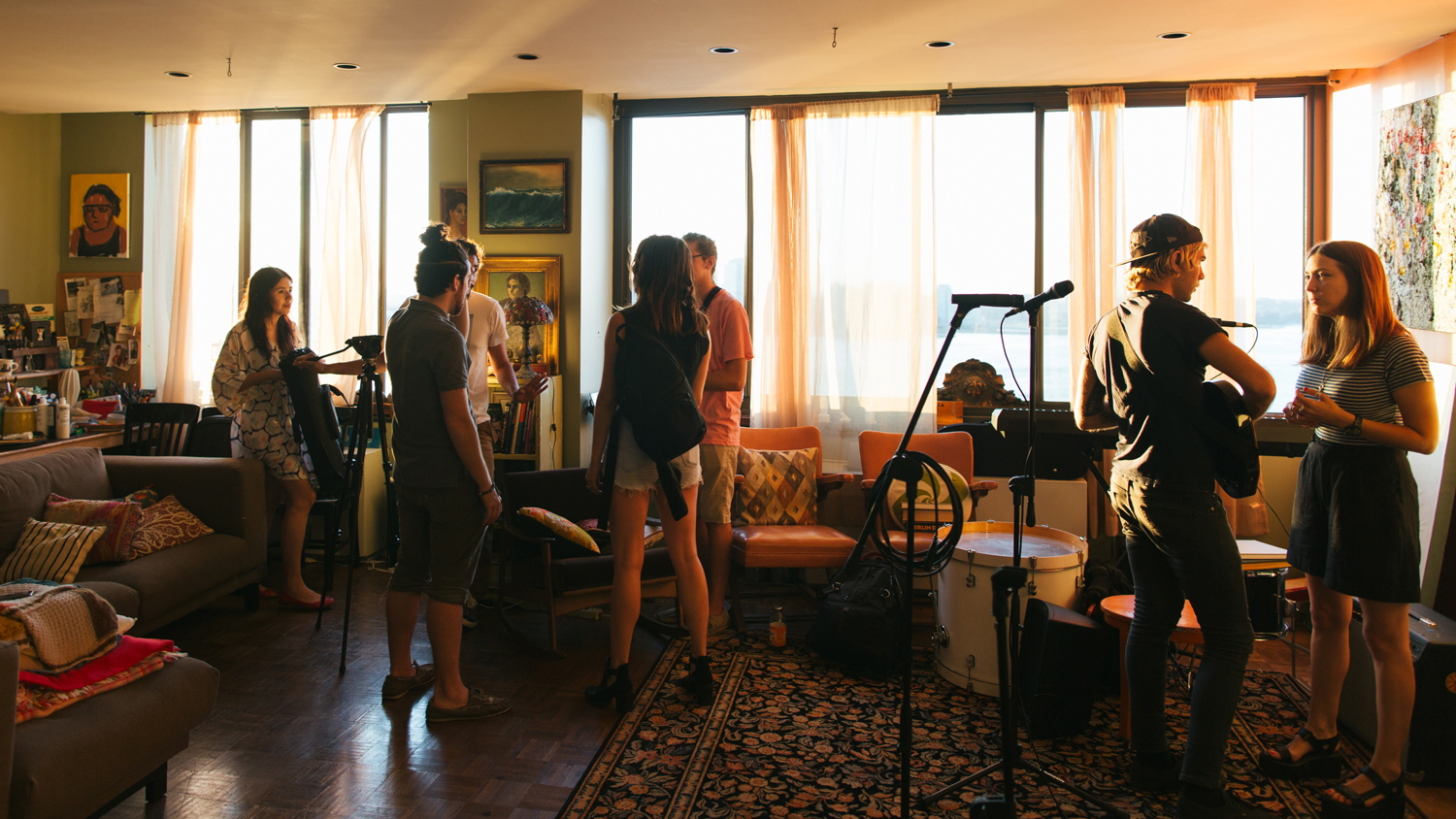 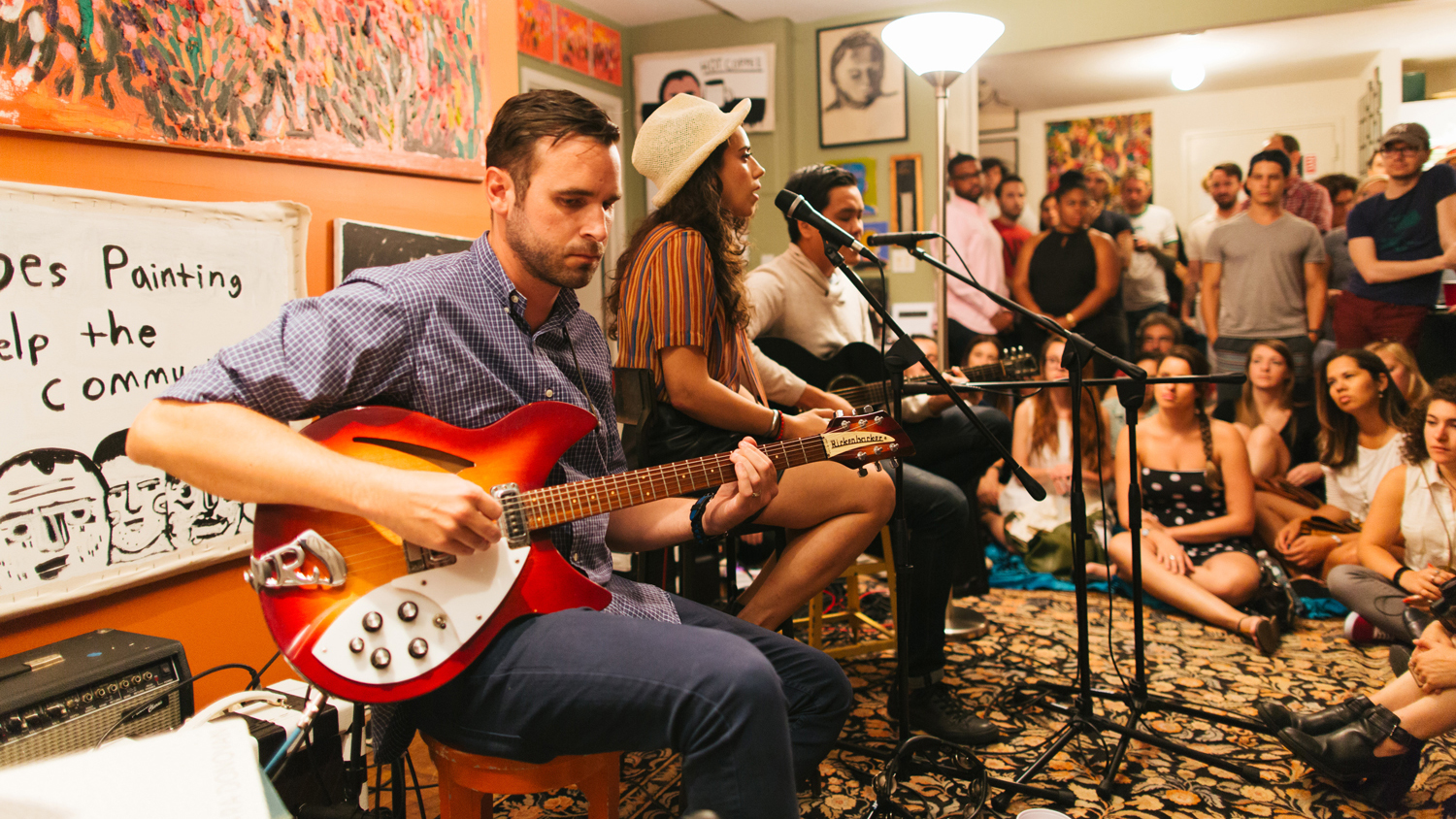 Inside the Secret Shows of Sofar Sounds
Related Stories