Two days before Thanksgiving, one of the busiest travel times of the year, New York City’s main artery is fit to burst, as hordes of New Yorkers make their way upstate for their many millions of turkey dinners. Not to mention the crowds of tourists, taking selfies in the Main Concourse (Grand Central is the sixth most visited tourist attraction in the world).

In spite of the urgent flow of locals and sightseers alike, not one but two wedding shoots are taking place, each at one of the two large, ornate staircases at either side of the cavernous hall. This must be one of the few train stations on earth in which a couple in full bride and groom regalia can pose without looking wildly out of place. The same certainly couldn’t be said for the nearby and far less visually pleasing Penn Station. Maybe it’s Grand Central’s cathedral like ceiling – the exact blue-green of copper patina – that lends the space so well to fancy and formal occasions.

“In describing it, the superlative degree must be kept in constant use,” the New York Times said of the plans for the transformation of Grand Central at the turn of the nineteenth century. What began was a construction project costing over $2 billion in today’s money, leading to the creation of what remains the world’s largest train station. It seems the superlative degree is  – to this day – a difficult thing to avoid when describing the space.

The station’s grand opening in 1913 was preceded by a decade of work on the original “Grand Central Depot” conceived by Cornelius Vanderbilt and opened in 1871. On the design team for the new structure was a cousin of the Vanderbilts, Whitney Warren, who had studied at the École des Beaux Arts in Paris. So it’s not surprising – given Warren’s training and the vast amount of money funnelled into the endeavour – that what resulted was a Beaux-Arts style building to rival all others in the world. But, with its glass catwalks in particular, the terminal is also considered by many to be a forerunner of modern architecture.

So how did such a beautiful (and functional) behemoth end up on the verge of condemnation by the 1960s? Generally, the blame has fallen on air travel and highways, both of which were growing in funds and popularity – threatening to make rail travel obsolete. But Jackie Kennedy Onassis (for one) knew style when she saw it, and hit back against developers’ plans to demolish Grand Central. “If we don’t care about our past, we can’t have very much hope for our future,” she said in a press conference outside the station’s Oyster Bar (name another station that can boast such a thing) in 1975. What followed, in 1978, was the Supreme Court’s official recognition of historic landmarks, and the importance of their preservation.

Today, looking up at the station’s ceiling with its celestial mural, it’s hard to picture a wrecking ball bursting through it. Or who, in their right mind, could allow such a thing. Angry astronomers – perhaps – who have noticed the slight inaccuracy of the mural, which was accidentally painted with the sky in reverse.

Nearby, the terminal’s world famous clock tops the information booth. With its four opal faces, Sotheby’s and Christie’s have estimated its value to be over $10 million. What’s more, like every other clock in the station, it’s set to the time of the Naval Observatory in Maryland, accurate to one second every 20 billion years. Again with that perfect union of form and function.

The secrets of Grand Central are many and varied, with everything from a hidden platform (61) once used to carry Franklin D. Roosevelt directly into the Waldorf Astoria Hotel, to a “whispering wall” between the Main Concourse and Vanderbilt Hall. With the space’s grandeur and slight scent of mystery, it’s not surprising that it’s captured the imaginations of the many movie directors, who have shot within its walls. Alfred Hitchcock was a particularly noteworthy Grand Central fanboy, having featured the station in North by Northwest.

From its initial construction in the 1900s, via its renovation in the 1990s, to the present day, the terminal has served as both a convenience and an architectural wonder. All the while, the opal encased clock ticking on, with military accuracy. Therein lies a lesson about resilience that’s worth pondering while sitting on one of the steps of the grand staircases, sipping a coffee munching on a black and white cookie from Zaro’s. 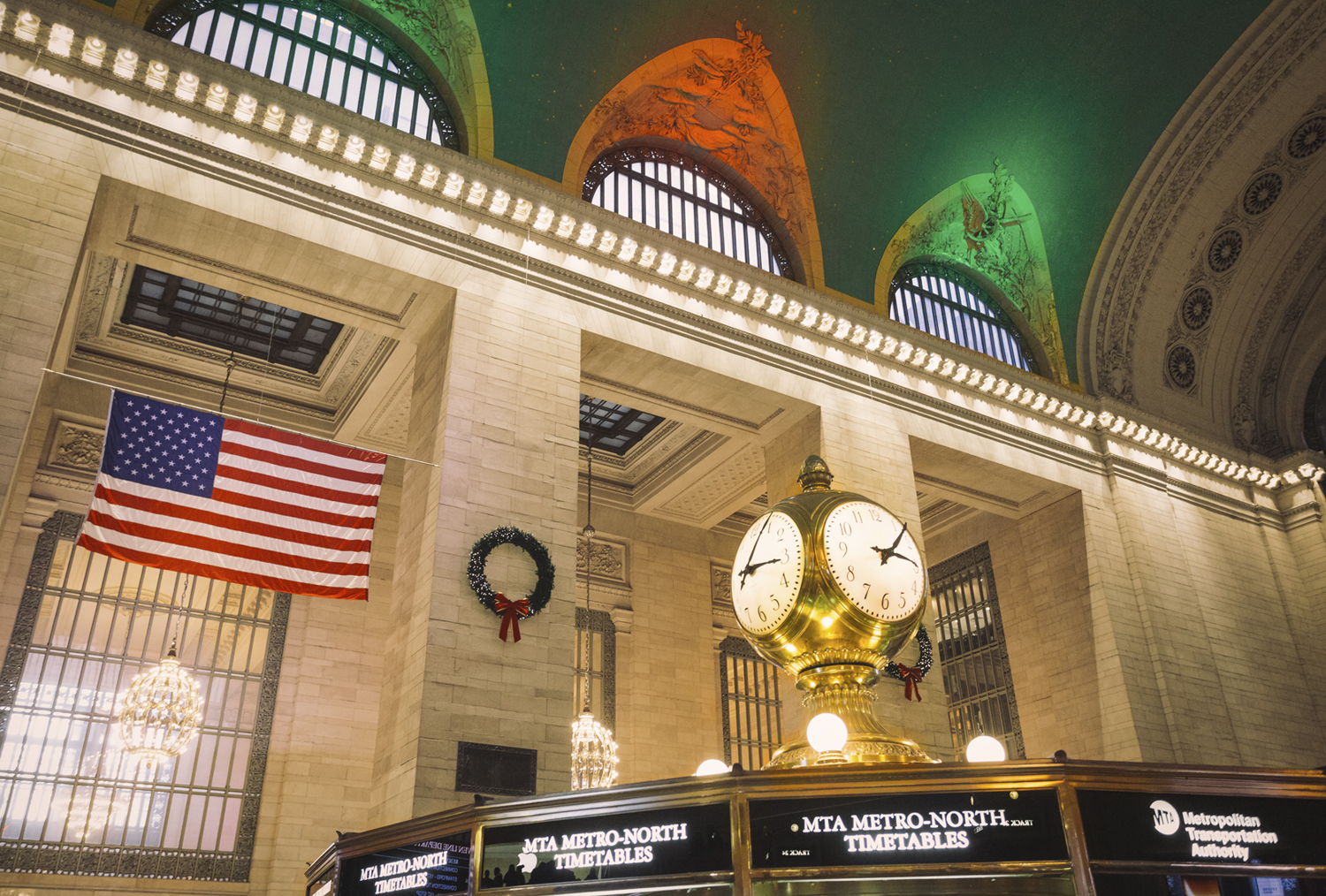 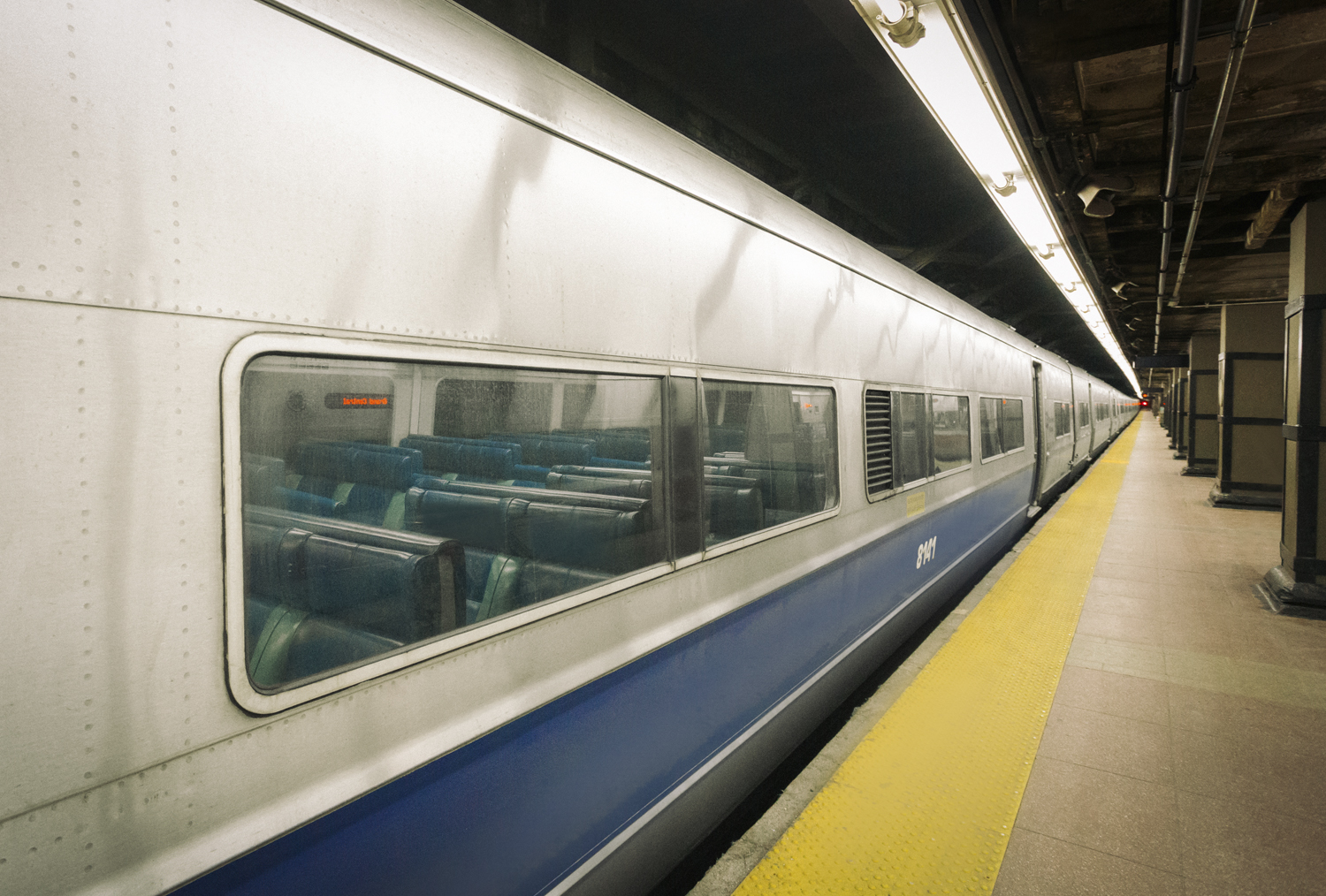 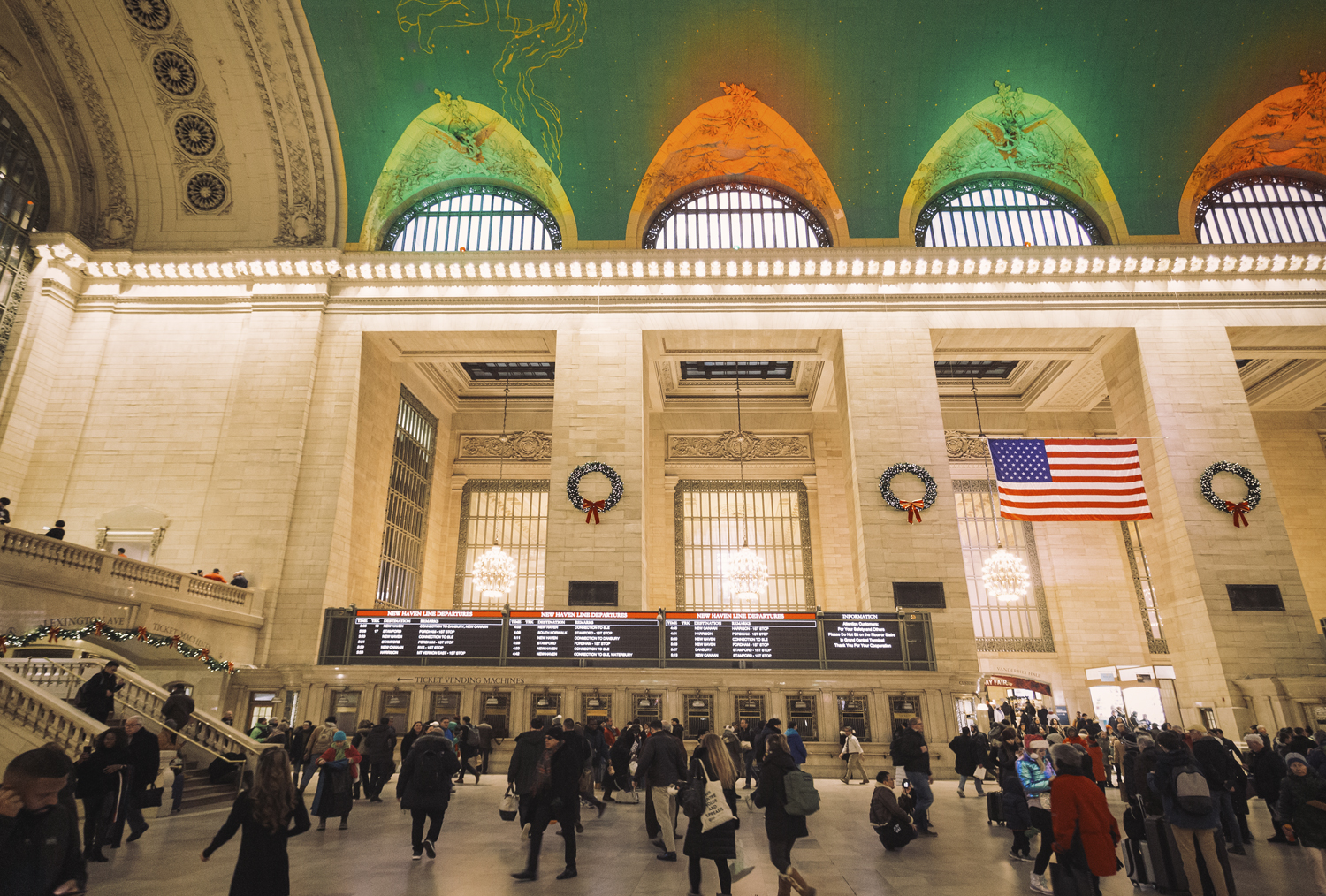 View of the Main Concourse 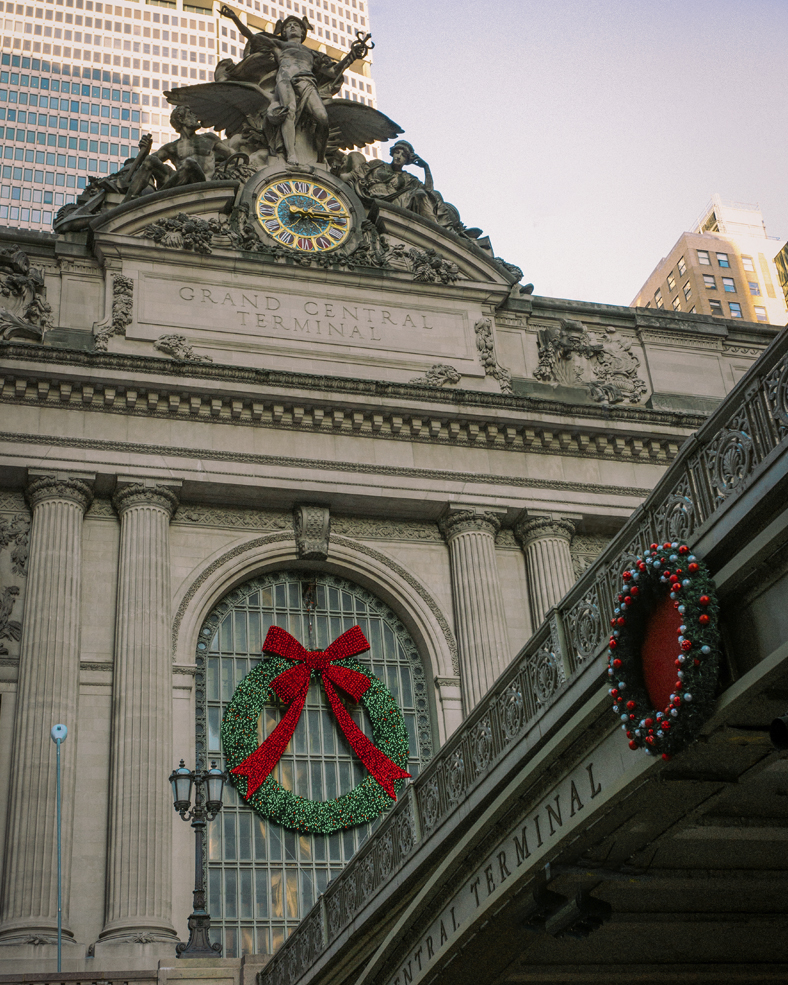 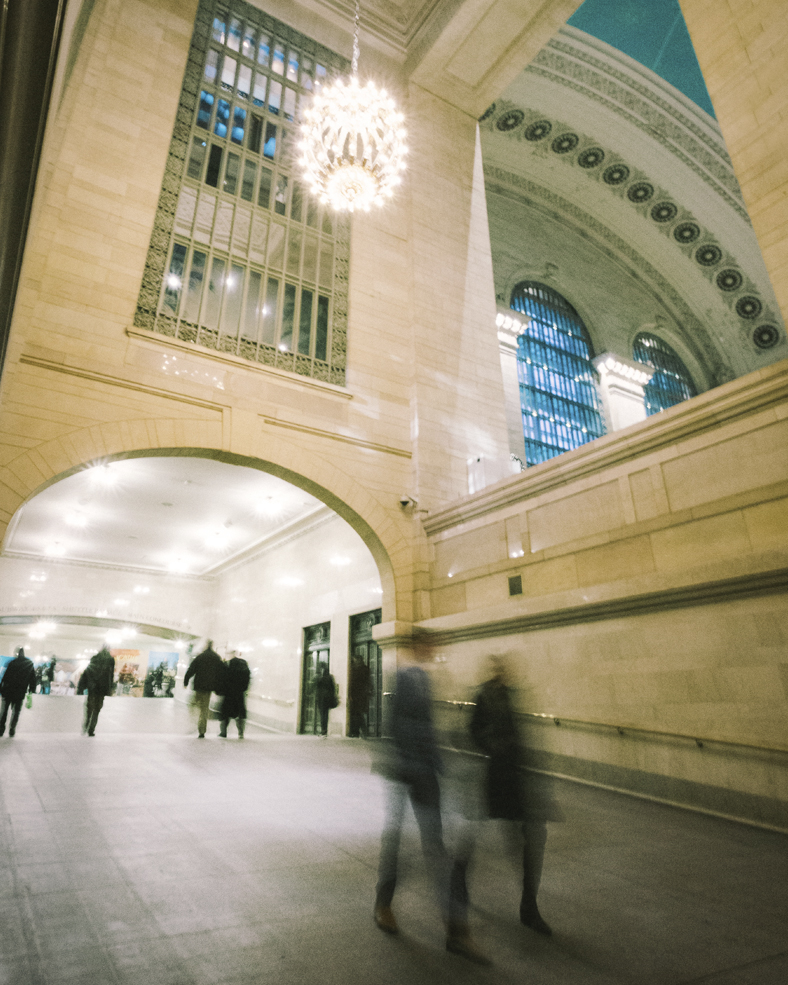