The Making of An Audiobook

Here at Master & Dynamic we're obsessed with all things sound and creativity, so we decided to explore what goes on behind the scenes in the fastest-growing segment of publishing: the audiobook, a medium which combines literature, creativity, and high-quality sound.

We sat down with Kat Lambrix, an award-winning audio producer at Audible, the largest audiobook producer and retailer in the United States. Kat spoke with us about what she does, what goes into making an audiobook, and her favorite audiobooks of all time.

How did you get your start at Audible?

I was an art history major, and my first job out of college was producing audio tours for museums. I spent the better part of a month in a recording studio, and realized I loved it there. I then went on to manage that recording studio, cutting my teeth on the technical side of the business. When a position on the production side [at Audible] opened up, [a friend] sent me the job listing. Almost nine years [later], here I am.

Tell us about your role. What do you spend your days doing?

I have a dual role: I flex my creative muscles casting and directing books, and I engage my practical side managing Audible Studios' production flow from start to finish. Casting and directing means lots of time reading, working with actors, and sitting in the studio. Managing production is about creating and refining processes, reporting and analyzing how we do things and how we can do them better. There's no "typical day" for me, which is one of the best things about my job. On any given day, I could be in a studio in Malibu, running a narration workshop at a university, or sitting in meetings with any of the fantastic teams here to work on new initiatives for our listeners.

Where do audiobook narrators come from?

Almost all audiobook narrators are actors. When you're on that side of the glass in the studio, it's your job to tell someone's story. Actors know how to modulate their voices, how to express emotion with only their voices, and how to tell a great story. The conversion from a stage-and-screen actor to an audiobook narrator isn't that difficult, and lots of folks find storytelling to be a great part of their acting repertoire.

How do you choose which people work on which projects?

Reading a book will usually be all we need to do in order to cast it. The words will tell you who the main character is, where they're from, what their background is. Even if the book is told in third person, you still get tons of clues from the text as to who should be telling this story. After so many hours in the studio and all the listening I do on my own, a narrator's voice will usually pop into my head as I'm reading. Sometimes it's a specific person; sometimes it's a more general feeling of "who's telling this story" that I can then go back and match with an actor.

You also work on workshops that teach the craft of audiobook narration. Tell us about that.

I love teaching; it's a great way to both find new talent and see what's happening in the acting community. The workshops I've done focus on taking stage and screen actors (or those who are in training) and teaching them how to use their voices only to convey emotion, to tell a story, and to engage a listener. Narrating audiobooks is a really intimate thing — you're literally right in someone's ear. I teach actors how to dial the volume of their voice back, [and] use other ways — pacing, modulation, their own mental imagery — to tell a story and convey emotion.

What's your favorite audiobook (and who narrates it)?

This is a really hard question. Can I give my top three?

Ernest Cline's Ready Player One, narrated by Wil Wheaton — Wil Wheaton and Ernest Cline, like me, are true children of the '80s. This book is the ultimate homage to the decade. It's a great story, chock full of pop culture references and characters that you come to love (along with one you totally despise) as the story develops. Wheaton's narration is stellar — he really commits to the story and draws you into it. It makes me feel totally okay about my nostalgia for the decade.

Charles Frazier's Thirteen Moons, narrated by Will Patton — This one is a beautiful portrait of the American west, narrated by someone who has a true love for it. Patton's telling of this story brings the entire thing to life; it's a book I can listen to over and over again. This was a great pairing of book and narrator — the tone of Patton's voice matches the beauty of the writing perfectly.

Charles Dickens' David Copperfield, narrated by Richard Armitage — I just started this one, but it's already in my top three. You can't ever argue with Dickens, and Richard Armitage's love of Dickens and storytelling comes through loud and clear. This is the longest book in my library, coming in over thirty-six hours, and I'm really excited to have so much time with the story (and, let's be honest, Richard!)

Oddly, I've never read any of these books in print. I first came to each of them in audio, and my experience of the story is so intimately tied to the narrator's voice in each case that I don't think I'd want to read them in print.

What was your favorite audiobook you worked on recently? What do you think made it so great?

John Scalzi's original novella The Dispatcher, read by Zachary Quinto. It's a short one, clocking in just under two and a half hours, and a great entry point for folks who haven't listened to an audiobook before, or listeners who haven't done much sci-fi. I'll never forget how loudly John Scalzi cheered when we told him who was narrating! Being in the studio with Zach was a blast — he's a super committed actor, and extremely talented. I think our listeners could hear all that dedication and enjoyment of the story come through in his voice.

What sound tools do you use to get the best possible audiobook?

Audiobook recording is a pretty simple thing. All you really need is a good mic, a quiet booth, and then the actor does the rest. 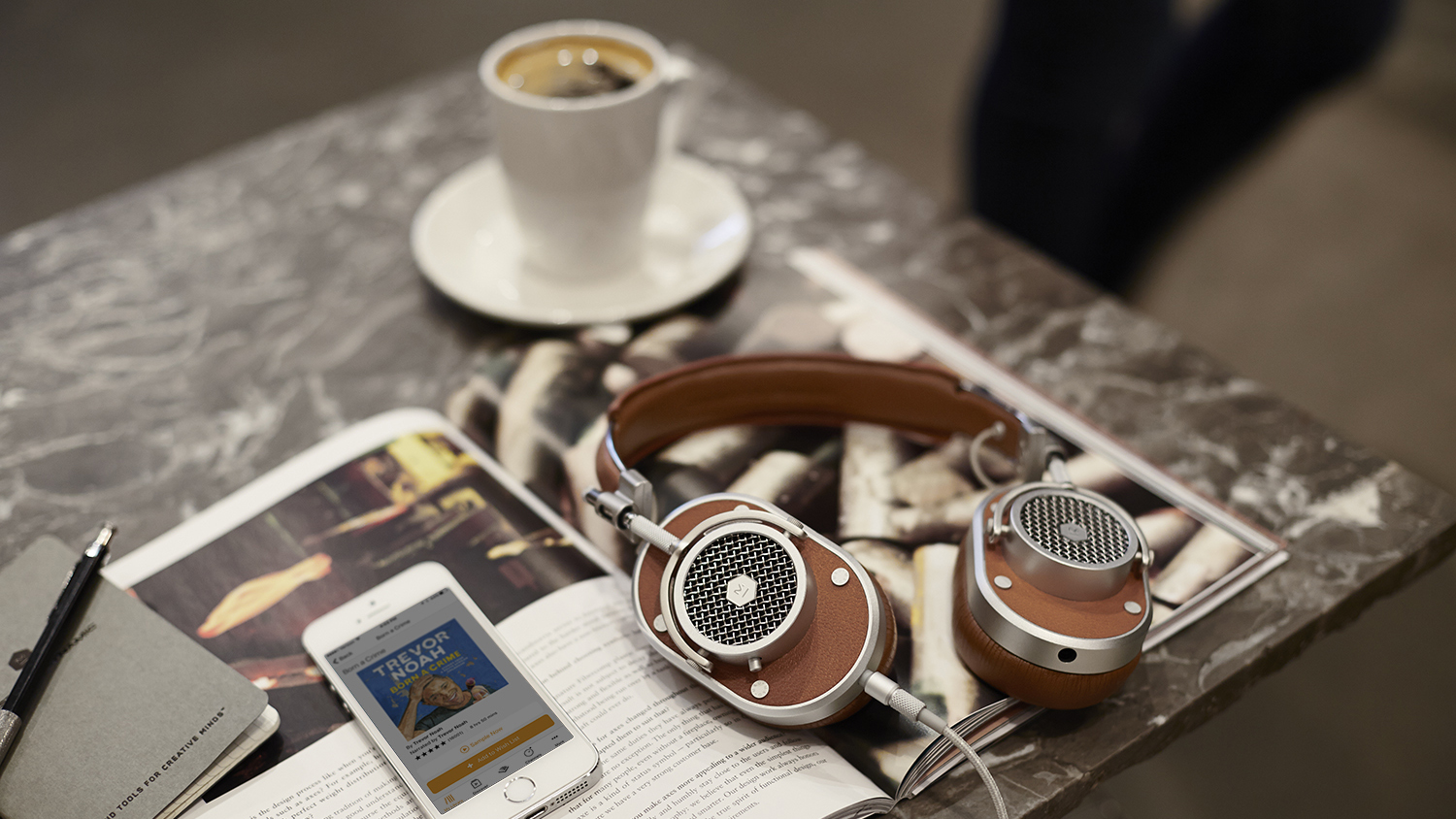 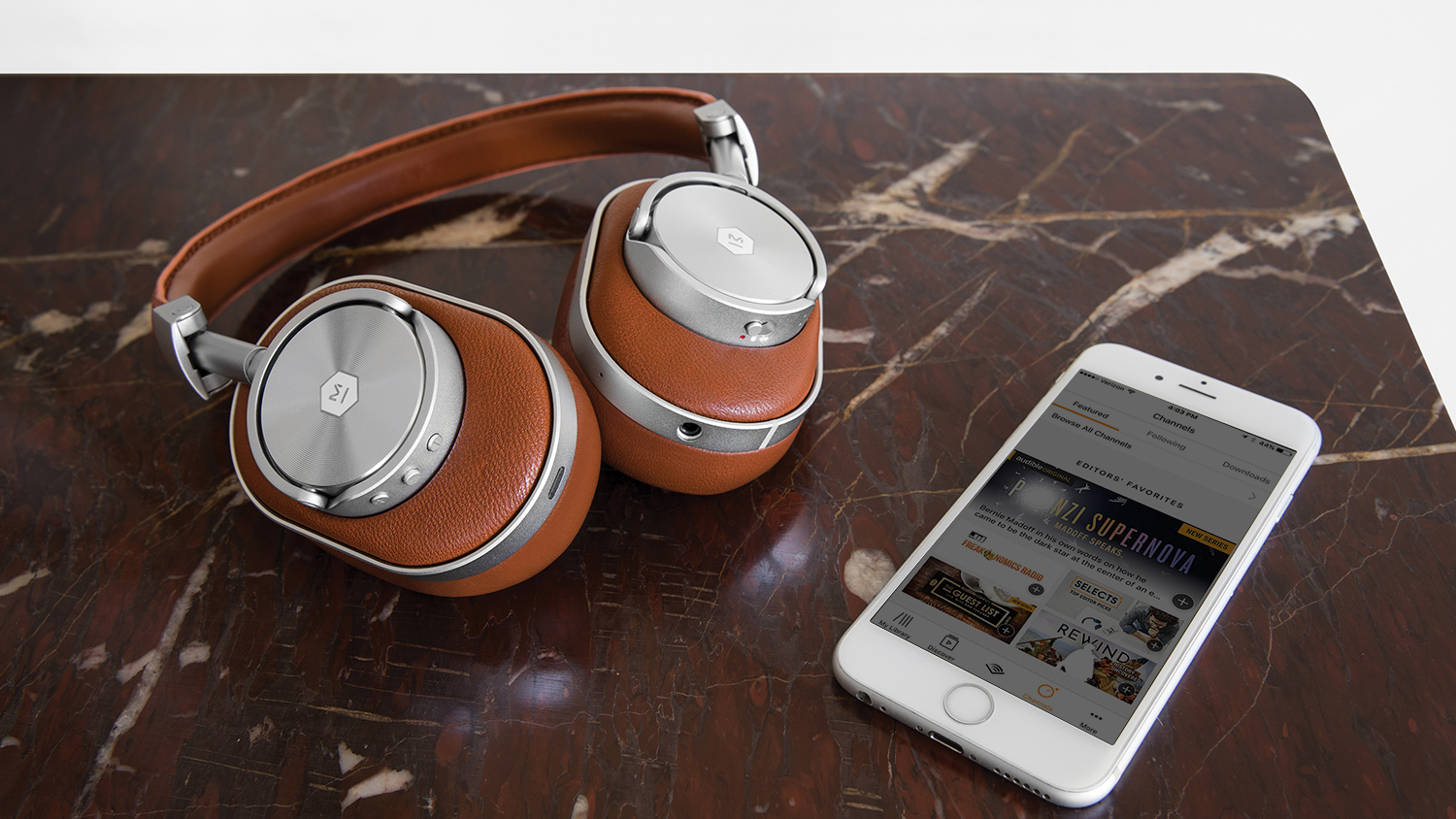