No Sleep: Stretch Armstrong on the Halcyon Days of NYC Nightlife

When choosing where to photograph DJ Stretch Armstrong for an article on his new book No Sleep: NYC Nightlife Flyers 1988-1999 (co-written by Evan Auerbach), our options were limited.

The book tells the story of the glory days of the New York City club scene of the late '80s and '90s through flyers — the primary method of communication back then. Flyers have since been rendered obsolete by the internet, much in the same way nearly all the clubs mentioned in the book have been torn down or repurposed as apartment buildings, retail outlets, or banks.

Stretch pointed us toward what was once Red Zone on West 54th Street. While it's no longer a club, the building doesn't look all that different on the outside than it did twenty years ago. There we chatted with the legendary DJ about the inspiration for his book, what he remembers best about the old club scene, and what, if any, remnants of the scene are around today.

What inspired you to collaborate on this book? How did you go about collecting all the flyers featured?

The book starts in 1988, which is when I first started going out, and just a little bit before I started actually DJing in clubs. From day one, I held on to flyers as much as I could, especially when my name was on them. I continued to do so until printing technology developed to the point that flyers started to look too professional. A few years ago, [when] preparing material for the Stretch and Bobbito documentary, I started to go through my archive. Around the same time, Evan Auerbach, Peter Oasis, and I initiated a conversation about collaborating on a project, and we decided to do a flyer book. Initially Evan wanted to do a hip-hop book but I was adamant that the book have a wider lens, because I wanted to convey how the different scenes coexisted and overlapped back in the '80s and '90s.

The book's foundation was my collection, which I used to create a structure, and once that was established, we reached out to people we suspected would be holding [onto] flyers, and asked them to contribute. That process was great because it led to so many conversations about personal experience, many that involved nights I was involved in but had long forgotten.

The book talks about how DJs were "celebrities in their own right." Tell us a little about that. Do you feel that attitude persists today?

DJs were a different kind of celebrity then. They were respected as gatekeepers, as connoisseurs who, by virtue of their access to music, their tastes and presentation were followed. Back then, club music wasn't everywhere. It existed to a degree on the radio on weekend mix shows, but for the most part, the club was where you learned about new music and got to hear music the right way. Requesting music from a DJ just didn't happen back then. It would have been seen as disrespectful.

In the book, you quote Jessica Rosenblum as saying, "Hip-hop wasn't a part of mainstream culture like it is now; it was considered undesirable." That seems unfathomable today. Why do you think that is? Do you feel like you personally helped move hip-hop into the mainstream? And is that preferable to its being more on the fringes?

It was complicated. The city regularly came down pretty hard on hip-hop parties. They certainly had legitimate reasons — shootings, fights — but racism was a part of it, too. As a promoter, even if you had a positive crowd, it was tough to convince a club to let you throw a party if you were trying to throw a hip-hop party. That's just one of the reasons [why] what Jessica was able to accomplish was so monumental.

I'm sure I helped grow hip-hop. I know that many kids in the tristate area were introduced to hip-hop via my radio show, and I think in many cases, the fact that I was white but was respected sent a message to other white kids that they could be a part of the culture and be themselves. But it's important to remember that what I did on the radio was initially a presentation of the best in hip-hop; [yet] as the genre grew, [it] turned into more of a resistance to the mainstreaming of it. Artists' attempts to cross over were really corny much of the time.

"House music served as a safe haven for myself and for many clubgoers who sought freedom in dance, fashion, expression, and lifestyle.'"– DJ Spinna. Tell me more about the idea of the club scene as a haven.

For many people, particularly those who struggled in their day-to-day existence to make rent, to earn a living, to avoid the pitfalls young people may encounter in the inner city, or dealing with being discriminated against because of their sexual orientation or race, the club, and particularly the house club, was an oasis of safety. You could be whoever you wanted to be without judgment, listening to music that was positive and uplifting — some would even say spiritual — in its celebration of life and love.

What moments stand out to you? Which clubs and artists?

My most memorable nights — the ones that seem to be permanently etched into my brain — are:

Nell's in '87-'88. Frankie Inglese's taste was impeccable, playing new hip-hop, new house, R&B, and club classics, from a DJ booth on the dance floor in a room that had a low ceiling, incredible sound system, and — equally important — virtually no lighting. It was dark, and people got down.

Mars in '89-'90. Duke of Denmark, a DJ who doesn't get enough credit, was the resident at a party called Trip on the second floor. Duke would spin to a hip-hop crowd that really liked to dance, while the Almighty Kay-Gee of the Cold Crush Brothers emceed. From week to week, a who's who of emcees would show up and, unannounced, get on the mic and rhyme over original breakbeats cut up by Duke: LL Cool J, KRS, Ultramagnetic, Jungle Brothers, Chuck D, and more. Duke, who had really great taste and was into dance music, started introducing classics and house to the Trip crowd, each week playing a little more than the precious, to the point that the night had a split identity: Up to 1:30 or 2 AM it was hip-hop, but from then on, classics and house. Duke really trained this crowd. Every week he would play the gay anthem "I Was Born This Way" by Carl Beam and in time, it became a staple. I remember hip-hop dudes asking him when he would play it. They loved it, despite the hip-hop scene being so homophobic.

How much of the '80s and '90s NYC club culture survives today, and how do you feel about the state of the culture today?

As long as there is music and young people, there will be clubs, and as for NYC, I don't doubt that there are great parties. But I think the difference between now and then is that [now], young people live in bubbles. Because of the Internet, they can be into all kinds of music from different scenes, even different cultures and countries. That's great — but it doesn't beat the real thing. Clubs, from what I've experienced, aren't filled with the same variety of people they use to have. The club as melting pot, where people from vastly varying neighborhoods, income brackets, nationalities, etc., seems less prevalent now. 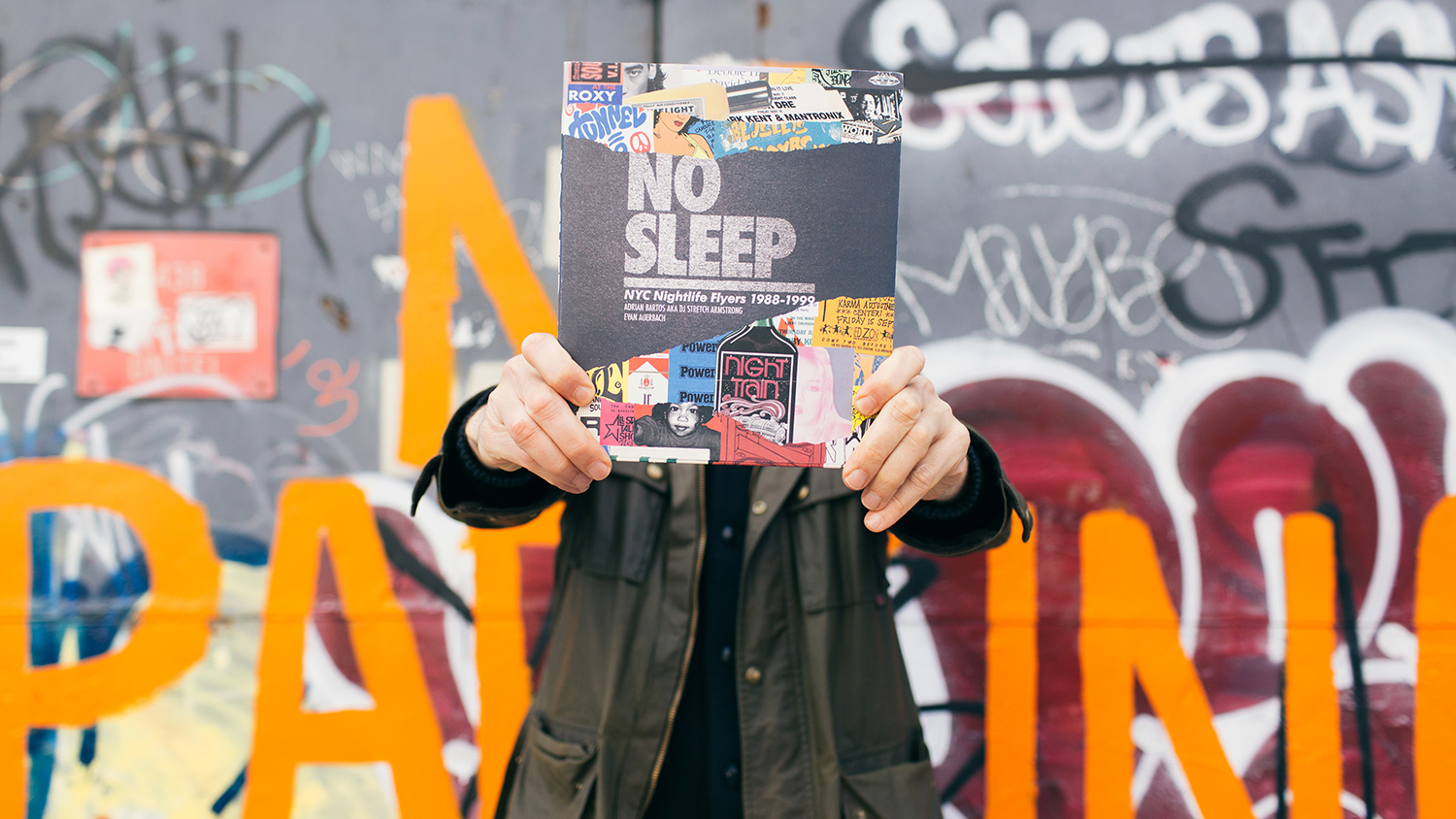 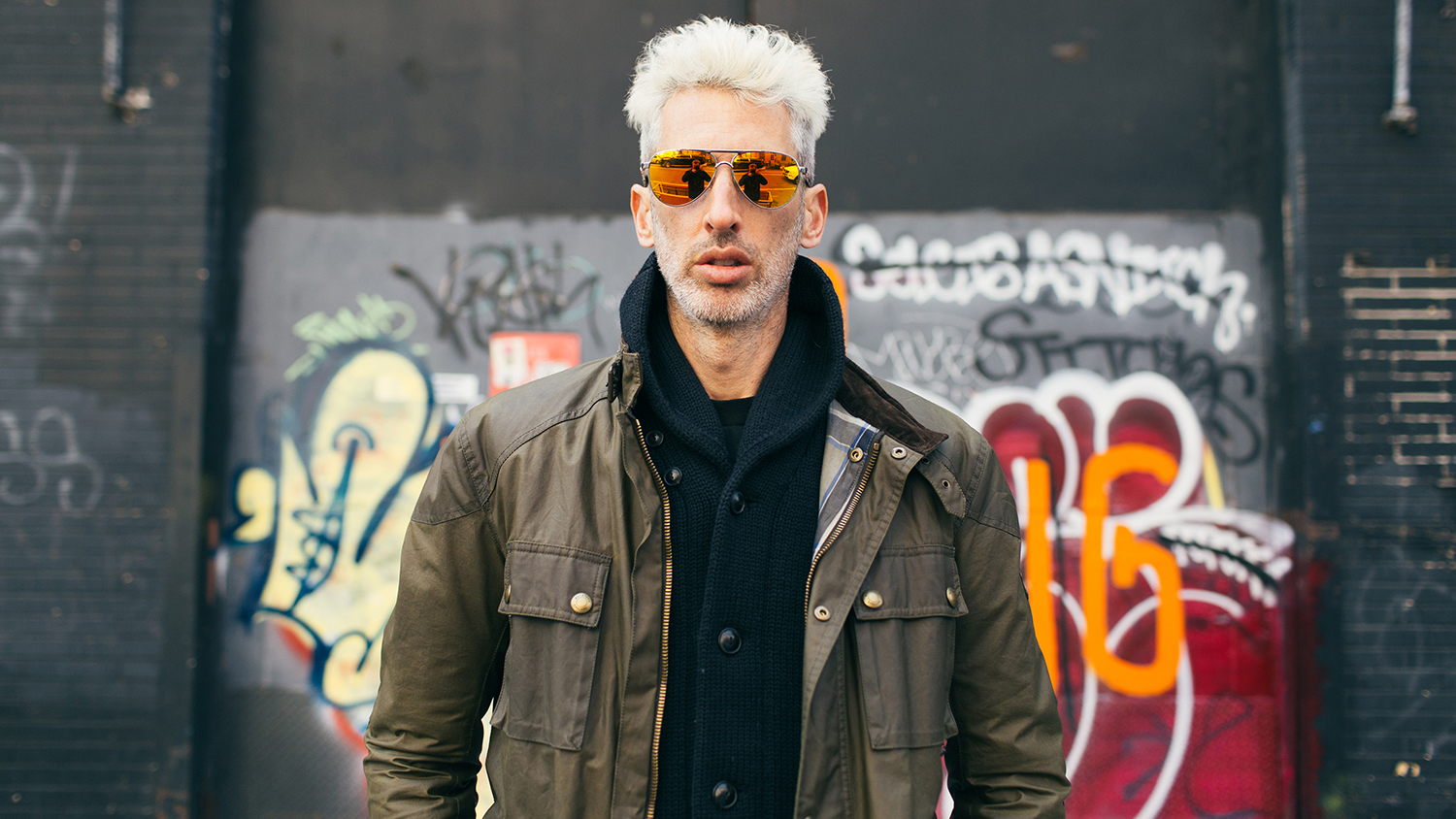 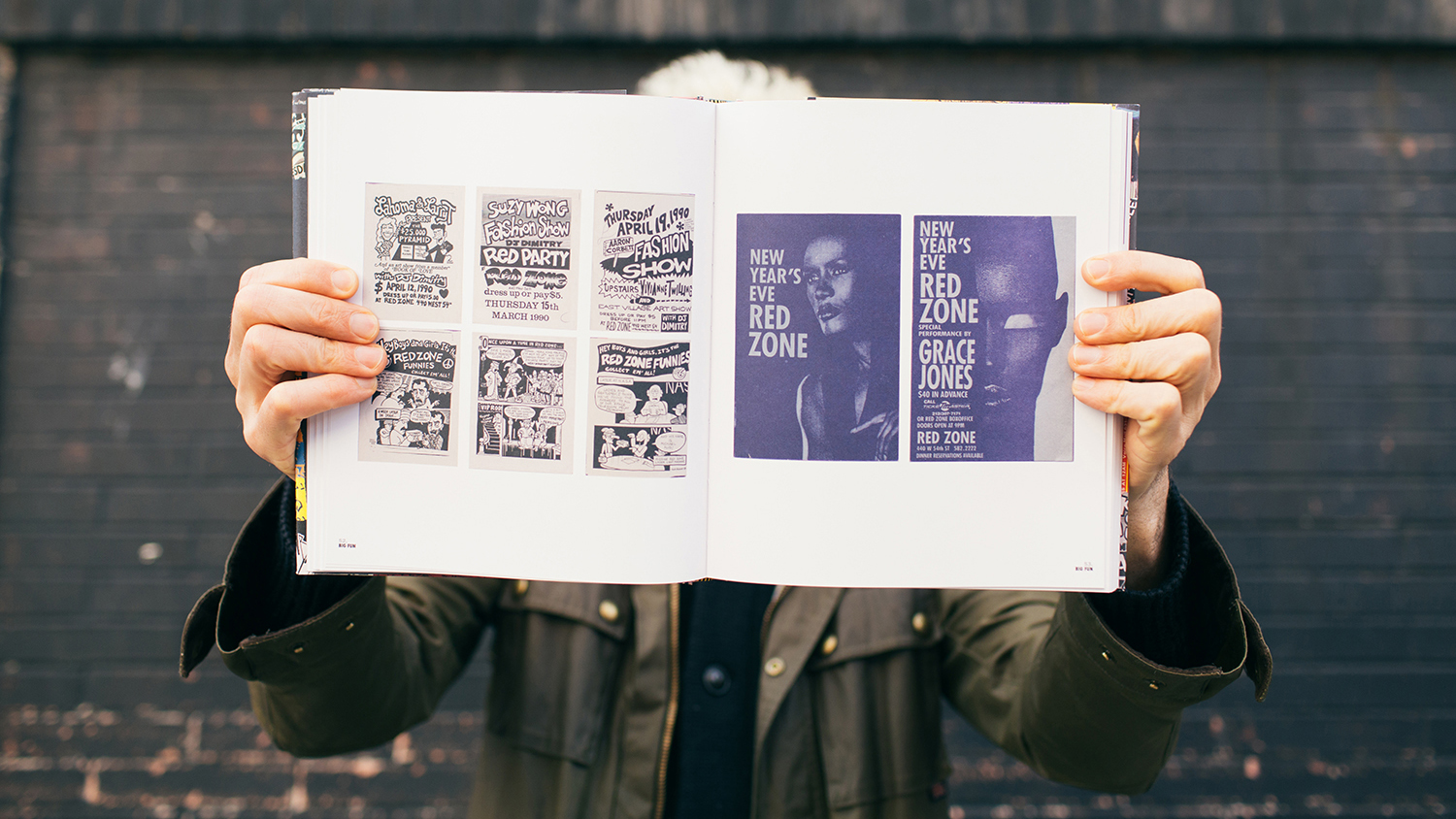 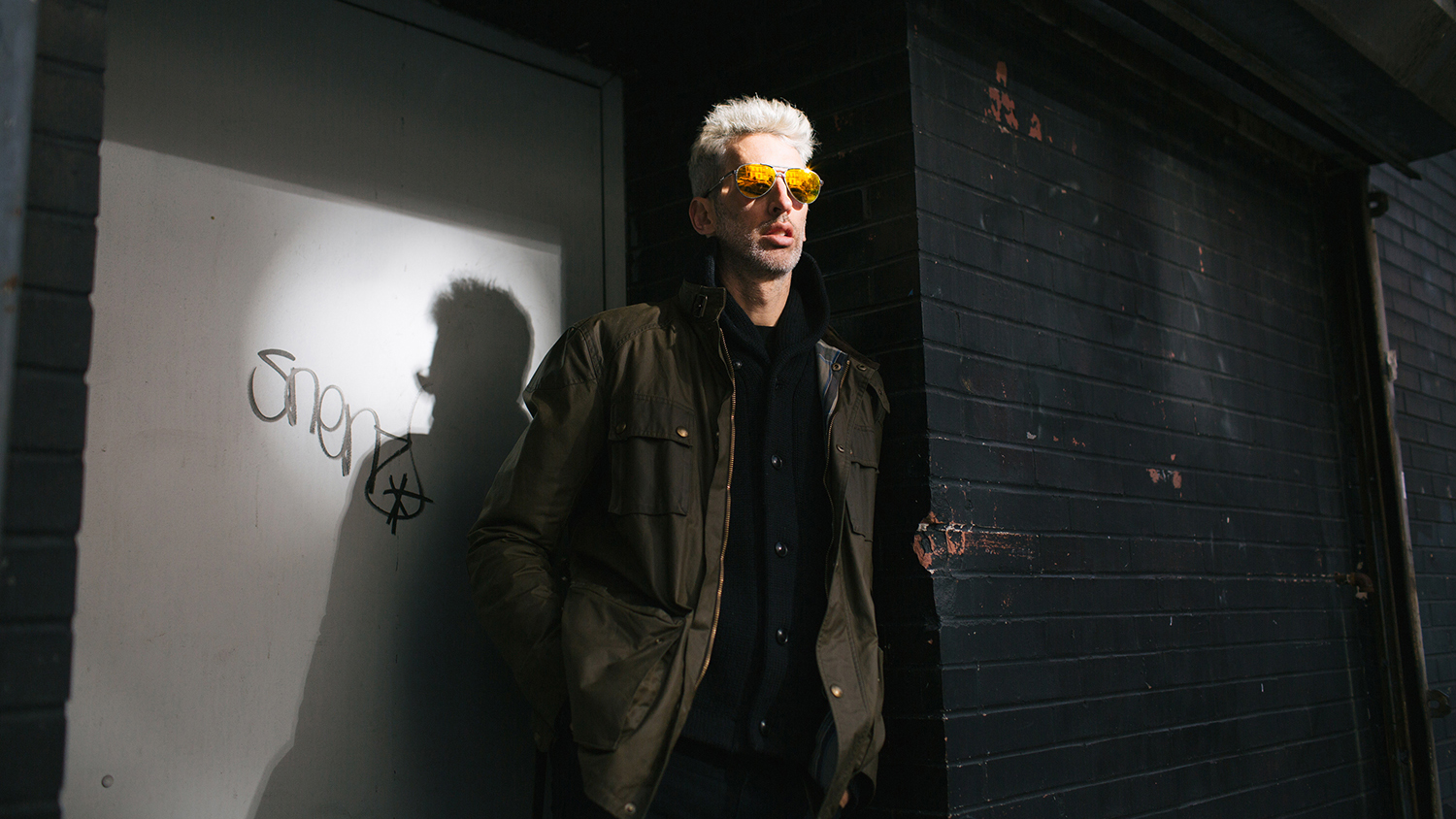