Captivated by the intersection of science, technology, and art, Micah Ganske is a self-described futuristic nerd. His work explores the convergence of these three fields, through combining technology and more traditional mediums.

A current resident at Pioneer Works: Center for Art and Innovation, Ganske is exhibiting works from "Tomorrow Land," a series of paintings based on architectural models he created with the computer program, Lumion. Haunting, mysterious, and thought provoking, the paintings depict aerial views of modern-day, abandoned towns that are partially enshrouded in shadow. Though the shadows evoke a sense of darkness, Ganske considers the paintings to be hopeful. He explains, "to me, those shadows of the technology I'm projecting are representing how awesome the future is going to be. It's like realistic optimism." The exhibit "acknowled[ges] the fact that we will constantly screw things up along the way because we're human, but that we'll always find a solution and manage to take steps forward and improve the future."

His next solo show, "The Future Is Always Tomorrow," expands on Ganske's previous explorations into artistic and technological overlap through pieces created by a 3D printer.

For the technologically inclined, the show is a treasure to discover. Ganske describes his introduction to 3D printing as addictive. He explains, "[when I] saw something I designed get spit out by a 3D printer, I was hooked. For a futuristic nerd, the first time you have a 3D printer in your house, it's just like, wow!"

Though the presence of 3D printing has steadily increased over the past decade in labs, universities, and art studios, the dynamic and exquisite models Ganske produces using the technology is mechanically astounding. The process, he explains, is one of creative and technical mastery. After designing a 3D rendering, the model is processed by computer software that divides the design into a series of layers, then translates it into a G-code file that contains unique instructions tailored to the printer itself. The printer, in a timeframe of several hours to several days, creates an impeccable 3D model of the artwork imagined by the artist himself. This connecting force between man and machine acts as the catalyst to Micah Ganske's creativity.

With the 3D printer as his partner and futuristic mechanics as his muse, Ganske has always been a student of technology. As a child, Ganske chose video games and a burgeoning love of art over the sandy beaches and big wave surfing usually associated with his hometown of Honolulu, Hawaii. With an indefatigable thirst for knowledge, Ganske explored the intricacies, angles, and crevices of his artistry while also developing a taste for the technological. He pursued degrees in computer animation and fine arts at multiple academic institutions, receiving degrees from The School of the Art Institute of Chicago and Yale University. Ganske's diverse educational background sets him apart from his peers – not only does he possess the passion and dedication it takes to create impressive artworks, but he has the intellectual knowledge to provide a relatable context for his audience.

By blurring the line between technology, art, and society, Ganske humanizes the abstract, opening the gates of communication between artist and audience. His work will undoubtedly continue to evoke a visceral nostalgia for the past while simultaneously igniting a curiosity for the future. 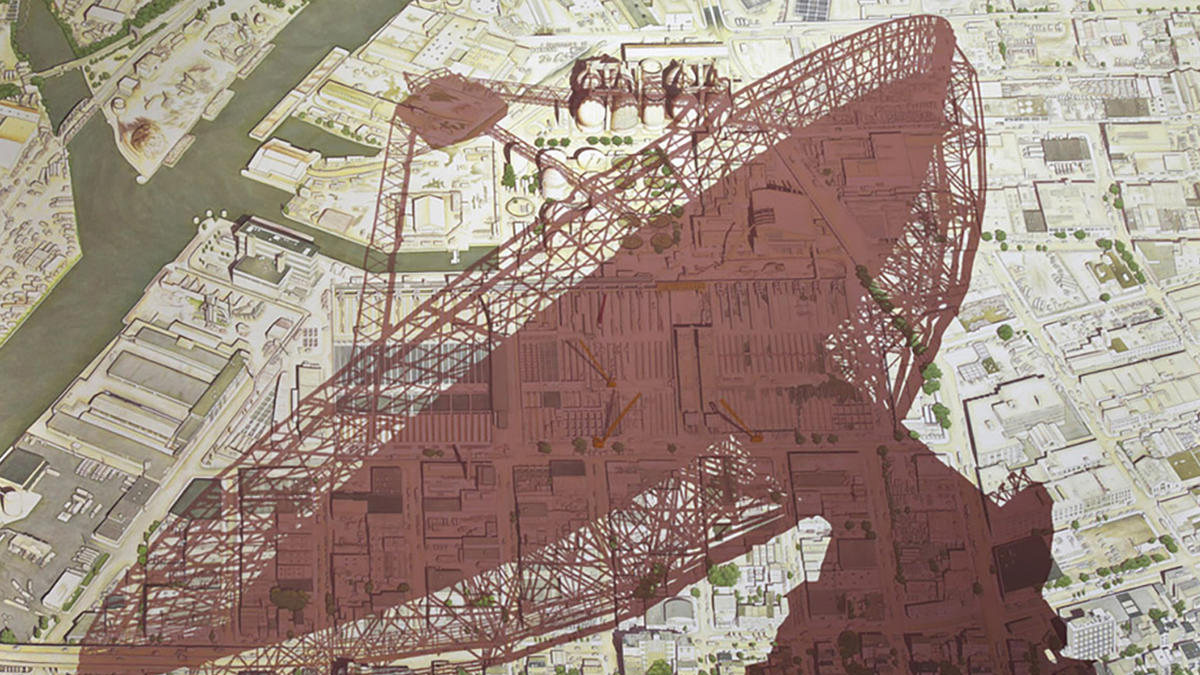 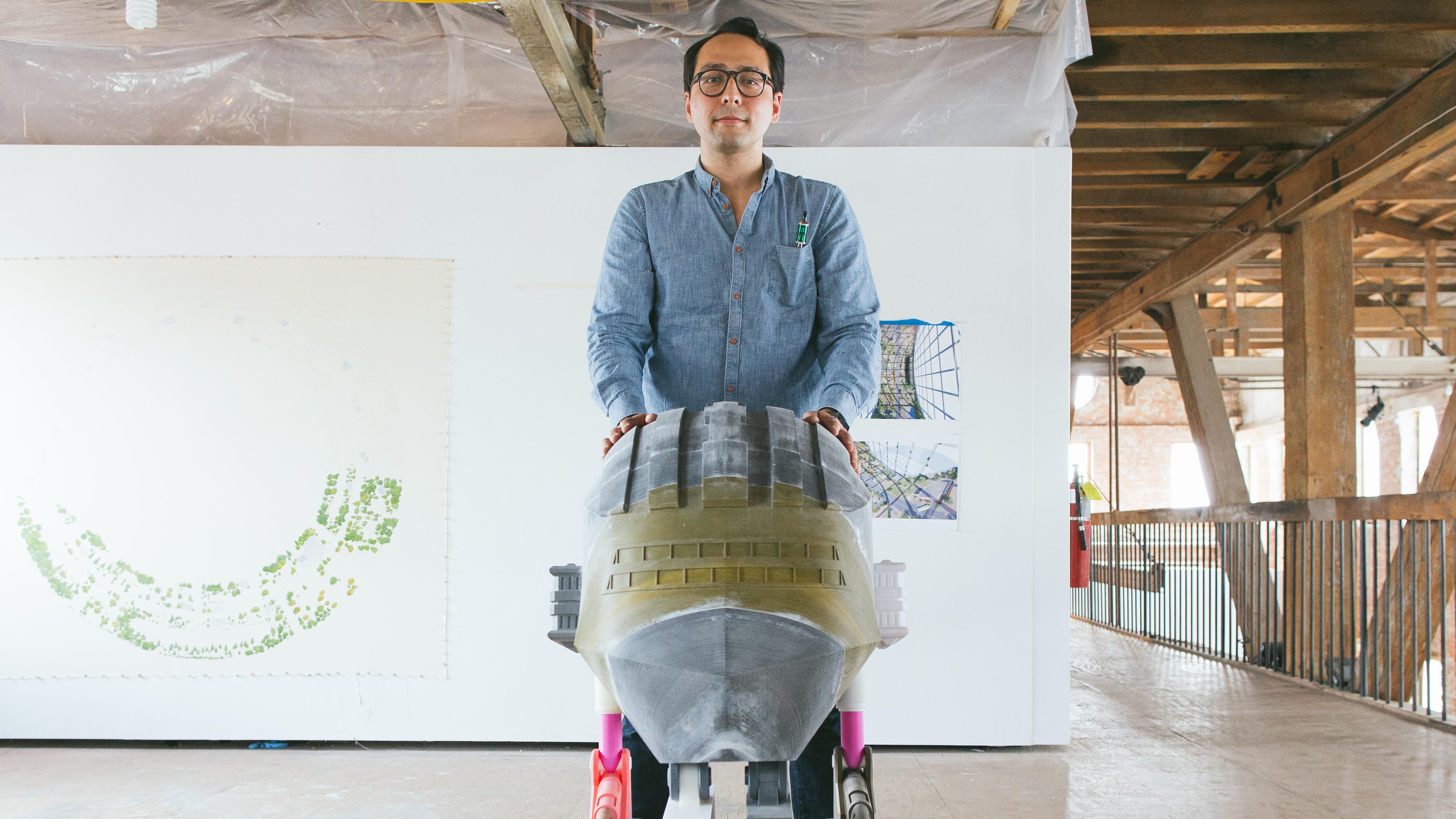 Micah Ganske with one of his futuristic sculptures to be featured in his first solo show, “The Future Is Always Tomorrow” 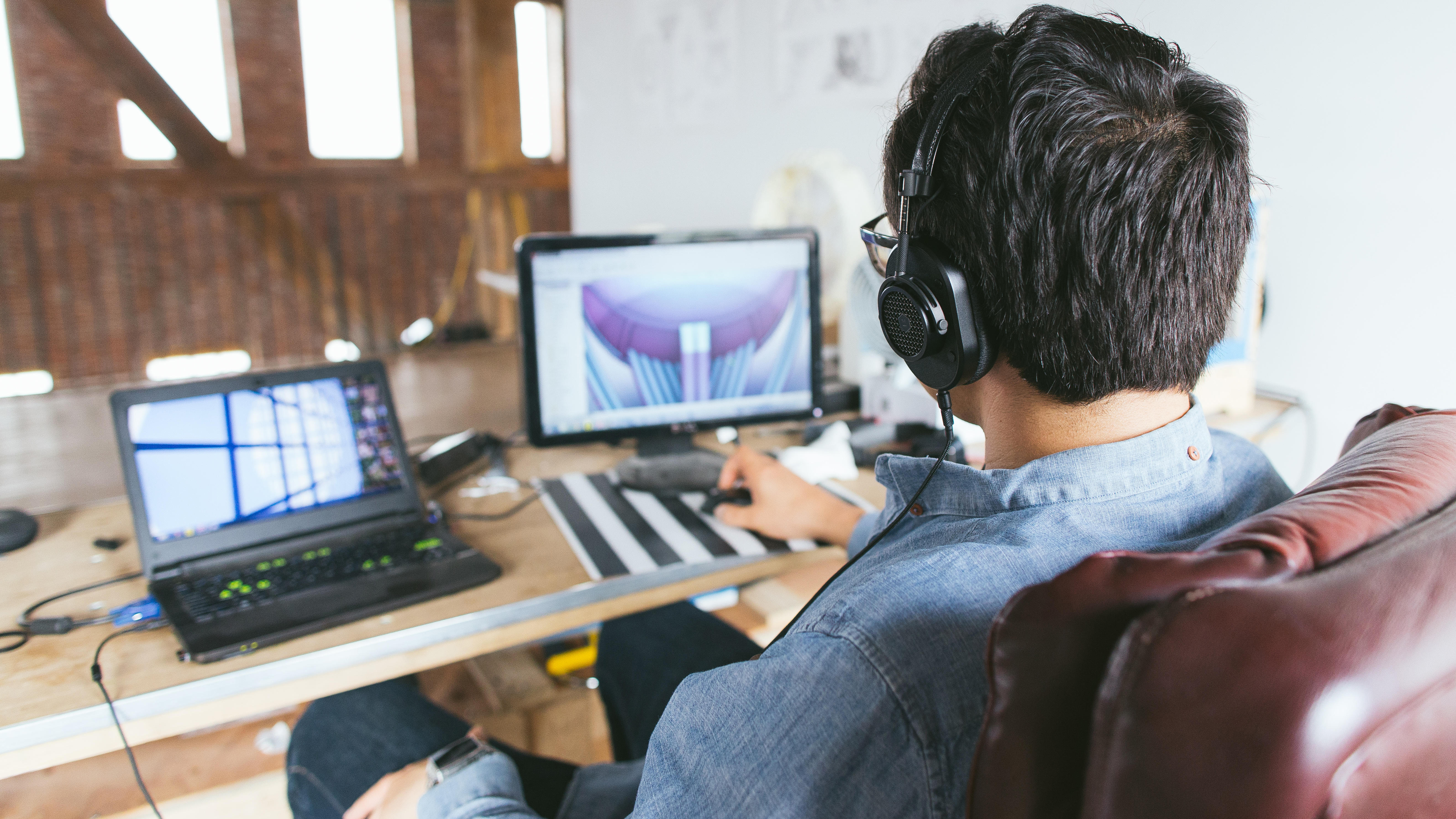