Most of us prefer life with a filter—a blurred vignette with colors that are softer than our sight allows us to remember; we like memories a bit muted or more dramatic than they actually were. In short, we're not all that interested in reality.

An exception is Max Ferguson. "My life and work are inseparable," he says.

A born and bred New Yorker, Ferguson began his career as an illustrator, crafting animated films from age twelve to eighteen before wending his way to Amsterdam to the Gerrit Rietveld Academie. There he discovered the Dutch masters of seventeeth century and shifted gears entirely. As inspired by the masters, Ferguson's photo-realist paintings spring from the street to his mind's eye and then onto the canvas, where he crafts everyday vignettes that elevate the secular to the sublime.

His process is an open wrestling match with his compulsive personality; most would find the level of detail Ferguson achieves maddening, but for Ferguson it lances a kind of beautiful blister.

"For me realism is the great river running through art history; all other movements are essentially short-lived tributaries," he explains. "I have occasionally tried loosening up, but my obsessive compulsive disorder invariably gets the best of me. Realism is the best means for me with which I can achieve my artistic goals."

Heritage Auctions recently launched a touring exhibition, Painting the Town: The Art of Max Ferguson, which features more than twenty paintings hailing from both Ferguson's past, as well as four new pieces, including "Scorsese at the Plaza". Ferguson's depiction of Scorsese seated at the Oak Room in the iconic hotel brings the painter's career full circle, literally and metaphysically. A graduate of the NYU Film School, Ferguson approached Scorsese in 1986 about the possibility of using him as a model; twenty-six years later in 2012, Scorsese finally agreed. The painting serves as a testament to Ferguson's consummate career, combining meticulous detail with pathos and an obsessive desire to chronicle a "rapidly disappearing New York."

Ferguson insists it's not about nostalgia however.

"It is not that I am looking backwards, but looking to the future and trying to preserve these images; at least two-dimensionally. Many of the scenes I have painted have since evaporated. It is both crushing to see them gone, but gratifying to know I caught them. (That said, I believe it would be a misinterpretation of my work to think of it merely in terms of New York or documentation.) Ultimately what I am going for is something more universal and timeless.) I am looking to strike an emotional chord in my viewers. I try to think visually, but paint viscerally."

Ferguson's works typically take two and four months to complete and often depict his father; suntanned, gripping a tennis racket; staring off in a phone booth; sipping water from a solitary fountain. Ferguson considers his work highly autobiographical, but has set his sights on doing more portraits like that of Scorsese, including portraits of Neil Simon and Stephen Sondheim.

Despite nods to celebrity, Ferguson's inspiration remains dedicated to celebrating the unremarkable, to giving tiny moments a chance to resonate forever, forged in oil paint. Afterall, most of life is mundane; the key is finding the beauty within it.

"If my eyes are opened I am at work," he says. "I try to make the ordinary extraordinary in my paintings, and find beauty in locations one would not necessarily expect to find it (laundromats, subway stations, etc.) One of my favorite quotes is from a 19th century art historian: 'Whatever is, is beautiful.' " 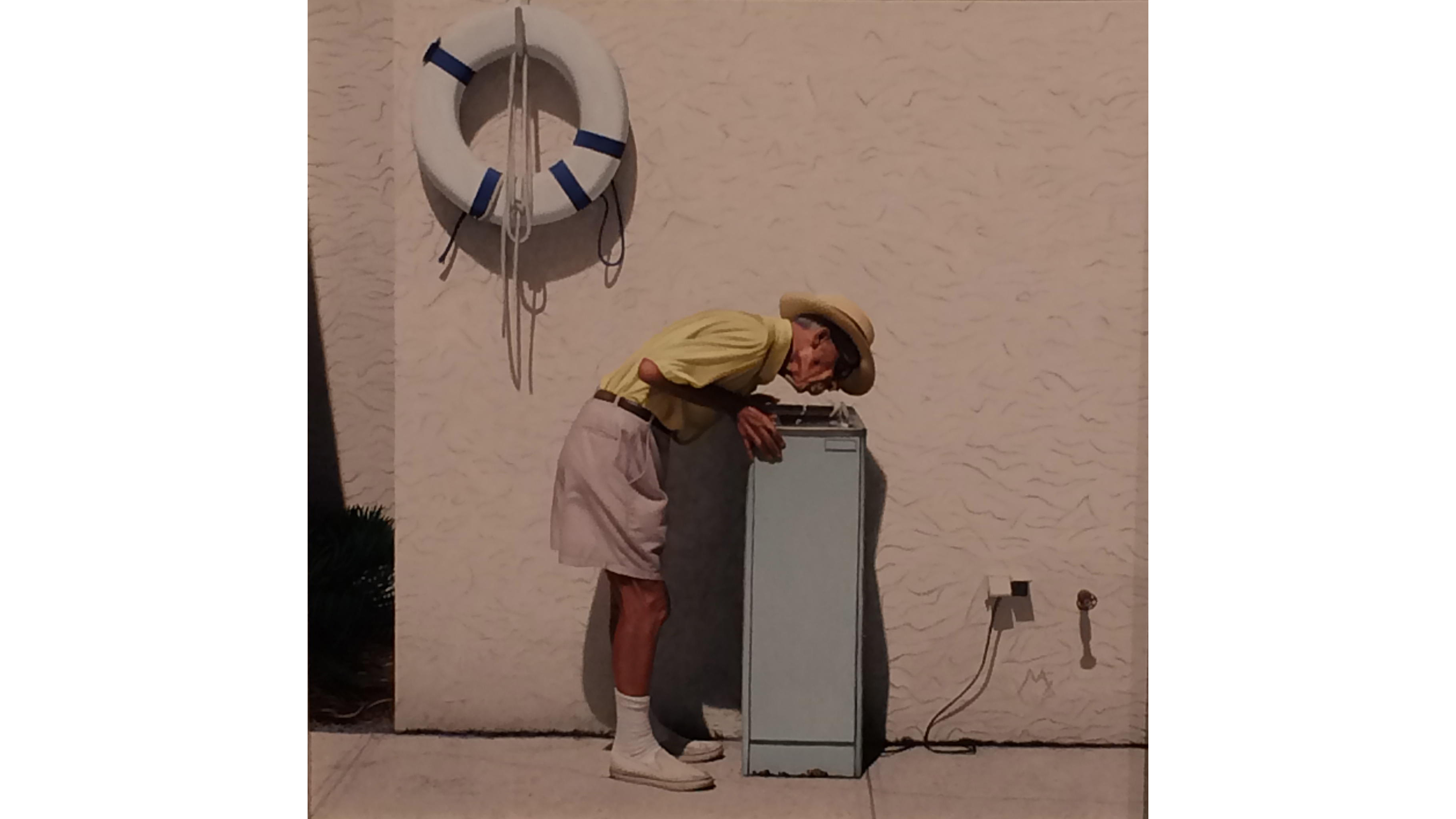 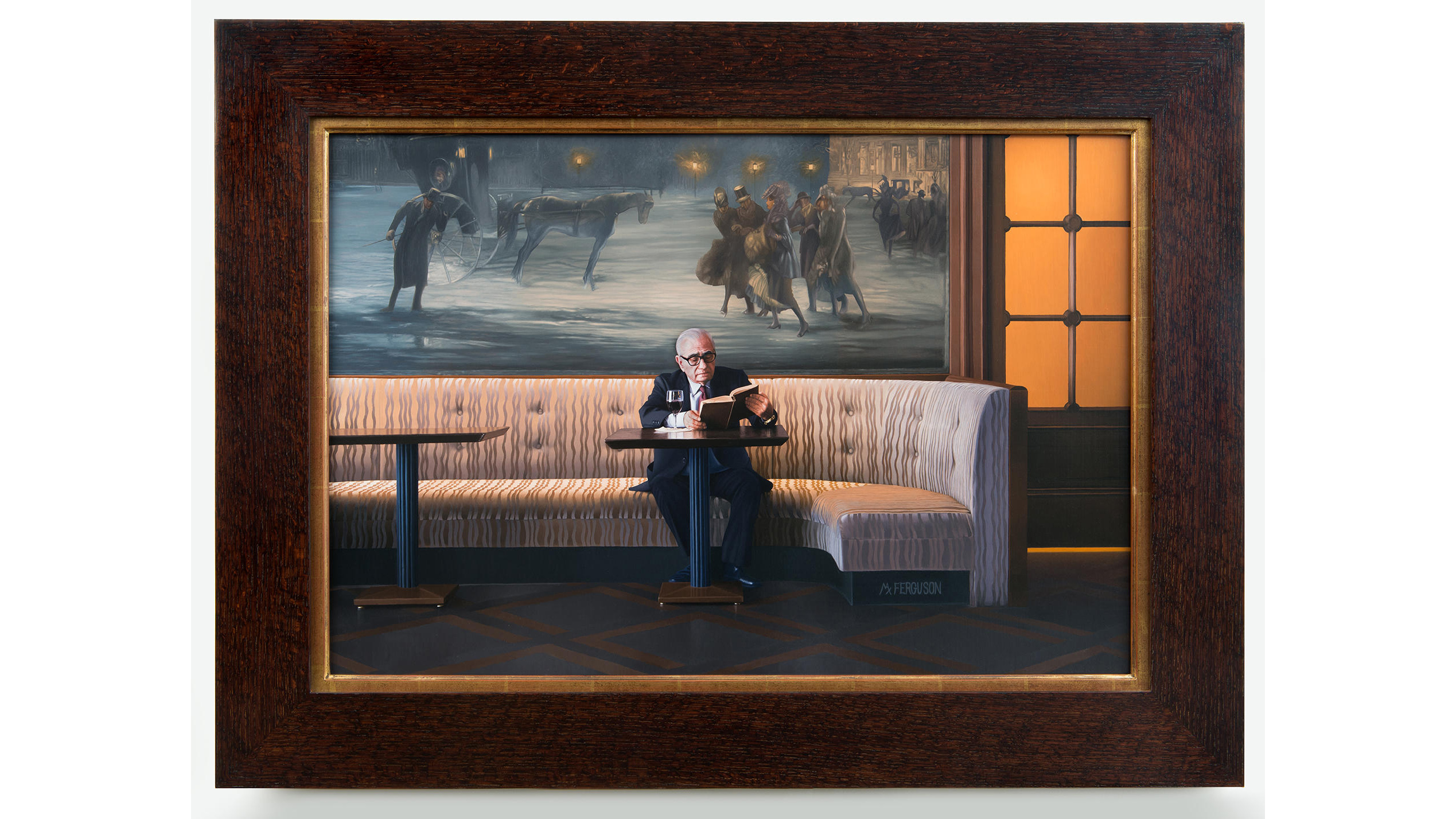 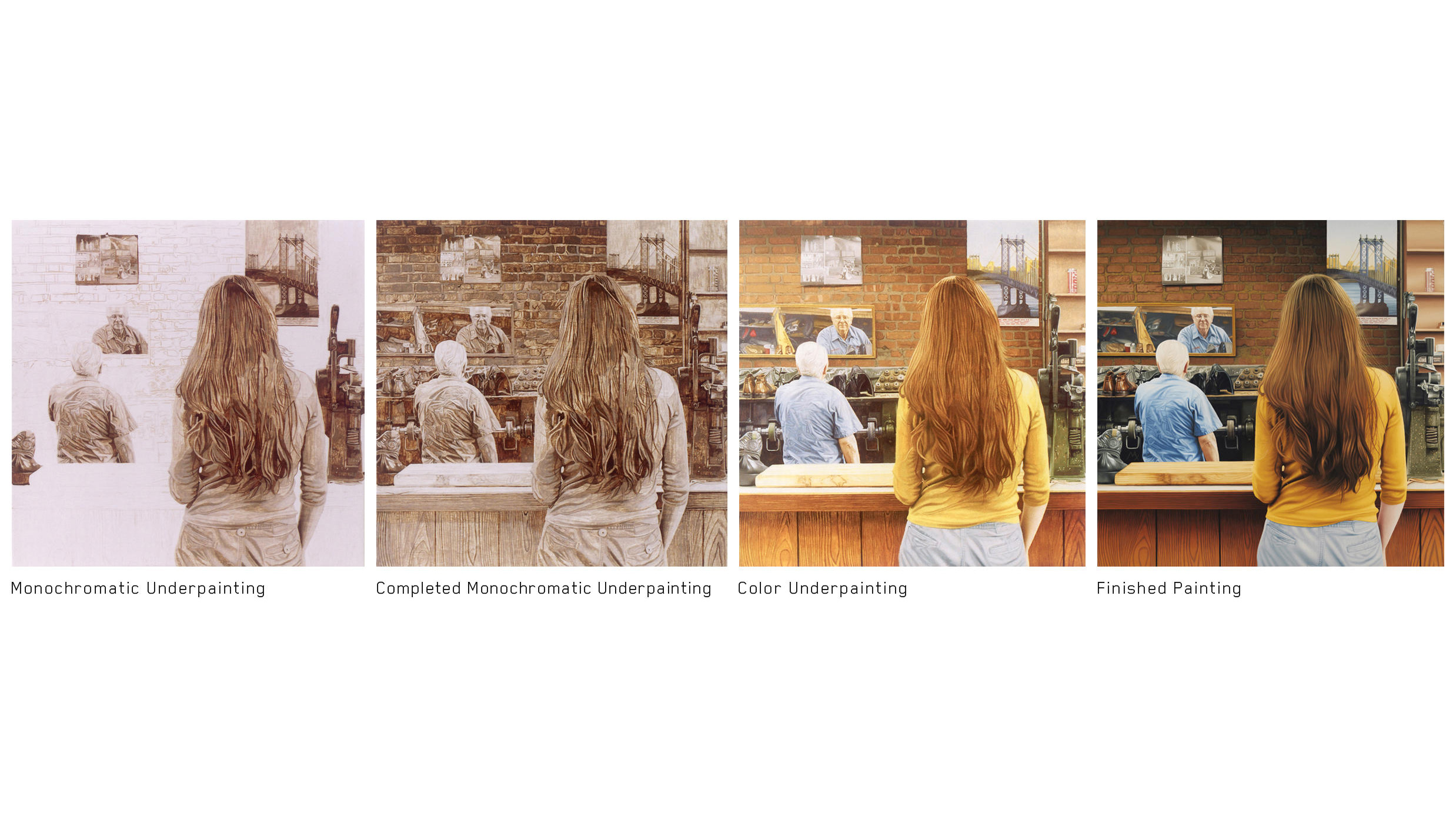 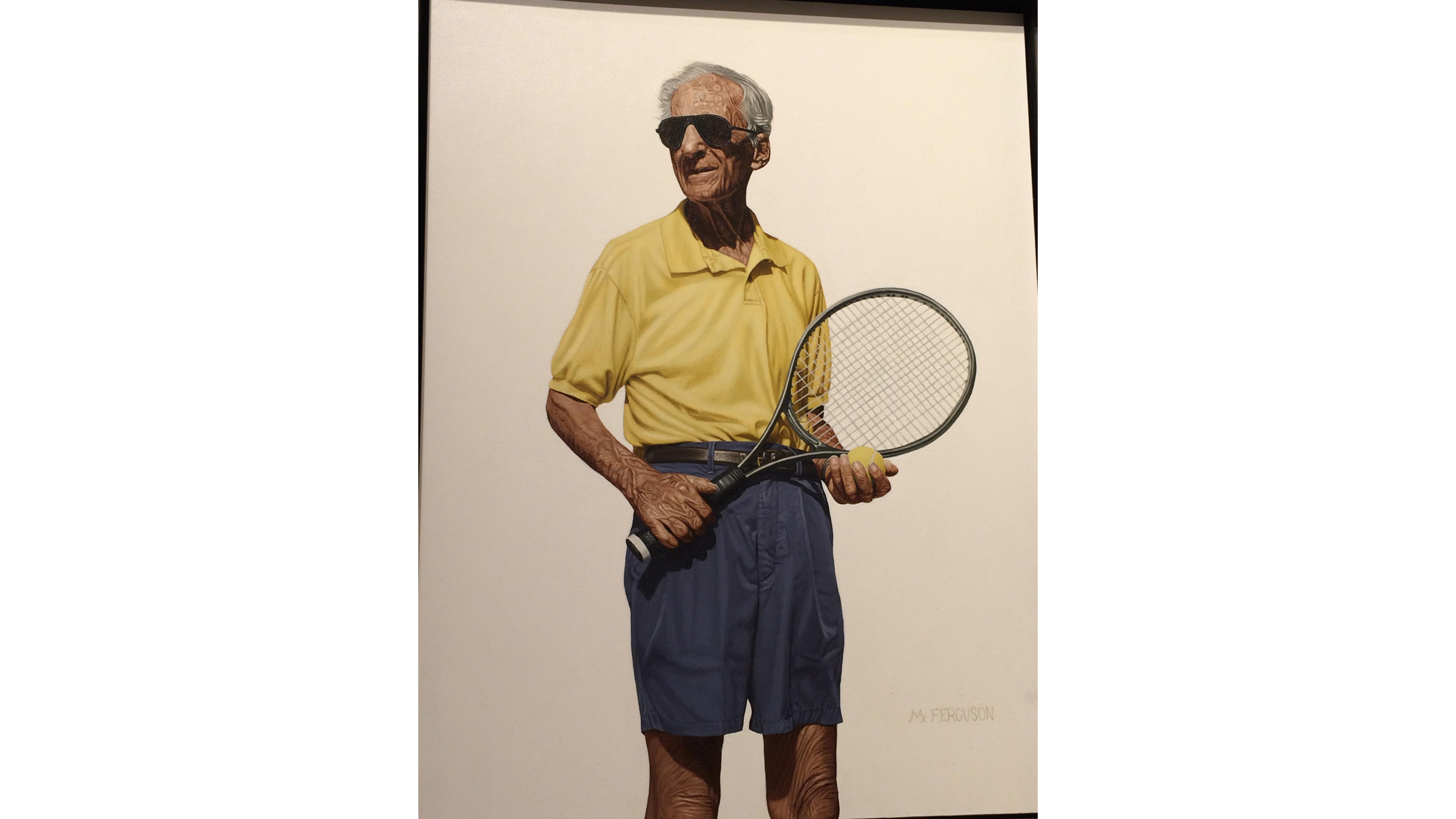 "My Father with a Tennis Racket" (2005), Oil on Canvas
Related Stories