Ever wonder what air pollution in Beijing or a seizure sounds like?

Artist, programmer and "joy evangelist" Brian Foo makes listening to data possible in his inventive new project, Data-Driven DJ. From "Air Play," which tracks three years of Beijing's air quality data, to "Rhapsody in Grey," which articulates the EEG brain wave data from a child's seizure, Foo's songs transform often overwhelming statistics into emotional musical experiences. While Foo has currently completed three songs, he plans to compose twelve, which will be released as a full-length album.

In order to learn more about his auditory art project, the 10,000 spoke with Foo at the New York Public Library where he works on the conception of Data-Driven DJ, his process and how he would like to affect listeners.

Primarily a visual artist, Foo's initial motivation behind Data-Driven DJ originated with a desire to make music. "I have pretty much no music experience in terms of composing and creating," recalls Foo. "I've played instruments before, but that's about it. So I wanted to use my existing skills and biases as a programmer and as a visual artist to give me a bit of confidence."

Beginning with "Two Trains," which scores income inequality on New York's 2 subway train, Foo started creating music through an algorithm, generating songs using data and selected samples. "I thought using data as a means to compose–in terms of arranging notes and determining which notes to play–would be a good place to start," says Foo.

Describing his process as "an organic experience," Foo searches for data that addresses "social, health and environmental issues, as well as cultural/fun stuff to lighten the mood." Influenced by DJ Spooky and modern classical musicians John Cage and Steve Reich, the "most fun and time-consuming part" of Foo's method is his choice of sampled sounds, which range from Nine Inch Nails to Imogen Heap to a subway horn.

Foo explains his intricate method in detail on the project's website, encouraging others to experiment with his work. Employing open-sourced and free tools, Foo states, "as a software developer, there's an open-source community that's all about opening up your process. So it's giving back to that same community–allowing others to recreate my process."

Through songs rather than visuals, Foo sees the emotional and educational possibilities that music could bring to data. Foo reflects, "Where I think music may come in is to make data more potent, giving an emotional quality or human component to the data."

Foo has received passionate responses from listeners, particularly individuals affected personally by the data. "I think the best types of responses were people who were actually part of the data–people who rode the 2 train who can feel where their stop is," observes Foo. "There was one guy who lives in the Bronx and the song hit him hard."

Enthusiastically inspired by the project, Foo tells us he already has a spreadsheet containing a couple hundred ideas for future songs. Foo admits, "It gave me the hunger. What I haven't done in awhile was learn something from scratch. It really opens up a whole new space for me." 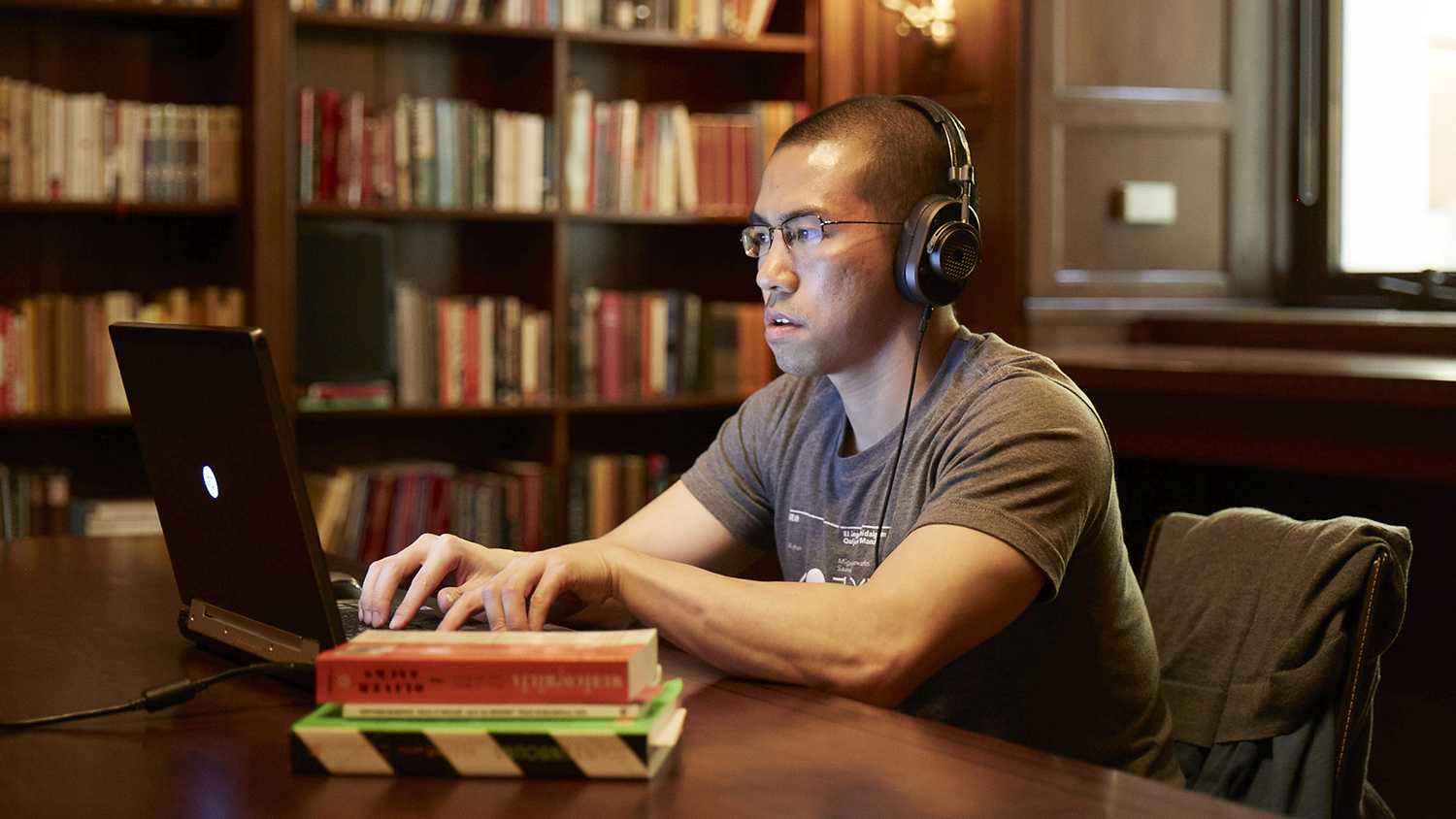 Brian Foo Photographed on a laptop 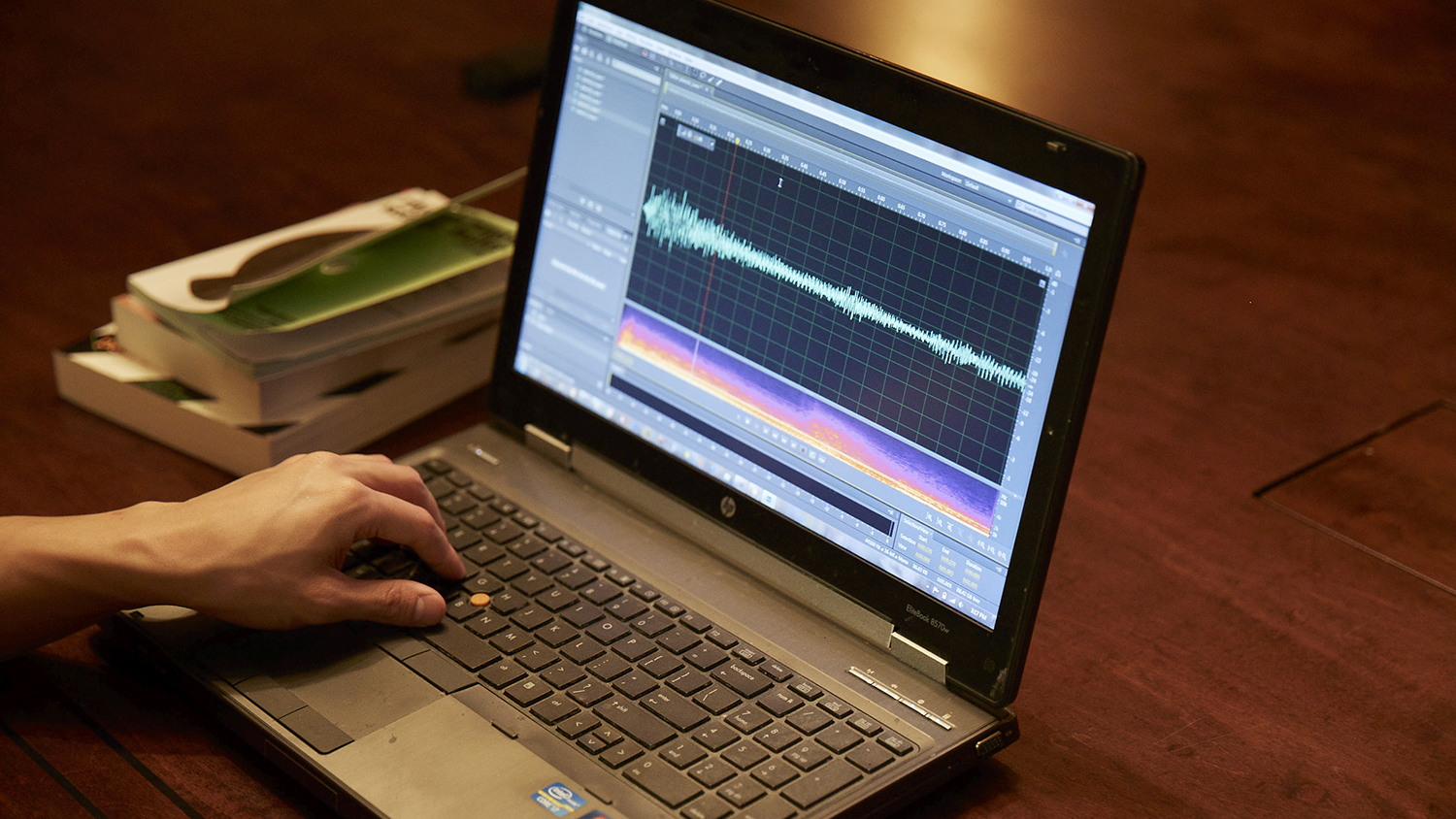 Image of a laptop
Related Stories