Vibrantly merging sound, light and interactivity, Colorado-based artist and musician Michael Theodore creates engrossing, immersive experiences for viewers with his large-scale kinetic installations. His latest work Sweep (video above), featuring thin wooden rods that shake, part and swing corresponding to the viewer's movements, was part of the Substrate exhibition at the Boulder Museum of Contemporary Art earlier this spring. Theodore's keen observation and love of nature heavily influence his deft manipulation of both the visual and the auditory. This synergy is apparent in endo/exo (first pictured below), an interactive kinetic art installation that melds sound, robotic kinetic motion, and light that was showcased at the David B. Smith Gallery in 2013. By linking technology and organic phenomena, Theodore constructs installations that are seemingly alive.

In order to learn more about his captivating multidisciplinary art, the 10,000 spoke with Theodore on the development of his installations, the role of sound in his work and how he would like to affect viewers.

Exposed to the visual arts as a child by his artist mother, Theodore originally pursued a career in music, "playing in rock bands and training as a classical composer." Inspired by music's time-based qualities, Theodore began making abstract animations, expanding his audio experimentations into other disciplines. "My best work comes when I follow my creative impulses wherever they lead, with gleeful indifference as to medium or artistic field," reflects Theodore.

Blurring the distinctions between optical and aural, Theodore initially conceptualized his kinetic installations due to the increased accessibility of digital technologies. "As various 'maker' technologies such as Arduino [an open-source electronic prototyping platform] became more widely available," describes Theodore, "a fairly obvious variation of these ideas occurred to me: instead of scoring/choreographing colors and shapes for projection, why not set actual physical objects in motion?"

In addition to mobilizing objects in his installations, sound also plays an integral role in Theodore's art. Referring to the influence of John Cage, who Theodore met as a teenager, Theodore reveals that Cage taught him "sound is a miracle." Aspiring to represent this same appreciation of sound, Theodore observes, "If I can somehow help people listen to everything around them, from the delicate sounds of water rolling over stones in a creek to the boisterous overtones of an airplane passing overhead, then I will have led a good life."

Growing up in Manhattan "surrounded by a ceaseless barrage of people, cars, machines and just general helter skelter," Theodore found a calming respite and source of creativity while in nature. For example, his multicolored monumental Swarm Wall (pictured below), a site-specific installation shown at the CU Art Museum as a part of Michael Theodore: Field Theory in 2012, originated from standing outside in an intense storm. "I started to wonder: how could one capture energy like this and create an immersive art experience from it?" he says.

Translating this electrifying experience into art, Theodore relies heavily on experimentation and intuition in his studio practice. He details, "I must perform experiments to discover the work. In my case, this takes the form of working directly with physical materials. I spend many hours simply at play, discovering what might happen."

This year, Theodore's most recent work Sweep was exhibited at the Boulder Museum of Contemporary Art. The work features thin wooden rods that shake, part and swing corresponding to the viewer's movements. For 2016, Theodore has several solo shows planned and envisions an all-encompassing iteration of Sweep that would wrap around an entire museum. Throughout Theodore's "quest" is to add interaction into immersion into art, he contemplates how he would like to affect his audience: "There is a big frontier that we are just beginning to explore. Whenever I hear people say, 'Everything in art has already been done,' I quietly think to myself, 'Sorry, but I think you are very wrong–we will always struggle and strive to find new ways to express ourselves.'" 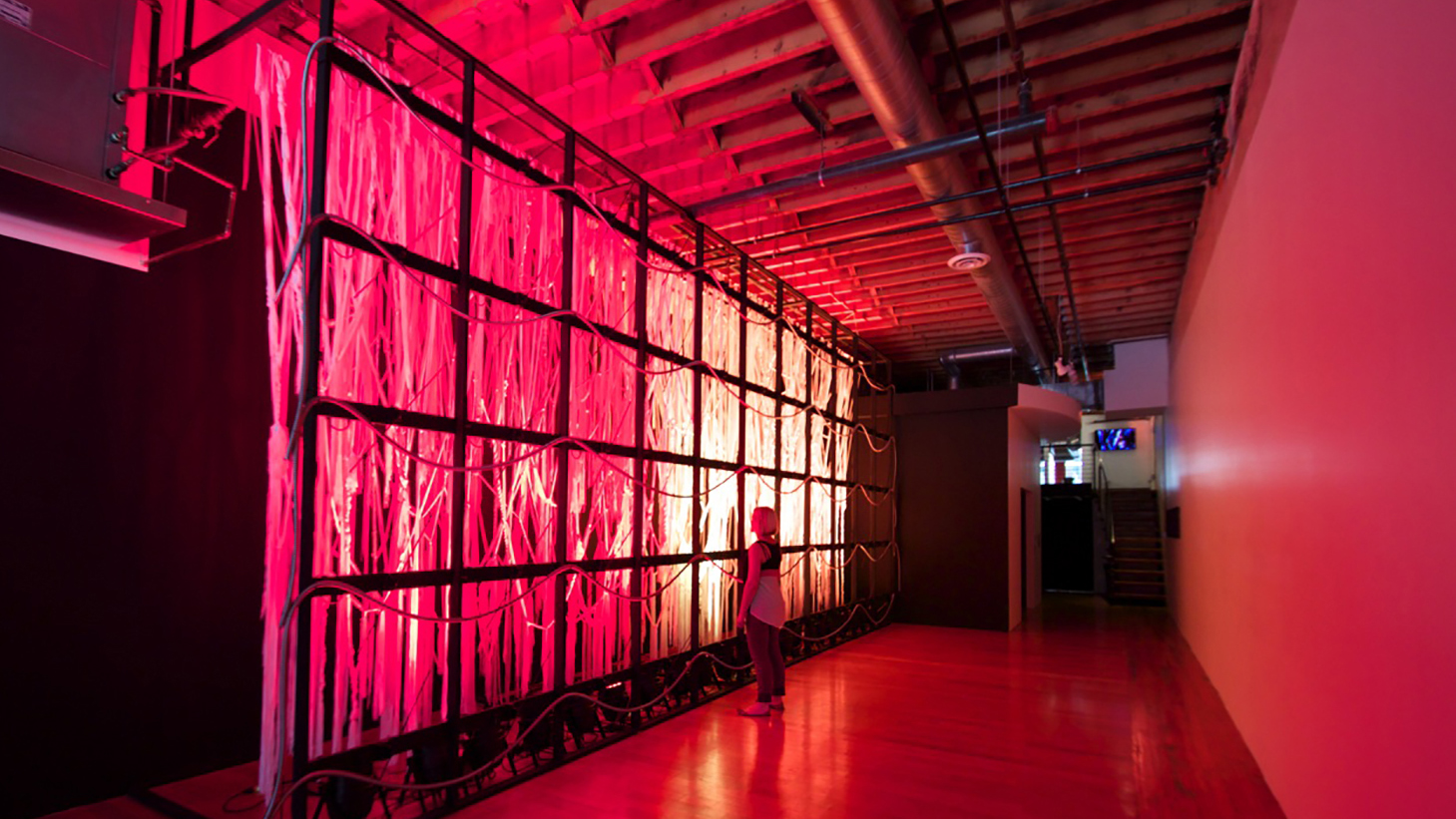 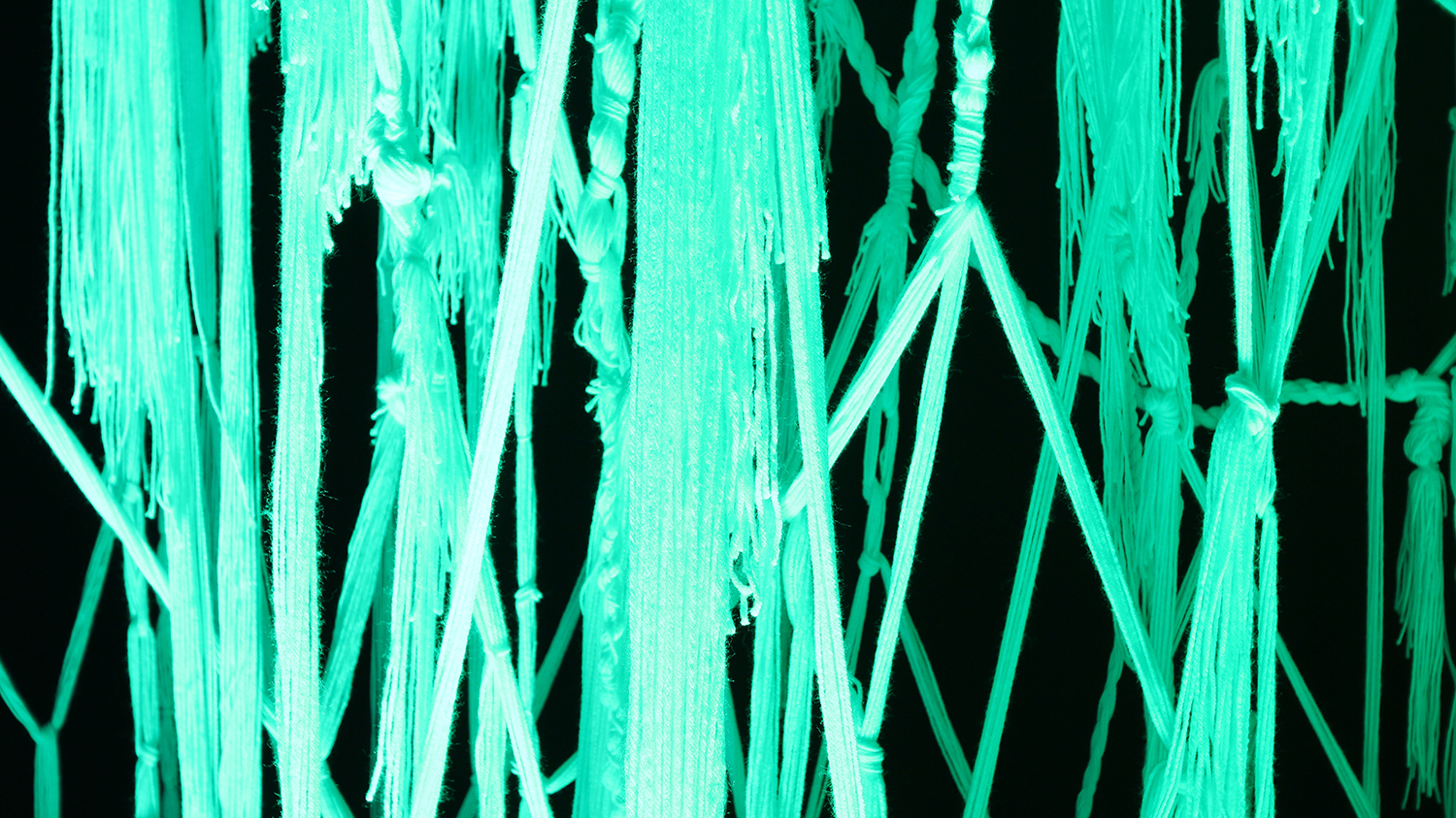 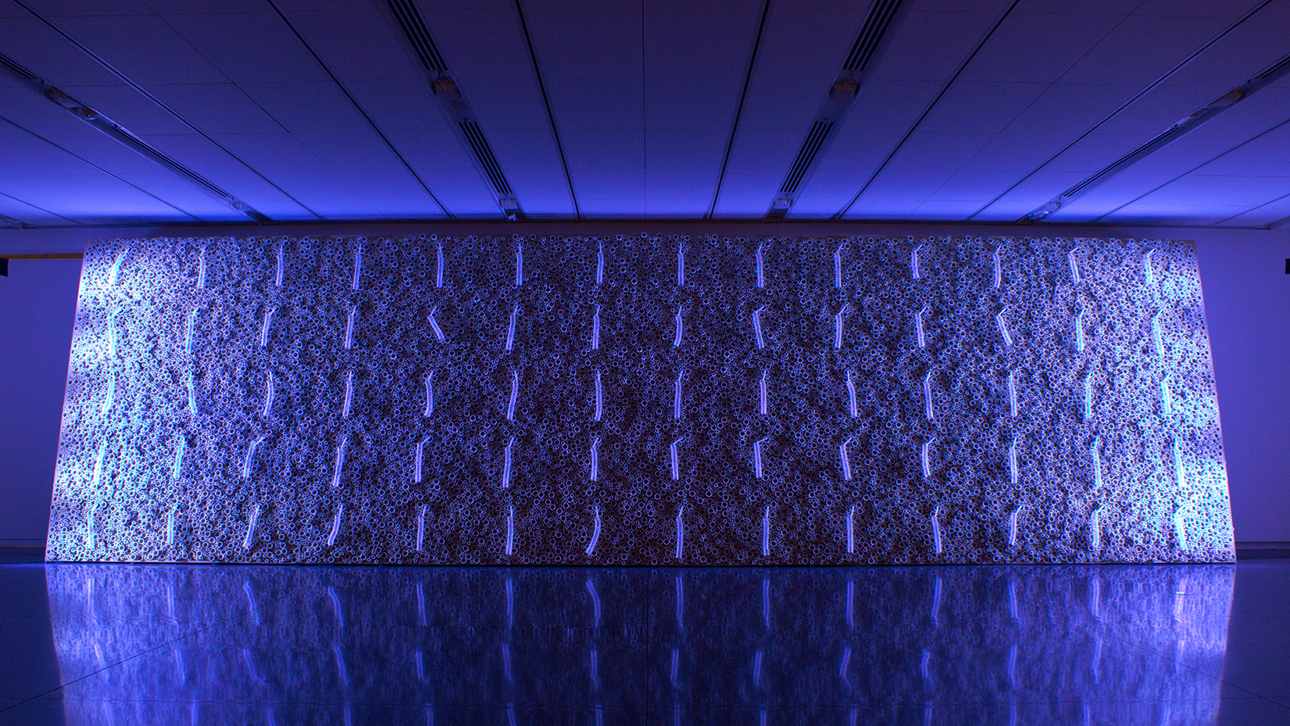