John Varvatos on the Importance of Music

Upon first glance, the New York City-based headquarters of Detroit-born designer John Varvatos is just what one might expect a designer's showroom to look like: several pieces of top quality menswear on display in an impeccably designed loft. It's not until walking into the office of John Varvatos himself that expectations are subverted.

"Music is, or should be, the biggest part of most people's lives," Mr. Varvatos says as we gaze at the signed guitars, posters, and framed vinyls covering most of the walls and surfaces of his office. "[Music] connects with your memories, it connects with special moments in your life. It's soothing to people, it's stimulating to people. I can't think of any other thing that has such an effect."

The impact of music on Mr. Varvatos and his work is unsurprising, considering his origins. "No matter what anybody says, [Detroit] is the music capital of the world. You have Motown, you have gospel, you have blues, and you have rock 'n' roll … all amongst jazz. It was, of any city, probably the biggest melting pot and cross-pollination of a lot of those things. I was just exposed to so much music; it was like a constant attack at all levels, both on the radio and live. And if you're a sponge, which I was, you take it all in."

So what music is the designer's favorite?

Mr. Varvatos points to four framed gold records, hung right above the couch. "Those I got from Jimmy Page and Robert Plant from Led Zeppelin. [It's] hard to imagine that they're not my favorite things I own. I mean, it's Led Zeppelin. I could never put a value on those. But favorite record is a different thing. I have too many favorite records."

But what does he listen to when he's creating?

"It all depends on the mood I'm in and what the clothes are like and what I'm looking for. It's always music—I can't work in silence, that's for sure. In our studio, we have a great sound system, and we have thousands of records, so it just depends on the mood. And sometimes one leads to the other. It's like being a DJ; so if I'm into blues, I'm really digging deep, and everybody's like, 'Wow, I've never heard that before,' and it just kind of stimulates [the work]. And then sometimes it's looking through the covers. You don't get that with CDs or digital: going back through the album covers and really looking at and experiencing style, color, art, all those things together."

And how has that musical influence found its way into Varvatos's work?

"It's more [about] the energy that's behind the music," he muses, looking around his office. "Thinking a little bit more out of the box, a little bit more rebellious, and not following the rules, which is really what rock 'n' roll is about, anyway. It's less 'I want to do a collection of clothes that looks like it's for rock stars,' because I don't even know what that really means anymore. The reality is, I almost think of no collections around music inspiration. I just think, 'what do I need to do to push the walls out, to give it more edge?'"

One more thing: What advice can Mr. Varvatos give to upcoming designers and creatives?

"Be a sponge. Wherever you are, don't ever think that you know it all. Take in as much information as you can. I was a sponge; I didn't want to be [just] an outerwear designer, I wanted to be a designer; I wanted to be able to create a lifestyle. The only way to [learn] is to be a sponge, to continue to reach out. I've been doing this for over thirty years, working in the industry, and I'm learning and [getting] excited every day by being a sponge, by picking up on new things." 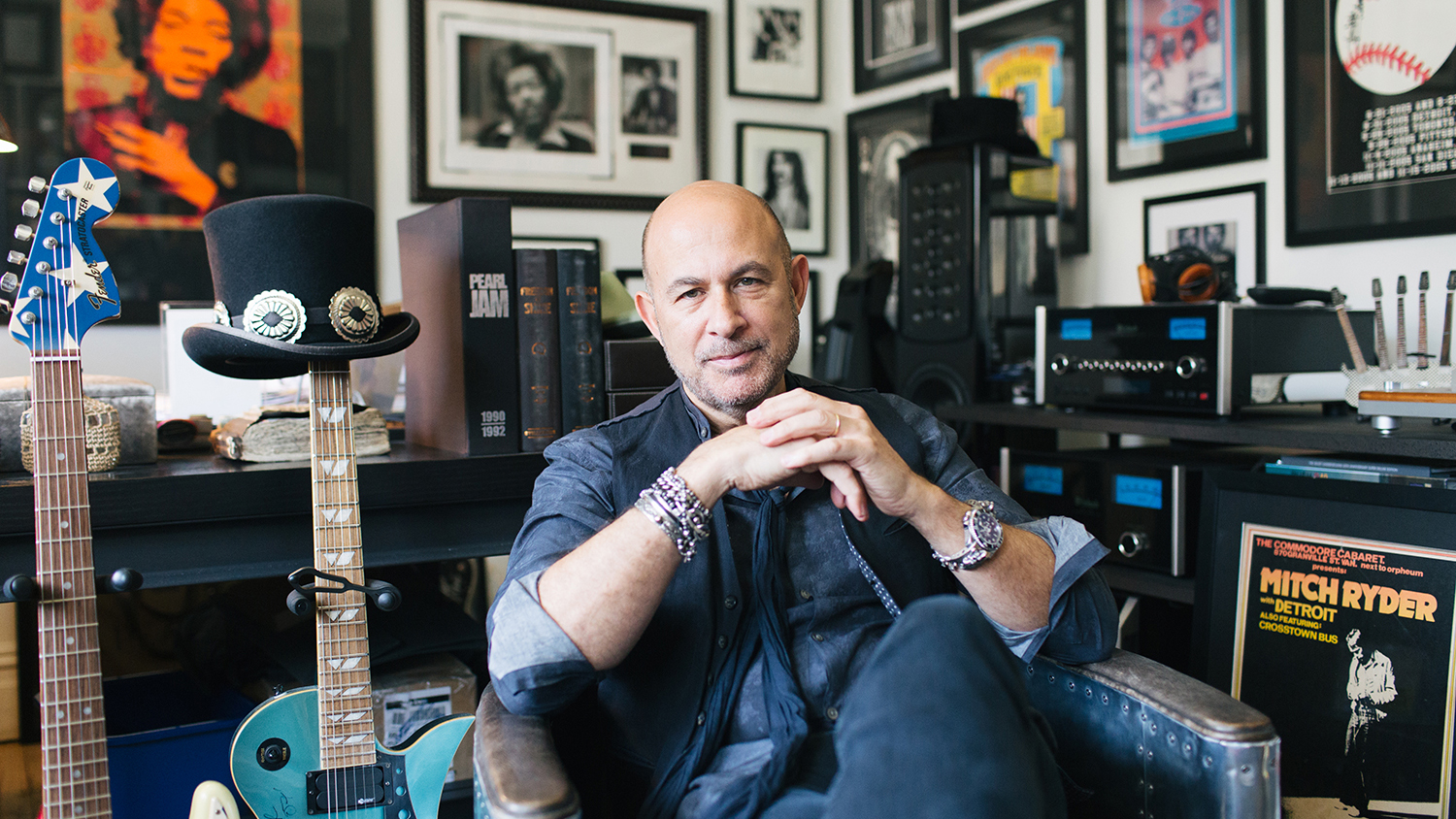 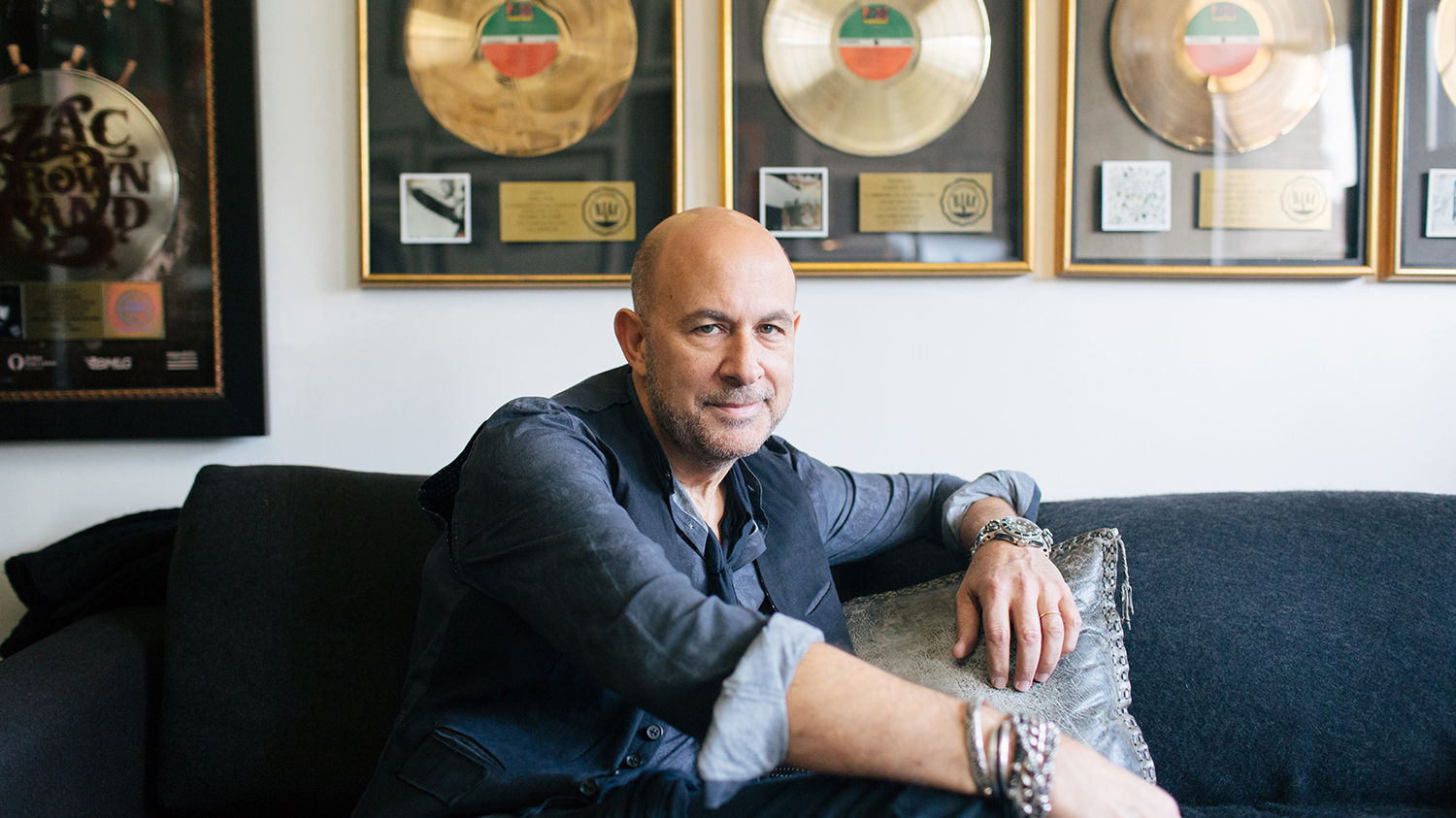