In the age of the Internet, there are a lot of ways to discover music. Today we bring you another, less conventional one: via a solar-powered mobile recording studio called Jam in the Van.

The first of its kind, the 38-foot-long recreational vehicle, or RV, travels throughout the U.S. inviting musicians of all levels of fame to come jam. The 10,000 spoke with co-founders Jake Cotler and Dave Bell about their origins, the artists they've met along the way, and where the Jam Van is off to next.

"[It all started when] Jake and I went to Bonnaroo together in an RV," says Bell. This was back in 2010. "The following year, we were making plans to go back, and Jake was joking that on Craigslist there are RVs that were cheaper to buy than rent for a week. So we said, let's get the RV and have some bands come play in it. And we just went for it."

They bought their first RV for $800 and parked it in Cotler's backyard in Venice Beach, California, where they started having bands meet them to play. A year later, they took their show on the road.

"We travel around the country in search of great musicians, and we ask them to hop inside of our studio," says Cotler. "They do mini-sets and we record it live. Then we put those recordings on our YouTube channel. You can also download and stream all the audio for free on our website. We release a new session every weekday, Monday through Friday, so if you're a subscriber, you can discover a new band every day of the week."

So what artists can we find in the Jam Van? A whole lot, it appears.

"Now, we're pretty well-known entities in the music world," says Cotler, "so the majority of the submissions are bands that come to us via our website. You email us, you submit some of your music, and we check it out. If we like it, we will invite you to jam in the van."

But Cotler and Bell aren't only about discovering new artists. "We also go to a lot of festivals and events, so we're pulling from the festival rosters," says Cotler. "Our goal was to create something really cool that artists we like would want to participate in. We like being the first on the scene with a new artist, but we also love working with bands we listened to before we started this, like Deer Tick, or Portugal. The Man, or Blues Traveler. The list goes on and on. That's been really rewarding."

When asked which artists have stood out, Bell says, "We had Mickey Hart in for an interview. It turned into a much more fascinating fifteen minutes than anybody expected. We just did Wyclef at South by Southwest and that was pretty cool, since we both grew up listening to him. A couple years ago we filmed Jerry Jeff Walker, who's one of the older crooners, but he just came and met us and had the best attitude."

The Jam Van has been all over the country, from the California coast to New Orleans, back and forth to Bonnaroo, and even to Vegas. So what's next?

"We're going to do this tour with the national parks, which will be awesome," says Bell. "We go to five different parks in August. It's called Feast to the Beat, so we're going to be doing Jam in the Van, then there's also going to be a culinary component to it."

This latest tour takes advantage of one of the Jam Van's biggest strengths: It can operate from anywhere.

"The Jam Van's a green vehicle," says Bell. "The production runs off solar energy. That's why we're able to be backstage at festivals and different events, because we don't need to plug in. Just anywhere an RV can fit, we can record a fully plugged-in session with a rock band." 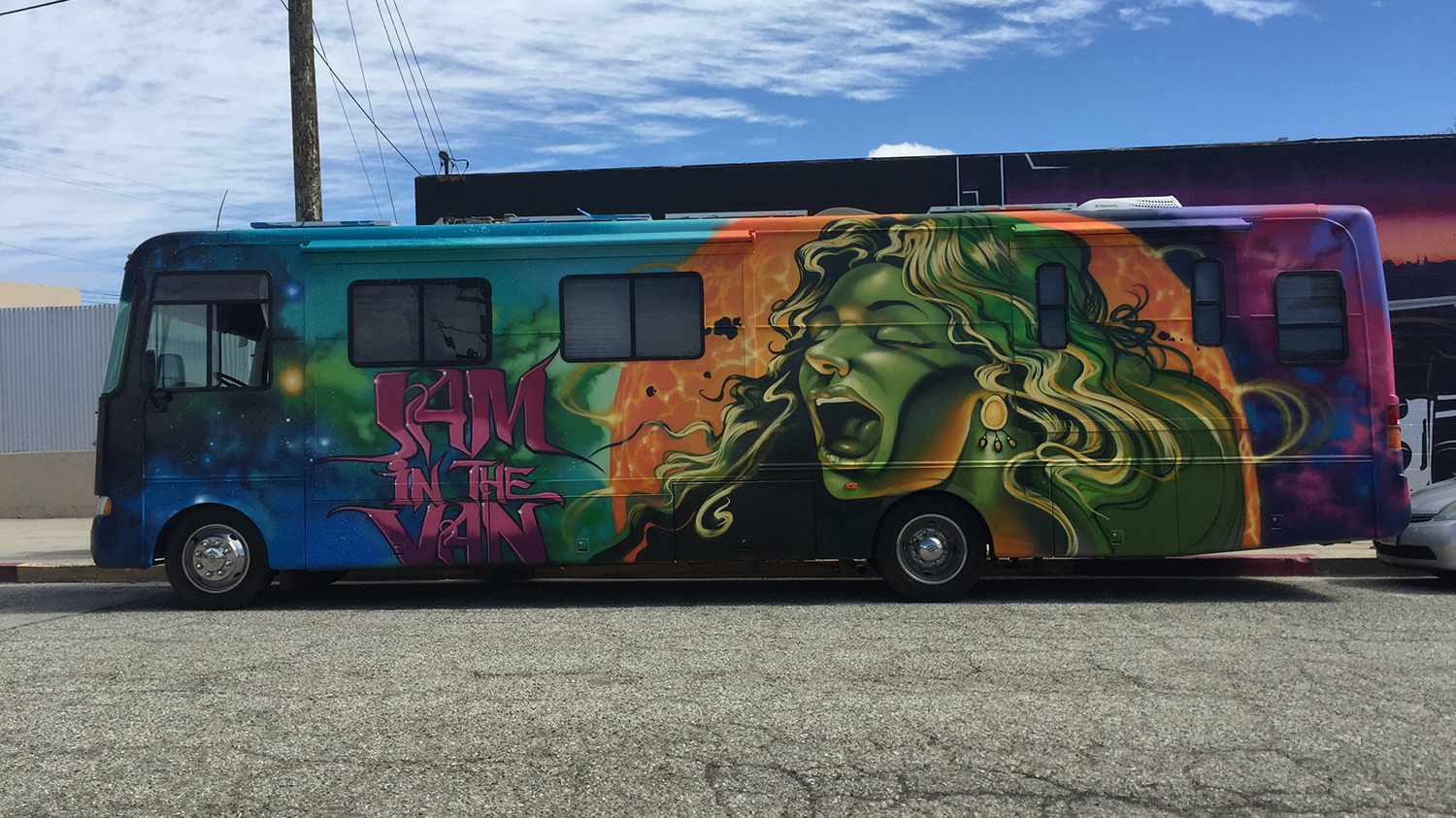 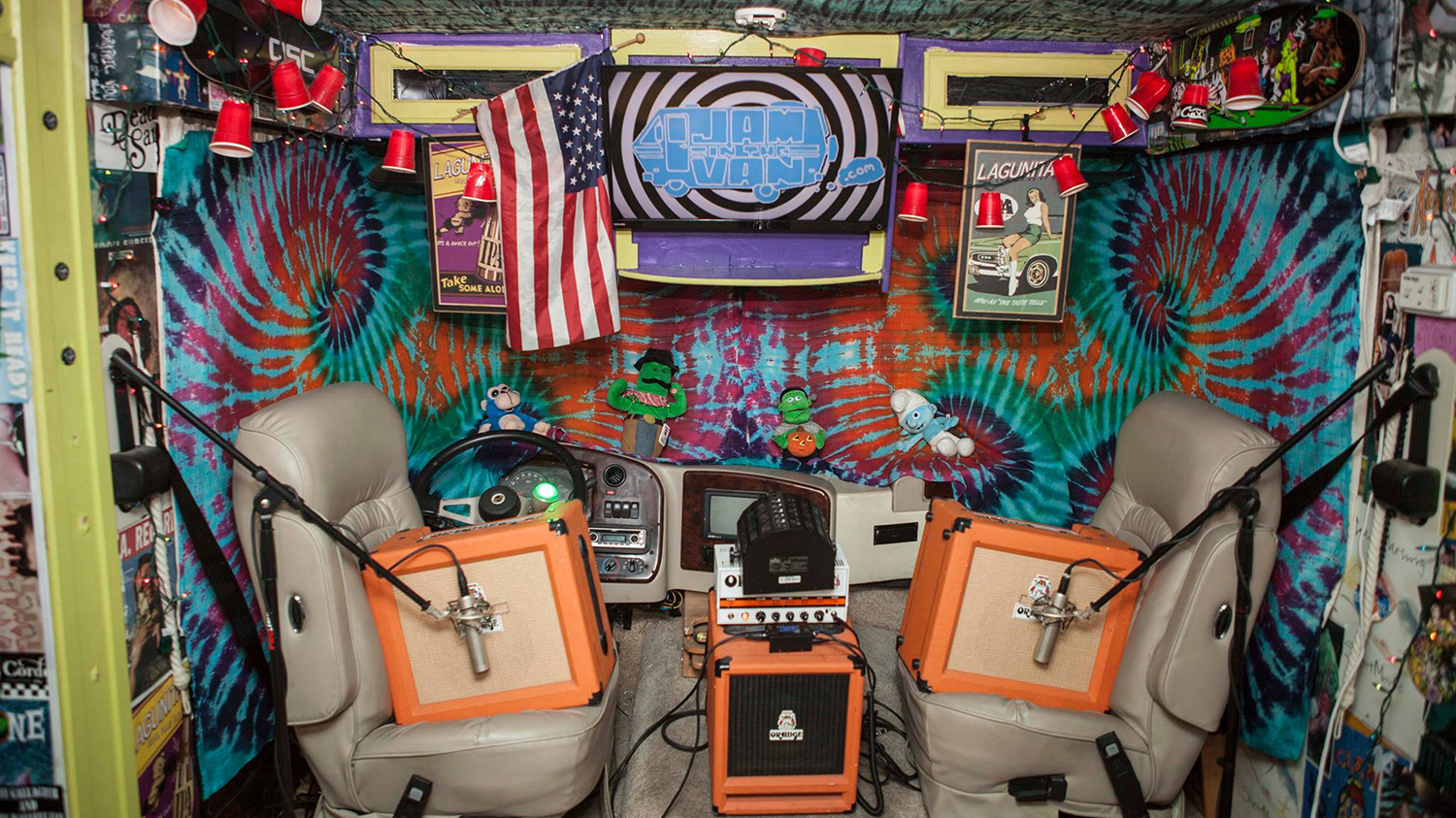 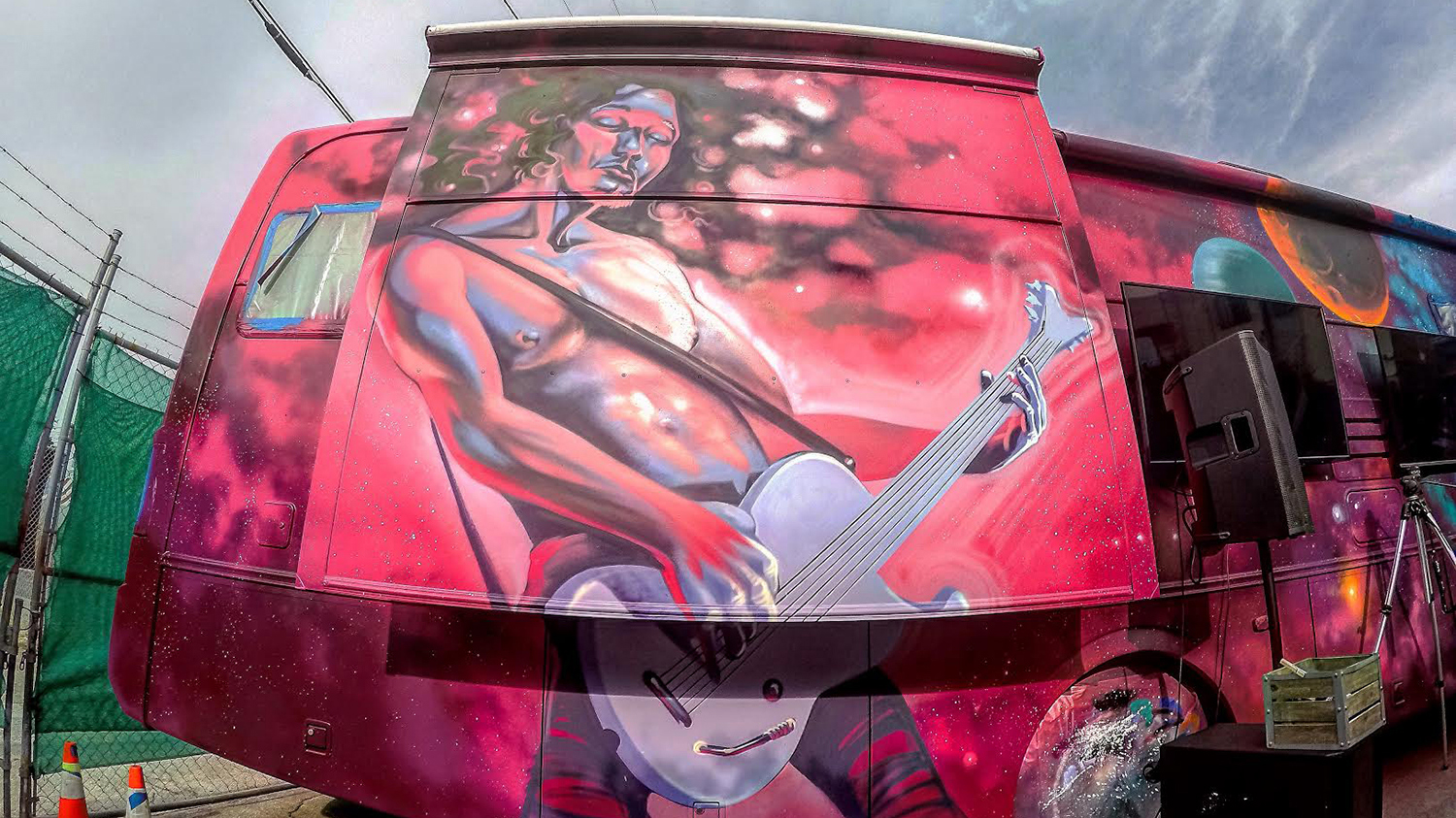