Felipe Pantone: The Artist with Something to Say

Felipe Pantone, the Argentine-born, Spanish-raised artist best known for his boldly-colored, geometric-patterned outdoor murals and gallery installations with optic and kinetic art elements, did not always know he wanted to be an artist.

He started making graffiti when he was twelve, and at the time, didn't consider it to be art. "If you think about it globally, graffiti is art, because it's such a big movement; it's hundreds of thousands of people painting out there. But when you're doing it, you never think you're doing art. Art is where you can say things you couldn't say otherwise; with graffiti you just want to write your name."

When Pantone was eighteen, his mother told him he had to go to university. Unsure of what he wanted to do with his life, he decided to study fine arts, which he always thought was "totally useless." But studying art history helped Pantone understand "what art was", and so he went from just "writing my name [to] trying to say things, too."

So what is Pantone trying to say?

"Kinetic art is a movement that happened mostly in the '60s—" Pantone lists Victor Vasarely, Carlos Cruz-Diez, Julio Le Parc, and Luis Tomasello as his top influencers "—where they explored motion in art. That happened almost sixty years ago, and I think it makes a lot of sense nowadays. We're really in kinetic times; everything's happening really, really fast. From work, to relationships—everything goes through your fingers, everything's liquid, everything's kinetic."

So his work is about impermanence?

"Yeah. Graffiti is a really good representation of this: it's art that you paint, and it gets washed [away] maybe next week. It's like Ikea furniture: it gets destroyed in two years and you just buy more. We [don't need to] try to keep it; we just paint another one, and bigger, the next day. This is the Internet: you post a photo, you get 300 likes, and then no one's ever going to go back and look at it. Everything is fast. We produce way more visuals, way more images than we can possibly consume. It is what it is. I don't care. I just care about making my work evolve, not really about keeping it."

There's also a less-than-subtle nod to technology in Pantone's work, as evidenced in the QR codes incorporated into some of his murals.

"[Technology] has a massive influence not only on my work, but on every single thing." He makes the obvious point that we wouldn't be having this interview over Skype right now, with him in Oslo, Norway, and us in New York City, without technology. "2,000 years ago, information was at the forum in Rome, and you had to go down there to get [it]. And then printing in the Middle Ages was invented, so all this information could be in books all over the world, so that was a massive invention, printing. And twenty years ago, the Internet was invented, and it's not all in books; it's instant and everywhere, worldwide, for free, in your pocket. It's fucking amazing."

So what will we find in the QR codes in his work?

"I've always been really jealous of movies, for example—they include music, literature, visuals, photography, and that's just one piece of work. [With a] painting, there [was] no way to include that." Until now. So Pantone includes QR codes that take you to "a little bit of video by a philosopher that speaks about some of the stuff in which I'm interested. Or to Spotify. I can take you wherever I want."

But the one thing you won't find on the Internet? Pantone's face.

"Of course, it comes from the graffiti thing—but at the same time, I'm not painting that much graffiti these days for it to be dangerous to show my face. It's more that I produce, like, ten visual things per week. My face is the least interesting thing of them all. I didn't pick my face. I wish I could have picked it, but it is what it is. The work I make, I pick every single thing. I'm way more what I paint than what I look like."

So what's next for the artist?

"I'm in Oslo, Norway right now, and I'm painting a commission for a recycling factory. I came from Rome yesterday, where I was working on a big installation for this project called Outdoor Festival." Pantone goes on to cite several projects, recent or upcoming, in Paris, Porto, Las Vegas, Detroit, all commission-based.

So does Pantone still do any graffiti, in the traditional sense of the word?

"Oh yeah, for sure. Yesterday I painted a train in Italy. But don't tell anyone. Actually, you can include it; I don't care. I just posted the photo today [on Instagram]." 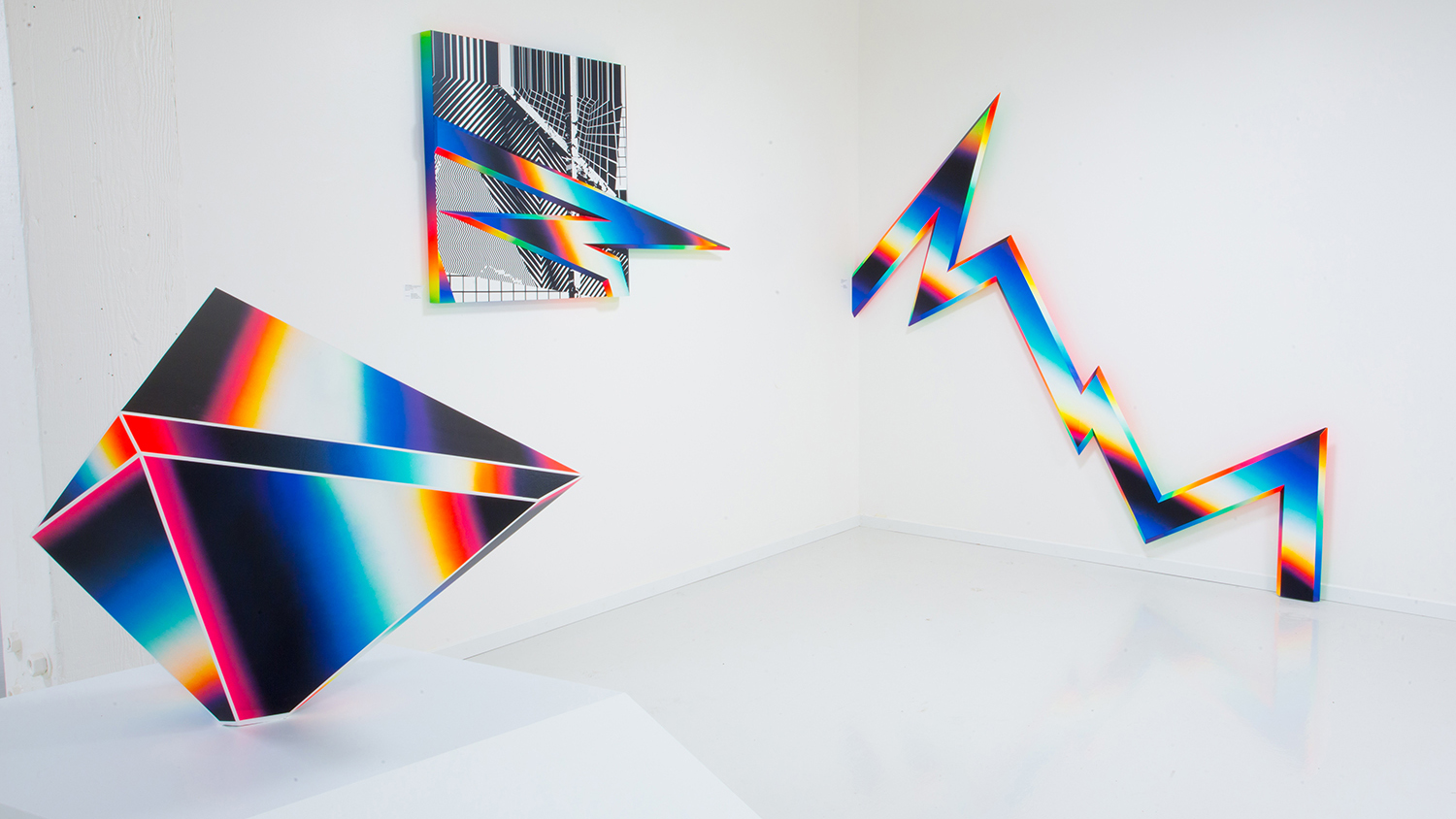 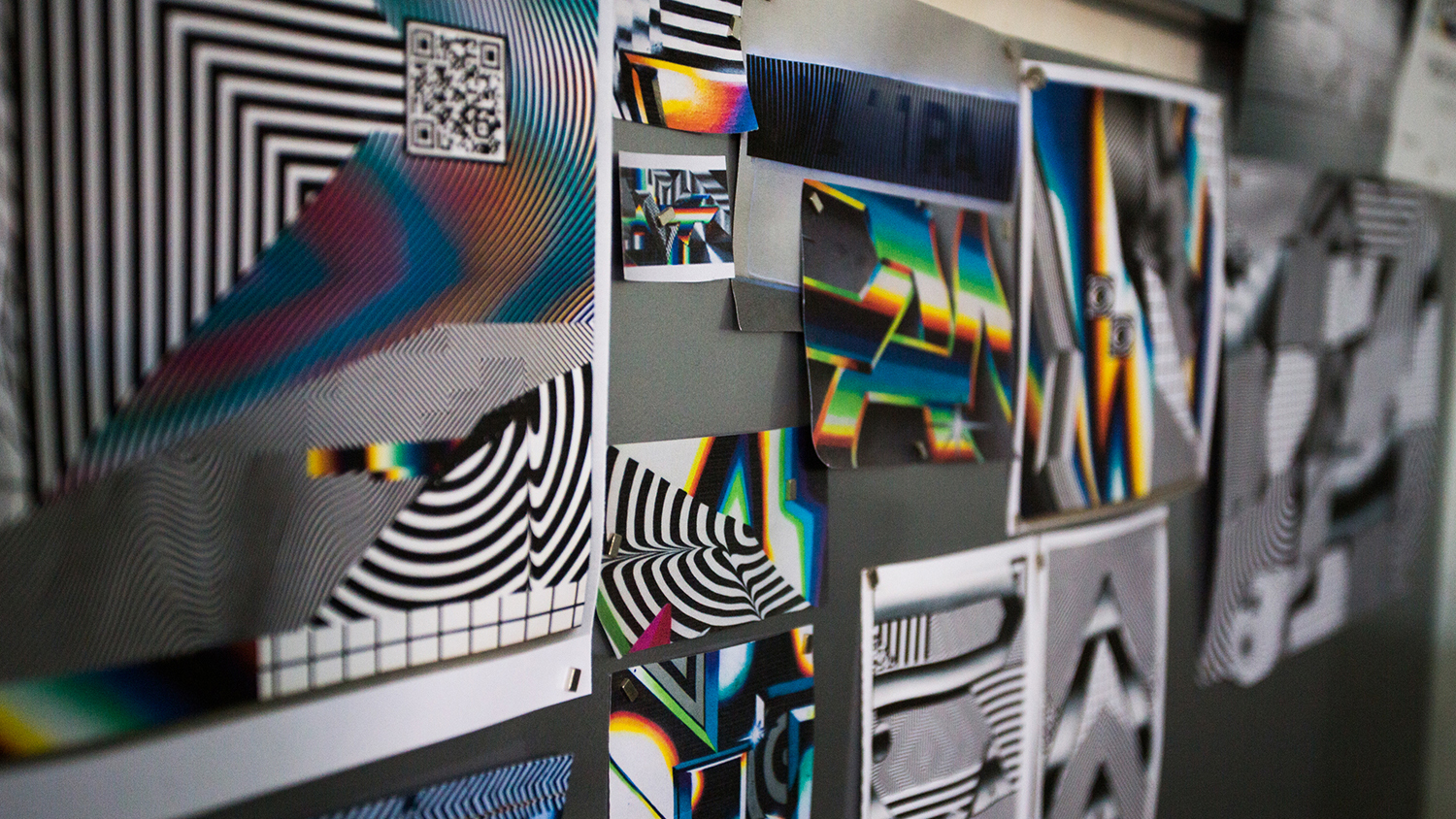 From inside Felipe Pantone's studio 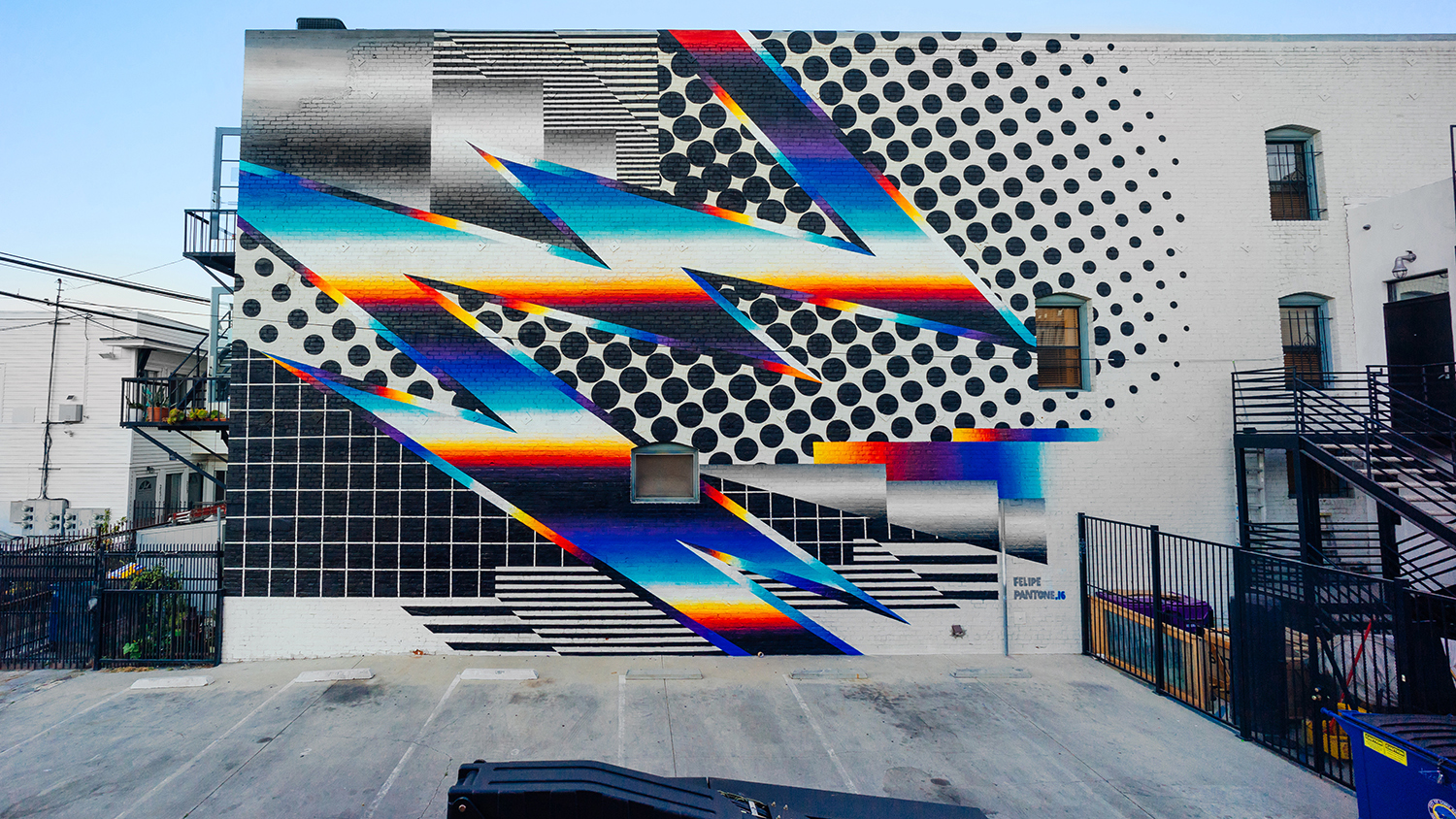 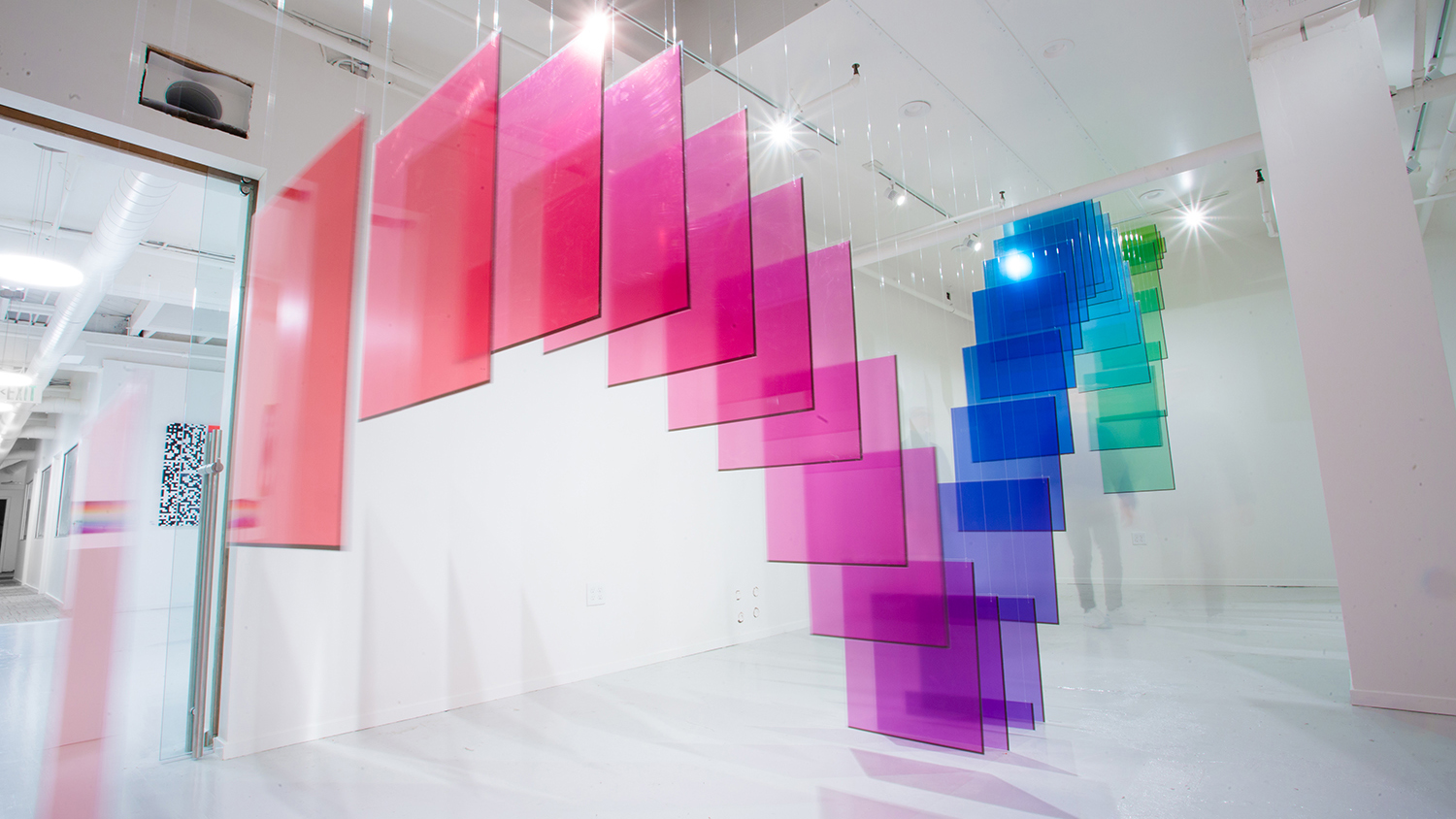 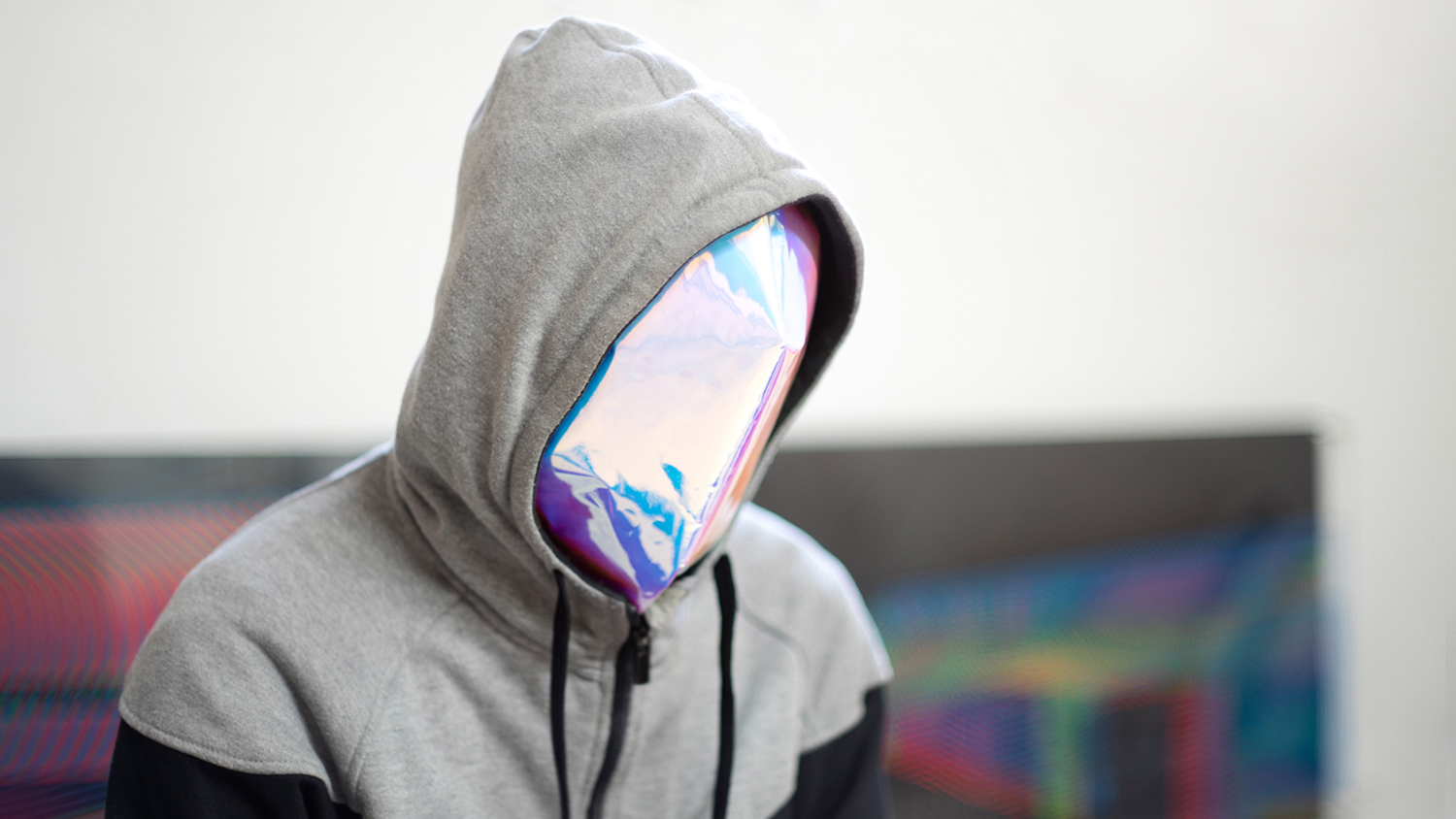