Some DJs wear futuristic helmets. Others opt for marshmallow-shaped masks. True to his moniker, Australia's Just A Gent wears a suit, complete with a top hat to match. An electronic artist with an ear for the melodic, Just A Gent has taken his act from one side of the globe to the other, touring throughout the United States, New Zealand, and his native Australia. The 10,000 spoke with Just A Gent about his persona, electronica's ever-shifting sound, his recently-released debut album, and more.

You have such a unique name and accompanying persona. How did you develop the Just A Gent moniker?

The Just A Gent moniker originates from my friends and me in high school. We called ourselves "the gents" and dressed up in suits to go to parties. It was pretty fun. I wanted to start a new project years back, and thought it could be a cool concept. And it worked out pretty well!

Australia has recently produced some of electronica's top artists: DJs/producers like Flume and Tommy Trash, and experimental, electronic-infused bands like Empire Of The Sun. How did electronica become such a popular genre in Australia?

Our radio has always been a big helping hand. They play a lot of electronic music and people just get into it. Thanks to the likes of Flume, though, so many young people started making beats. And now there's just talent everywhere.

What have you learned from the Australian artists that came before you, and what are you doing to set yourself apart from the legacy these artists have left?

I've learnt pretty much everything [from them]. I grew up listening to the Australian Ministry of Sound CDs mixed by legends like The Aston Shuffle and even Mr. Tommy Trash. As time went on I definitely found inspiration from many other things that led to my own sound, and I've just been building on it ever since.

Electronica has the aptly-titled "button pusher" stigma you allude to in your Instagram profile. What have you done to combat that image?

Technically all I do is push buttons. [Laughs.] Although, I think sometimes people don't understand the time it takes to make a song, or the difficulty of mixing multiple songs on the spot. I think calling me a button pusher is pretty accurate, but I push more buttons than one may think.

You recently released your debut album, Stories To Tell. In a musical landscape dominated by singles, how important are albums in 2016?

I don't think they're super important as such. I definitely get much more traction each time I do a single release, but it just feels so good to put a piece of work out that's longer than four minutes. It's been a dream to release something like this, and it just means a lot to me to be finally able to say I have an album out. I also make a ton of music, so I have hundreds upon hundreds of unreleased tracks sitting in the bank waiting to come out. It definitely helps bring that number down when you can chuck eight tracks in a release rather than one or two.

You've also released a number of remixes via your SoundCloud. Remixes are particularly important in electronica, yet are scrutinized by many artists and streaming services. How have you combated this issue?

Remixes, or more importantly, bootlegs, are more or less how most producers can even put themselves on the map. It's definitely how I built a listener base and how so many of my friends and other people I know have done it. The fact that it's becoming near impossible to put these up on the internet without getting them taken down, or even potentially getting your entire account taken down, really shits on most people trying to make it. Hopefully the streaming services can turn this around and make this a possibility again, but on whatever platform they make it possible, I will be there.

What first inspired you to make music? What inspires you today?

My dad was a big inspiration back in the day; he was a vocalist/guitarist in a rock duo. I always loved going to see him play at pubs. He helped me write songs back when I was really young. He would play guitar and I would sing. I always loved music because of that. When I found electronica, and found out I could make music on a computer, it was a game changer. Today, my whole life inspires me. I get to work with some super talented people, and there's so much great music out there that can really get me going. I also love science fiction and video games—they always help me when I'm in a bit of a block. 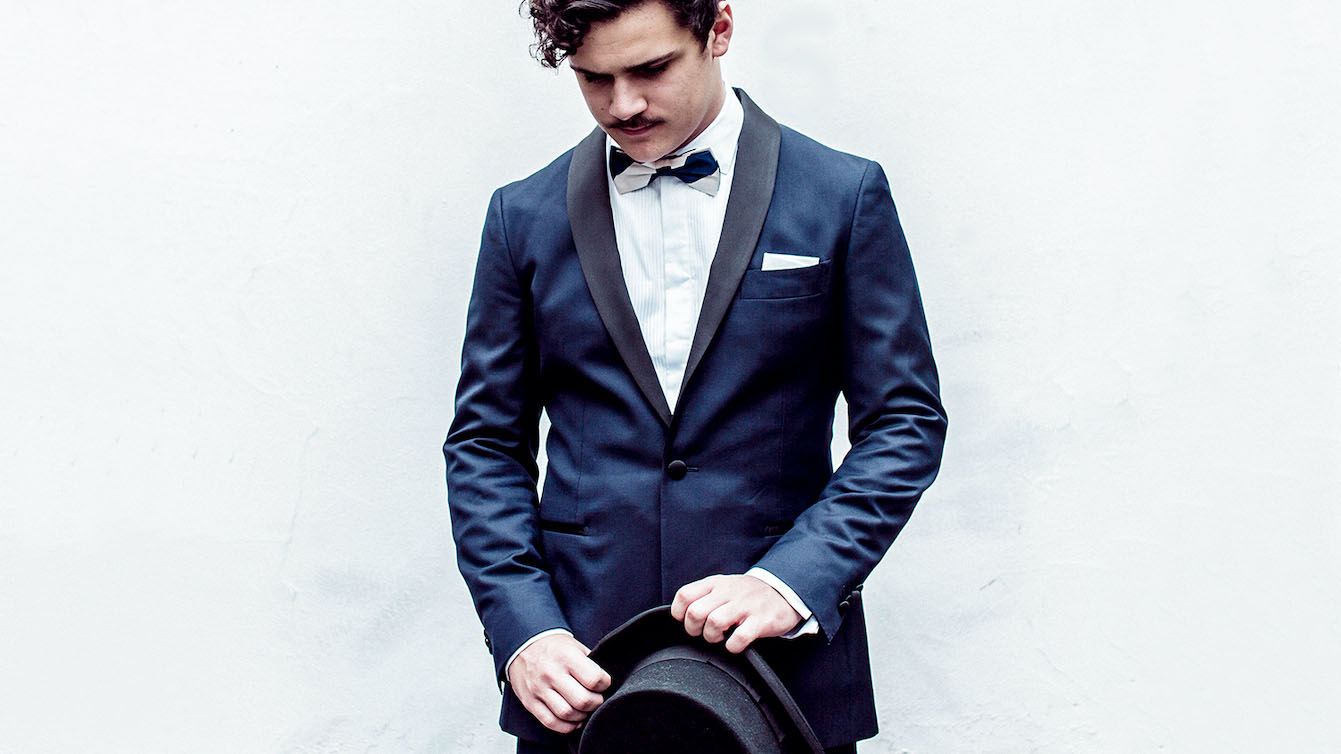 Photograph of Just a Gent for Master and Dynamic
Related Stories