As the Internet becomes increasingly crowded, the once-streamlined process of music discovery has become muddled. Thankfully, bloggers like Jacob Moore, the founder of Pigeons & Planes, serve as gatekeepers, presenting the latest up-and-coming acts to the world. From hip-hop to indie rock, the site's curated musical picks are one of the reasons Complex Media added Pigeons & Planes to its roster of blogs years ago. The 10,000 spoke to Jacob to learn more about the history of Pigeons & Planes, how he discovers music, and what the future holds for him.

Music blogging has undergone drastic changes since you first launched Pigeons & Planes. How have you stayed at the forefront over the years?

I think it's a few things. For one, I think the Pigeons & Planes team has stayed passionate about discovering new music. Whether it's with lists, interviews, profiles, playlisting, or shows, music discovery is at the core of what we do. I think there's always been a need for that, but it's become especially important today because there are more artists than ever putting music out there, and filtering through it all is difficult.

Another advantage we have is that we're a small operation, and we're able to easily adapt and evolve. We don't come from a background of media or journalism so we're not stuck in our ways or attached to any one method or strategy. When free mp3s stopped mattering, we moved into streaming. When demand for basic lists went down, we moved into other forms of content. When new social media platforms take off, we get in there. Now we're doing shows, creating more videos, and figuring out ways to make content and allow people to keep up with good music in a way that makes sense for 2016 and beyond.

Aside from that, I think we've earned a strong reputation for finding good music and maintaining an artist-friendly environment geared towards music fans. We keep things fun and unpredictable, and we're willing to take risks.

Oh, and the Pigeons & Planes team is like a family. I genuinely love the people I work with, and I think we've formed a special little behind-the-scenes community of writers and contributors who enjoy the work. We talk online all day, hang out outside of work, go to shows together... shit, several of the P&P employees have slept on my couch at one point or another. That's not something the public gets to see, but it's an important part of P&P's success. We work our asses off, but it's easy and rewarding to be a part of a team like the one we've got. If someone needs to cover a shift, jump online at a ridiculous hour to post breaking news, or put in some extra hours on a special project, I know I can reach out to any single person on the squad and they'll be down.

How do you still manage to discover so much new, untapped talent?

It's just what we do. It's not even work, it's just natural. Ever since Napster and Limewire, that has been something I've loved doing. It comes from all over the place—word of mouth, email submissions, SoundCloud digging, other artists' recommendations. And when we find something we really love, we're willing to go all-out to support. We've posted a lot of stuff that doesn't ever take off, and we know that sometimes an artist isn't going to be the next superstar, but I think we've got a good sense of the special ones.

There was no hesitation on my part. It was huge. I had this little blog that I started in my bedroom, no job, and a degree in finance. I was interviewing for finance jobs that I knew I'd hate. So to get an offer to work at Complex, continue to run Pigeons & Planes, and get resources to grow the site--it was a no-brainer.

I'll never forget when I got the offer. Noah Callahan-Bever, the editor-in-chief at Complex, offered me a job to work on the music team. I was like, "Yeah, that sounds amazing, but it will be hard to give up on Pigeons & Planes." At that point, I had been running the site for a couple of years while I was in school, and I knew that if I had a full-time job, I wouldn't be able to keep it up. I basically told them that I'd get back to them soon about the job offer, but I already knew in my head that I'd accept it, even if it meant leaving P&P. So I leave, and before I'm even out of the building one of the Complex guys hits me up and says to come back up, that Noah wants to talk to me again. I go back in there, and Noah is like, "What if we give you a job at Complex, but you can keep running P&P from the office?"

That first year at Complex was insane. I was writing daily news posts for the Complex Music channel and also running P&P as the only full-time employee. I'd wake up, do work, go to work and work more, then come home and continue working, sometimes until 3 or 4 in the morning. I remember doing a couple of 50-slide lists in a single night. It would be me and a couple writers just powering through shit. Not always the best way to work, but we were producing so much content every day, and there just wasn't enough time to plan. It was like that for a solid year or so, and I gave up a lot of my social life and free time, but I knew I had a crazy opportunity and I had to take advantage of it. P&P showed a lot of growth during that time, and at some point, Noah just told me I should stop working on Complex Music and just put all my effort into Pigeons & Planes.

It was difficult at times, but it worked out perfectly. The effort paid off, and I learned a lot. I still suck at planning ahead, but now we've got a managing editor. Shout out to Alex Gardner. Shout out to Complex, too. Being a small part of a big company has its challenges, but the people there have shown so much love to Pigeons & Planes and given us the creative control and freedom to work the way we want to, because they know that we're never going to abuse that freedom or slack off. That's made a huge difference.

You've also established more grassroots shows — the No Ceilings concert series. What has that meant to you?

No Ceilings is really special. We had absolutely no idea what we were doing when we started putting on shows in NYC. We just wanted a way to bring some of the music we love into a real-life setting, so we started booking up-and-coming artists and doing No Ceilings. We had absolutely no budget. We were paying artists from ticket sales and most artists were basically doing it as a favor, and to get some exposure and an opportunity to perform in front of an NYC crowd.

These No Ceilings shows have evolved into something amazing. It's such great energy, and people like Lyor Cohen, Dante Ross, Kevin Liles, and A&Rs from every major label have started coming out to see them and check out new artists. It's a cool mix of fans and industry, so artists know when they hit a No Ceilings show, they're going to have a good crowd who's down to see something new, and they'll get some attention from industry insiders.

I'm so happy with how these shows are going, but we do want to figure out how to take things to the next level. We're working on that now.

What pushes you to keep creating?

I love it. I just genuinely love music. I'm uninterested in a lot of the other stuff going on in pop culture, but I'm just so focused on music and I have been for so long. Even before Pigeons & Planes, I was constantly making mix CDs for friends, searching for new artists, trying to spread the word on discoveries however I could. I think in some ways I've always had a hard time connecting with other people, and music has always helped with that. With P&P, I feel a real connection with the people who read it, the people who are excited about the same things that I am, and the artists I get to work with.

You run a music blog — your favorite artists are fairly well known — but what do you listen to on your own time?

I listen to the same things you see on P&P. If you look at our Spotify or SoundCloud playlists (Apple Music coming soon), that's the music I'm mostly listening to. I really like staying up on what's new, but I do go back to older stuff that I guess people don't know about. I love Nirvana, Pixies, 2Pac, The Velvet Underground, Bob Marley, James Brown, Robert Johnson, Nina Simone, Elliott Smith, Talking Heads. People are always surprised that I love the Grateful Dead too. But yeah, I spent a lot of years discovering older music, so now I really like to focus on hearing how everything is evolving and who's pushing things forward. 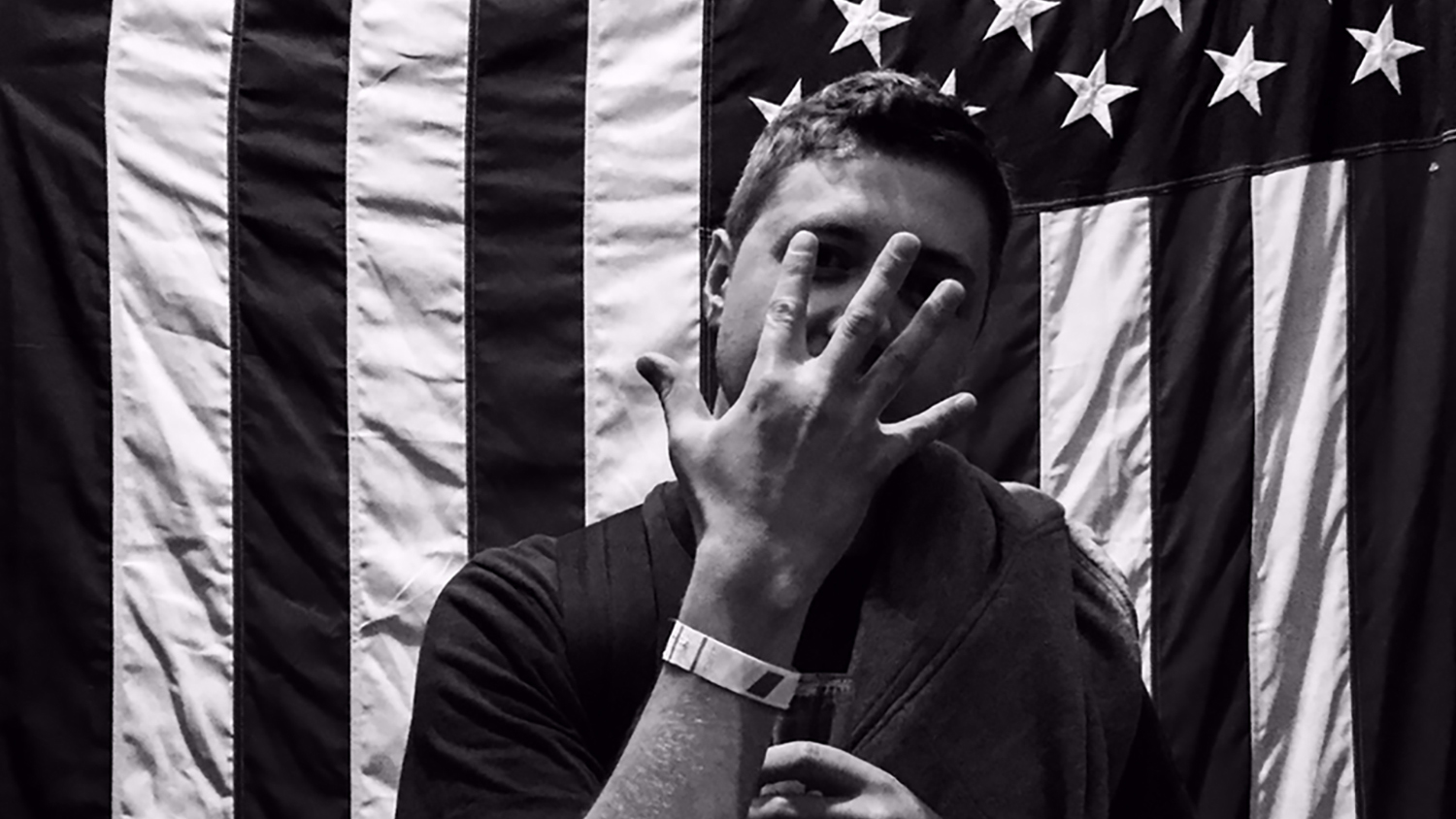