R&B is a genre predicated on emotion; love and heartbreak often find themselves in the middle of melodic choruses and deep verses. Devon Baldwin, whose lung collapsed during the making of her aptly-titled Lungs EP (2015), knows this all too well. With the recent release of her first two original songs since Lungs EP, The 10,000 sat down with the Bay Area singer/songwriter to discuss her love of photography, her brand, and her music.

Music is a family vocation; your mother was a producer for Windham Hill Records. Did you ever dream of doing anything else?

Besides being a mermaid? No, not really...I think I told my parents that I wanted to be a 'famous singer' (whatever that means) when I was four or five. I'm sure my mom was rather horrified because the music industry was literally collapsing around her at the time, but I was stubborn and she was supportive regardless.

You're a Bay Area, CA native, but met many of your frequent musical collaborators in New Orleans. How much has the city influenced your style?

I honestly sometimes wish I never left New Orleans—it is just the most unique and inspiring city AND everyone is so happy and just gets drunk all day (and night for that matter). I'm secretly plotting to move back there at some point in my life, hopefully sooner rather than later.

Your first and latest major project was the Lungs EP, released in late 2015 and titled after the collapsed lung you suffered while recording the project. How did you find the inspiration to continue on after such an event?

I actually did a lot of the writing for the project while I was in bed with chest tubes and on a lot of Vicodin (it was a terrible and yet somehow enjoyable experience). I wasn't allowed to sing for several months during and after my lung collapsed (three fucking times!), and then by the time I could finally sing again I was desperate to put melodies to all the lyrics I'd written. At that point the songs almost felt like they finished themselves.

Your personal brand is very closely curated. How have you continued to shape it over the years?

Oh man, I don't know if it's closely curated or if I just haven't gone shopping in too long and I'm still wearing the same things, haha. I also probably spend too much time on Pinterest getting clothing and design inspiration. But honestly I just have a very specific sense of what I do and don't like in all categories of life, and that manifests through what I wear, what I post on my Instagram, and even what I use for track art. ALSO I have the best graphic designer of all time, John Liwag.

Your photography seems to attract a great number of fans. How does it play a role in your music and vice versa?

Living in the Bay Area makes it really easy to fall in love with taking photos—it's just so fucking gorgeous! I grew up driving through the mountains to different beaches and hikes, usually while getting high in the process. My song titled 'Lungs' is actually about this precise activity: 'Late night tracing the streets / chasing the lights through the fog / hold our breath and release / swear by what they call wrong'. A lot of my lyrics are visually inspired because I love the ocean/mountains/forest/all things nature so damn much.

Does modeling factor into your career plans as well?

Yeah definitely! A couple of my close friends, Bobby Bruderle and Kathryn Page, are both photographers and they've really helped me feel comfortable in front of a camera, which is 100% not how I used to feel. I'll never turn down an opportunity to have my hair and makeup done and play dress up for a few hours.

What are you working on now?

I'm releasing my first two original songs since my Lungs EP on September 21st, and then a new song every month on the 21st for a year after that! I'm super stoked to be sharing new music again, and these new songs are more personal and more raw than I've allowed myself to be in the past, so I'm excited to see how people react. I've also decided to make myself into a human Pinterest, so I re-launched my website that now features my favorite recipes and restaurants, monthly playlists, and photos of me most likely eating an avocado and/or drinking whiskey. 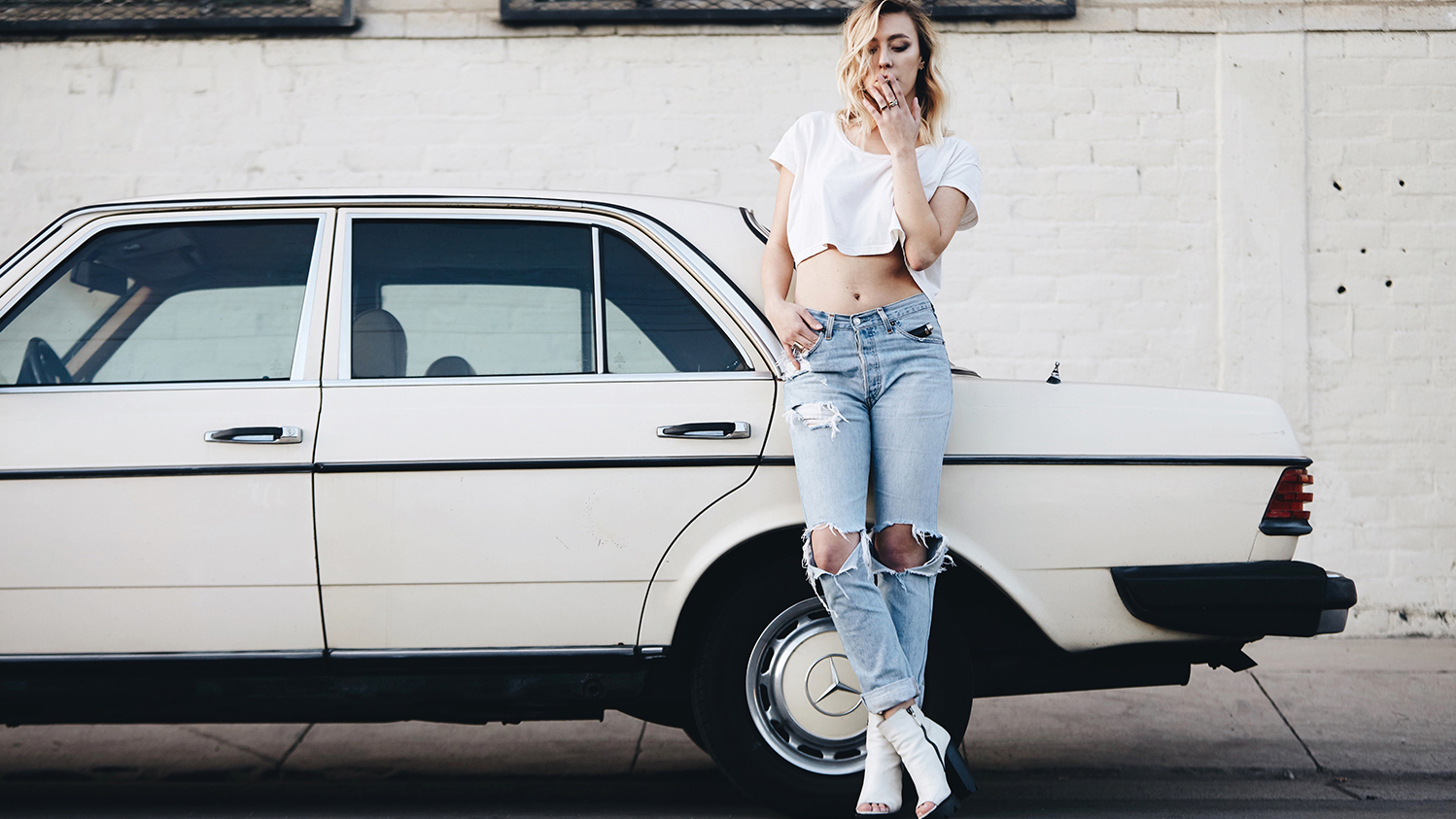