At David Mann's solo exhibition Sympathetic Strings, the artist drew a rich visual and metaphorical connection between his art and sympathetic strings. Sympathetic strings lie beneath the strings touched by a musician. They're activated through the strings' vibration, and appear in various instruments, including, most notably, the sitar. Mann uses these strings to visually create his multilayered paintings, and at the same time, his works pulsate with a unique energy and lyrical musicality, reminiscent of both nebulous forms under a microscope and the stellar vastness of space.

We met with Mann following his solo exhibition at Margaret Thatcher Projects in New York City to discuss the relationship of his art to sympathetic strings, the influence of music on his studio practice, and how he would like to inspire viewers.

Years before his newest series, Mann became interested in sympathetic strings through listening to seminal sitar player Ravi Shankar while painting. "The notion of sympathetic strings first came to me—and I think most people experience it this way—through the sitar," recalls Mann, "As a young guy, I was mystified by the whole thing. It was sort of like an early synthesizer."

Mann's prior fascination with sympathetic strings returned to the forefront of his artistic imagination during the development of his new series, which aims to blur the boundaries between the amorphous and the linear. After testing various brushes and pens, Mann found them "too perfect" to create his desired lines that "assert the depth, as well as the plane of the painting laterally." Mann, influenced by the chalk reel often used in construction, then experimented with string.

By dipping the string in paint, pulling it taut over the canvas, and letting it go to splatter the paint, Mann realized the strings allowed for a striking line that "would have a little bit of grit and precision." He describes himself as "very much a painter that responds to the work visually as I'm making it." He says, "There became this whole vocabulary of different strings and the marks they would make."

Sympathetic strings do not only refer to the technique responsible for the ghostly lines bisecting the layers of glaze on Mann's paintings. He also uses them as a metaphor for his creative process. Mann observes, "I want to work on a painting until I hit a right set of notes, which sets the whole painting vibrating… Visually, there's a similarity, but what's richer for me was the way it was a metaphor for thinking about painting."

Music remains a constant source of motivation in Mann's studio. In addition to Ravi Shankar, Mann lists The Crystal Method, Boards of Canada, and The New Pornographers as recent favorites. At times, certain musicians even become inextricably tied to his artistic practice. Laughing, Mann reflects, "There was a time when I made work that was very different, but I had this relationship going visually with John Coltrane's music. I got to the point where I couldn't paint without putting him on. I had this one-sided codependent relationship with Coltrane."

Defining his work as a "process of discovering," Mann aims to translate that same joy of discovery to his viewers. Asked how he would like his art to inspire viewers, Mann reflects, "I want there to be something immediate, but also something that can seduce the viewer into spending time with it. The sense of discovery in the work is paramount for me, and if some of that comes through to a person's experience when they look at it, that's wonderful." 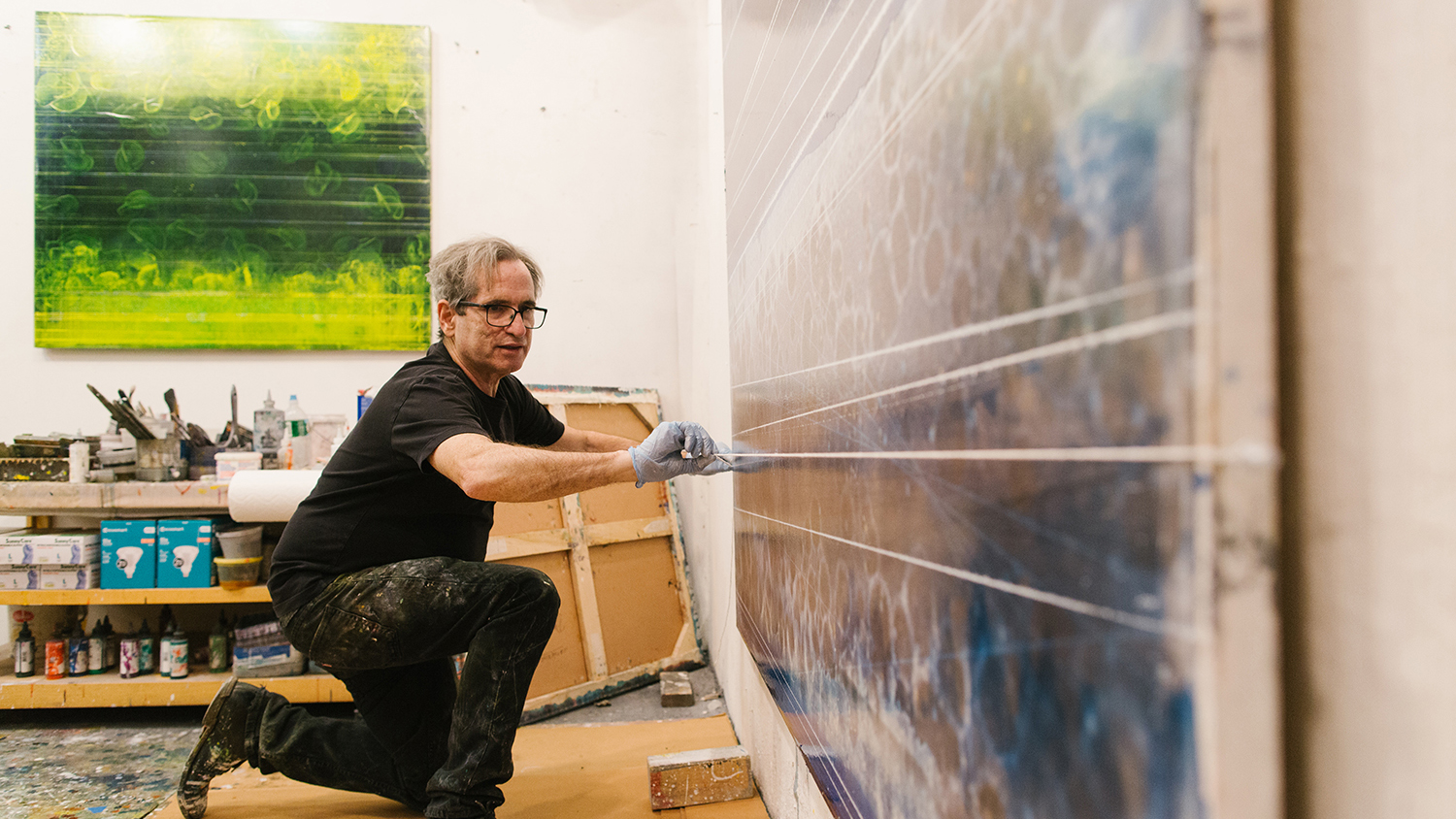 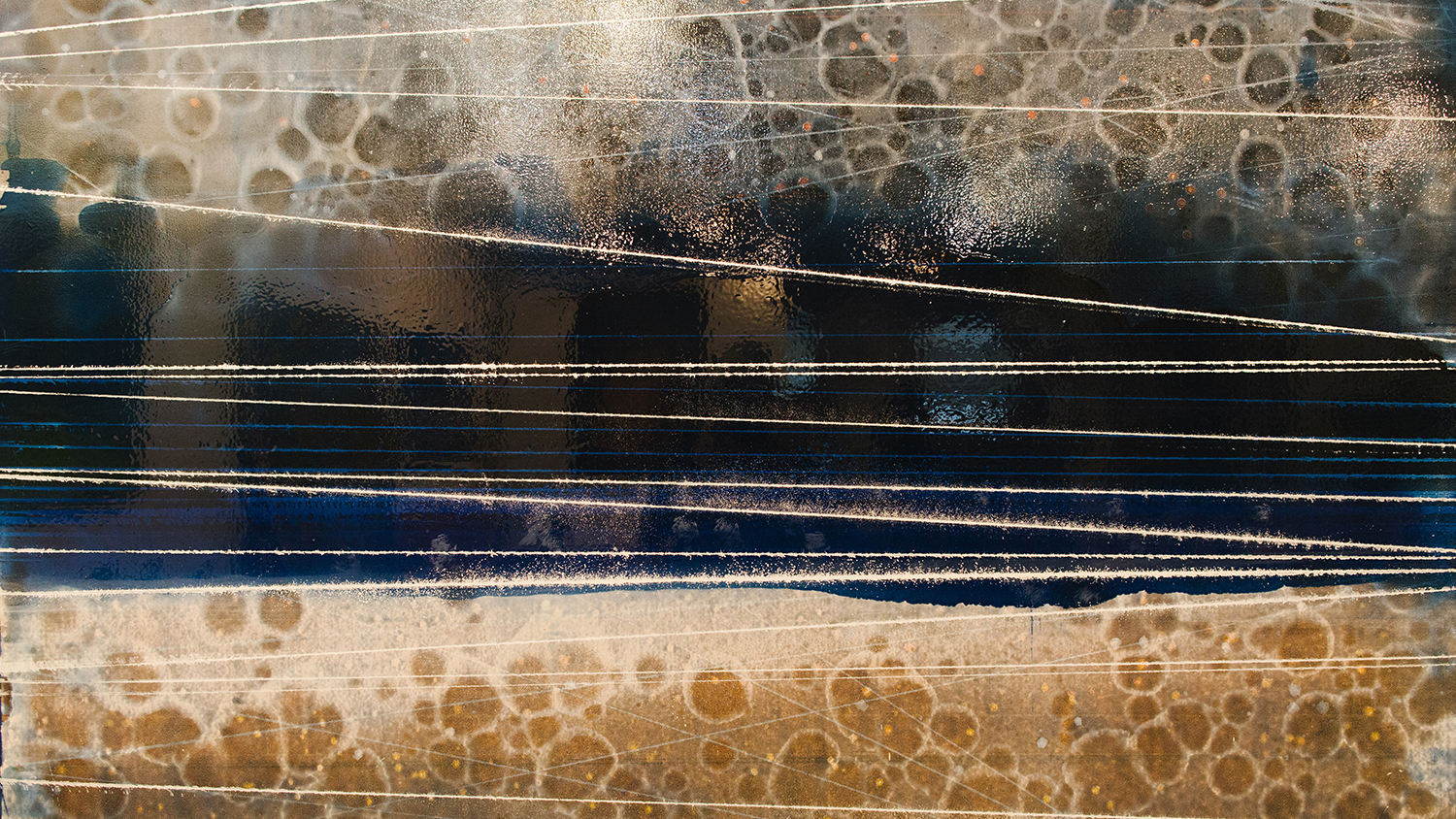 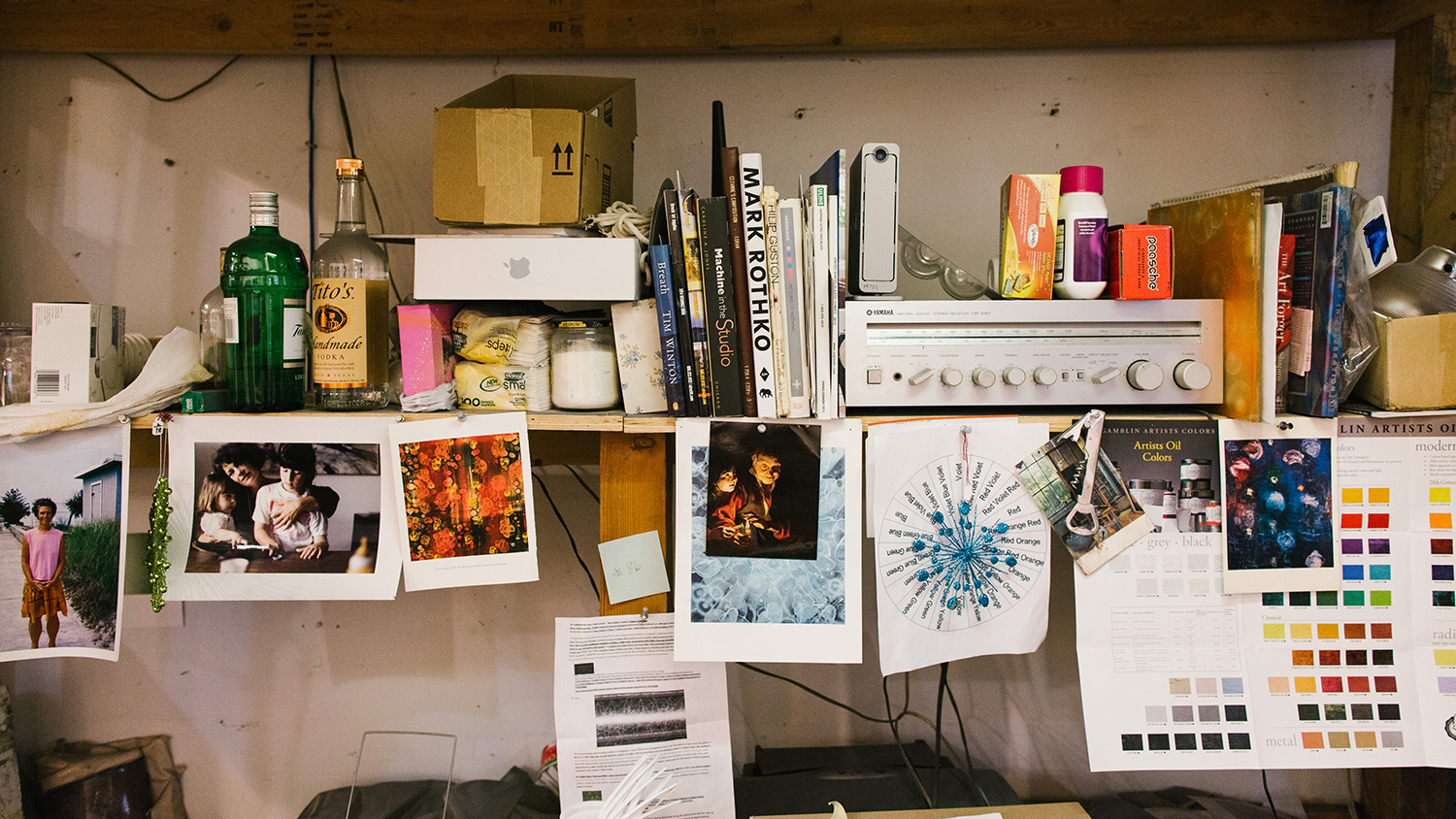 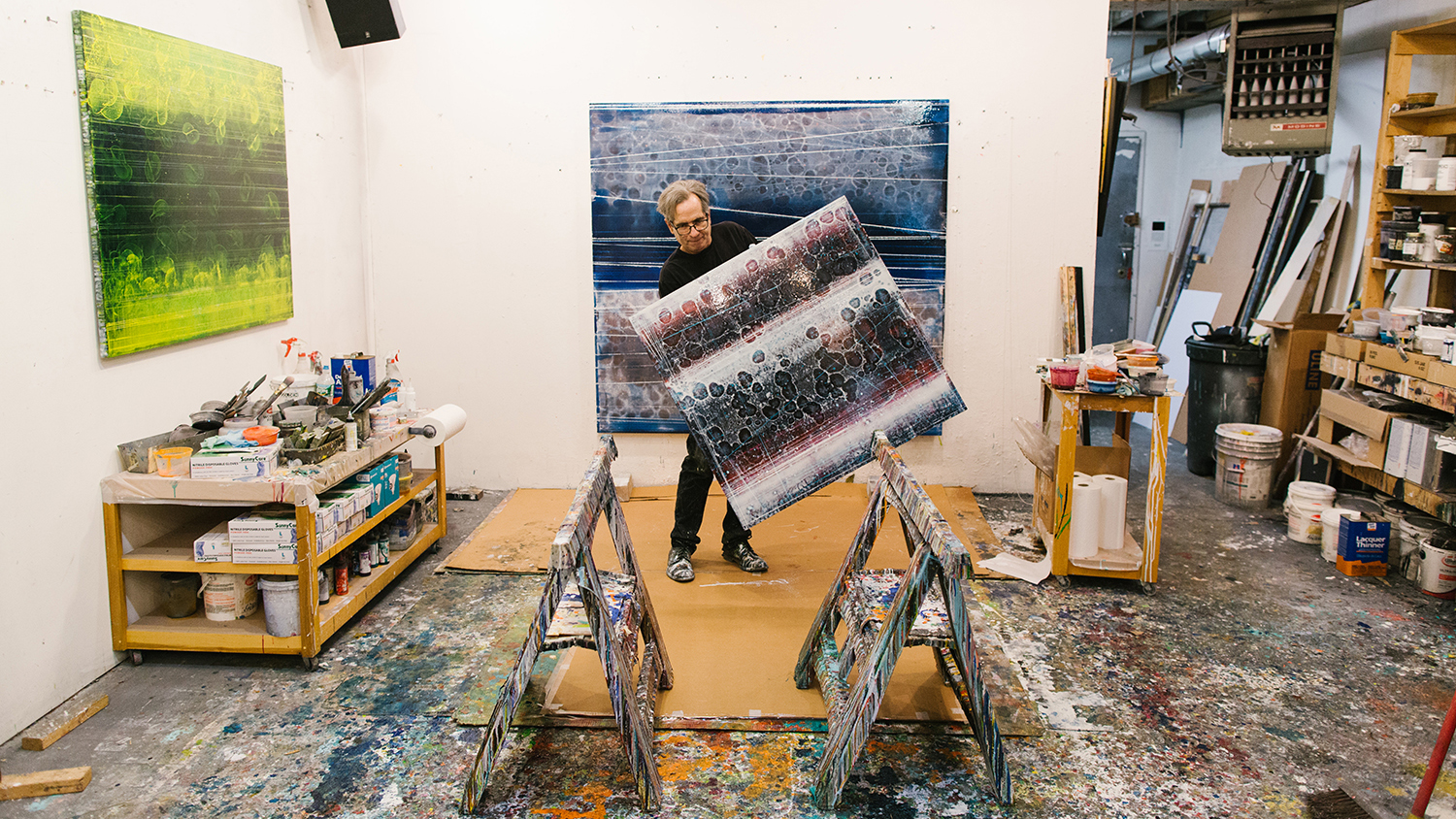 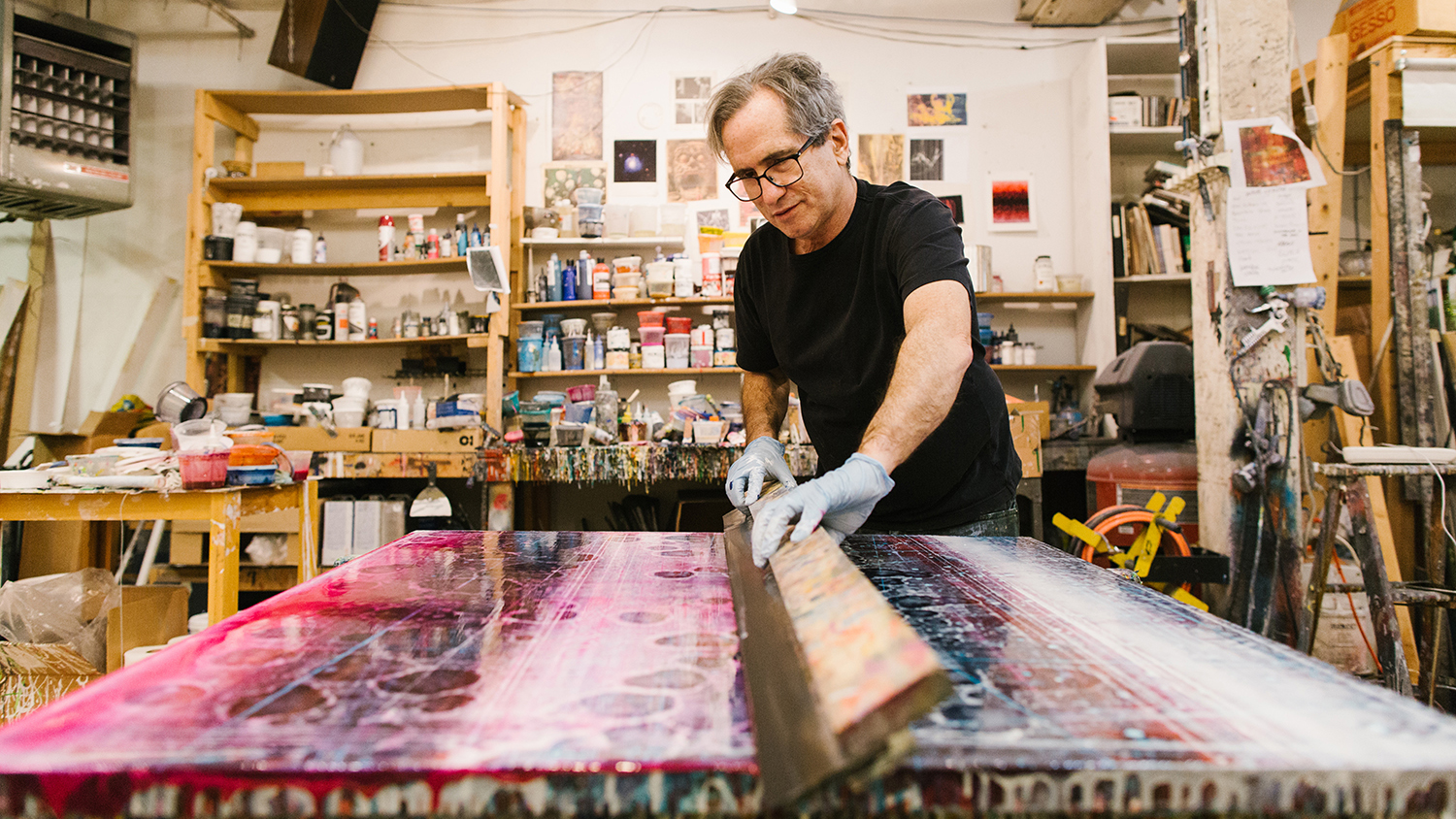