Sound subtly flows through the speakers as she prepares for the shoot. The increasing volume inspires both the artist behind and in front of the camera, and the creation begins. As the hip hop verse transitions to smooth R&B croons and finally to the deep bass of house music, the artists' energy responds accordingly, transforming the photo shoot into a creative experience. It's mental, it's verbal, it's physical, and it's always high intensity. This is what it's like working with Christelle de Castro.

Hungry for the hustle, Christelle worked a restaurant job to pay the bills while simultaneously interning for a photographer in Williamsburg. Gritty and chaotic, the daily grind was real, but an opportunity came in the form of a friend, her roommate actually, who was the head designer for fashion powerhouse Opening Ceremony. Christelle became part of the OC team, taking control of their e-commerce site – a job that led to a position as Photo Director. Her innovative vision became an integral part of the company; in fact, the e-commerce photography system she implemented is still used today. After two years at the top, Christelle left Opening Ceremony to freelance, which she's been doing successfully for nearly five years.

The quotidian routine as a freelancer? No such thing, but the underlying constant has always been a dedication to creativity. For Christelle, creativity is "about being clever, humorous, and invested in the moment." As far as surviving as a freelance creative, Christelle says it's about being resourceful and rolling with the punches. "This business is very unpredictable," she says, "the only thing you can rely on is your hard work, consistency, and offering up your best self."

Christelle's work continues to inspire creatives to hustle in the name of artistry, which is why Master & Dynamic chose her to shoot their first campaign, "Create History." While the campaign itself captures hyper realistic portraits of tomorrow's creatives, the purpose is to encourage individuals to ask themselves what they can do today to solidify a spot in the history of the future 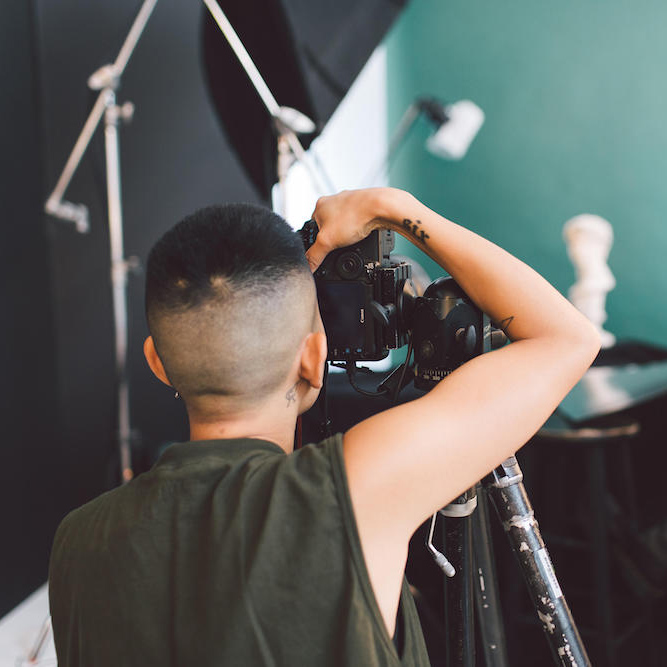 Behind the scenes with Christelle shooting Master & Dynamic’s new campaign. 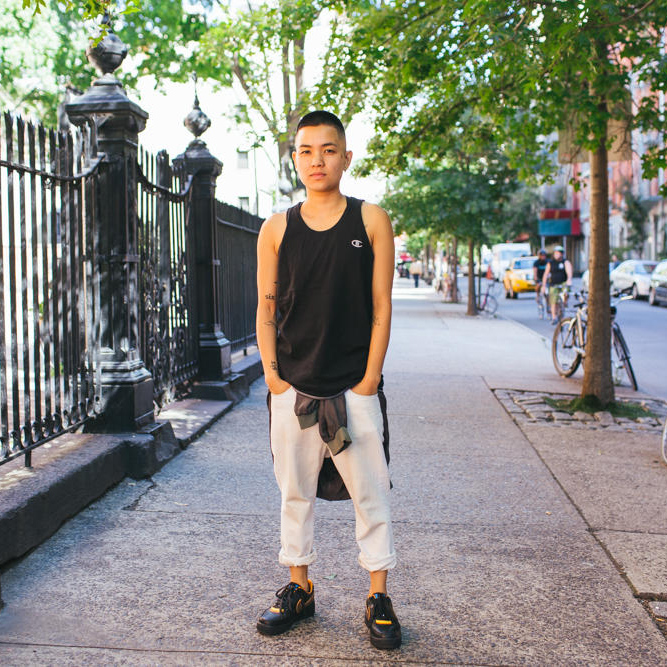 Christelle on Mott Street in SoHo reflecting on her creative roots.
Related Stories