Celebrating the reopening of the Whitney Museum of American Art's new Renzo Piano-designed building along the High Line, artist Christine Sun Kim held a performance on Monday, June 22nd as a part of 99 Objects, an ongoing series of lectures, performances and other programs highlighting one object from the museum's permanent collection. Collaborating with artist Taeyoon Choi, Kim's performance used lighted metronomes and selfie sticks to create a dialogue with the poetic systems in conceptual artist Charles Gaines' Incomplete Text #6 'E' 1978-1979, imbuing sound with a rhythmic visual quality. Concluding their three-part performance on one of the Whitney's scenic terraces, Kim and Choi chose audience members to use selfie sticks to, as Kim explains, "function as human metronomes, swinging their sticks like pendulums."

After her Whitney performance, which Kim describes as "so much fun," the 10,000 spoke with Kim on the similarities between music and American Sign Language (ASL), how she conceives of her artwork as an extension of her voice and the responses she has received from both deaf and hearing viewers.

Deaf since birth, Kim uses her innovative art to analyze the unexpected, underappreciated, and often, underrepresented visual, physical and performative aspects of audio. The artist examines sound through her multidisciplinary artwork, from participatory performances, such as Face Opera, featuring a group of friends who are prelingually deaf "singing" solely with their facial expressions, to her drawings combining musical notations, ASL and English grammar.

Like her engagement with Charles Gaines, whose work features a similar interest in linguistics, music and visual representations of sound, Kim's art creatively asserts a complex comparison between ASL and music. Asked what she sees as the relationship between ASL and music, Kim responds, "People treat ASL and music as apples and oranges, but they're actually very similar in many ways. A musical note cannot be entirely captured on paper, which is just like a concept (or sign) of ASL. If the writing system for ASL was invented and embraced centuries ago, it would be as sophisticated as music."

Holding a unique place in the largely hearing art world, Kim establishes links between the often, disparate experiences of the deaf and hearing communities through her aural art. While noticing that "reactions vary" from deaf and hearing viewers, Kim observes, "It's mind-blowing to see how much sound really connects my work to broad audiences, not specific groups of people."

Related to her artistic investigation of music and linguistics, Kim often collaborates with fellow artists, musicians, writers and others in creative fields in her performances, using their voices as found and commissioned sounds. In Kim's performance Fingertap Quartet, Kim asked Blood Orange's Dev Hynes to create twelve unique vocal samples, which she then mixed into four sound files inspired by Harry Roseman's essay "Assignments on Assignments" in the collection Draw It With Your Eyes Closed: The Art of the Art Assignment. Describing this process as "leasing" voices, Kim explains, "'Leasing' voices, like my sign language interpreters, has been a huge part of my practice as my voice seems to have so many identities, platforms and even, voices. My voice literally has no social value and I don't use it to communicate. Conceptually, leasing voices is an attempt to place value on it."

For Kim, her artwork is a reflection of her voice - a means to communicate her ideas, aesthetic values and identity. "I used to be a painter for years," reflects Kim, "and I always felt like my voice never truly showed up in my work. Until I started to use the medium of sound, that's when I saw how perfect this vehicle was for my voice (identity, ideas and experiences)." 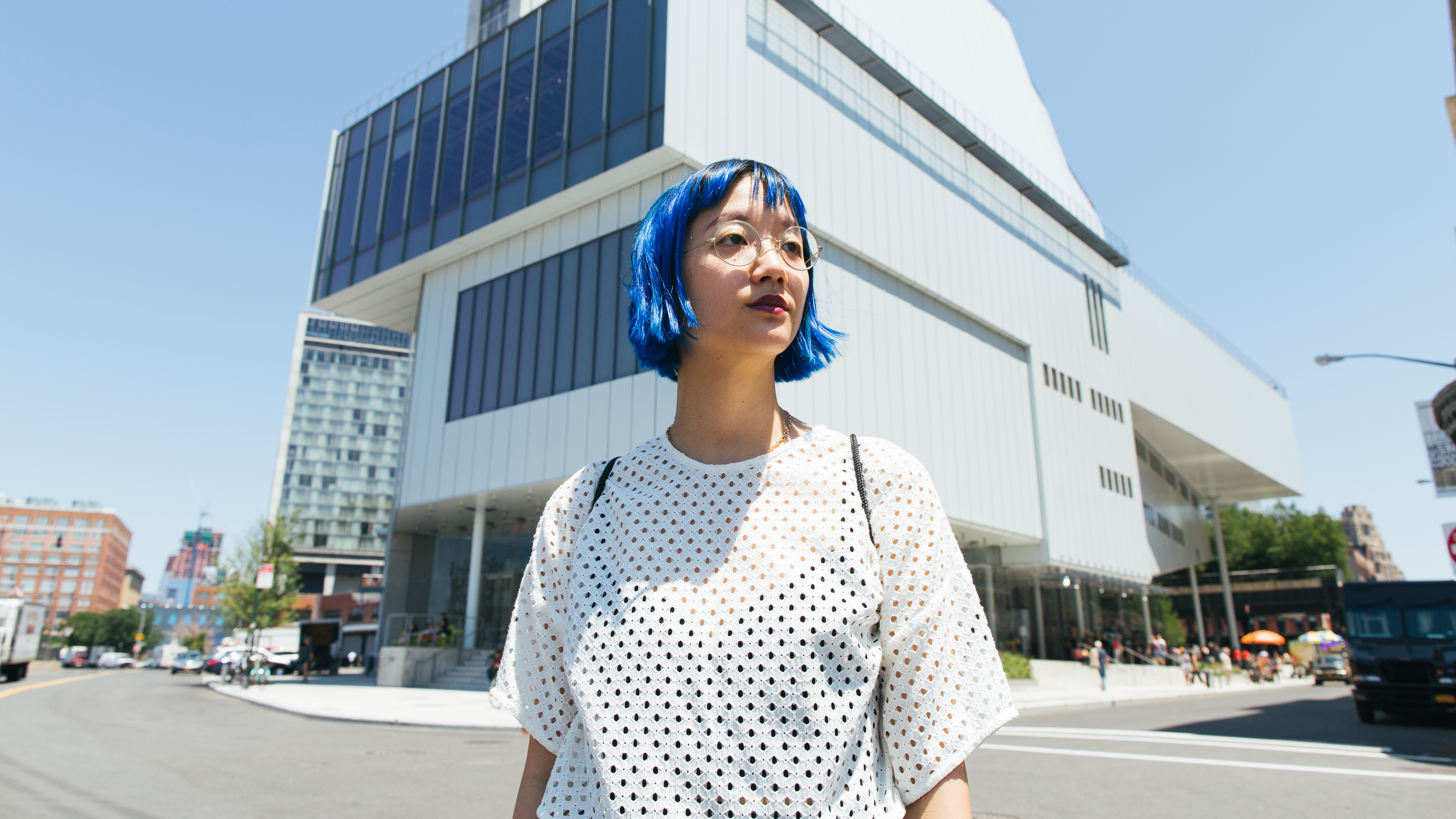 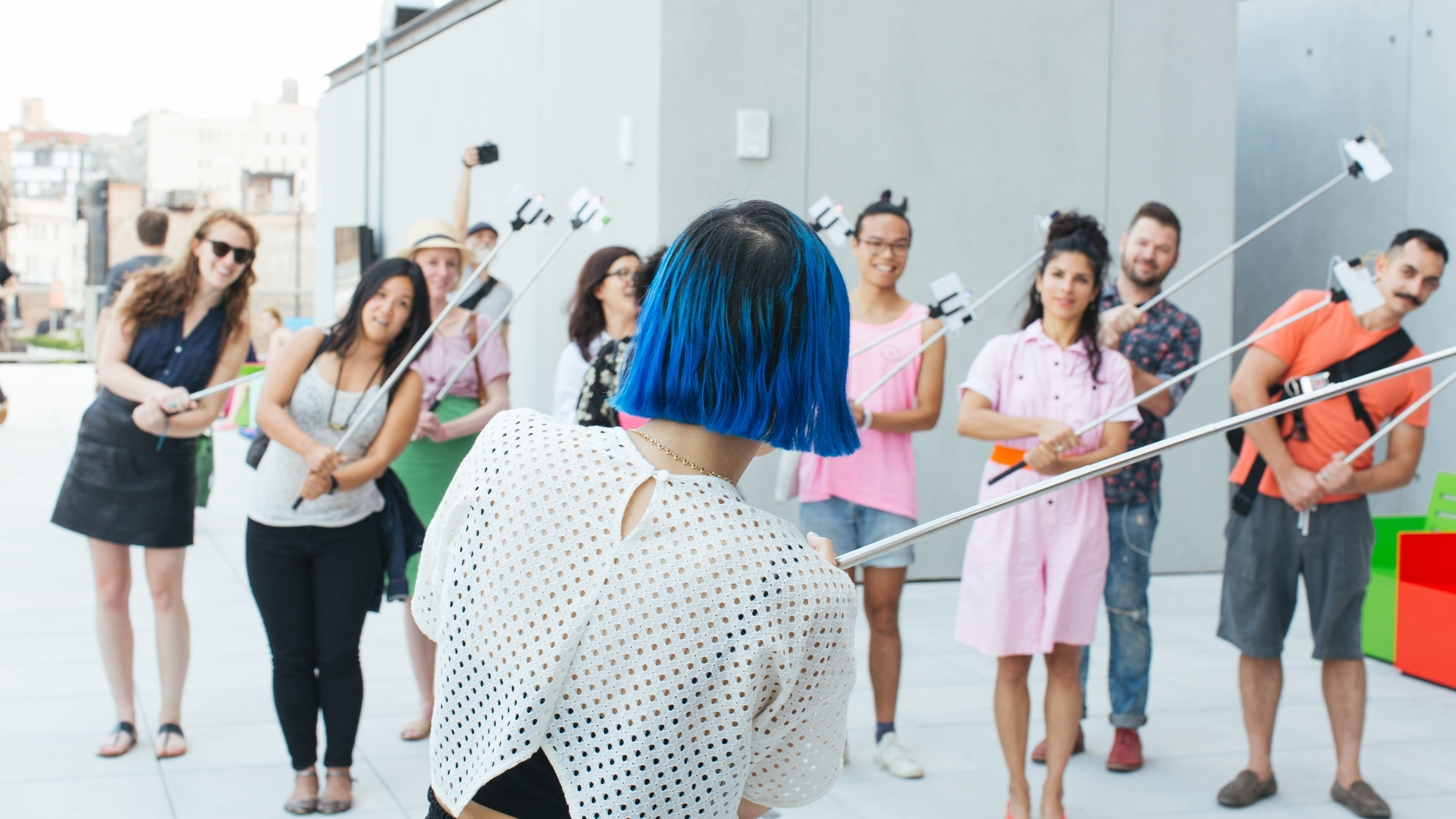 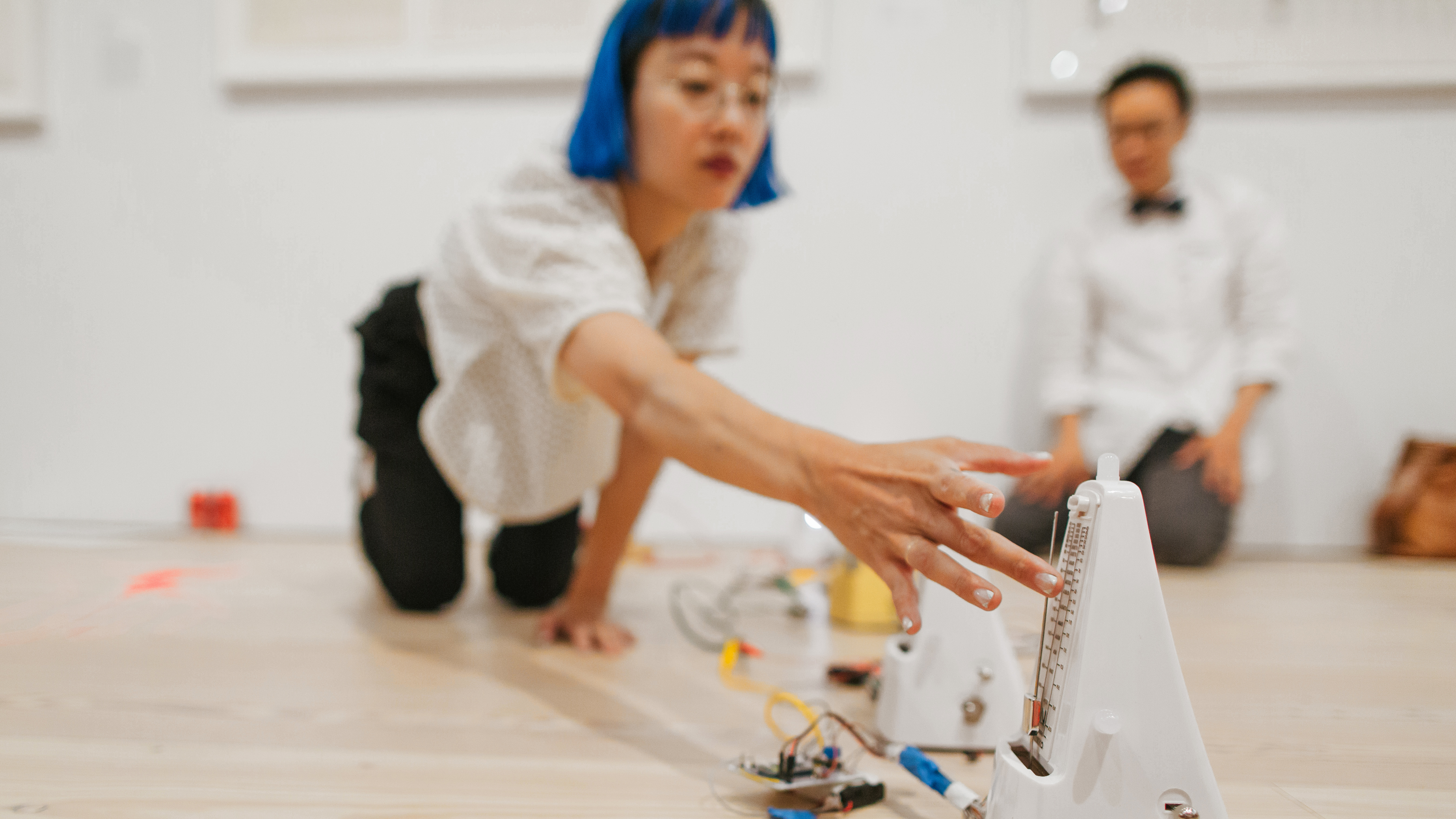