BAM Presents The Cithara and the Aulos by Lauren Clay

Those visiting the Brooklyn Academy of Music (BAM) this fall will notice something new when they step into the historic Dorothy W. Levitt Lobby. The vaulted arches and doors of the room have been covered with psychedelic vinyl wallpaper in soothing tones of purples, grays, and greens. The wallpaper is an installation by Brooklyn-based artist Lauren Clay, entitled The Cithara and the Aulos. We recently had the opportunity to speak with Clay about her trajectory as an artist, the inspiration for the piece, and the influence music has on her work.

"I've always known I [wanted to be an artist]," Clay tells us as we stand in BAM's lobby, her hypnotizing wallpaper spiraling above us. "Both of my parents are artists, and I started making things at a really early age. It was more like an identity than a decision; I always knew that it was part of who I was and how I wanted to exist in the world."

So how did the artist choose wallpaper as her medium?

"I have a background in painting," Clay says. "But pretty early on, my work became more sculptural. I was making works on paper and became really interested in how the paper sort of naturally curls off the wall. That's how I think about making things; it's more about the space, and the object in that space."

Indeed, the spiraling waves of The Cithara and the Aulos fit so well into this space, it's hard to believe they haven't been here all along. Clay marbleized the paper using a traditional technique: floating paint on the surface of a liquid solution and manipulating it into patterns. She then scanned the final product, digitally enhanced and enlarged it, and finally printed it as an adhesive wallpaper. What emerged is what you see: a calming, wavy pattern that's evocative of sound waves.

"I wanted to make a piece that was incorporated into this space in a way that was sort of seamless," Clay explains. "There are these arches—" she points toward the ceiling "—and it was important for me that the image sort of travel behind the structure of the architecture. So there's this relationship, or conversation, between the architecture and the wallpaper."

The theme of the work is also fitting. The cithara and the aulos are the two instruments featured in the Greek myth that tells of the musical duel between Apollo, the god of music, and the satyr Marsyas. "Apollo wins, and the decision was that the winner would get to do whatever he wanted to the loser," Clay explains. "There's that really beautiful Titian painting, The Flaying of Marsyas. Apollo ties Marsyas to a tree and flays him." She laughs. "I don't think either of them are role models in that story. But it's an interesting metaphor for being an artist; the idea of this musical duel with something larger than yourself.

"Also, a personal reference for me is the instruments they used. The cithara is like a type of harp, [which plays into] my personal association with BAM. This is one of the first places I saw a show when I moved to New York; I came and saw Joanna Newsom, who plays harp. She's super important to me."

When we ask to know more about the influence music has had on Clay's work and life, she enthuses, "Music's always been really important to me, [especially] psychedelic rock, like the Grateful Dead. This work is in some ways very psychedelic; transforming the perception of reality. And this work in this space especially, it sort of distorts the physical qualities of the wall; it tricks your eye into thinking there's depth. That's also part of psychedelia: the distortion of reality, and questioning reality, what you see versus what is actually there."

When asked about the advice she has for up-and-coming artists, Clay has this to say:

"Follow your instincts regardless of what's happening in the art scene. Follow your own interests to their extreme conclusion. There's so much work being made right now that's playing off so many things that have come before it. But there's a lot to be said for trusting yourself. It's [about] not being afraid, not censoring yourself. I think that's the thing that people relate to. Because that's the most powerful thing." 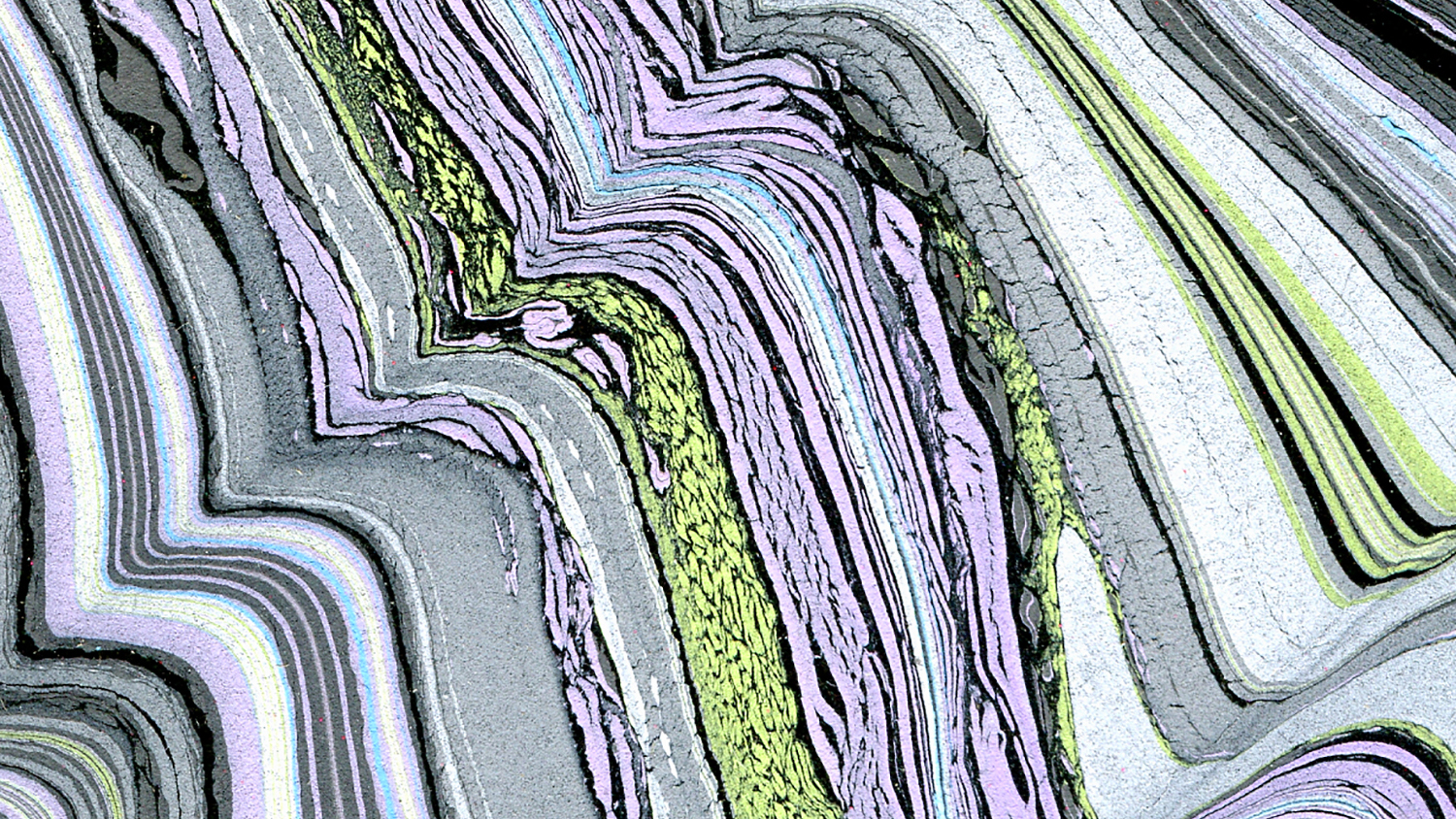 Close-up of artwork courtesy of Lauren Clay and BAM 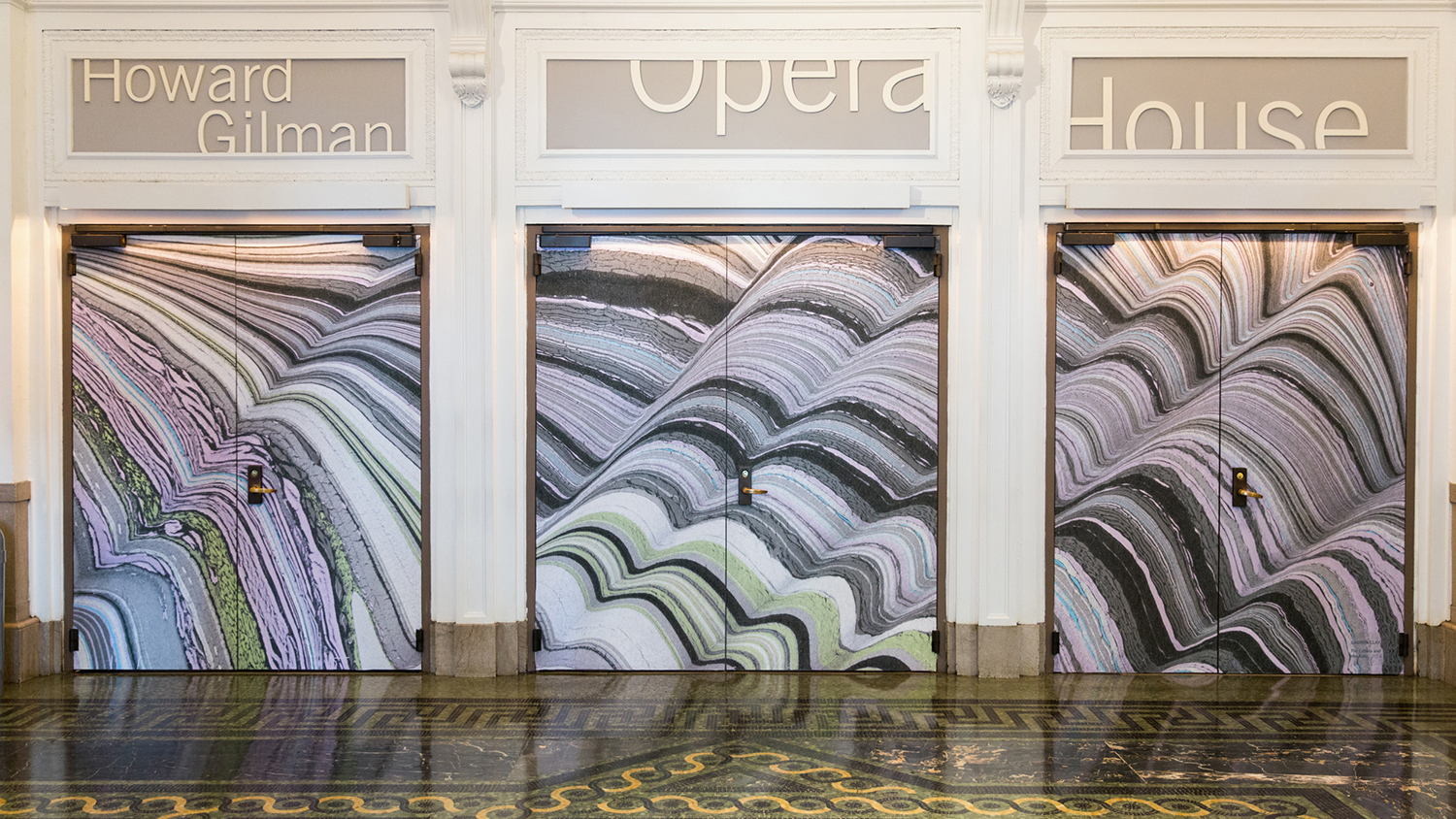 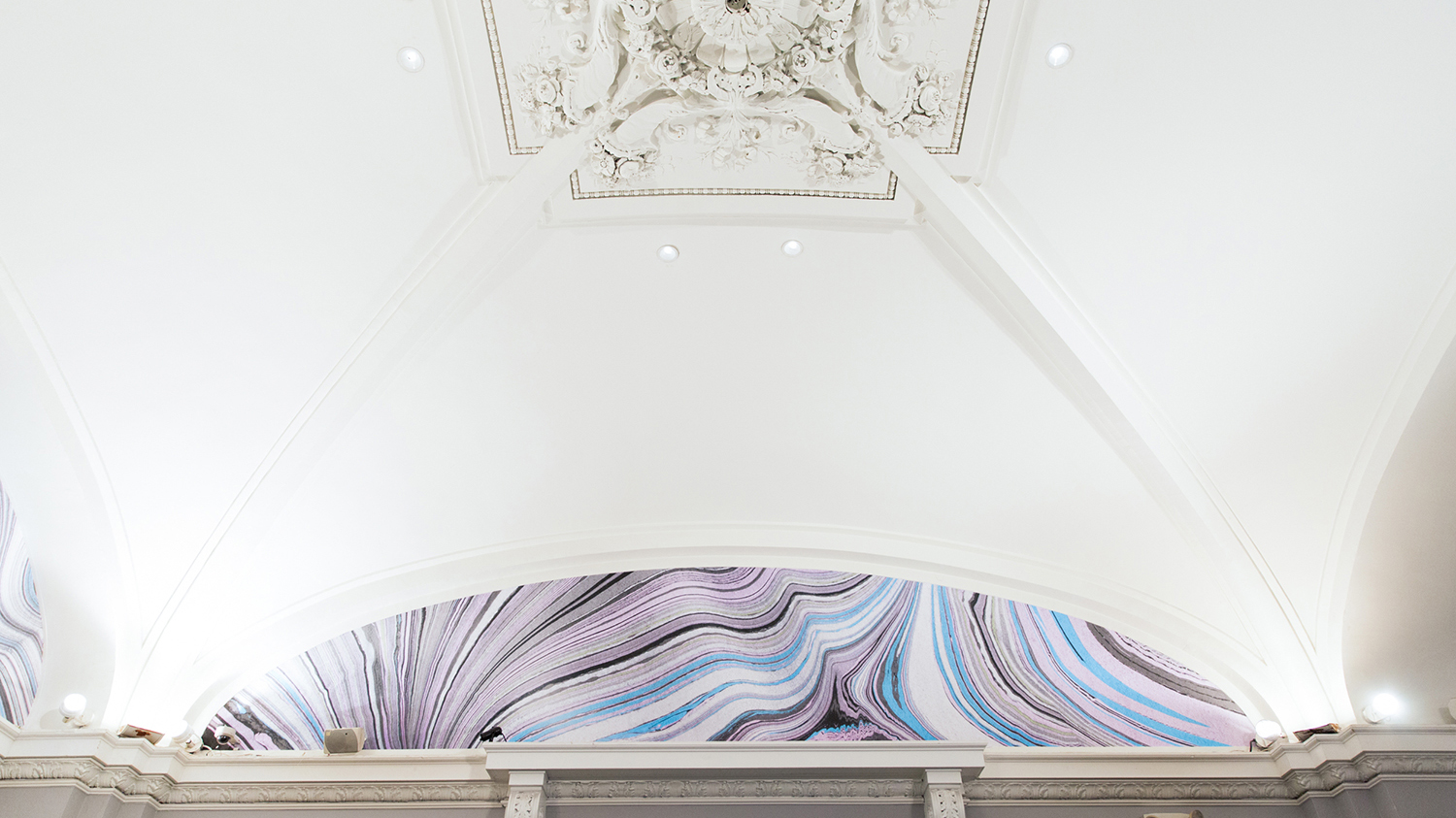 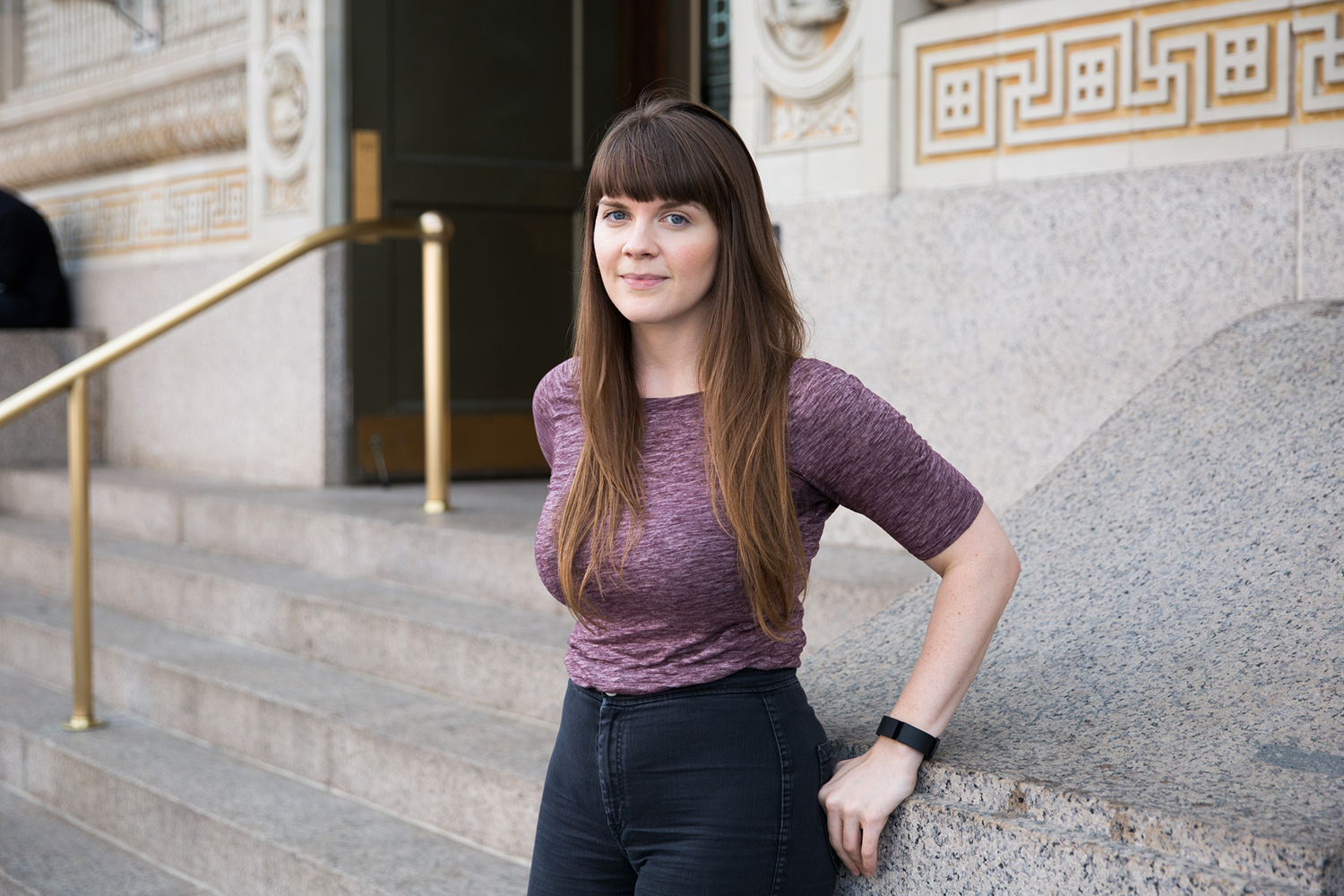