José Parlá Premieres ONE: Union Of The Senses At The Brooklyn Academy Of Music

“My studio is a laboratory, a library, and a classroom. It’s a place to create, solve problems, and learn. Painting or making a film is like mathematics; adding and subtracting within the image, through feeling, seeing, and reacting to everything,” says José Parlá.

We arrive at the artist’s Brooklyn studio as he’s editing his latest project, an experimental documentary film entitled ONE: Union of the Senses and its accompanying series of visual artwork.  Both are scheduled to premiere at the Brooklyn Academy of Music’s Fisher Building the week before Memorial Day.

The film, which the artist describes as “a love letter to New York City,” is directly inspired by the artist’s monumental ninety-foot mural of the same name commissioned for One World Trade Center in 2015.  Starring the people of New York as well as the artist himself, the film captures Parlá’s creative process both in his studio and as he traverses the city.

Alongside the film, a series of visual works of art by Parlá, coordinated by the Bryce Wolkowitz Gallery and Parlá Studios, will open first in BAM’s Fisher lobby, and then continue with an installation of works in the artist’s studio.  “We’re going to present these works I’ve done called mono-transfers,” says Parlá. “They’re made from pressing paper onto the surface of the Union of the Senses painting I made for the World Trade Center.” He made these mono-transfers, he explains, “by pressing on the surface and pulling the paint [off]; I took layers of the painting off onto the paper and transferred them to other areas of the painting’s composition.”

Standing in the middle of Parlá’s vast, well-lit studio space (designed by Snøhetta) we can’t help but stare at the works-in-progress hanging on the walls.

“I like to imagine that it’s abstract storytelling,” Parlá says of his work. “And that the viewer also has part in that story; that they can imagine these to be their stories. The One: Union of the Senses film mirrors the sensibilities and ideas I had while creating the painting at the World Trade Center. I felt deeply a part of the painting; while making it I felt that I was experiencing synesthesia.”

And that’s also how Parlá feels about the filmmaking process.

The artist goes on to explain how with his film, he’s going into new territory, pushing the spirit of visual experimentation and music. “Film is part of my family history. My father studied film in Cuba at the ICAIC [The Instituto Cubano del Arte e Industria Cinematográficos], my great aunt Alicia Parlá, a renowned Rumba dancer, appeared in Hollywood films of the ’30s, and my brother Rey Parlá is a filmmaker, as well as an incredible artist. My brother in particular has been a major inspiration and teacher along the way in this project.” He adds, “I also co-directed Wrinkles of the City – Havana, Cuba with my friend [French artist] JR, and that was a great starting point for me into producing and making films through my label, Parlá Studios.”

As an artist, Parlá has always been interested in sound; in particular, the music of his childhood. The artist’s first ten years were spent in Puerto Rico, and his adolescence in Miami. “There was always music in my life,” he says. “From as young as I can remember. First in Puerto Rico: Salsa, Bomba, Plena, Mambo, Cha-cha-cha, and Cuban Rumba. Then moving to the United States in 1980, the first thing I heard was hip-hop music. I fell in love with it. And it was the golden era of hip-hop at that time. So music was something I absorbed and collected. The rhythms stick with me when I work.”

We ask more about the film at BAM, and Parlá immediately starts talking about the sound. “There are two versions of the film. One has an original score by producer and multi-instrumentalists Leon Michels and Michael Leonhart and then that same music is going to be played live at some of the screenings in London and Paris.  For the live scoring at BAM, we’re going to make it twice as long: twenty-two minutes. So it will be shown silently, but with a live orchestra. It will be composed and performed by El Michels Affair, a New York-based instrumental group led by Leon Michels, as well as the powerhouse eclectic live ensemble The Michael Leonhart Orchestra.”

Parlá explains that he thought a lot about the music before filming because it really affected “the kind of vibe [he] wanted” for the film. “I was inspired by a film from the 1970s called Stations of the Elevated, which had original music by Charles Mingus and Aretha Franklin; it’s a beautiful jazz abstraction of music and footage of New York City. I wanted to play off that but give it a whole new feeling, and incorporate some Latin congas and drums, and a lot of brass, so there’s a lot of horns. And there are sounds from the city; and so all of that [together] is sort of the symphony of the work. The music is a main character in the film; it shares the other side of the story through sound.”

So what came first: the music or the film?

“We shot first, and then produced the music. But then we edited the film to the music. It all really gels well together; it’s constructed in a way where everything is one.

“The message of the work is unity,” says Parlá. “ONE: Union of the Senses. It’s all about how much more unity we need in this world. It’s also a love letter to New York.  New York, to me, is one of the cities where you see a lot of diverse groups of people from all over the world, different types of cultures, living more or less peacefully. It’s representative of what a lot of places can be like or should be like or might want to try to be like. I’m not saying there aren’t places that aren’t better in other ways—but it’s a love letter to New York.” 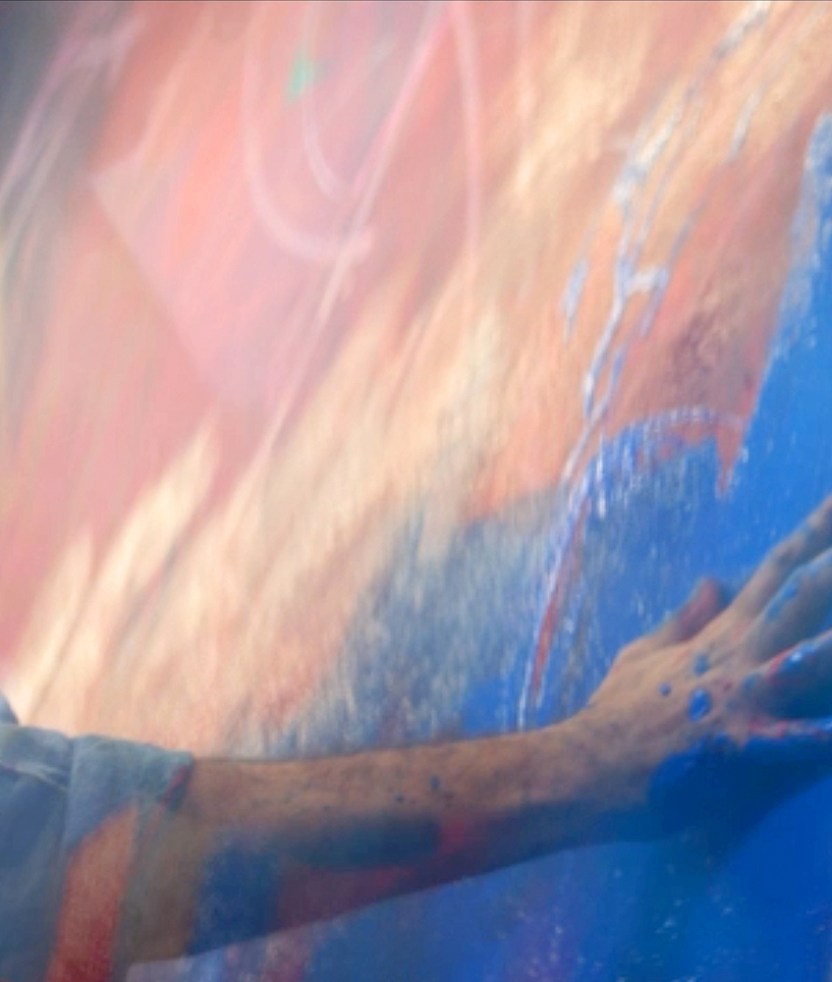 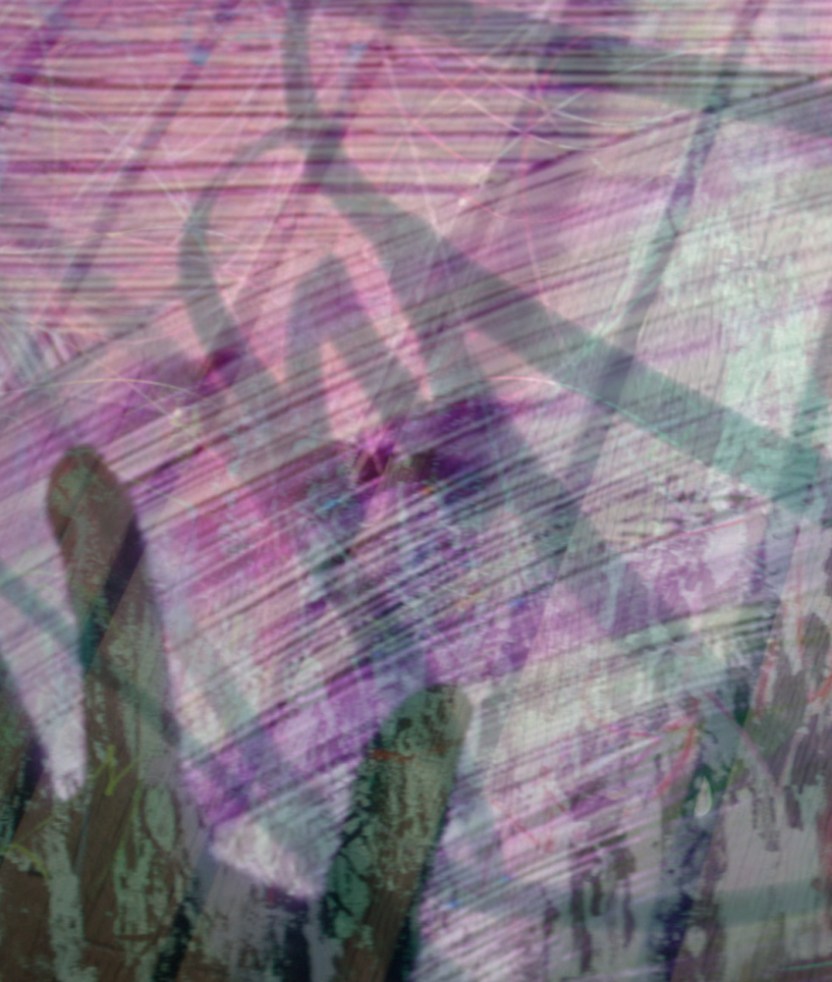 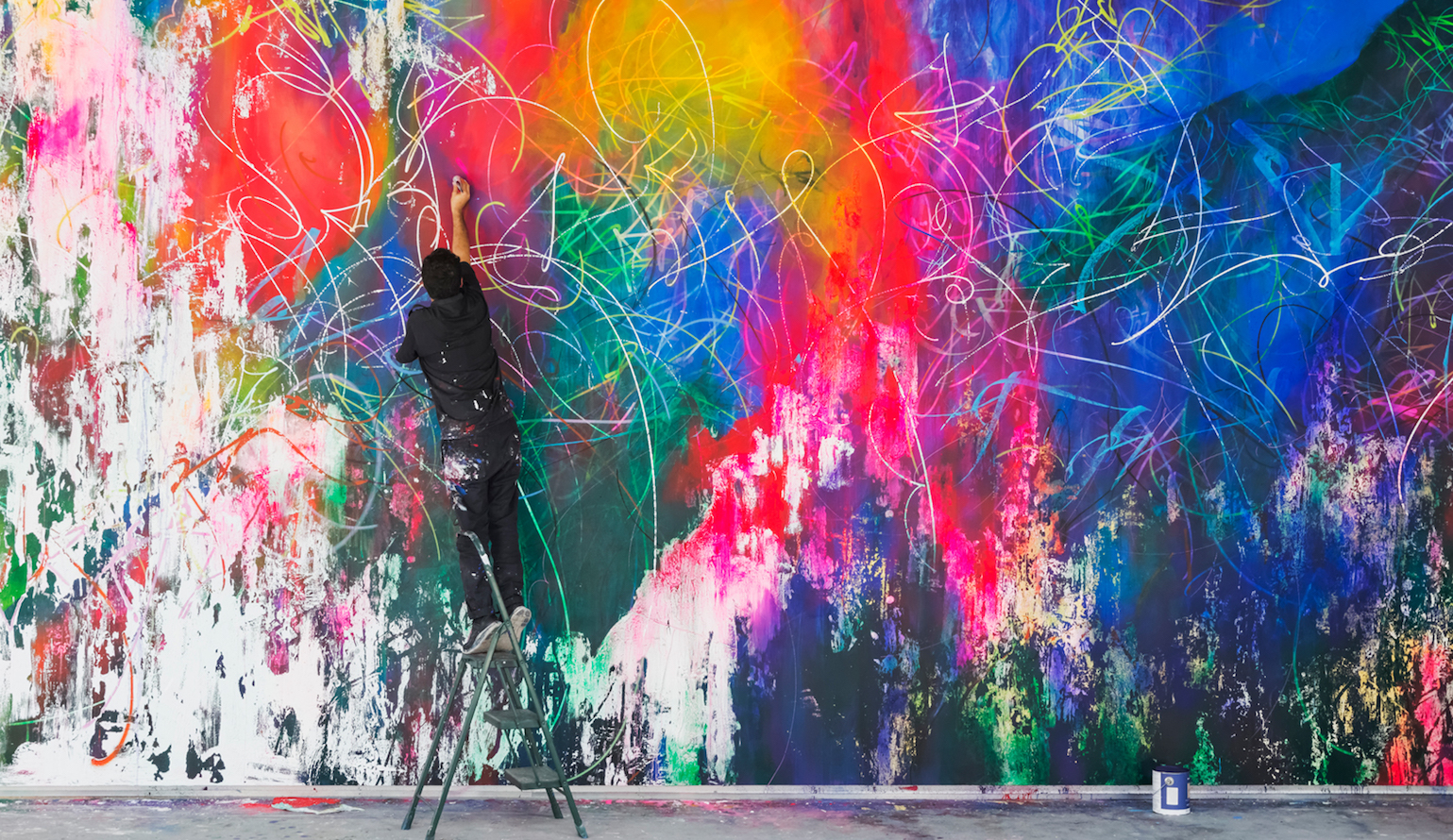 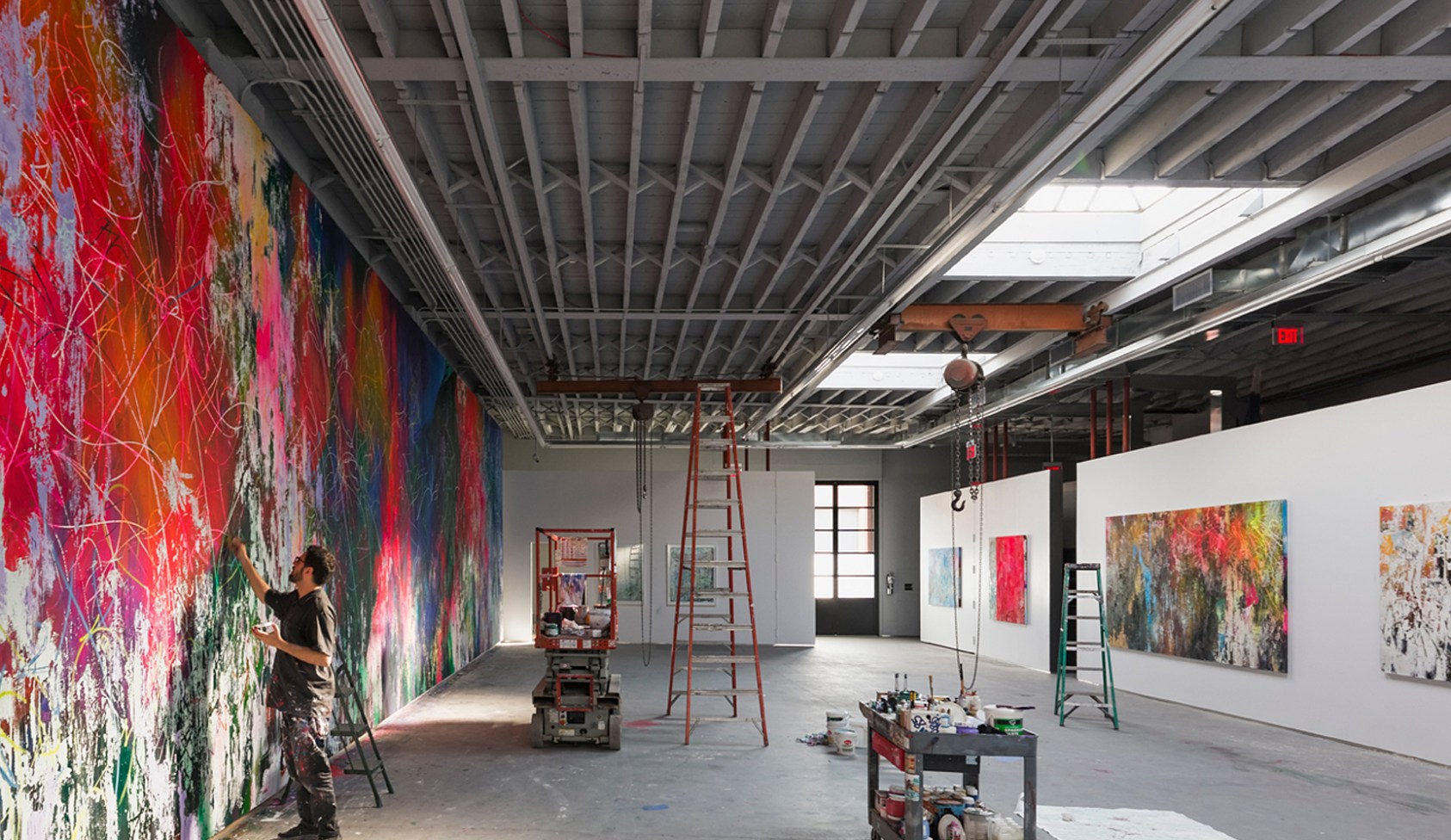 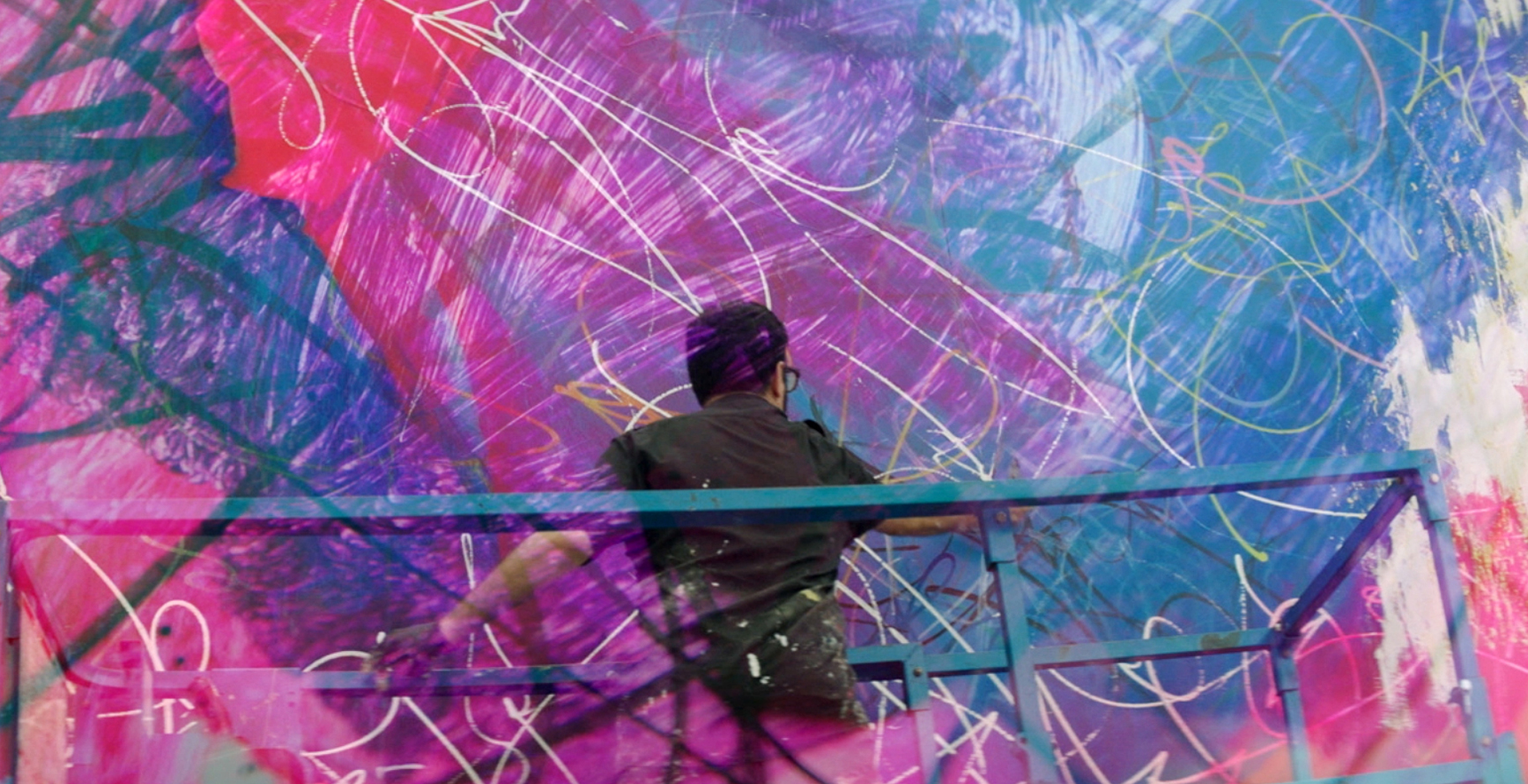 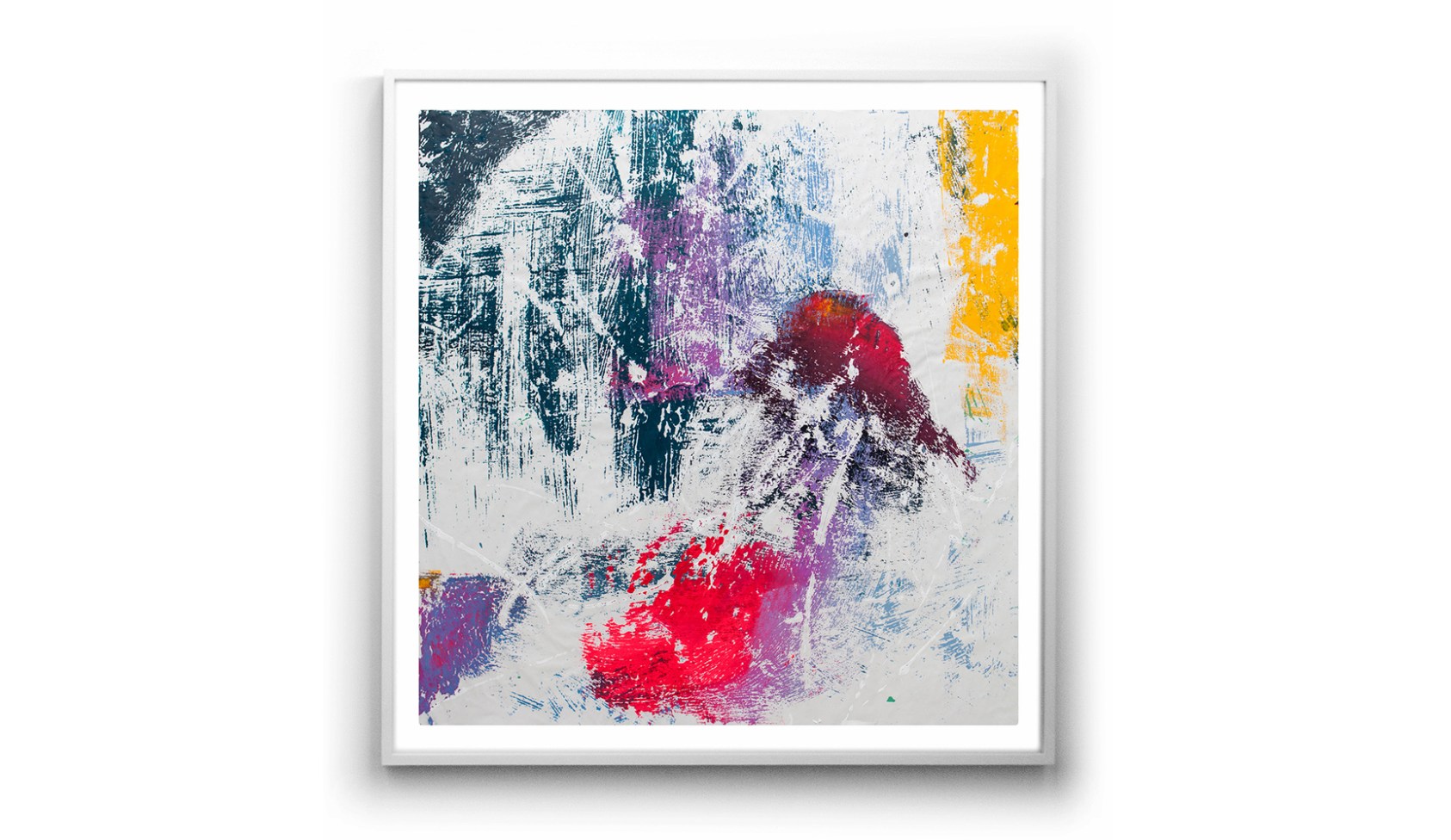